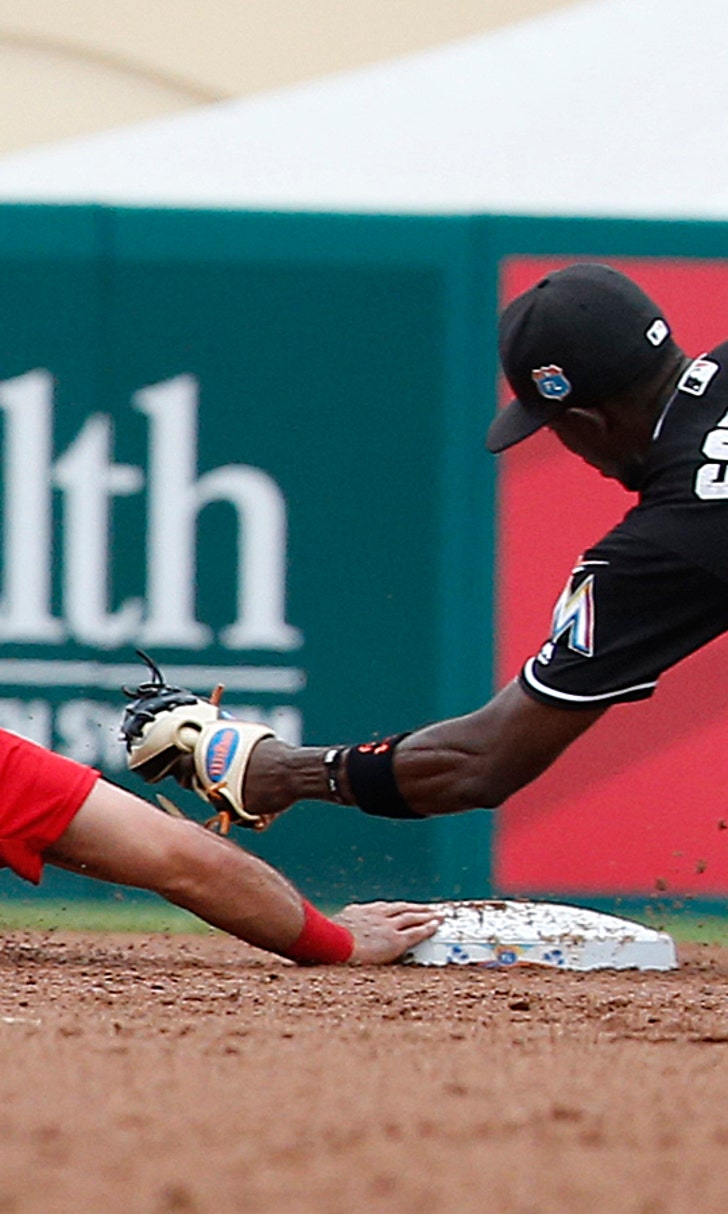 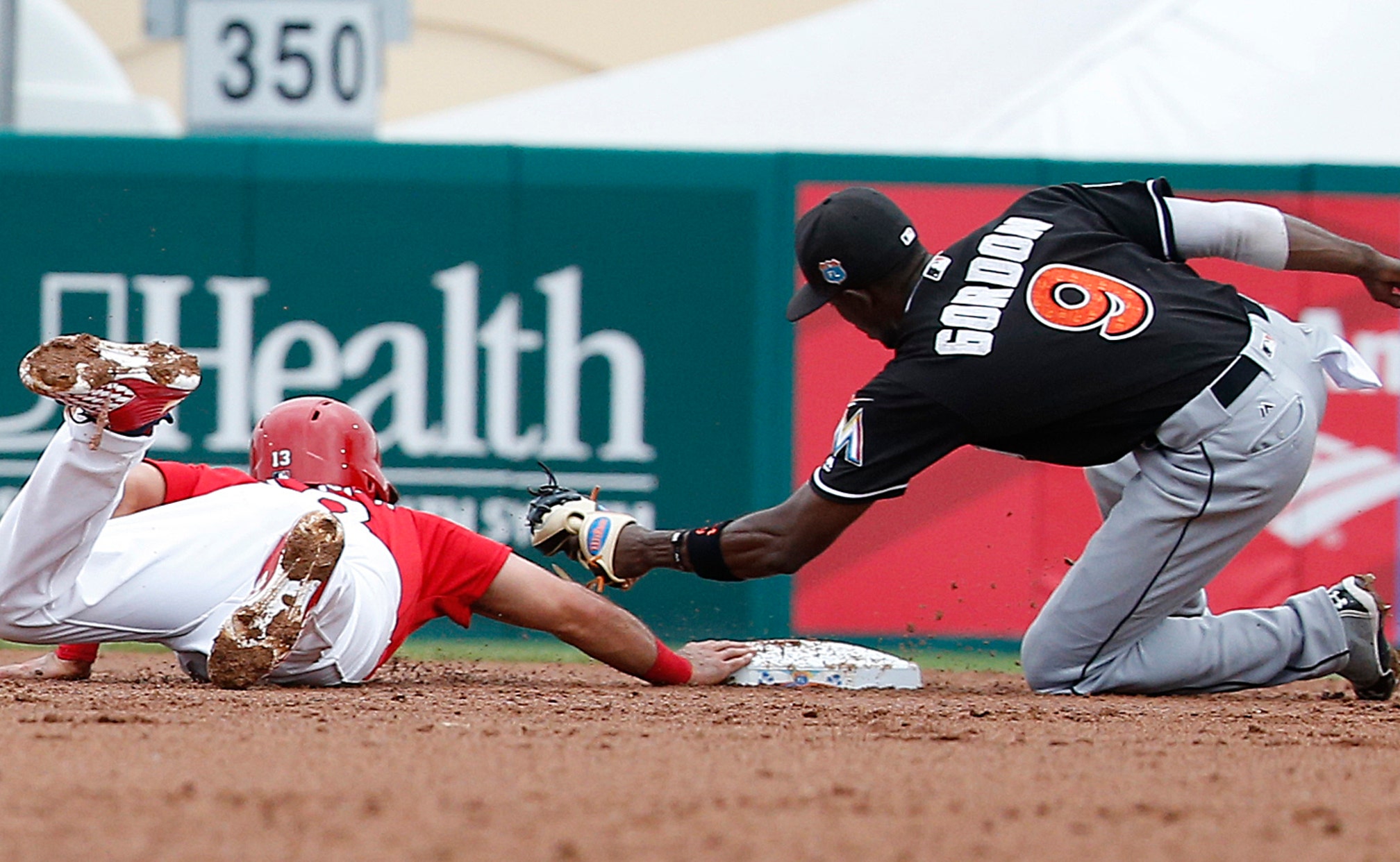 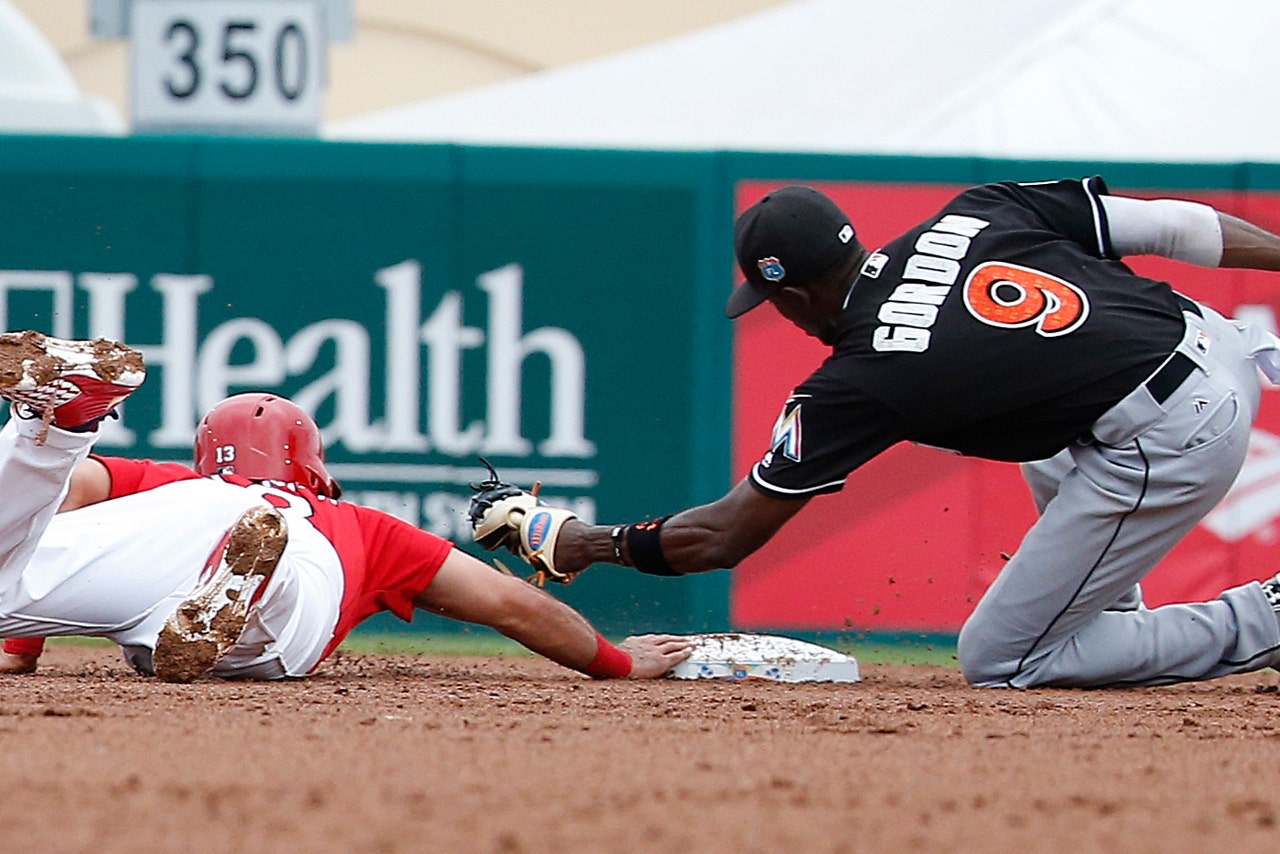 JUPITER, Fla. (AP) -- New St. Louis shortstop Ruben Tejada got a hit and made a couple of slick plays in the field Sunday during the Cardinals' 5-2 loss to the Miami Marlins.

Tejada joined the NL Central champions Saturday, three days after being released by the Mets. Star Cardinals shortstop Jhonny Peralta is expected to miss two to three months after having thumb surgery.

Making his first start and second appearance of the season, Miami's David Phelps allowed one run on two hits and a walk while striking out five in three innings.

Matt Carpenter hit his first homer of the spring and also doubled for St. Louis.

"I think it's just the natural progression of your mind, as you get closer and this locker room starts to dwindle down, you just kind of go to that place mentally as we get closer to opening day," he said.

Christian Yelich had three hits for the Marlins, equaling his total for the entire spring entering the game.

"It looks like his timing is coming, so hopefully this is just the start of him just getting it together," Miami manager Don Mattingly said.

Matt Holliday made his second Grapefruit League start in left field this spring, but work he put in at first base early in the spring appears to have paid off. Matheny called Holliday a "viable option" at the position moving forward.

"He's good over there, ready to go if we need to go down that road," Matheny said.

Cardinals: Leake is settling in with new catcher Yadier Molina.

"A few balls elevated today that I'd like to take back but I think (Molina) and I are doing a pretty good job so far, and we had some nice plays behind us as well," Leake said.

Cardinals: Third base coach Jose Oquendo returned to camp after undergoing surgery on his right knee. Oquendo is walking with the aid of crutches so he couldn't coach third. In his absence, first base coach Chris Maloney moved to third and Mike Shildt, manager of the Cardinals' Triple-A affiliate in Memphis, coached first. Oquendo is expected to be ready for opening day.

The Cardinals sent nine players to the minors, including shortstop Aledmys Diaz, who had been in the mix to replace Peralta prior to the signing of Tejada.

"A year ago, he was never in the conversations of being part of what we're doing here," Matheny said. "Now he is. That, to me, is a great compliment."

Marlins: Travel to Port St. Lucie to face the New York Mets. Jarred Cosart gets the start for Miami vs. Jacob deGrom.

Cardinals: Send Marco Gonzales to the mound when Boston visits Roger Dean Stadium. Clay Buchholz gets the ball for the Red Sox.