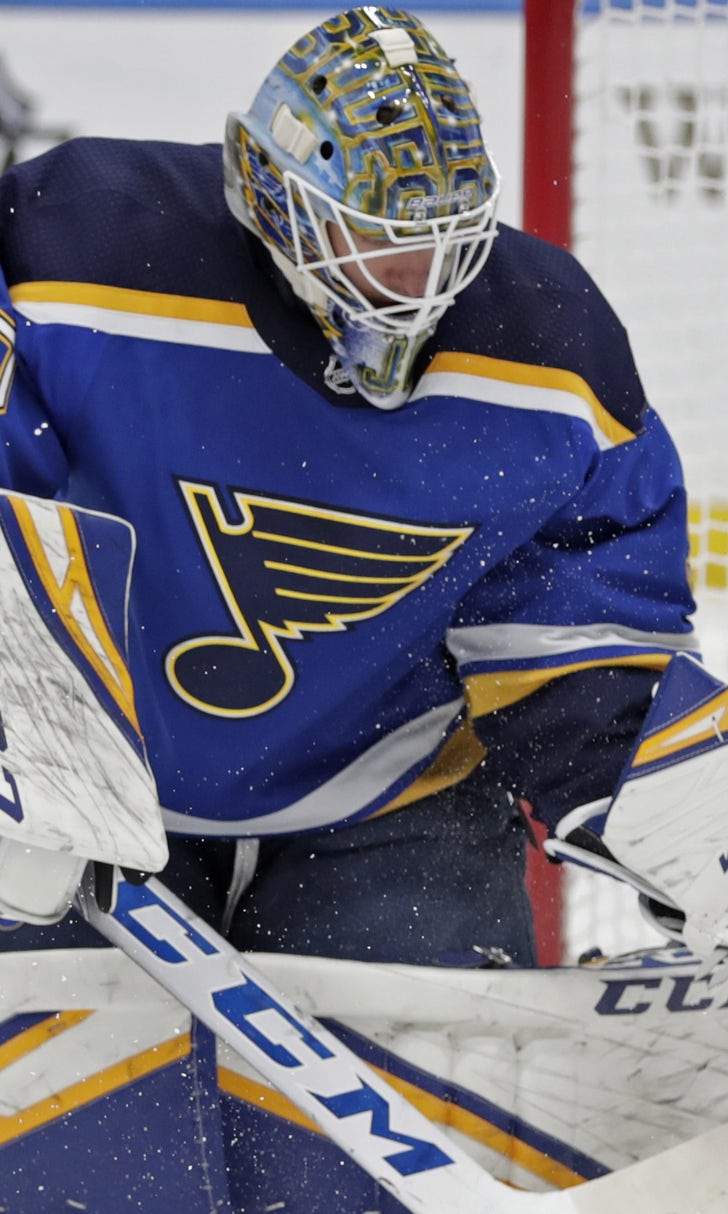 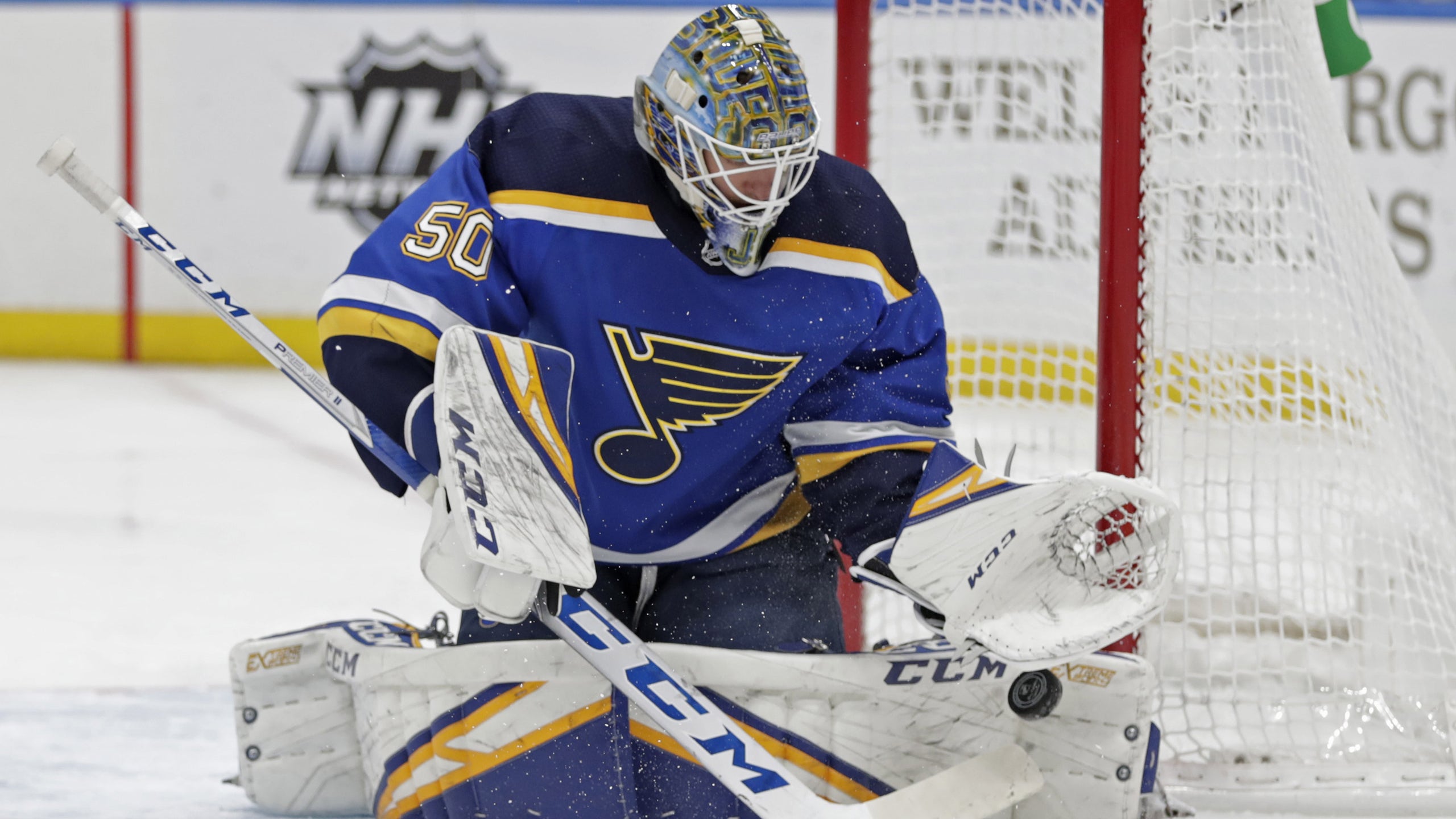 previous story
After near-miss in 2018 postseason, Brewers begin spring training with 'clean slate'
next story
After 'putting it all together in August,' Royals look to build on strong finish

Winnington: Blues goalie is making most of long-awaited chance 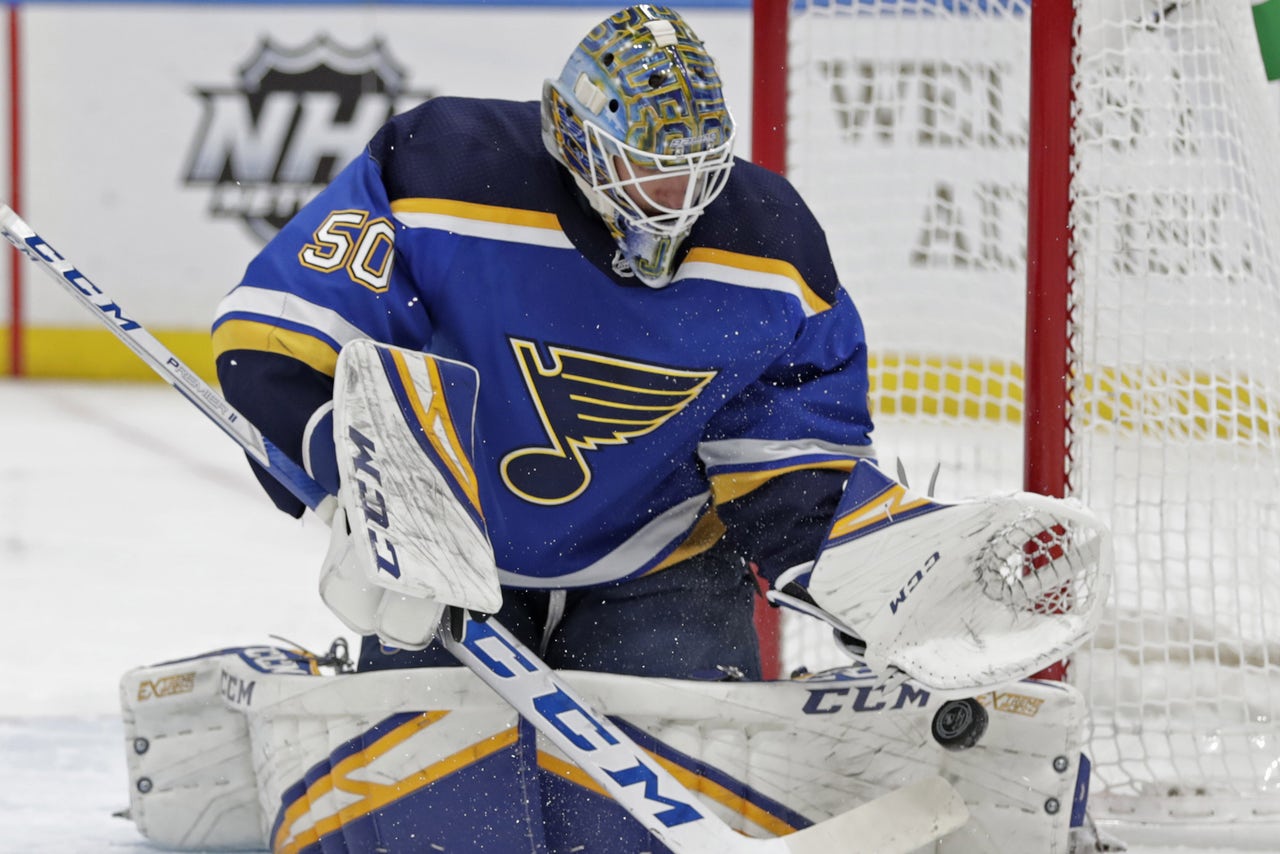 Jordan Binnington doesn't let much get to him.

When junior goaltending coach Greg Redquest tried to put him through a post-practice skate, he came away seeing the same chill Binnington.

Binnington is playing cool and has helped make the St. Louis Blues the hottest team in the NHL. After finally getting his call-up from the minors at age 25, Binnington is 12-1-1 with four shutouts in his first 14 starts and the Blues have won 10 in a row to go from out of the race to firmly in a playoff position.

When Binnington made his first start Jan. 7, St. Louis sat dead last in the Western Conference, nine points back of a playoff spot. The Blues turned to him to make a difference.

"With a little bit of pressure comes opportunity, right?" Binnington said. "You try to do your best to feel confident and prepare for the moment, so you just work hard off the ice and on the ice in practice, and when the moment finally comes, hopefully, you're prepared. That's kind of how I looked at it."

It has been a near-perfect look. Binnington has stopped 356 of 380 shots for a 1.58 goals-against average and .937 save percentage. He's the first goalie since Curtis Sanford in 2005-06 with multiple 30-save shutouts.

That kind of play is just what the Blues needed to crawl out of a hole dug before Craig Berube replaced Mike Yeo as coach.

A lack of confidence has never been the problem.

Redquest, who coached Binnington for four seasons with the Ontario Hockey League's Owen Sound Attack, said the goalie's technique has always been on point, with the need for just a few tweaks here and there. The mental part of the game was a work in progress.

Redquest, who still works with Binnington in the summer, said if a bad goal gets in, sometimes he'd just ask about what Binnington did the previous night to get his mind off it and back on track.

Binnington hasn't allowed many goals, but he has shown an uncanny ability to shake them off, not allowing more than four in a game so far.

"If the puck goes in, it doesn't bother him," Redquest said by phone Monday "(Blues veteran goalie) Jake Allen, he plays a little bit deeper in the goal than Jordan. Jordan comes out and challenges a bit more and everything hits him, and it's just hitting him. And he's so patient. He won't overplay anything."

So what took so long for Binnington to get this chance? Mostly a numbers game, with the Blues committed long term to Allen and rotating Brian Elliott, Carter Hutton and Chad Johnson into the crease in recent years.

Binnington bided his time in the American Hockey League, competing and building a friendship with Pheonix Copley, a former Blues prospect, along the way. The two came to blows in a game last year but are now both in the NHL.

"I think we both understood that having that competition is healthy and it pushed us both to be better goalies and learn from each other," said Copley, who is the Washington Capitals' backup. "We had a really beneficial relationship for both of us."

Binnington earned AHL All-Star honors last year and had three shutouts in his first 16 games this season under coach Drew Bannister and assistant Daniel Tkaczuk, whom he knew from juniors. Bannister noticed a more confident and mature goalie than the one he knew from several years earlier when it came to brushing off adversity.

"Jordan himself off the ice has had to adjust himself, too, and not kind of let things bother him," Bannister said. "In the past, Jordan, that was probably part of his game where he let things bother him and it worked into his game. I think you see a goalie that believes in himself and, obviously, his teammates believe in him."

His AHL teammates believed in him, and when Johnson didn't work out and was put on waivers, Binnington got the opportunity he had been waiting for and fit right in with the Blues.

"That's where your surroundings come in," Binnington said. "There's good people around you that can keep you going in the right direction and believe in yourself. If the opportunity came, you want to be prepared for it, so that's kind of what my mindset was. Thankfully, it came."

The Blues are thankful, too. They've played better in front of their goalies since Berube took over, but Binnington making so many expected and unexpected saves has changed the course of St. Louis' season.

"Obviously, he's playing outstanding," center Ryan O'Reilly said. "With Binner coming in with the way he's been playing, I think it's a spark. I think he's coming in excited and playing with great energy. It provides a spark, for sure."