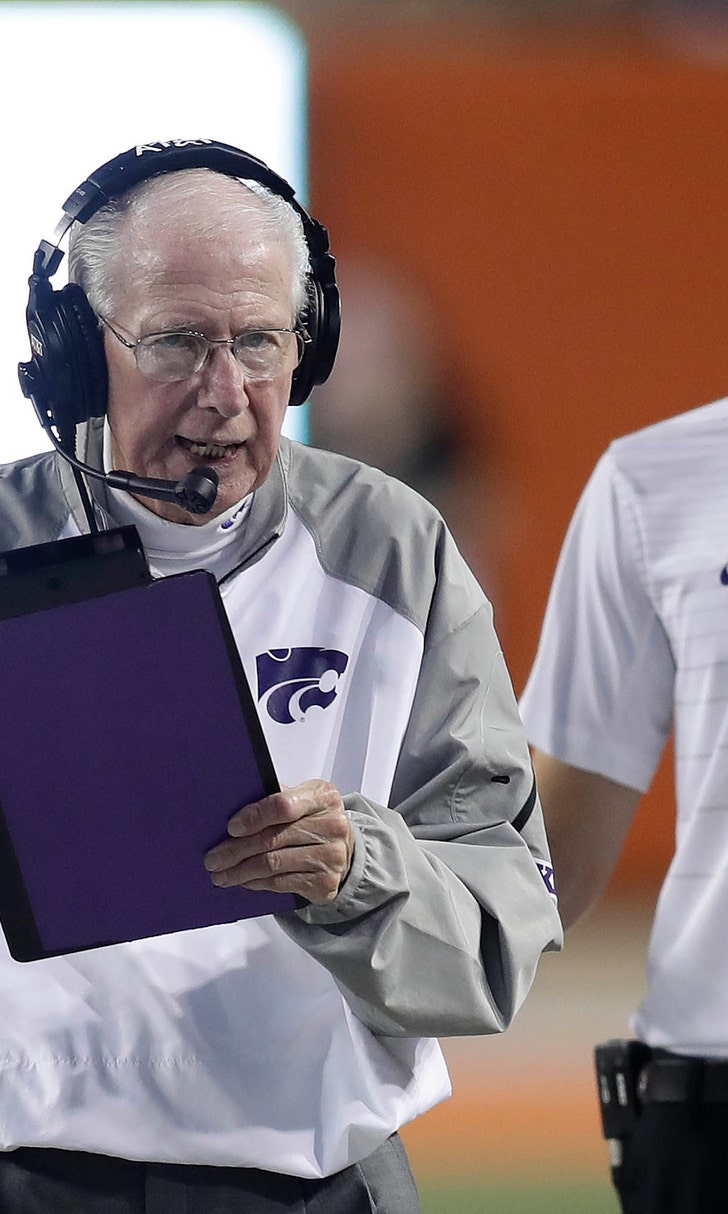 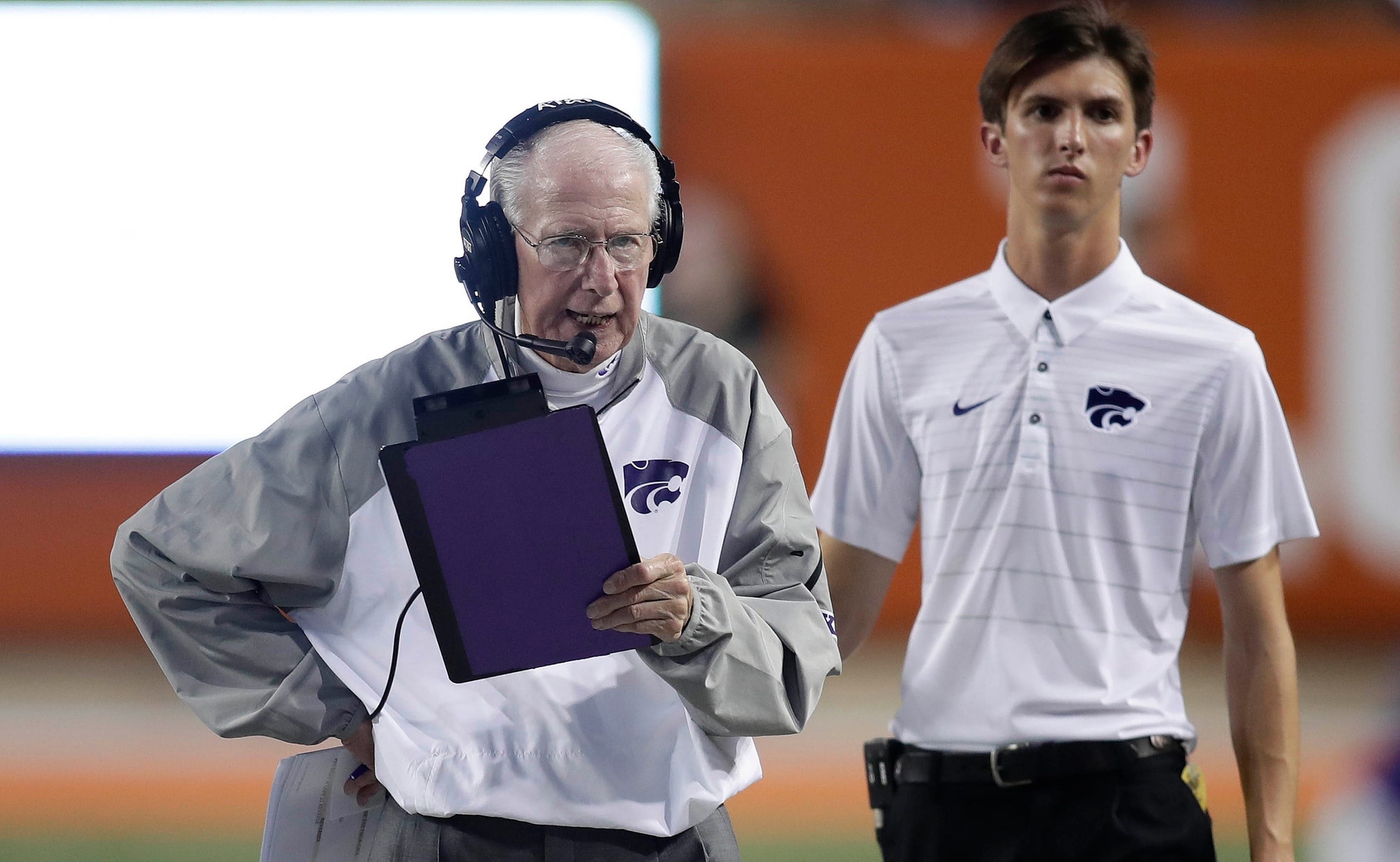 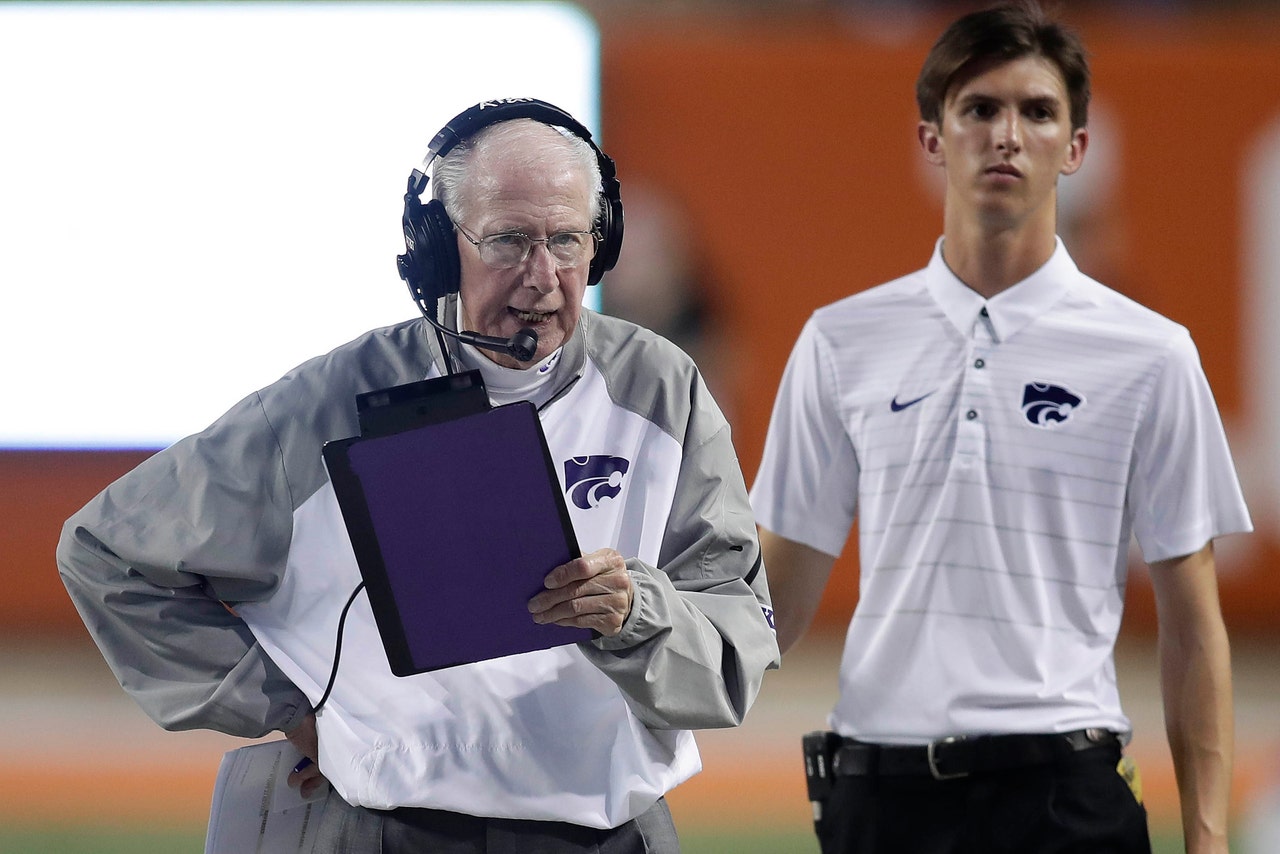 Texas Tech is looking to finish games better, and maybe a season while the Red Raiders are at it.

Kansas State was looking for more coming off nine wins with most of the offense returning. Instead, a double-overtime loss at Texas early in the Big 12 schedule started a three-game losing streak that just ended with a win at Kansas.

It didn't help that quarterback Jesse Ertz was injured against the Longhorns.

"I know (bowl eligibility) is on their mind and I know their aspirations to do some of the things they were excited about earlier in the season do not exist now," Kansas State coach Bill Snyder said. "A bowl game is certainly a reward for some people and the program. They understand that."

Texas Tech is trying for a third bowl in five seasons under Kliff Kingsbury. The Red Raiders have lost three straight, starting at West Virginia when they couldn't hold a 35-17 lead and were outscored 22-0 in the fourth quarter.

"Kind of the million-dollar question why we can have these stretches where we're dominant and then play poorly at times," Kingsbury said. "So that's been a focus for us and will continue to be a focus this last stretch."

Things to consider with the Wildcats seeking their sixth win in their last seven meetings with the Red Raiders:

The Red Raiders are 4-12 in November under Kingsbury and will need a better finish to avoid a third losing season in the past four years. Texas Tech has split a pair of November games against Kansas State under Kingsbury, including a loss that was part of a five-game skid following a 7-0 start in Kingsbury's debut at his alma mater in 2013.

It's been senior to sophomore to freshman at quarterback for Kansas State. Alex Delton replaced Ertz against Texas and made the three subsequent starts before getting hurt against the Jayhawks. Skylar Thompson subbed for Delton and led a drive to a field goal and a 10-point lead with less than two minutes remaining.

Texas Tech quarterback Nic Shimonek threw for 10 touchdowns without an interception over the Red Raiders' first two games this year but has one interception in each of the past six games. He is coming off a solid game against the Sooners, with his fifth 300-yard game (322) and four touchdowns. The problem was Tech scoring just once after taking a 20-14 first-quarter lead in Norman.