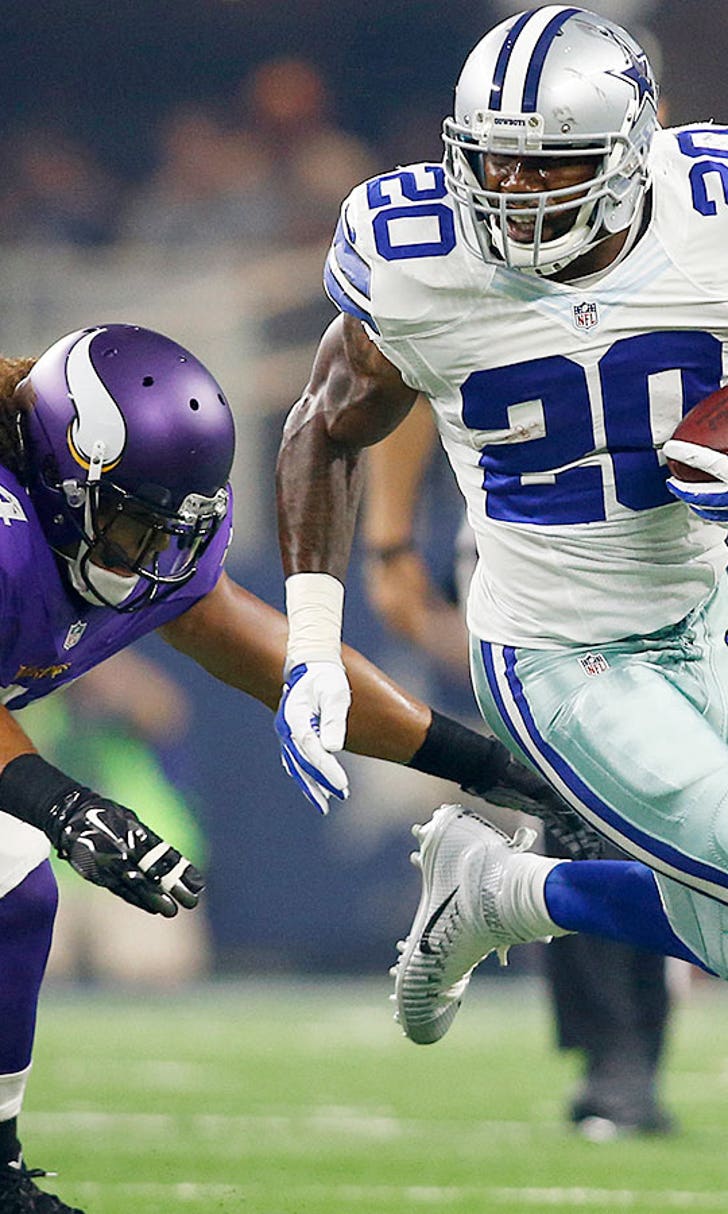 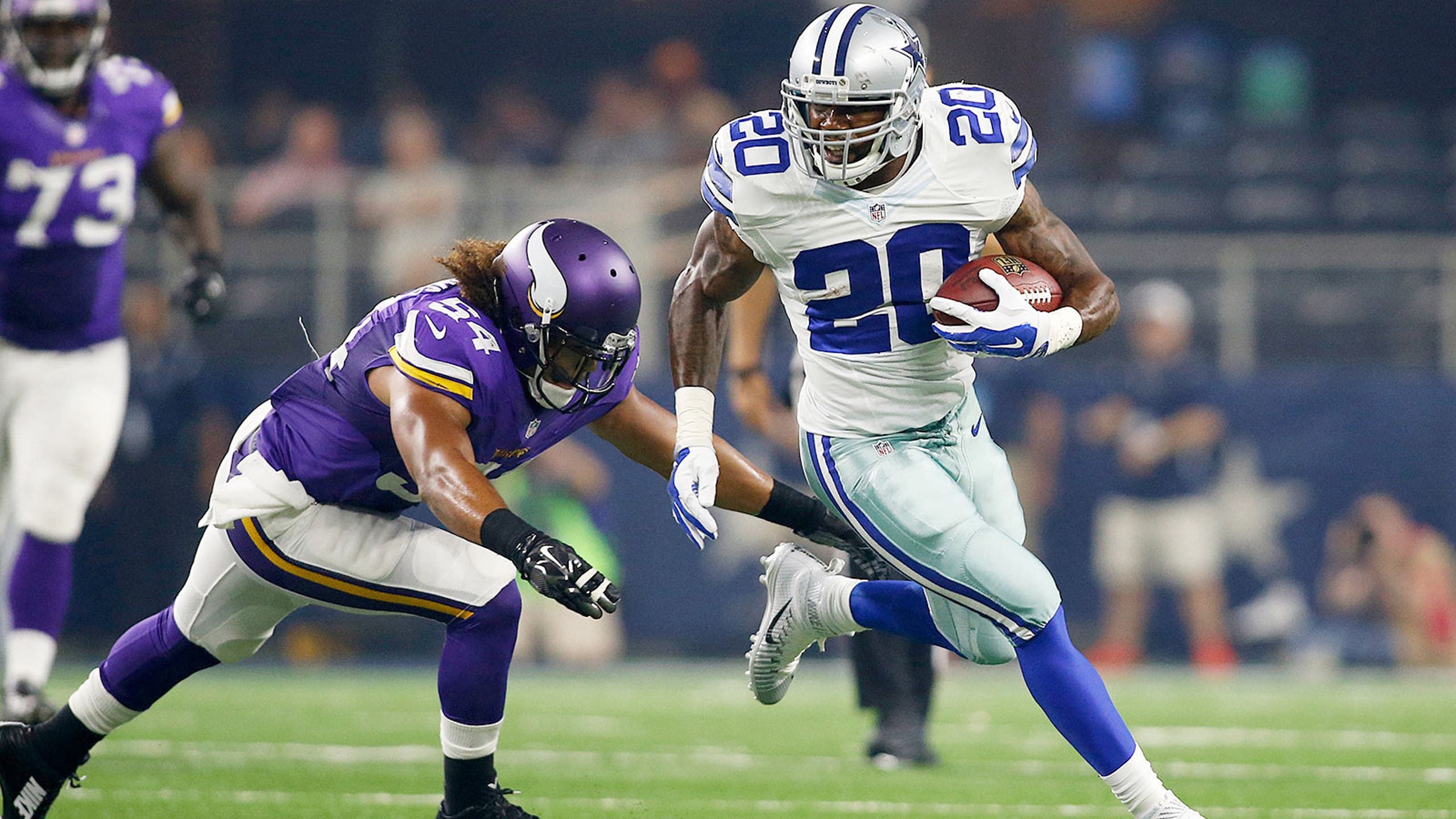 Top Week 8 fantasy football matchups: Should you run with DMC? 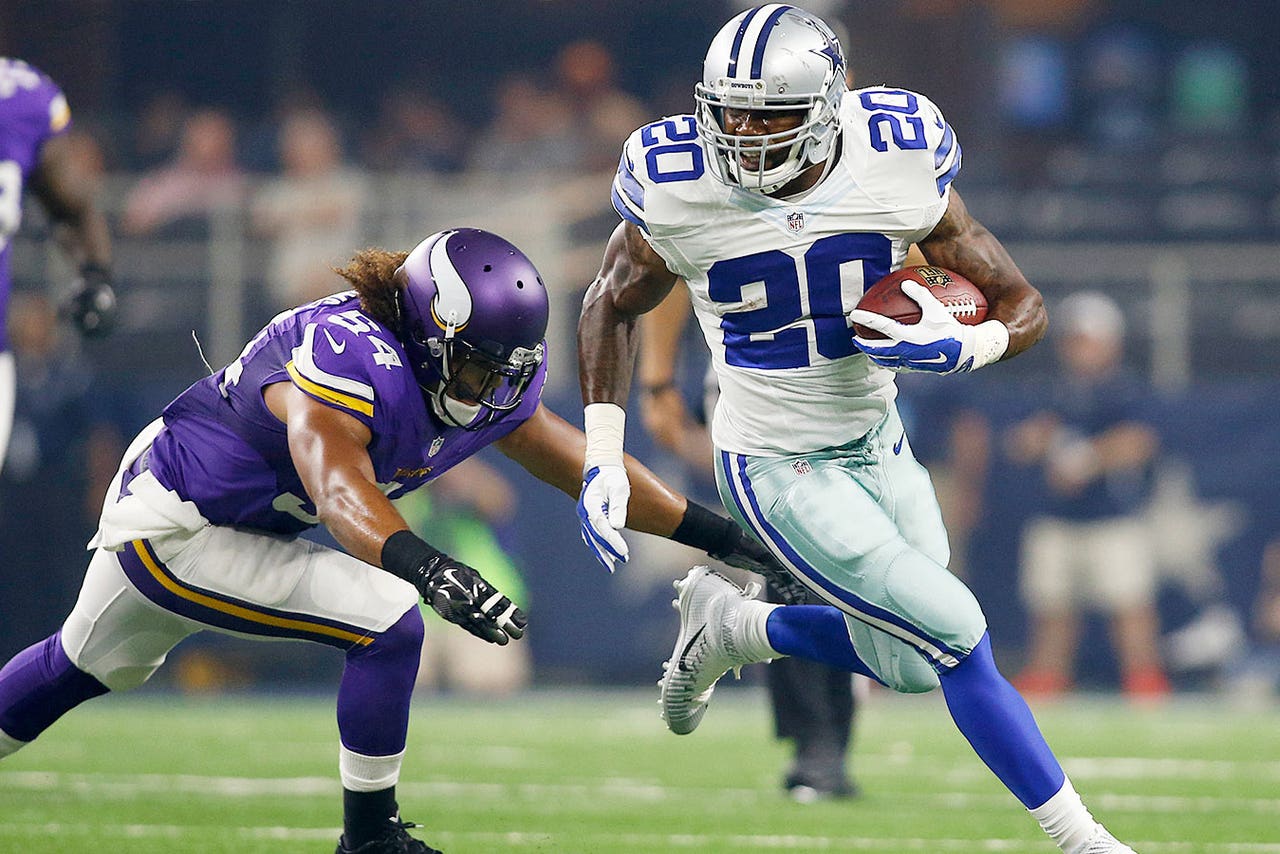 Through seven weeks, our Position vs. Fantasy Defensive Points Allowed tool is solidifying as a tool to help you find good matchups. It'll keep getting stronger as the weeks go by, and we'll have less reason to say things like, "But they played against Devonta Freeman last week - of course their numbers versus running backs are horrible!" Did you know that Freeman (187.1) has 49 percent more PPR fantasy points than second-place running back Mark Ingram? We should probably put Freeman in the Hall of Fame now and avoid the unnecessary wait.

As always, please remember that the players listed are mostly meant to be borderline guys, who need reasons for you to play or bench them. You won't see recommendations to start DeAndre Hopkins and Le'Veon Bell, because you should always start Hopkins and Bell. If a player is close to the start/sit fence, we'll push him one way or the other.

Note: The fantasy points per game (FPPG) referenced below are from FOXSports.com standard leagues.

In his five full games, Carr has averaged a strong 22.9 fantasy points. He's on the play side of the ledger more often than not, but this week might be a "not." The Raiders host a Jets' defense that ranks third with 13 FPPG allowed to opposing quarterbacks, fourth in passing yards per game allowed (211.7) and first with 5.6 yards per attempts allowed. Carr had just 12 fantasy points versus the Broncos a few weeks ago, and could be in line for a similar outing Sunday.

Smith has been steady, scoring between 15.3 and 20.9 fantasy points in his last five games. This week in London, he faces a Lions' defense that ranks 24th with 18.6 FPPG allowed per game, and dead last with 9.1 YPA allowed. He's expected to get WR Jeremy Maclin (concussion) back, too.

With Arian Foster done for the season, Brian Hoyer is going to throw and throw and throw some more, usually to DeAndre Hopkins. The Titans' defense is about average with 15.6 FPPG allowed to opposing QBs, but they've been passed on a league-low 163 times in six games, probably because it's so easy to run on them. If the Texans throw more, they're likely to find the Titans (7.8 YPA allowed) more vulnerable than some think.

In this week's RBBC article, I wrote that McFadden "slots as an RB2 as he'll probably catch some passes even if rushing the ball will be a struggle." I ended up ranking him at RB25, just outside RB2 range. McFadden's workload should be good, but he has a reeeealllly tough matchup with a Seattle D that ranks second with 11.5 FPPG allowed to opposing backs, and fifth in yards per carry allowed (3.7). I get that McFadden might be one of your two best RB options, and he's not an avoid-at-all-costs type. I'm leaning slightly against him in this one, though.

The word from Houston is that the Texans will use a Blue/Chris Polk/Jonathan Grimes committee in Arian Foster's absence, and that makes sense. The first three weeks of the season suggested that while a committee is likely, any big games will probably come from Blue, who ran 31 times for 139 yards against the Bucs in Week 3. The Titans have given up 129.2 rushing yards per game and 4.6 yards per carry, while allowing 100-yard rushers in each of their last two games. This could be a spot for Blue to shine, as long as he gets 15 carries.

Looking at the other side of the ball in the Titans-Texans game, Tennessee head coach Ken Whisenhunt said Monday that Antonio Andrews "deserves more carries." While you should always be skeptical of any back in a three-man committee, Andrews will face a Texans' defense that ranks 28th with 23.2 FPPG allowed to opposing running backs. He's 27th on my board for the week, and might still be available in your free-agent pool.

A standard tactic for fantasy success is to take any advice I offer on Jones, and do the opposite. The guy exists to make me look stupid. But, we've gotta move on, right?

Jones and the Packers visit a nasty Broncos' defense that ranks second with 13.4 FPPG allowed to opposing wideouts. Furthermore, though Jones has six touchdowns already, he's caught just two passes in each of his last two games. Unless Jones has acquired touchdown superpowers â kind of like he had in 2012 â he's unlikely to produce with this kind of volume. Add the return of Davante Adams to the Packers' receiving corps, and Jones looks like a player to avoid in Week 8. If he catches three passes for 26 yards and three TDs, I'll chalk it up to more anti-Halpin spite.

It's unclear how the Lions might change their offensive identity under new offensive coordinator Jim Bob Cooter, but we can hope he'll get Tate more involved. There's no better time to do that than against a Chiefs' defense that ranks last with 33.2 FPPG allowed to opposing wide receivers.

Stevie Johnson was targeted eight times last week, catching four passes for 50 yards. With Antonio Gates (knee) likely to miss another game, Philip Rivers can't throw all of his 900 passes to Keenan Allen, right? Johnson is an interesting flex candidate against a Ravens' defense that ranks 31st with 31.2 FPPG allowed to opposing wide receivers. The Ravens have permitted a terrible 104.1 QB rating to opposing quarterbacks â they can be thrown on at will.

This one isn't exactly groundbreaking advice. Rudolph has caught touchdown passes in each of his last two games, but only had four receptions in the games, and faces a Bears' defense that has given up just 3.5 catches and 32.2 yards per game to opposing tight ends. This week's "stay away" TE group doesn't include anyone you'd usually want to start.

Witten caught six passes for a season-high 73 yards against the Giants last week, and gets a matchup with a Seahawks' defense that has proven vulnerable to opposing tight ends (12.4 FPPG allowed). Maybe they'll cover Witten better than they covered Greg Olsen.

Think Witten is too obvious? Consider Ben Watson, who has a home date with the Giants' TE-challenged defense (11 FPPG), Watson's big Week 6 performance (10-127-1) was followed by a respectable Week 7 game that included four catches for 59 yards, but he was tackled twice at the one-yard line. As streaming tight ends go, you could do worse.