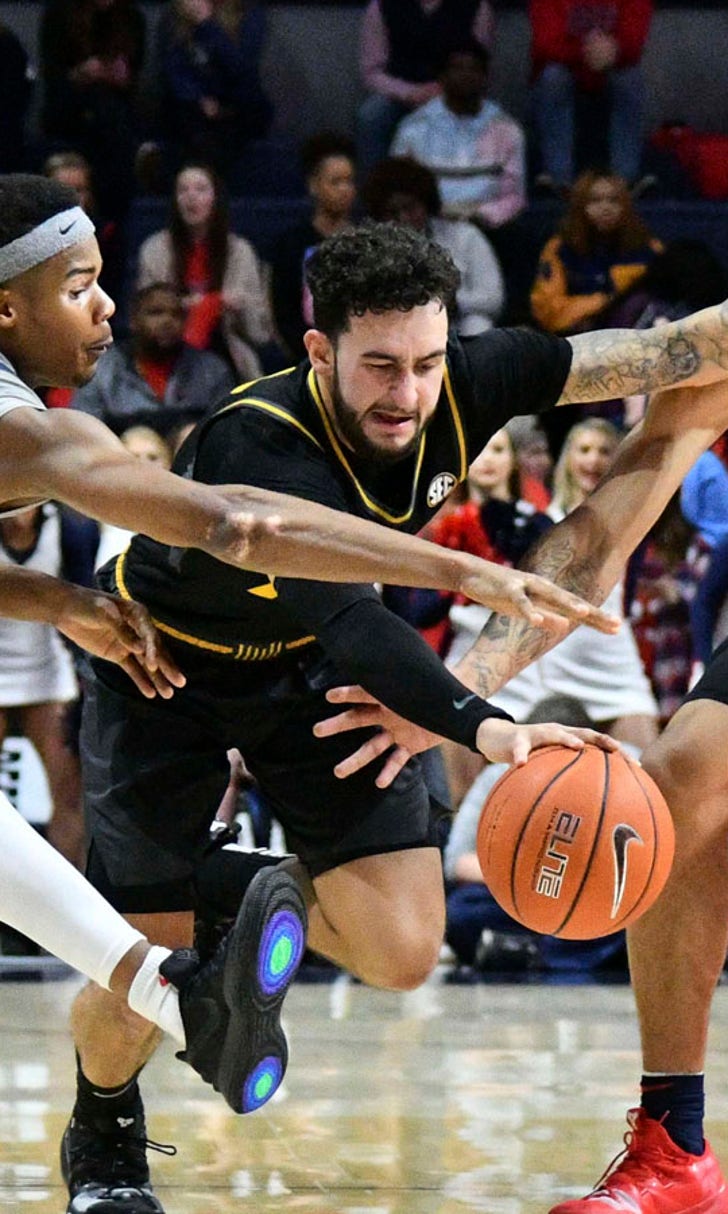 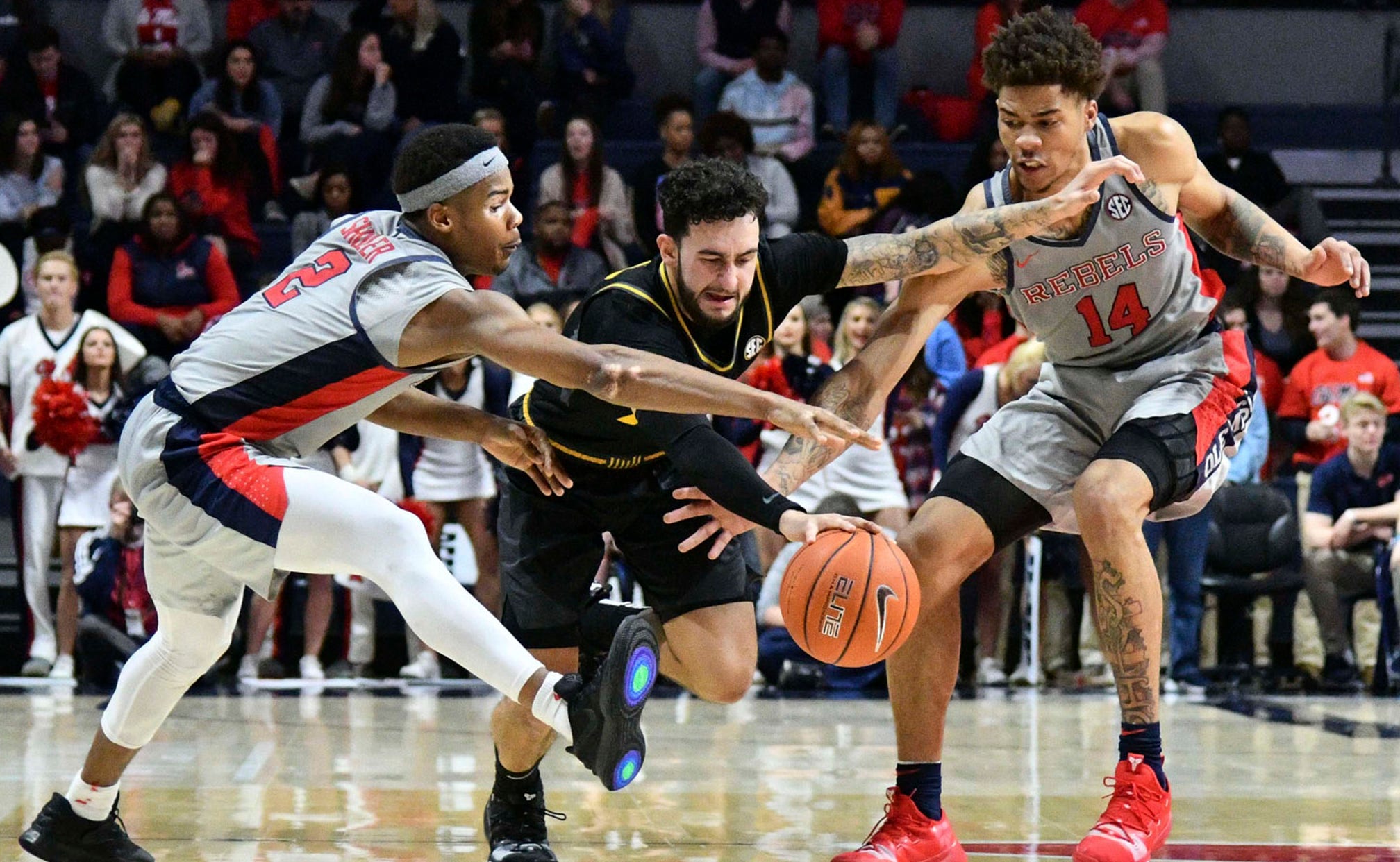 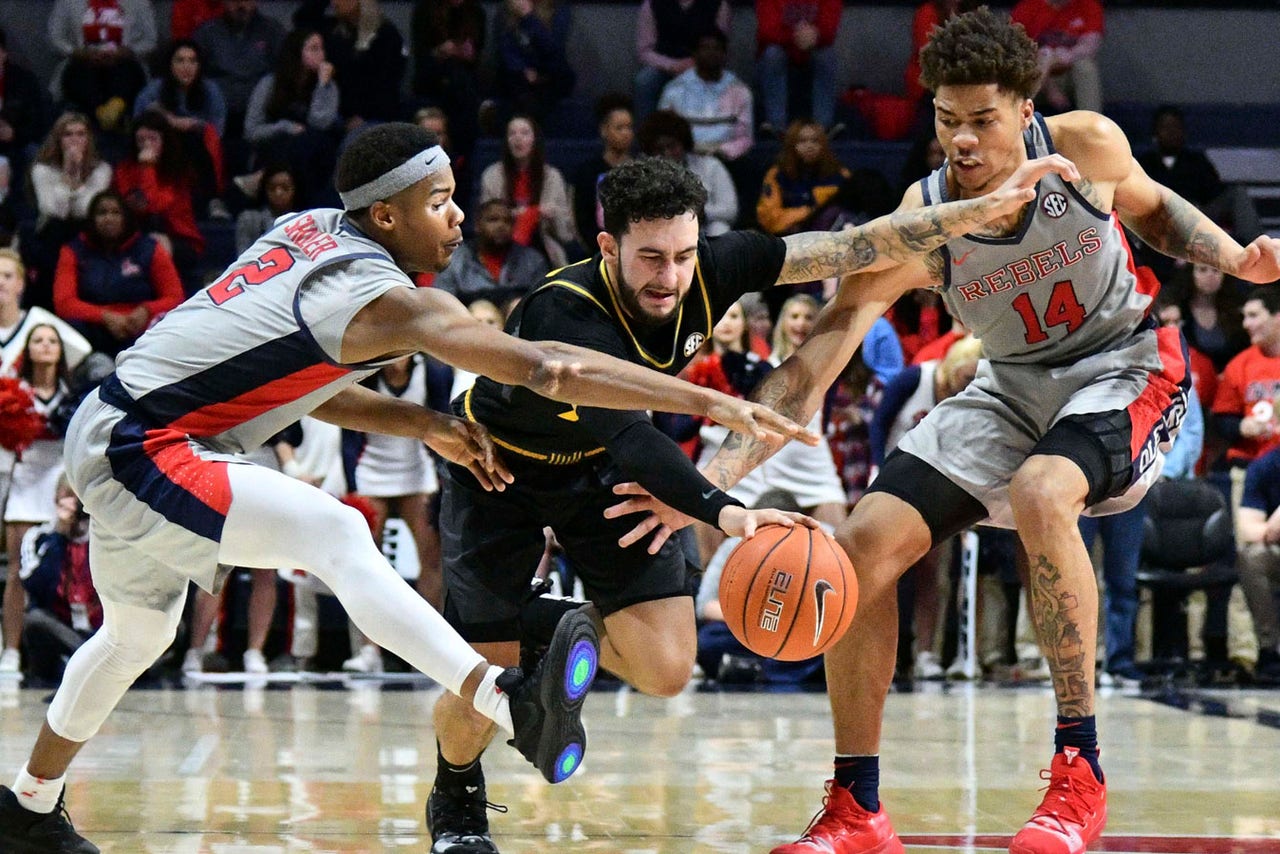 OXFORD, Miss. — Mississippi keeps finding big-time contributors on its roster as it continues to make an unexpected push up the Southeastern Conference standings.

Bruce Stevens came off the bench to score 17 points, tying a season-high, to lead Ole Miss over Missouri 75-65 on Saturday for the team's fourth straight win. The Rebels' (18-7, 8-4) winning streak comes after a four-game losing skid that threated to derail the season.

"It just makes us more of a worthy SEC team," Ole Miss head coach Kermit Davis said of Stevens' elevated play. "That can help us play better in March because he's got a physical presence, but he can stretch it and go out and make a three. There's a lot of conventional (centers) out there and he's a hard matchup."

Stevens made three 3-pointers and shot 5 of 11 from the field.

The Rebels never trailed after the opening minute despite a dominant rebounding effort from Missouri, which owned a 37-21 advantage on the glass.

The Tigers managed to stay close despite a rough night on offense, but the turnovers and poor first-half shooting were too much to overcome.

Missouri (12-12, 3-9) cut the lead to seven with less than three minutes remaining. The Rebels scored on their next three possessions to end the comeback threat.

"When (the lead) got to 19 we kind of let our guard down and they never stopped," Davis said. "The biggest thing was we went to our 1-3-1 (zone defense) late just to kind of get time off the clock."

"It just came down to the twenty-five turnovers," Missouri head coach Cuonzo Martin said. "Twenty-five turnovers, it's hard to win a ballgame like that. . If you got a big a guy that can make shots on the perimeter it opens everything up and you're hard to defend. That's the difference in (Ole Miss). When (Stevens) is making shots like that from the perimeter they are a different team."

Ole Miss: The Rebels' four-game winning streak has pushed the team back into the top half of the SEC standings. Ole Miss has a chance to solidify its NCAA Tournament resume with games against South Carolina and Georgia next week.

Missouri: Missouri couldn't build off the momentum of Tuesday's win against Arkansas. The Tigers did some good things, but the 25 turnovers were a huge problem. Things won't get any easier over the next three games when they face Kentucky, Florida and Mississippi State.

Missouri had an unconventional road trip to Mississippi, flying to Oxford on Saturday morning instead of Friday. The Tigers tried to leave early Friday to beat the winter weather that was coming to mid-Missouri but couldn't because of issues with the flight crew. They arrived in Oxford just hours before Saturday's game.

Missouri: Hosts No. 5 Kentucky on Tuesday