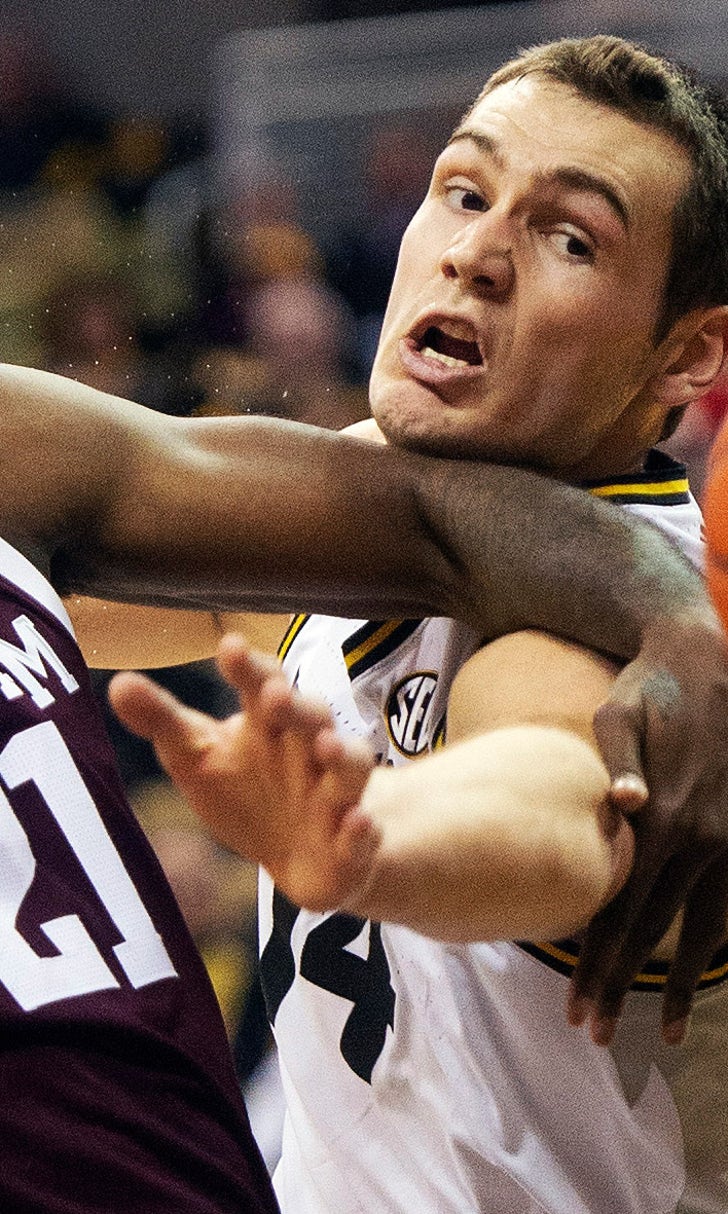 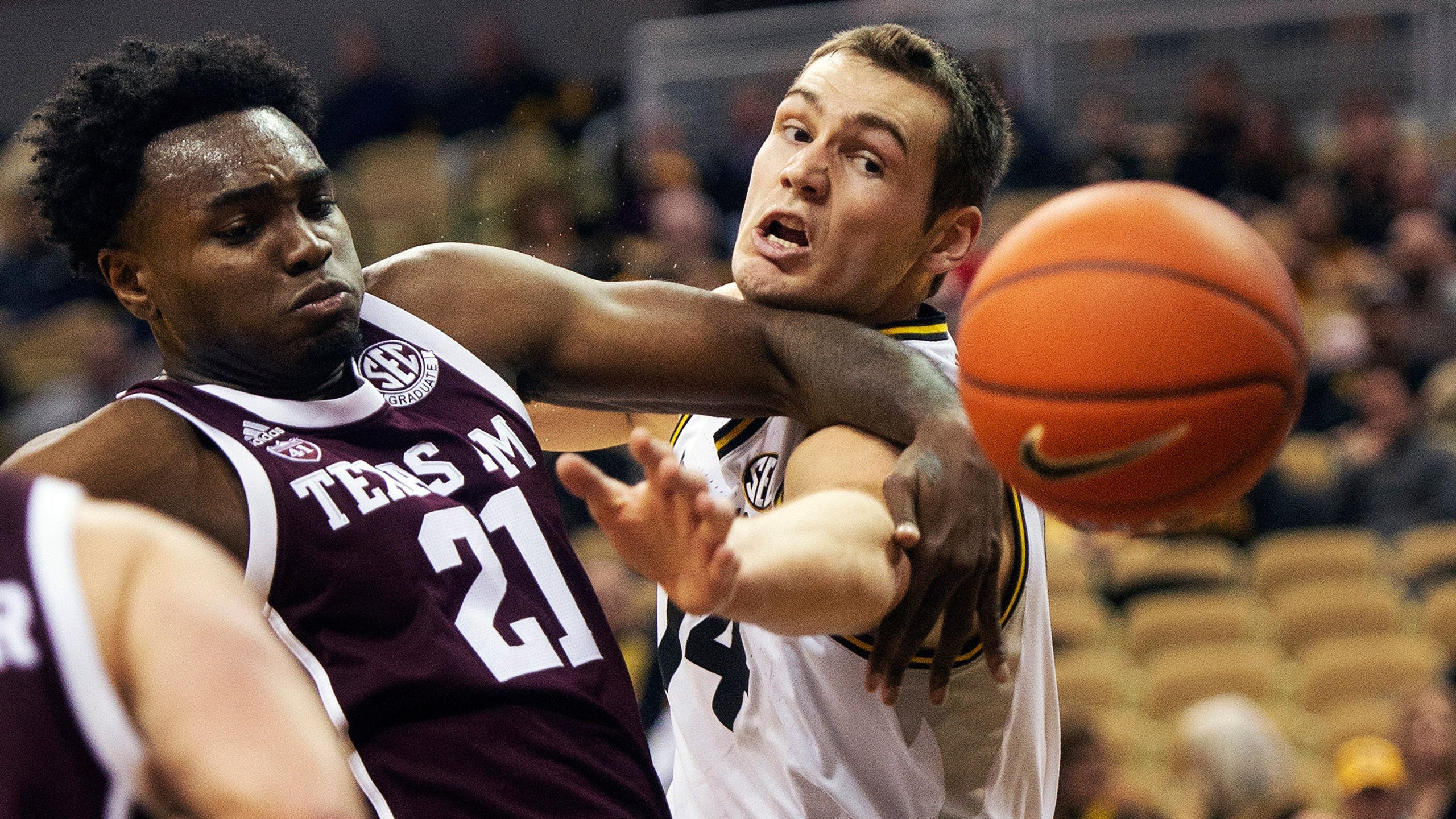 Tigers squander double digit-lead, fall 68-59 at home to the Aggies 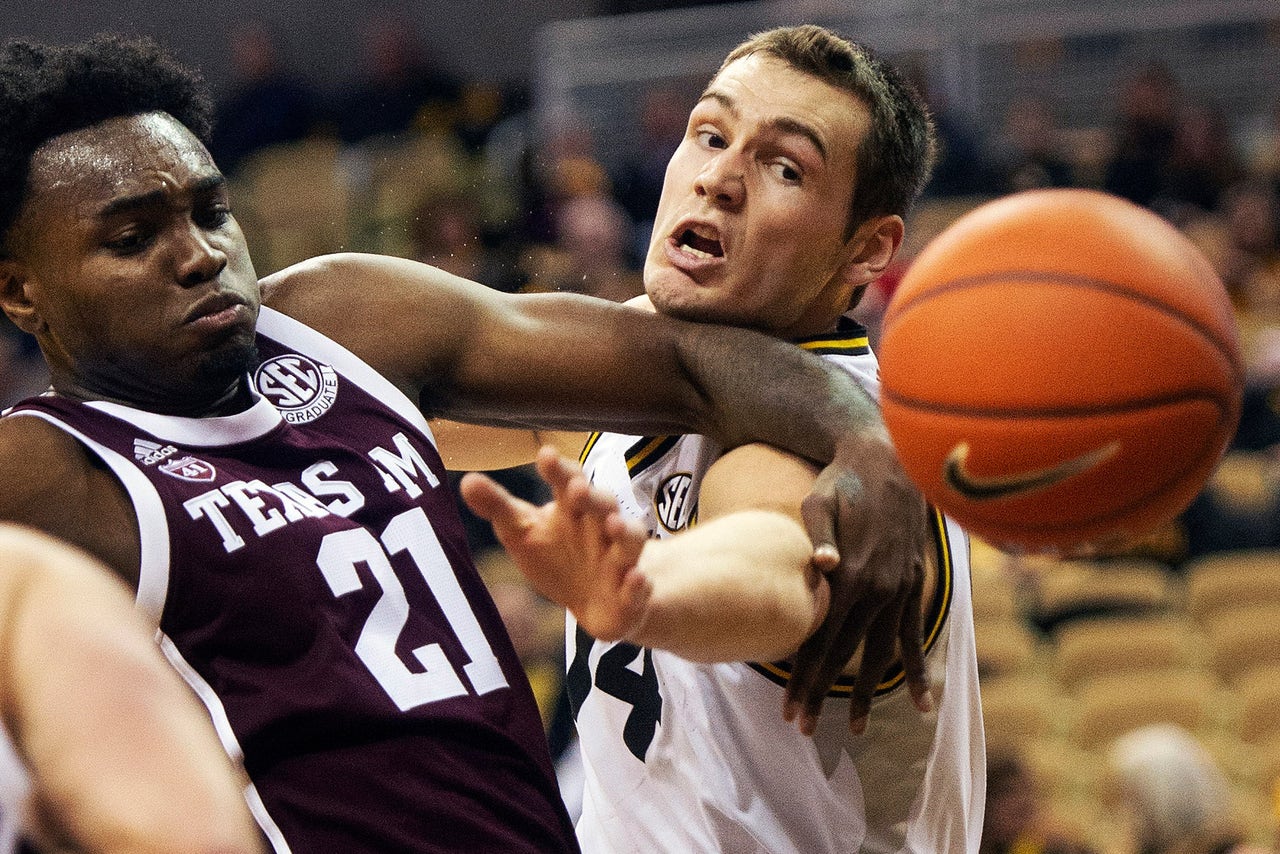 COLUMBIA, Mo. — There wasn't much of a size difference between the biggest and smallest Texas A&M players on the court against Missouri on Saturday night, so Aggies coach Billy Kennedy changed his defensive strategy at halftime. The Aggies started switching screens at every position, and that helped them erase a 12-point, second-half deficit and beat the Tigers 68-59.

"We were forced to play small pretty much all night," Kennedy said. "We were switching ball screens, and that threw them off a little bit, especially their young guards, young perimeter guys. We were fortunate it gave them some problems."

The Aggies were missing forwards Josh Nebo, who had posted double-doubles in points and rebounds in two of his last three games, and John Walker. Kennedy said Nebo has a sprained medial collateral ligament in his knee and Walker was ill.

"We've been down before," Mitchell said. "We just had to play a little harder and execute on defense, honestly. I felt like we came out and executed defensively."

The Tigers couldn't solve the switching defense, as their guards dribbled into traffic and committed nine second-half turnovers.

"If they're switching, let's get the ball inside to our bigs and make a play. . It just didn't happen," Missouri coach Cuonzo Martin said.

Starks broke down Missouri's defense with drives to the basket. He found Flagg outside the 3-point arc in transition, and Flagg's shot gave Texas A&M the lead at 46-44 with 7:23 left. The Aggies pulled away with the help of 14-of-17 shooting from the foul line.

Javon Pickett led Missouri with 15 points, and Watson and Jordan Geist each scored 12.

"We let them get their head up out of the water, and they kept going," Watson said. "We gave them a chance. We should have put our foot down."

Missouri junior forward Reed Nikko made his first career start and gave a solid effort, with eight points and two blocked shots, but he fouled out after 19 minutes. Nobody else could fill the void inside. Kevin Puryear scored seven points and grabbed seven rebounds. Mitchell Smith and K.J. Santos combined for zero points and one rebound. The Aggies outrebounded the Tigers 34-25.

Missouri's aimlessness on offense was illustrated by its lack of free throws. The Tigers attempted only four.

Missouri: This was the second time in SEC play that the Tigers squandered a double-digit second-half lead at home. On Jan. 26, Missouri led LSU by 14 points with just over two minutes left in regulation and lost in overtime.

Texas A&M: For just the fourth time this season, Starks wasn't in the starting lineup. He contributed little until the final seconds of the first half, when he hit a 3-pointer to cut the Aggies' deficit to 30-21. That seemed to give him a boost, as he scored nine points in the second half.

"TJ played well coming off the bench," Kennedy said. "He did a good job sharing the ball, and he did a good job on defense on Geist. Last time, Geist hurt us so much. Him and Chris Collins did a really good job guarding Geist."

Missouri: The Tigers face Arkansas on Tuesday at home.

Texas A&M: The Aggies play host to Georgia on Tuesday.