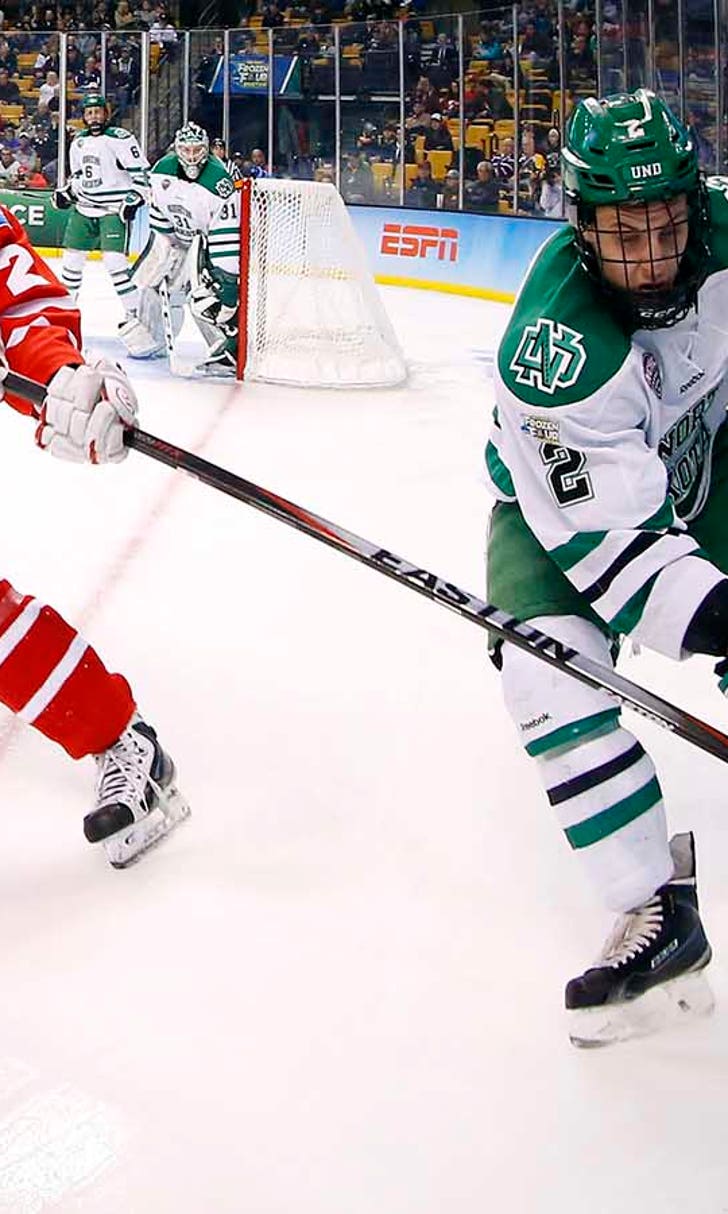 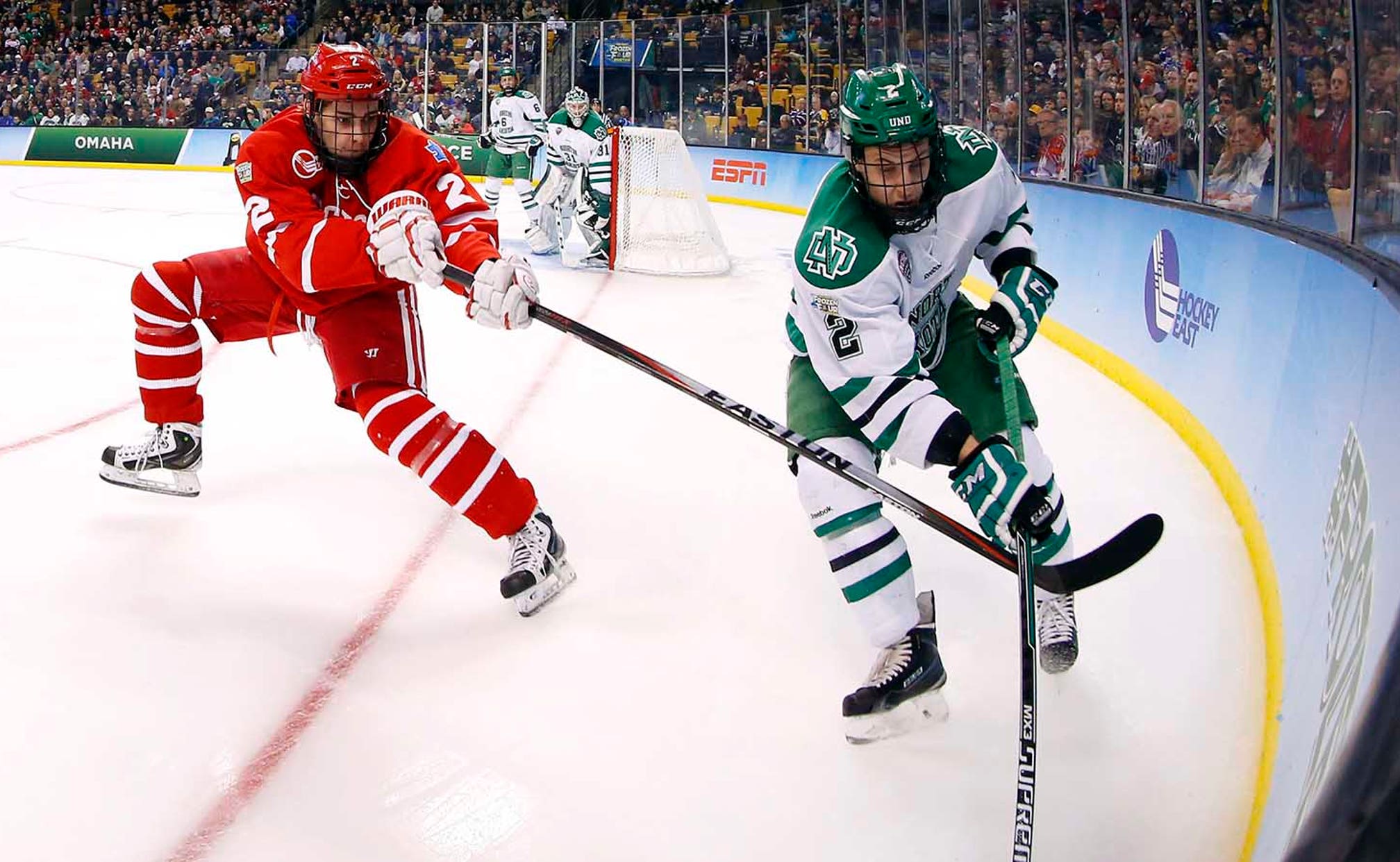 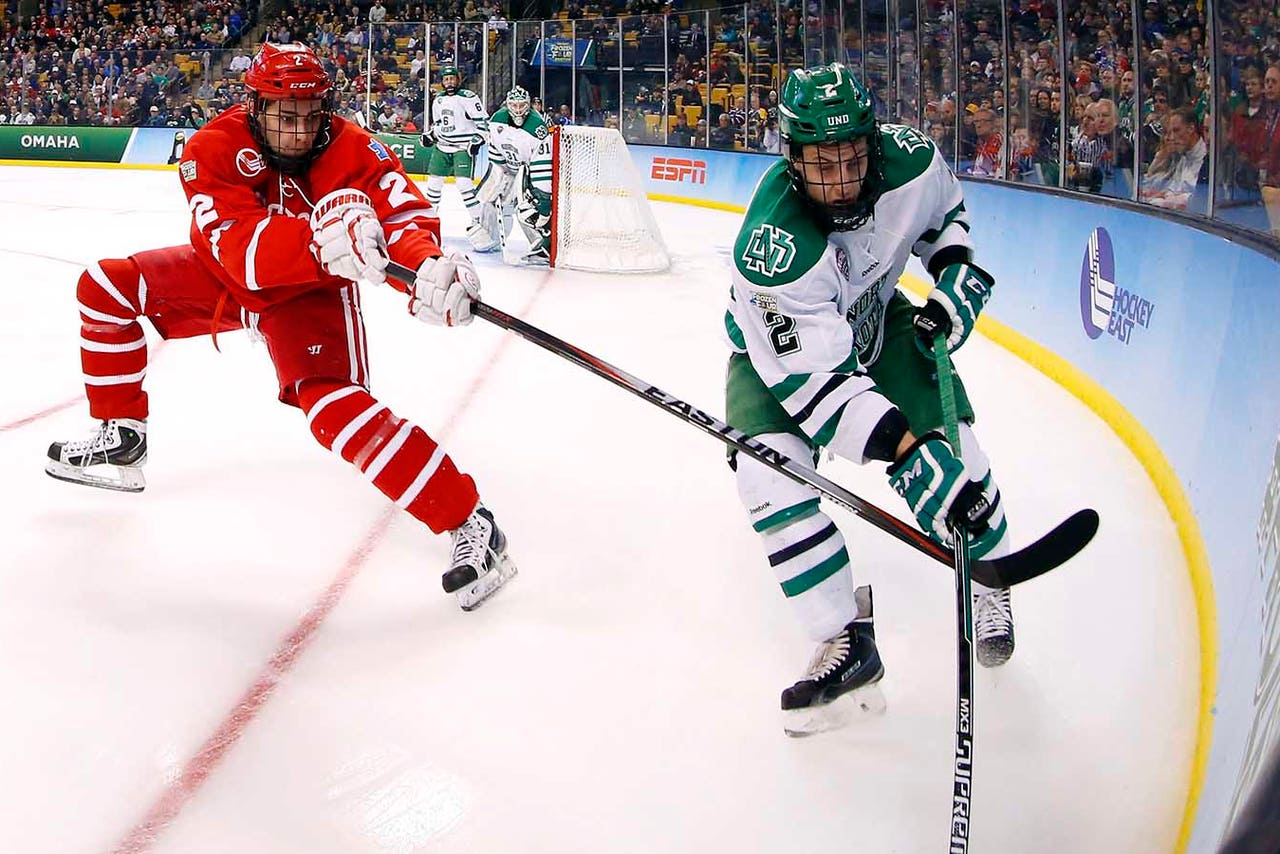 Some college hockey players wow the scouts on day one.

Some, like former undrafted free agents Nate Prosser and Christian Folin of the Minnesota Wild, take a little more time to develop.

For every Jack Eichel or Jonathan Toews there's a Danny DeKeyser, the sort of player who slips through the cracks or takes a few years extra years of minor-league seasoning to earn an NHL roster spot.

For his part Dekeyser has stepped in and made an immediate impact for the Detroit Red Wings, while Prosser has become a reliable defensive presence for the Wild.

And with the NCAA tournament just two weeks away the floodgates are starting to open on the league's stock of free agents, players who went unclaimed in their draft year and are now free to sign anywhere.

Fortunately, Wild general manager Chuck Fletcher has been proactive in signing college free agents in the past, and with a respectable group of top players set to hit the open market before the end of the month he should have plenty of options.

A junior defenseman for the No. 1-ranked team in the nation, Stecher leads a Fighting Hawks defensive corps that has allowed just 25 shots on goal and 1.82 goals against per game this season. Stecher has chipped in offensively this season, scoring seven goals and adding 19 assists.

A 6-foot-2 junior, Nelson is a two-way blue liner with plenty of offensive upside. The 23-year-old has five goals and 16 assists on the season after racking up 33 points as a sophomore, and is a likely candidate to sign an NHL contract this summer.

The Friars' leading scorer last season, Saracino has 31 points so far this season and will look to add to that figure as Providence attempts to defend its national title later this month. Saracino excels as a two-way player, despite standing just 5-foot-11.

The lone senior on UND's top line, Caggiula plays alongside a pair of first-round picks in sophomore Nick Schmaltz and freshman Brock Boeser, but the undersized winger has made a name for himself despite his linemates' resumes.  A gritty, hard-working forward, Caggiula ranks 20th nationally with 42 points and fourth in the NCHC with 19 goals.

Lyon could be a longshot to leave a year early, but the junior goaltender's numbers over the last two seasons have been stellar. A native of Baudette, Minn., Lyon led the nation with a .939 save percentage, a 1.62 goals-against average and seven shutouts as a sophomore, and sits atop the heap again alongside BC's Thatcher Demko and UND's Cam Johnson with a .938 save percentage this season.

Lindgren broke out in a big way as a junior, racking up four shutouts in six games to open the season and posting a .926 save percentage on the season. One of 46 players invited to the Wild's summer development camp last summer, Lindgren has the numbers and the skillset to land on an NHL roster if he opts to leave early.