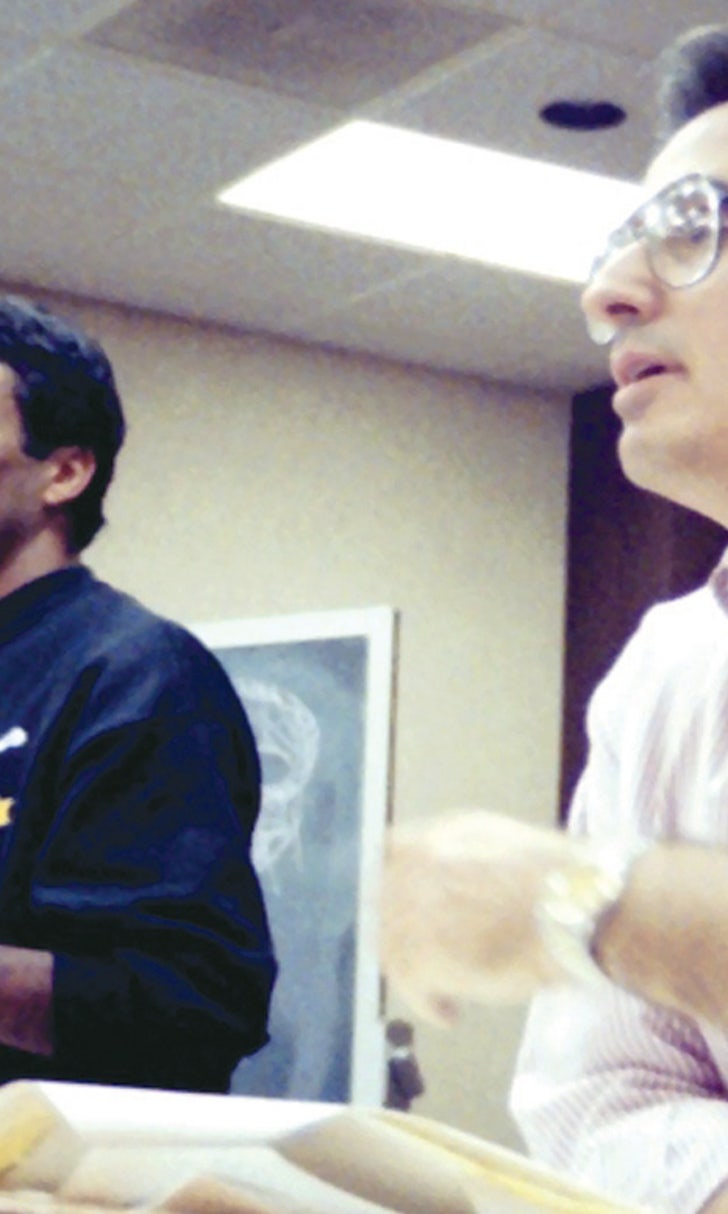 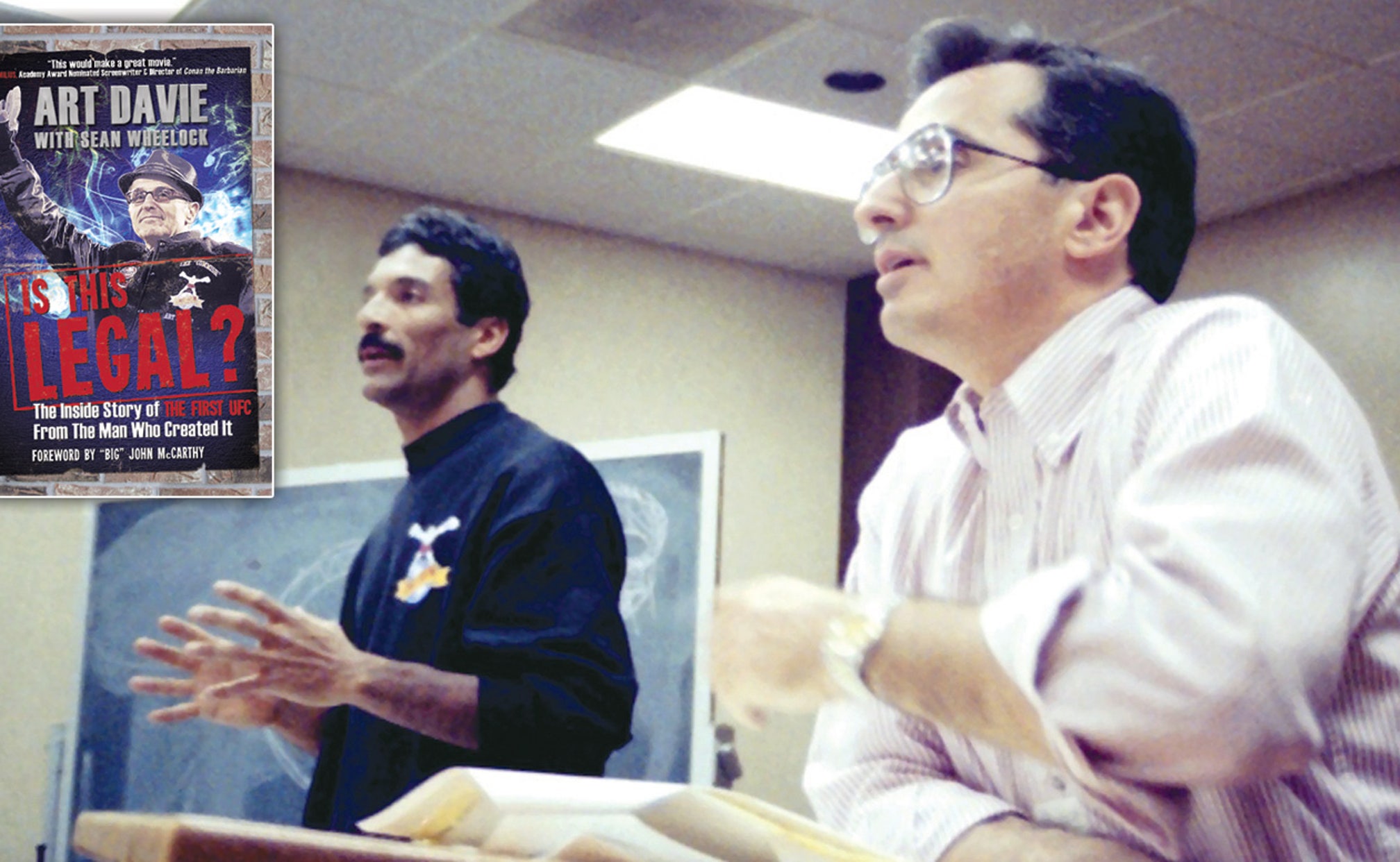 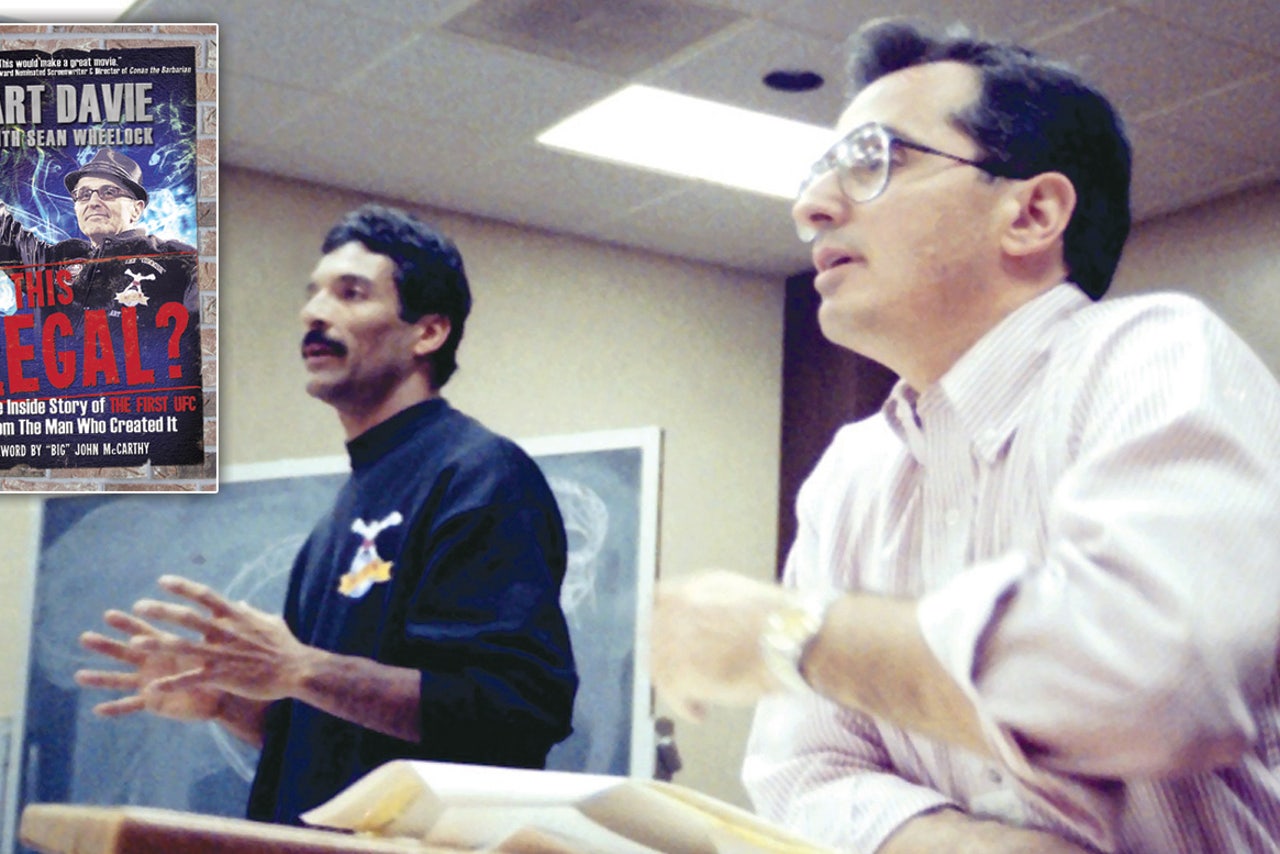 An idea Art Davie had been carrying around for years was about to come true. With the help of his partners Rorion Gracie and Semaphore Entertainment Group (Campbell McLaren as the point man), Davie was about to change martial arts and combat sports forever.

At the time, though, none of them really knew it. They actually had no idea what would happen at UFC 1 on Nov. 12, 1993. And then, 24 hours before the event was scheduled to occur, there was a serious roadblock: the whole thing almost didn't happen.

In the following excerpt from his new book with Sean Wheelock, "Is this Legal?," Davie tells the tale of the fighter meeting the night prior to UFC 1 and how if not for massive sumo wrestle Teila Tuli, MMA might not even be a thing today.

At 7 p.m., we gathered everybody in one of the hotel conference rooms for the fighters meeting. The room was set up classroom style with a head table at the front for Rorion and me. It was shoulder- to-shoulder and ass-to-ass with the fighters, their respective camps, staff from W.O.W. Promotions and SEG, our commentators, event personnel, VIP guests and assorted hangers-on. Absent was anyone from the City of Denver and the State of Colorado. I never expected representatives from those governments to come, but now left to our own devices, I was really struck by just how much we were flying under the radar. 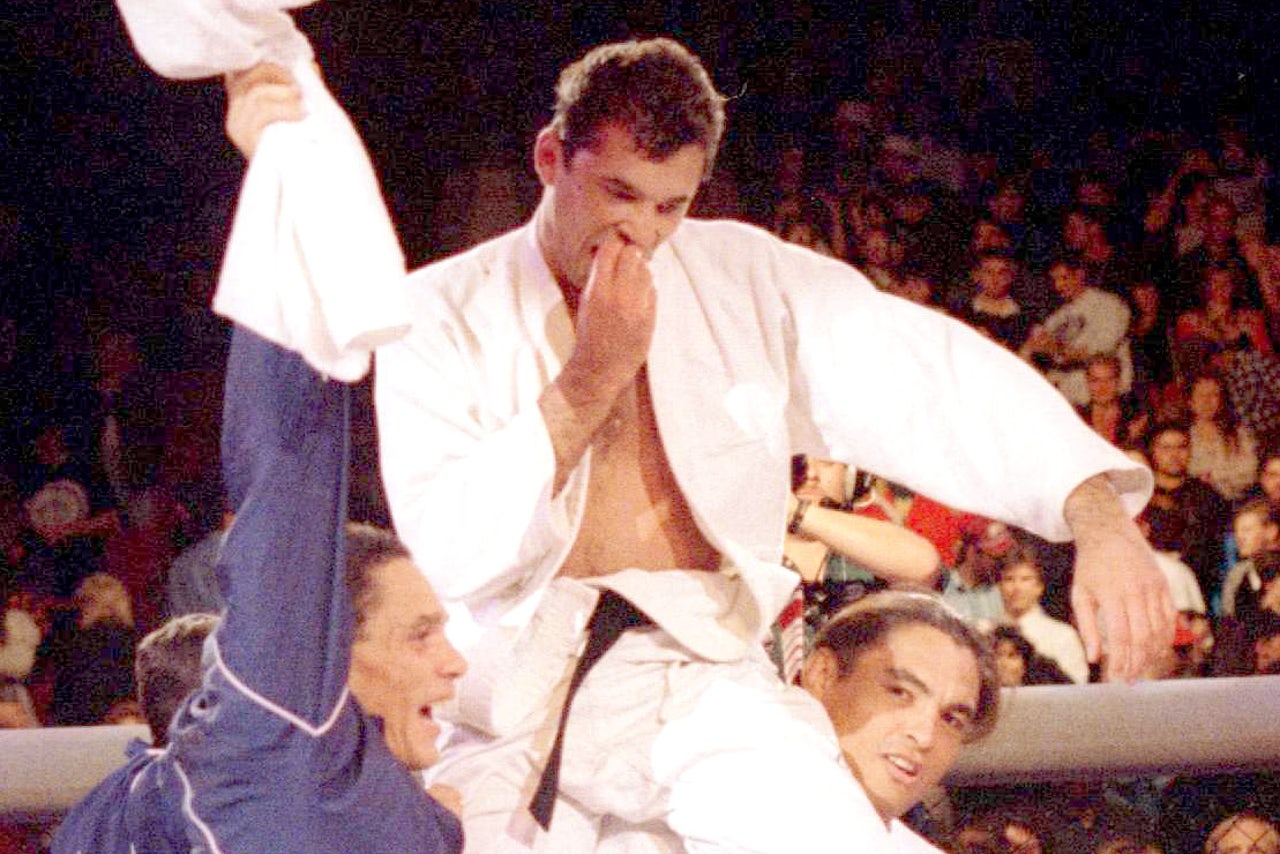 I had sold our insurance broker Gagliardi Insurance Services in San Jose, California on the idea that we were doing a “full-contact” tournament. They were old hands at working with boxing promoters and didn’t ask many questions. I also felt that the management personnel at McNichols Arena were equally clueless, as though we were going to be doing some kind of karate event, like the Sabaki Challenge. All of the fighters and their entourages seemed a bit on edge as they came into the room and found seats. Everyone knew that at the end of the meeting, I would be announcing the opening round match-ups and the bout order. There was a lot of posturing going on, and also a lot of eye contact avoidance. It was a mix of fear, nerves and pure testosterone.

I handed out a copy of the agenda, made a few opening remarks, and then introduced Rorion, who gave a very brief welcome. I stood back up and acknowledged our two Brazilian referees, Dr. Alan Brakup (a Gracie Jiu-Jitsu student), and the two outstanding boxing cut men I’d flown in from Philadelphia, Leon Tabbs and Sam Solomon.

I then turned things over to Campbell, who proclaimed, “There will be a million eyeballs on this show. Give it everything you’ve got.”

After Campbell, it was Pillot’s turn, and I made it clear that he deserved everyone’s full attention.

“Tomorrow night, this man, our broadcast producer Michael Pillot, is the boss. It’s his job to get this all done in two hours and fifty minutes.” 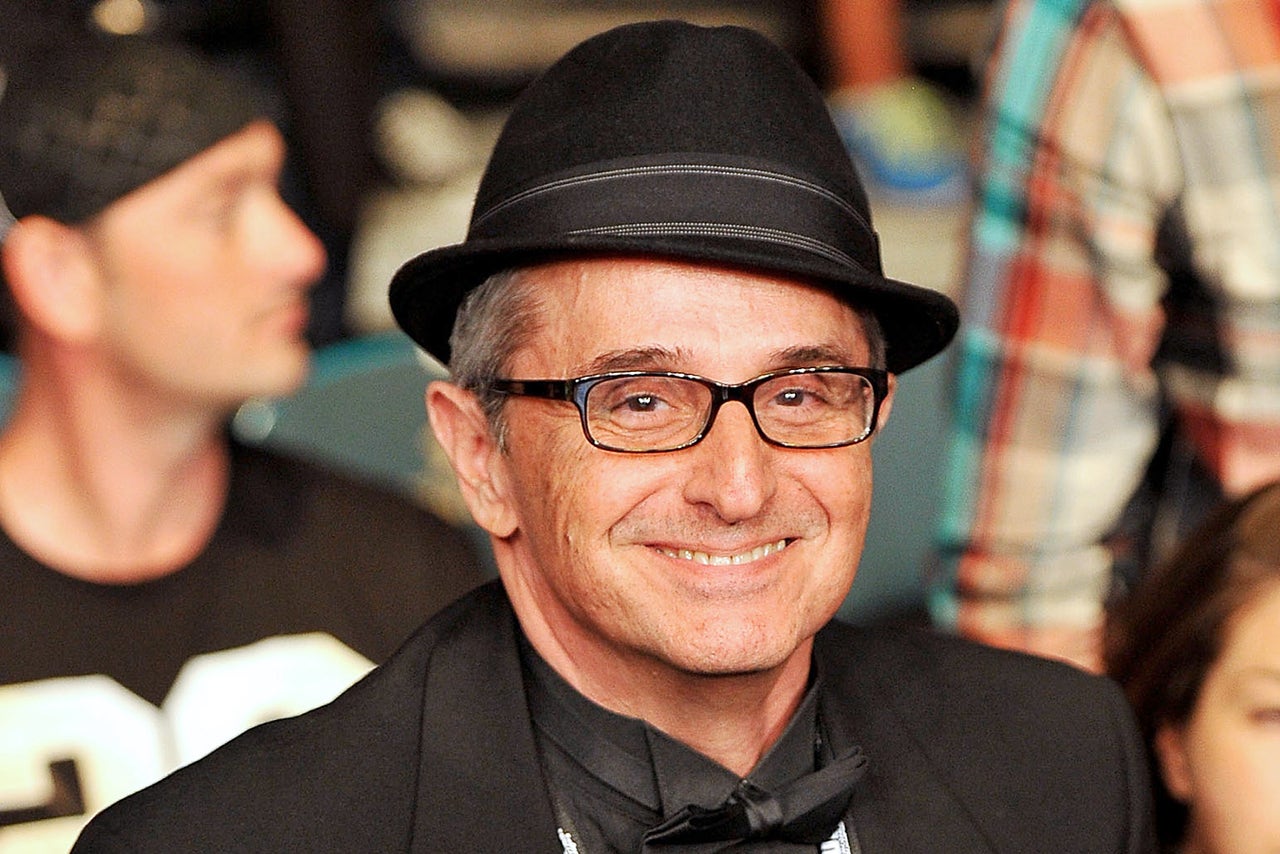 Pillot went over the dress rehearsal, which was scheduled for the following afternoon, and then gave the basic rundown of the actual event from a TV timing perspective. I could tell that we were starting to lose the group’s attention and interest by the time I introduced Derek Barton, who was head of marketing for Gold’s Gym, our lead sponsor. After Barton said a few words, I then cued Rorion to go over the rules and regulations, and told our audience that aside from his role with W.O.W. Promotions, he was also the “Commissioner of the IFC.”

Rorion stood up, nervously cleared his throat and started in. In a low monotone, he announced that there were three basic rules: no eye gouging, no biting and no groin strikes.

Immediately, Zane Frazier shouted, “Why not? I can throw groin strikes in Kenpo.”

“Give me a break,” Rorion retorted. “This is going to be on TV. No groin strikes, Zane.”

“Well what about a cup? Can we all wear a cup?” Frazier asked. 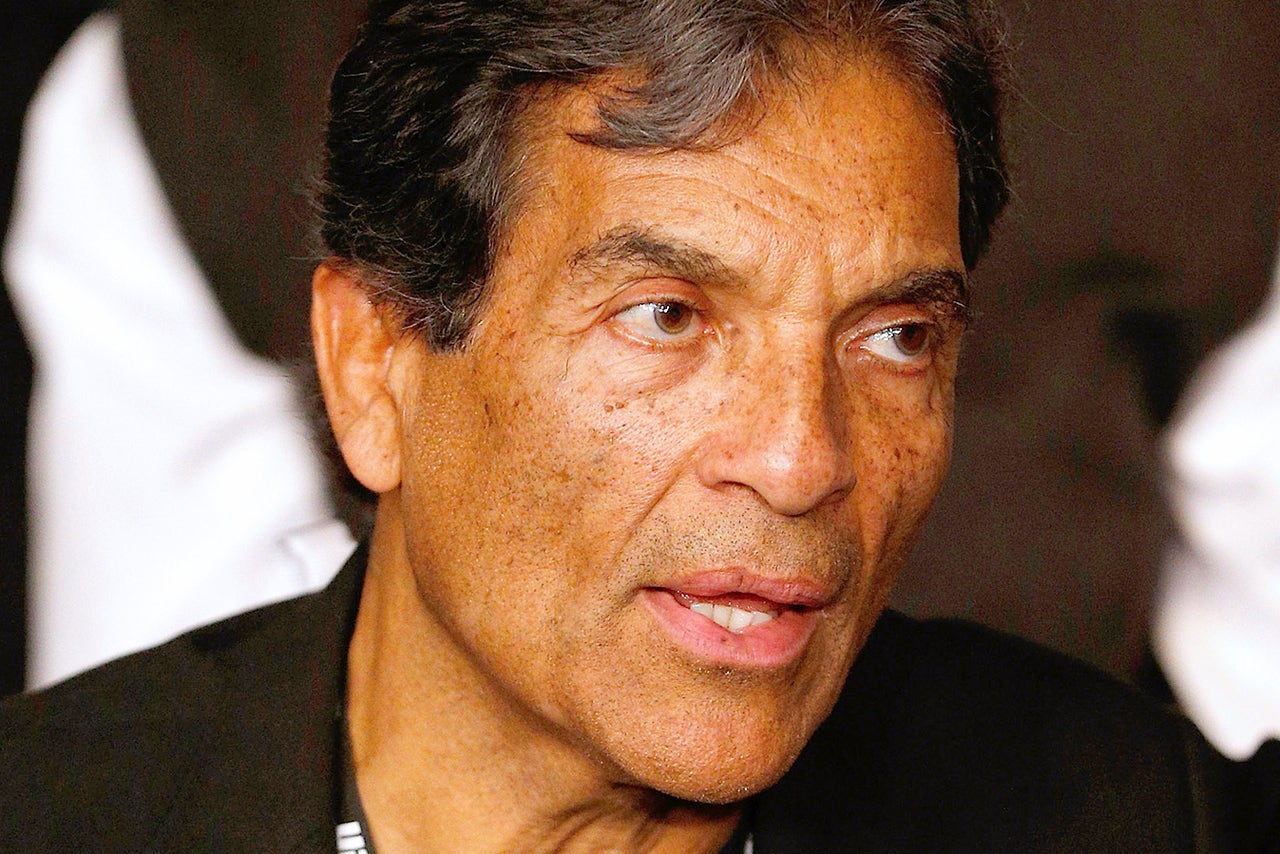 Frazier shot back, “Well what about hand wraps? It says right here on the sheet that the tape has to be one inch below the knuckles. I want to tape my knuckles.”

From his front row seat, Frazier began acting like the jail house lawyer of the group.

I was fascinated to see where everyone had plopped themselves. Gerard Gordeau was predictably in the last row. He looked incredibly disinterested, and stayed quiet. Teila Tuli, his huge brother, and cousins were in the back as well, against the far wall. Royce was in the middle, surrounded by his father and brothers, eyes locked on Rorion.

Jimmerson was seated close to the door, and yelled out, “Man, I’m a boxer. I have to have my hands wrapped. This is bulls--t.”

Shamrock, who had hardly said a word to Rorion or me all week, suddenly spoke up, and said that he wanted to wear the boots that were part of his Pancrase gear.

“If you kick, no shoes. Otherwise, it’s OK!” Rorion said, his voice rising.

“Well, what about shin guards?” asked Shamrock, as he wore those in Pancrase as well.

“No shin guards, no elbow pads!” I could tell that Rorion’s temperature was rising. 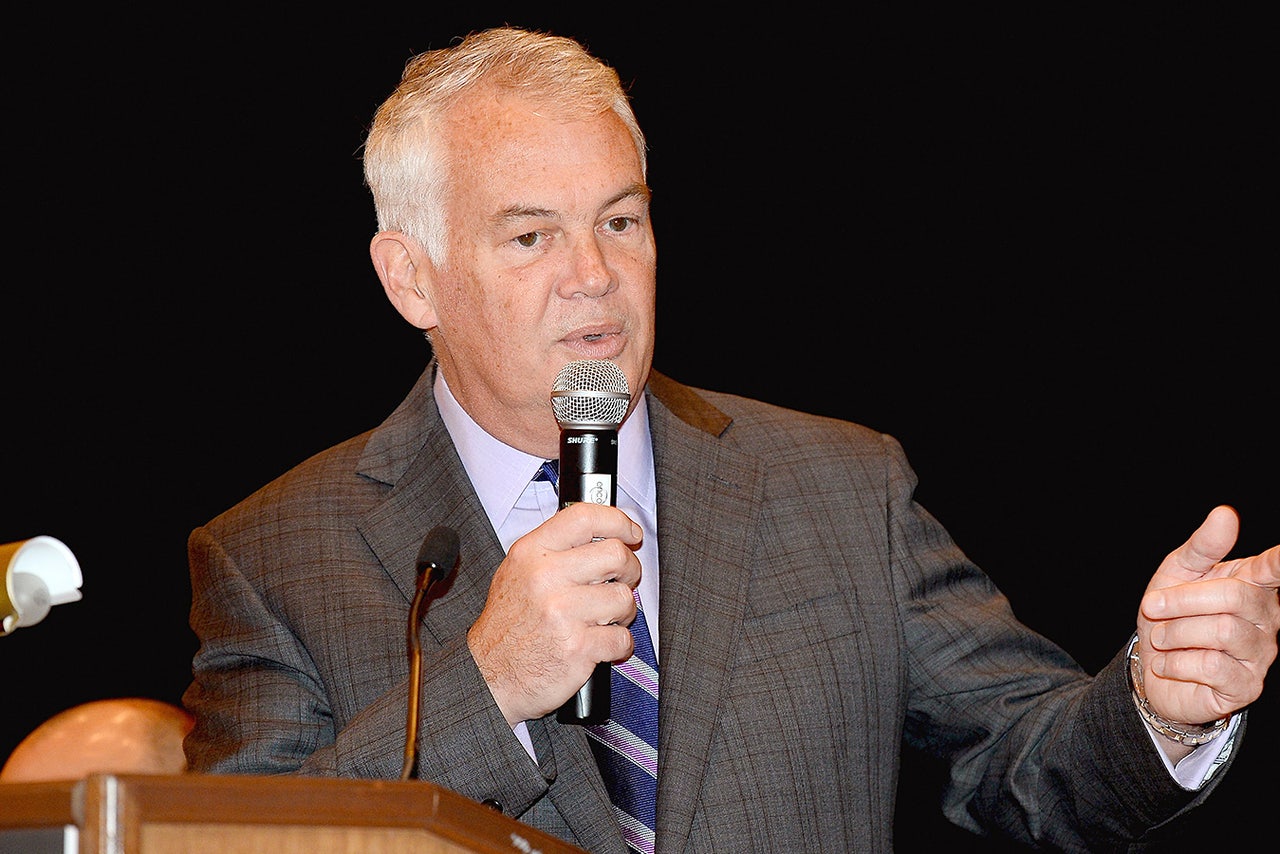 “Can we wear knee wraps?” was Shamrock’s next question. “Yes, knee wraps are allowed, as long as they’re not padded.”

Campbell gave me a look to indicate that this was going awry.

Pat Smith then piped up, “Can we wear a mouthpiece? It’s not in the rules.”

“You can wear a mouthpiece if you want,” Rorion responded.

“Even though it’s not listed on the sheet?” asked Frazier. “Well, how about boxing gloves?” 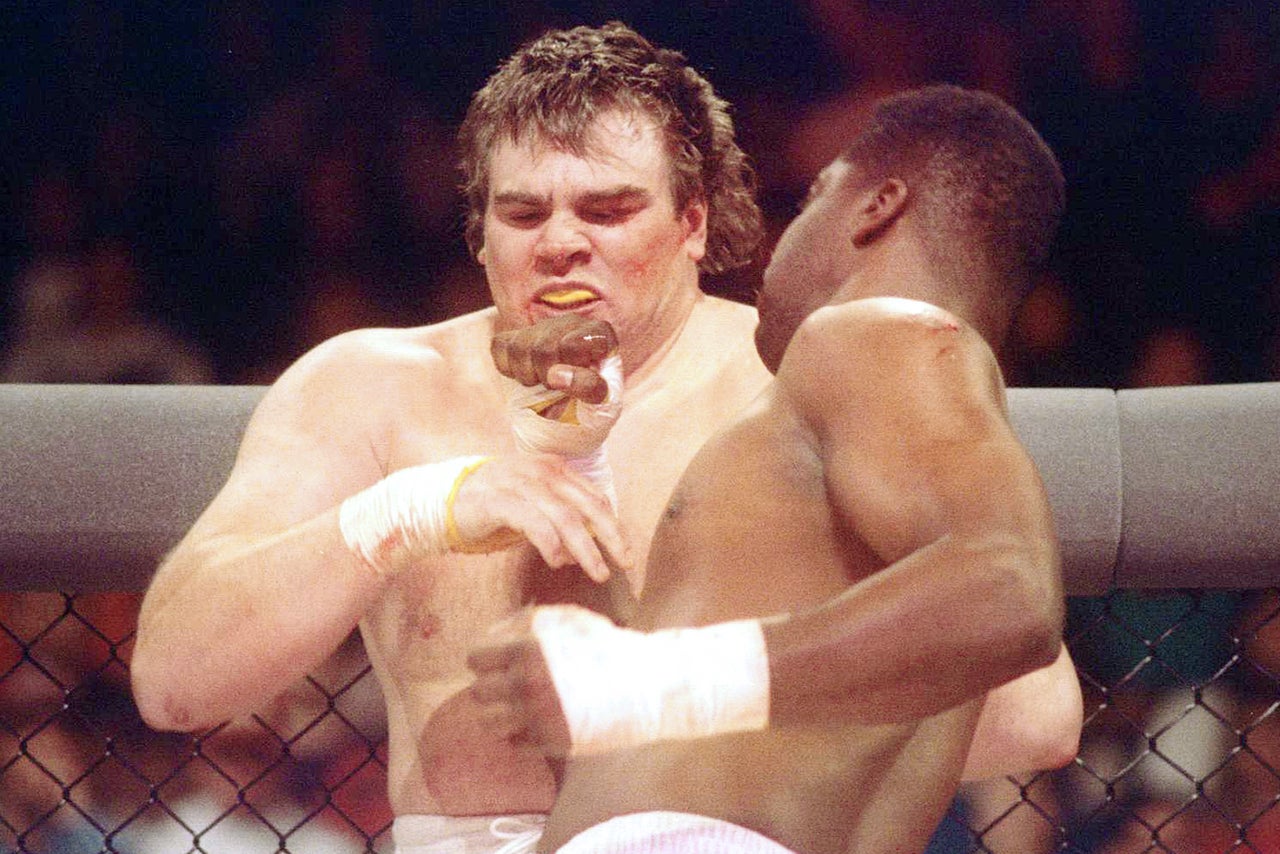 Zane Frazier lands a left to the chin of Kevin Rosier at UFC 1.

“Yes on mouthpieces, and yes on boxing gloves if they’re 6- or 8-ounce gloves. It’s written right there on the sheet.”

Rorion really seemed to be losing his composure now. He didn’t have the patience for this type of thing.

“So we can wear boxing gloves, but can’t tape our hands,” Frazier shot back. “That doesn’t make any sense.”

“If you’re in a street fight, are you going to wrap your hands?” was Rorion’s reply.

“How about if we tape half an inch below the knuckles?” Frazier countered.

“No! It’s already been decided. Look at your sheet. One inch below the knuckles.”

Frazier then yelled, “This whole thing is rigged for your brother to win.”

Now all hell broke loose. Rorion tried to restore order by yelling, “You can wrap your hand one inch below the knuckle!”

There were calls for allowing a half-inch below the knuckles, then a quarter-inch, then across the knuckles. Frazier led the charge, and shouted that he was being held back by a jiu-jitsu guy who didn’t know how to punch. 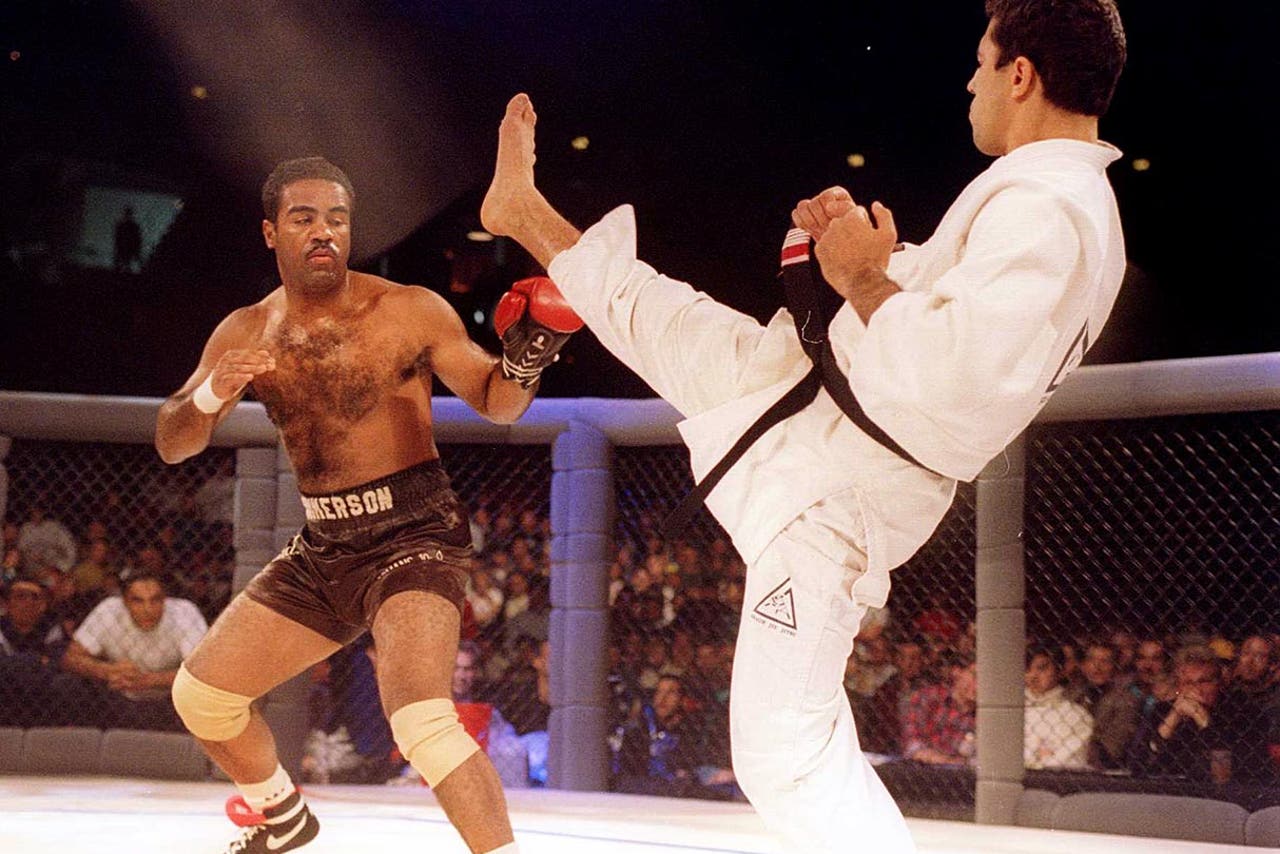 At this point, Rorion and I had completely lost control of the meeting. The fighters and their camps were all loudly arguing, and I could see that this whole event was coming apart before it had even started.

Everyone, with the lone exception of Gordeau, was going crazy, and Rorion was completely swallowed by the moment.

It then hit me like a full on punch to the face that I’d made a terrible miscalculation. From the fighters’ perspective it was bad enough that Rorion was one of the people in charge of the Ultimate Fighting Championship, but now he was also the rules director of an obviously made-up sanctioning body. The fighters couldn’t help but ask how Rorion could possibly be impartial when his brother was in the tournament, representing the style of fighting created by his father and uncle? I was the one who personally wrote the rules—not Rorion—but he was the one standing in the front of the room, listing and defending them.

Of course Rorion wanted Royce to win. Of course he wanted to showcase Gracie Jiu-Jitsu. Of course he wanted to honor his father’s legacy. I knew all of this without a doubt. But Rorion never interfered with me when it came to the integrity of the event: the rules, the equipment, the match-ups, the fighters that we signed. But God almighty, did this look bad.

I tried to restore order, but I couldn’t be heard over the wall of chaos. I looked over at Michael Pillot and his face said, ‘You better put a cork in this. Now!’

Rickson started saying something, and then quickly jumped to his feet. When I saw this, I realized that the next thing that happened was likely going to be disastrous.

Then Teila Tuli, in the most dramatic and theatrical of gestures, stood up and announced, “I just signed my paper. I don’t know about you guys, but I came here to party. If anyone else came here to party, I’ll see you tomorrow night at the arena.”

He then slammed his signed paper down on the table. The sound reverberated throughout the room.

The tension was completely sucked out of the room, and that was the end of the arguing and debating. I quickly announced the match-ups and bout order, reminded the fighters to sign the paper in front of them, just as Tuli had already done, and thanked everyone for attending. Meeting adjourned.

As he was exiting the now emptying conference room, Gordeau said to me, “I sign the paper and now I go. Everyone wants to debate what is allowed and what is not allowed. Americans, they talk a lot. But if you have no rules, you are finished explaining in two seconds.”

Rosier then came up to me.

“That was hilarious. All the guys going over the hand tape and everything else. I was just hanging back. I had a root canal today, so I’m on medication.”

"Is this Legal?" by Davie and Wheelock is currently available to pre-order on Amazon and Barnes and Noble. The book will be released July 1.