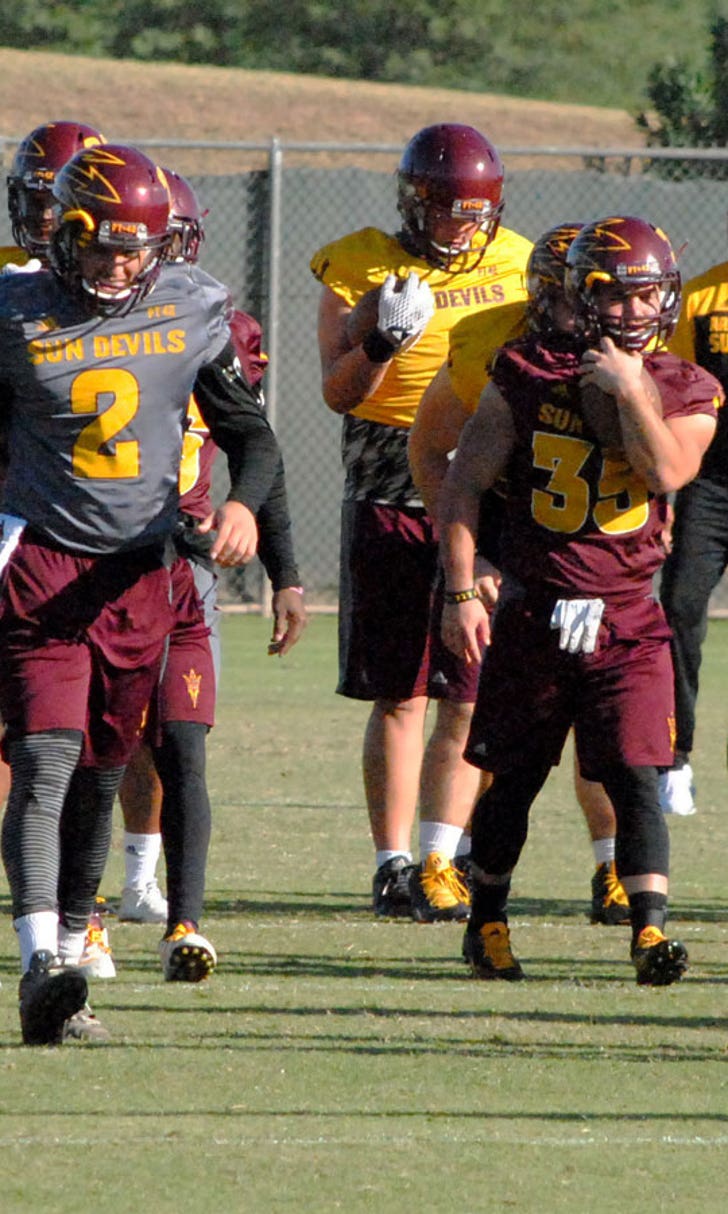 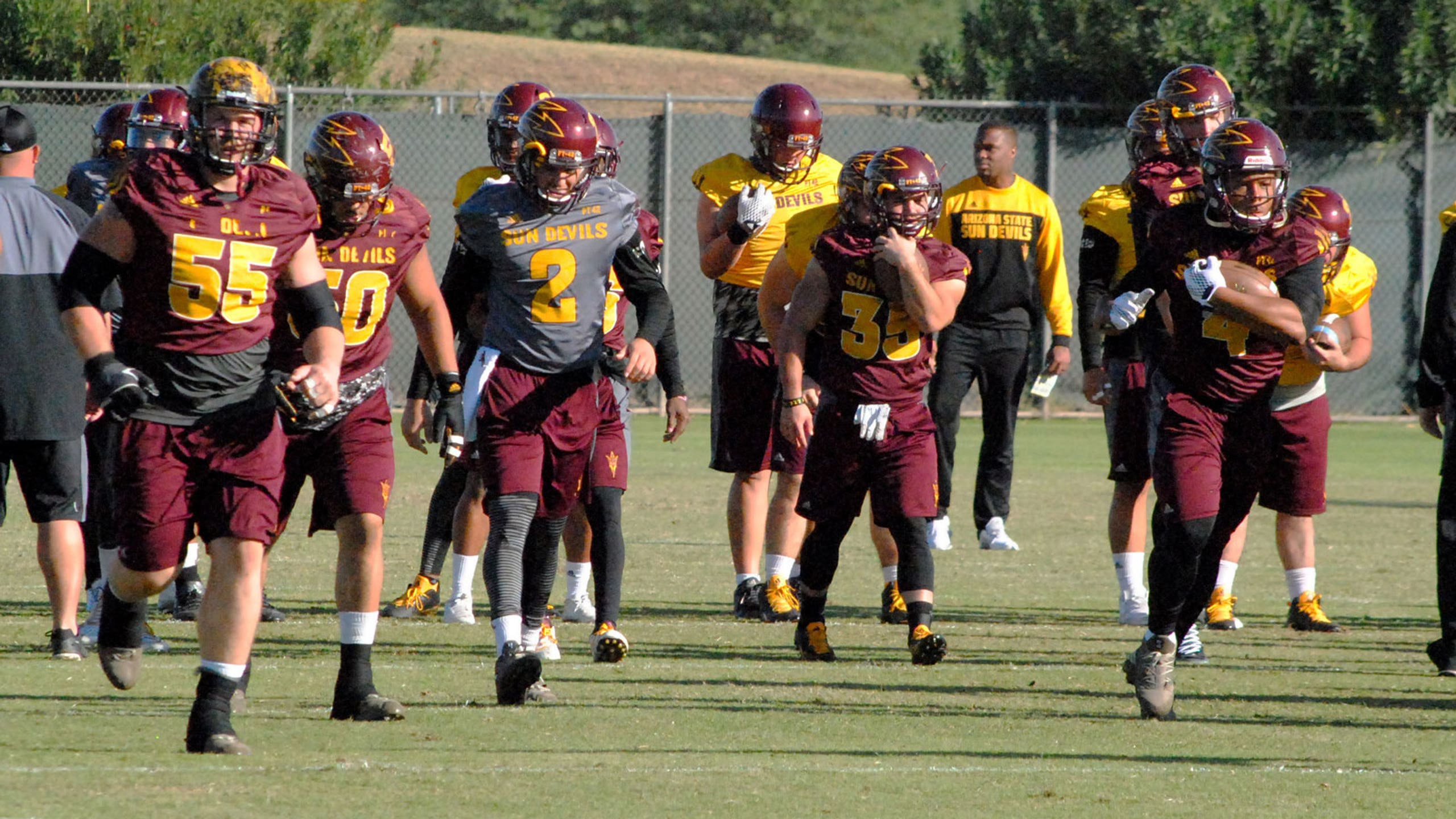 Sun Devils look to even score against Oregon 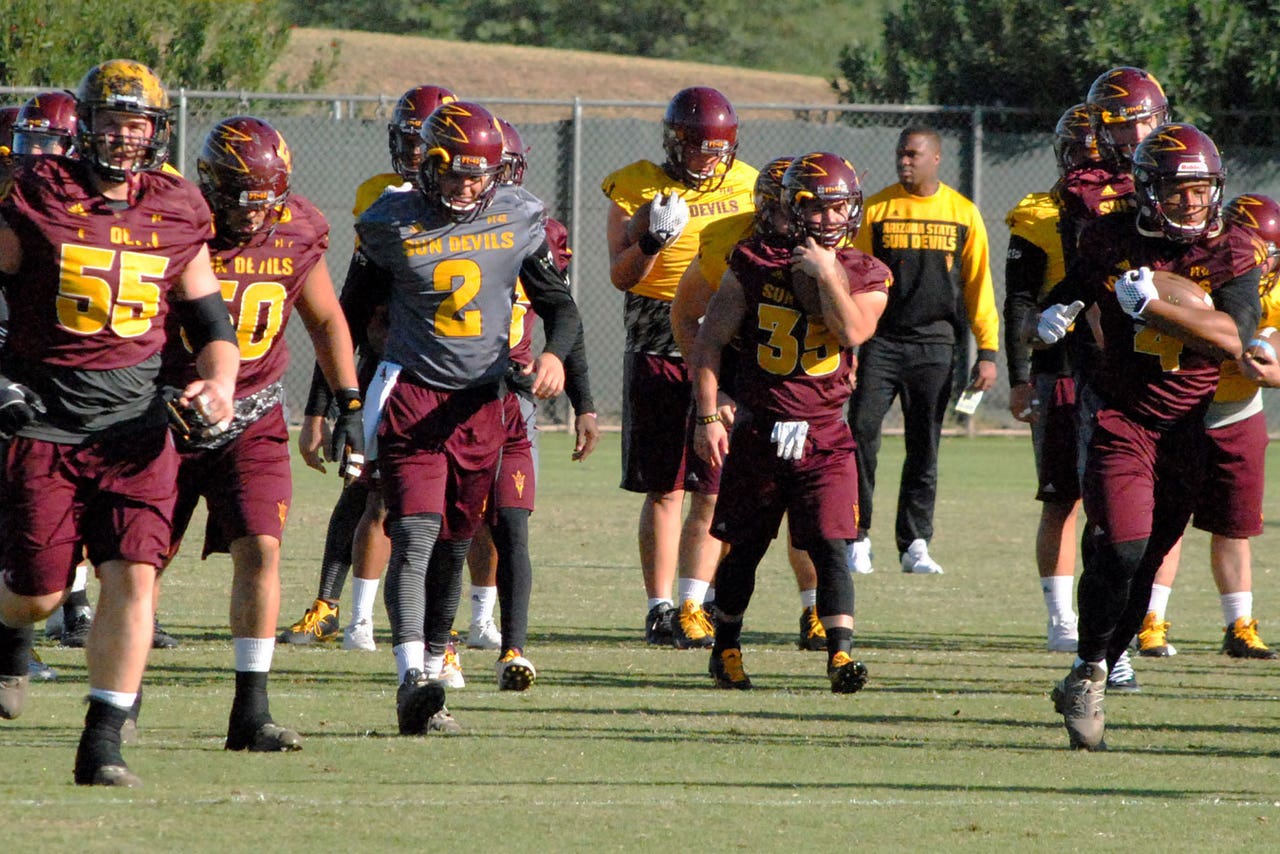 TEMPE, Ariz. -- Oregon will be making its first visit to Tempe since 2012, when the Sun Devils gave the Ducks a scare in the opening minutes before they took control of the night and crushed Arizona State's hopes of upsetting a top-five team at home.

Both teams have changed significantly over the course of three years, as is the case with most college football teams. Oregon is 4-3 heading into Thursday's matchup, not the 6-0 it was before its matchup with ASU in 2012. Marcus Mariota and Kenjon Barner have both left for the NFL, along with head coach Chip Kelly.

While ASU quarterback Mike Bercovici did not play in that game, he was on the sidelines for the Sun Devils. He is looking forward to trying to even the score Thursday, when the Ducks return to Sun Devil Stadium.

"For the few that are still here, we do remember that game," Bercovici said. "We have a little bitterness in our mouth the last time that they came here and they took care of business against us."

Oregon was undefeated and the No. 2 team in the country when they visited Tempe on Oct. 18, 2012. ASU was riding a three-game winning streak and was undefeated in three conference games. Led by Mariota, the future Heisman Trophy winner and first-round draft pick, the Ducks boasted a high-powered offense few teams had any hope of being able to stop. But the Sun Devils did, at least on the first drive.

On Oregon's second play from scrimmage, Will Sutton, now playing for the Chicago Bears, forced the ball out of the hands of the rushing Mariota. The fumble was recovered by ASU and set up a 28-yard touchdown pass from Kelly to wide receiver Kevin Ozier on the next play. The Sun Devils, unranked in the AP poll, were quickly up 7-0 on the nation's second-ranked team.

Unfortunately for the Sun Devils, the game was all Oregon after that point.

On the play in which he caused the fumble, Sutton, ASU's best defensive player and that season's Pac-12 Pat Tillman Defensive Player of the Year, went down with a knee injury. He would not return, and ASU could not fill the void left by the loss of Sutton. Oregon scored 43 unanswered points and beat the Sun Devils 43-21. The loss was the beginning of a four-game losing streak for ASU.

ASU and Oregon have not played the last two years, but Thursday the Ducks return to Sun Devil Stadium.

"You know, it's funny because it feels like light years away," said Bercovici, who was the third-string quarterback at the time behind Kelly and Michael Eubank. "We've got some pretty young guys who might be playing, but they're still fresh to being a Sun Devil, so they might not even remember that type of game."

Eubank was inserted into the offense at quarterback late in the game and threw a 23-yard touchdown pass to running back D.J. Foster. Foster, now a wide receiver on the depth chart, was in his freshman year. He is the only current Sun Devil who started in that game. In fact, only four current Sun Devils played the last time Oregon came to Tempe. Vi Teofilo, Mo Latu and Evan Goodman all saw time on the field while Foster started the game in the backfield.

As Bercovici said, however, that game against Oregon is "light years away." Sutton was the team's leader on defense, along with Carl Bradford and Brandon Magee. Taylor Kelly was making just his seventh career start. It's hard for some of those players who were there to remember much.

"I don't really remember anything, to be honest," Teofilo said. "I just know that they are athletic and they're a Pac-12 school so they're going to bring a lot of talent to the table."