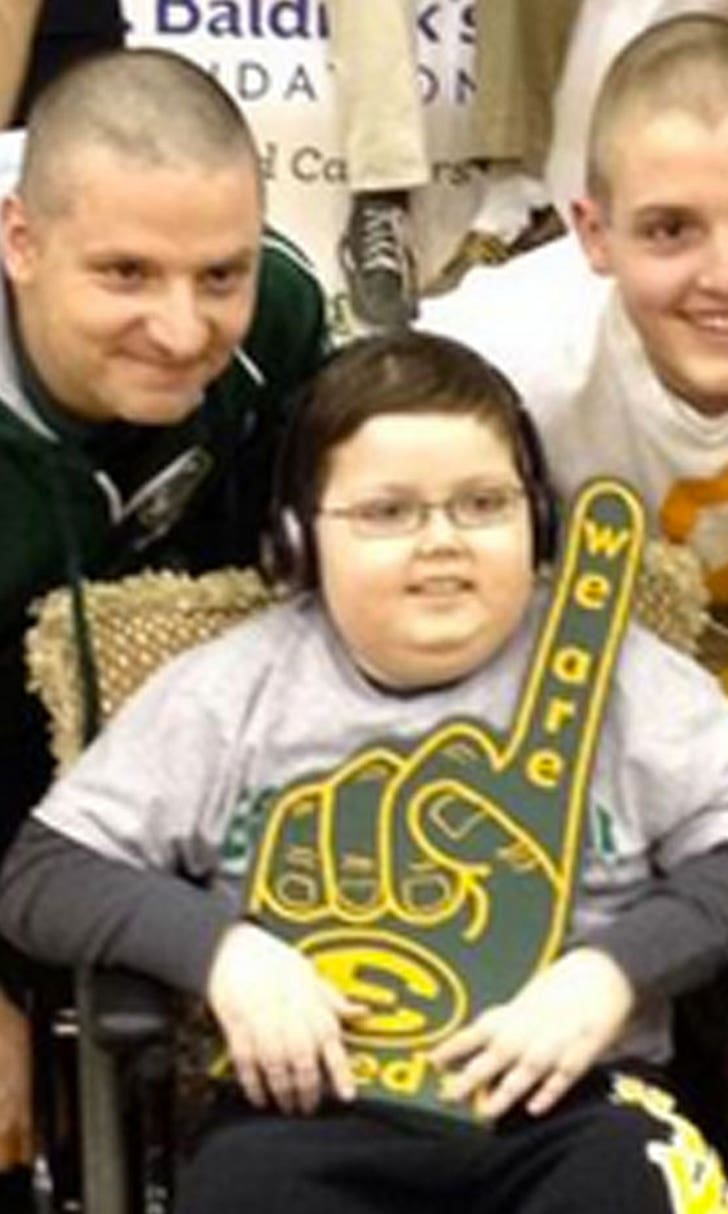 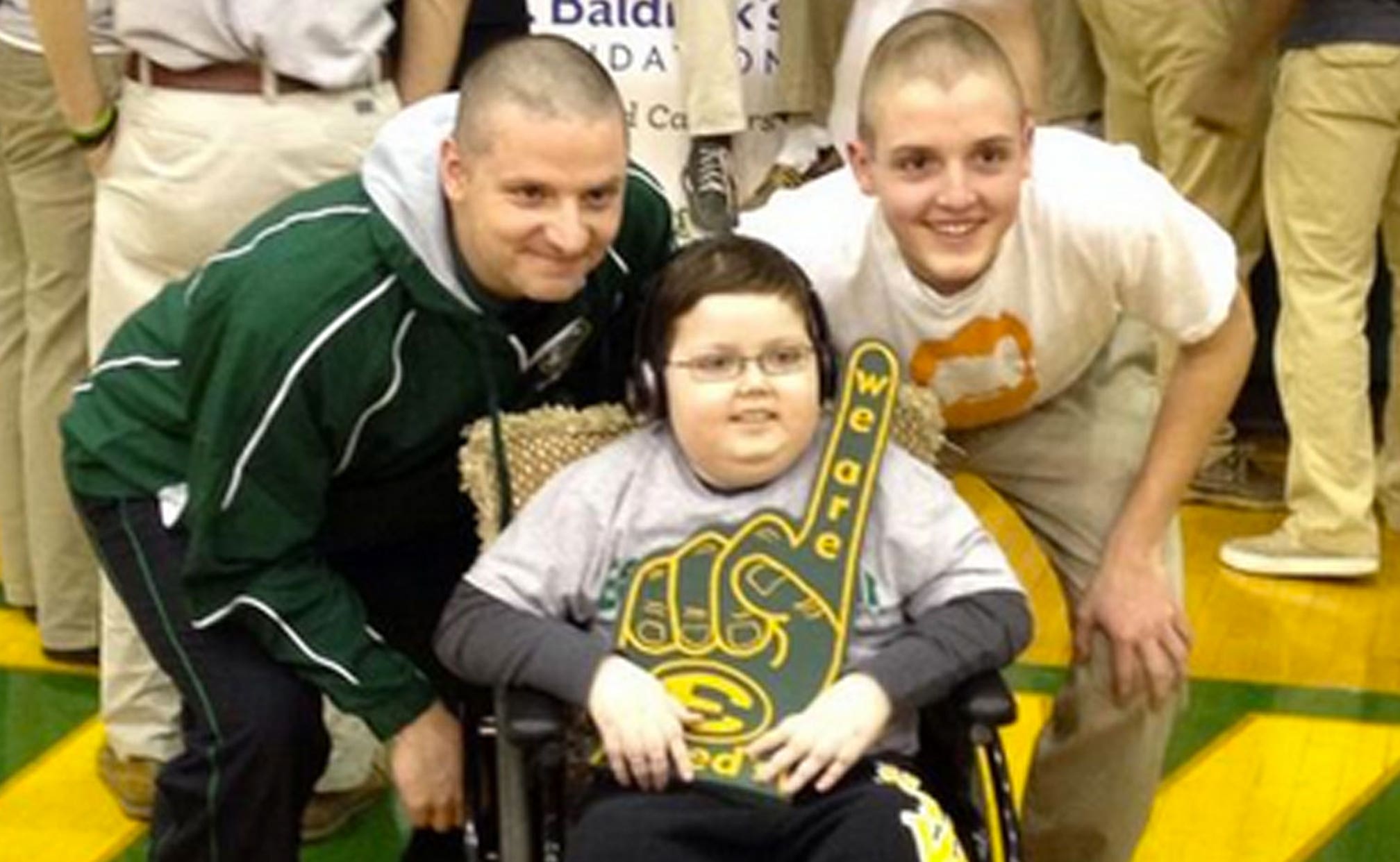 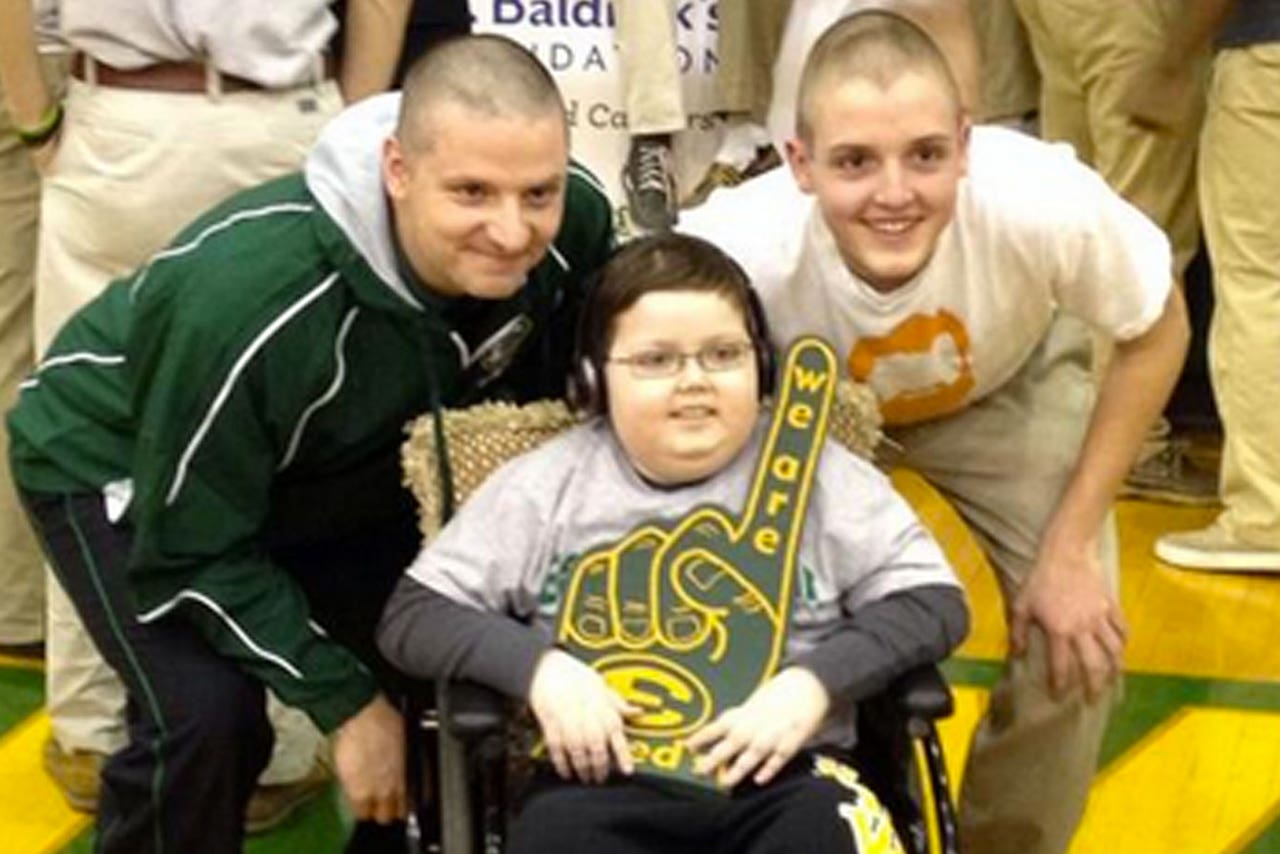 The happy ending for the St. Edward basketball team came in March when the Eagles rallied to defeat Upper Arlington in overtime and win the Ohio High School Athletic Association Div. I state championship.

A somber ending to a part of that team's story came last week when Mike Orbany, the younger brother of team manager Matt Orbany and special friend of the program, lost his battle to brain and spinal cord cancer. Big Mike, as he was known to the Eagles players and many throughout the St. Edward community, was just nine years old.

St. Edward players donned special warmup shirts throughout the state tournament emblazoned with #NEGU -- "Never Ever Give up" -- in support of Big Mike, who'd been battling cancer for four years.

"The NEGU saying, that's an attitude and it's something that resonated with the team," St. Edward coach Eric Flannery said this week. "Big Mike was an inspiration, no doubt. We saw him battle and battle. 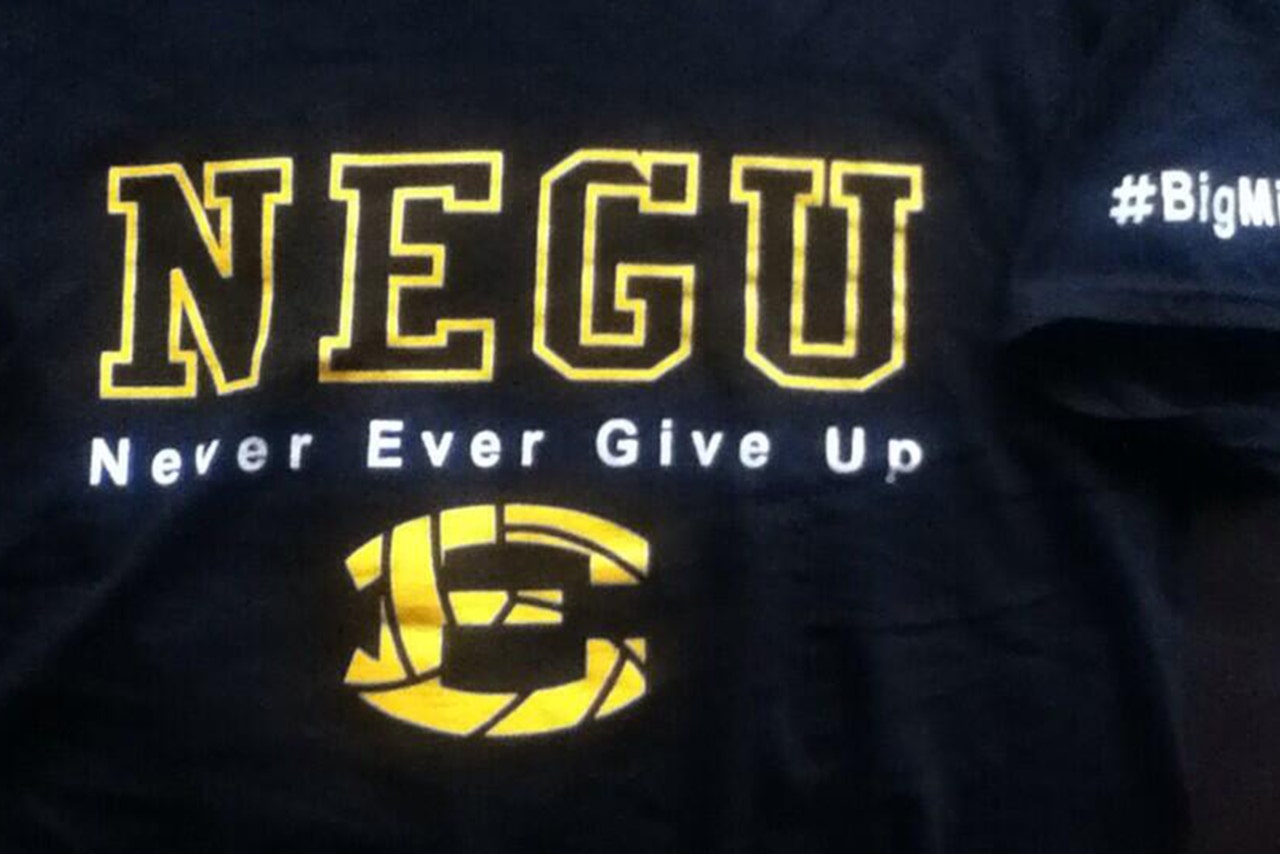 St. Edward players donned special warmup shirts throughout the state tournament emblazoned with #NEGU -- "Never Ever Give up" -- in support of Big Mike, who'd been battling cancer for four years.

"It'll be in different forms, and it will be different for different kids, but this is something all of us will take with us forever."

By the time the Eagles made the state tournament, Flannery said Big Mike was unable to make the games but was carrying on his fight and listening to the games from home. The Eagles entered the state tournament as one of the favorites and basically cruised all the way to the state final but trailed by three points in the final five seconds.

Senior Marsailis Hamilton inbounded a pass in front of the Eagles bench, stepped back in and got the ball back, launching a high-arching shot from well beyond the 3-point line that went in and forced the game overtime, where the Eagles pulled away.

"Maybe it was meant to be that Big Mike was going to stay with us through the tournament and that we were supposed to win it," said junior Kipper Nichols, the team's leading scorer. "I think there's something to that."

When the Orbany family arrived home Monday night from Big Mike's calling hours -- held over a five-hour span at St. Edward -- it found the entire neighborhood lined with luminaries, both sides of the street, in Big Mike's honor.

In March, most of the St. Edward players shaved their heads as part of a fundraiser at the school for the St. Baldrick's Foundation, a volunteer-driven charity dedicated to fighting childhood cancer. Flannery, pictured with Matt Orbany and Big Mike, was among the more than 400 people who got a buzzcut that day.

"I'll always remember just how powerful it was for the whole community and the whole basketball team to rally behind him, root for him," Nichols said. "It was a great feeling to see the smile we as basketball players could put on his face when he was around.

"It's just sad, but it brought us closer together. We learned that there's more to life than basketball."

Last week, Flannery tweeted that Big Mike "was an inspiration to many" and will never be forgotten.

"It makes all these kids appreciate what they have," Flannery said. "They're going to be better people for having been alongside Mike during his fight."