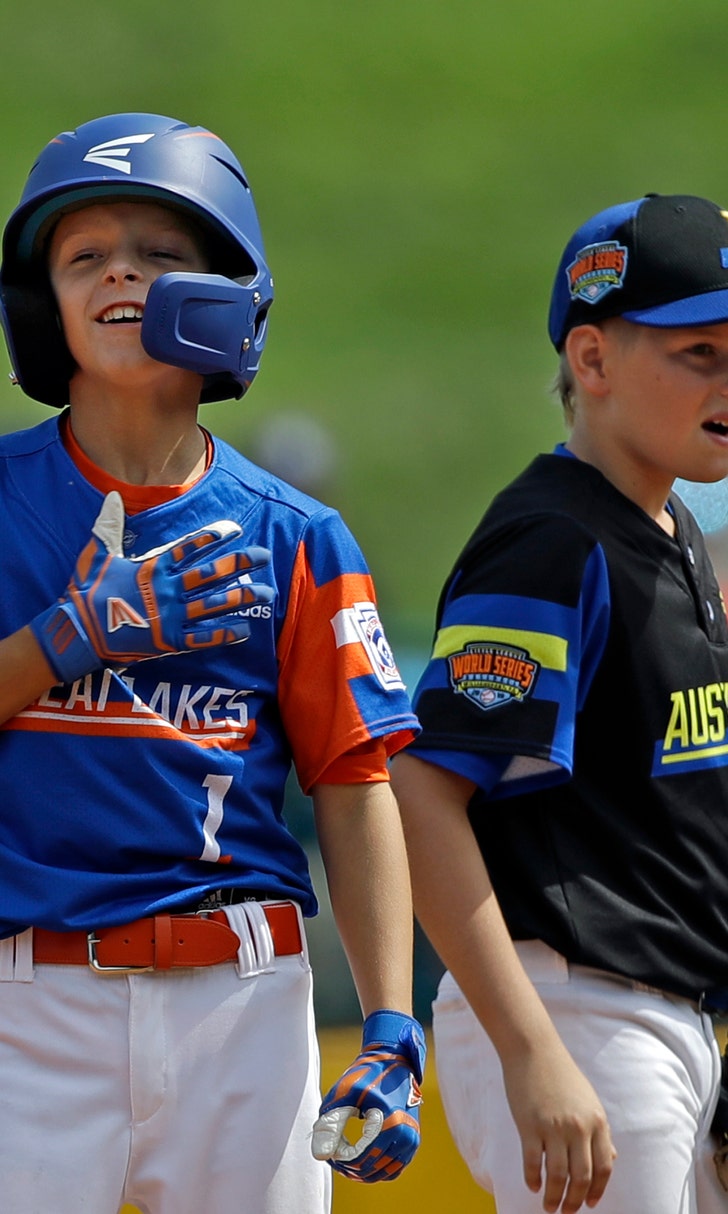 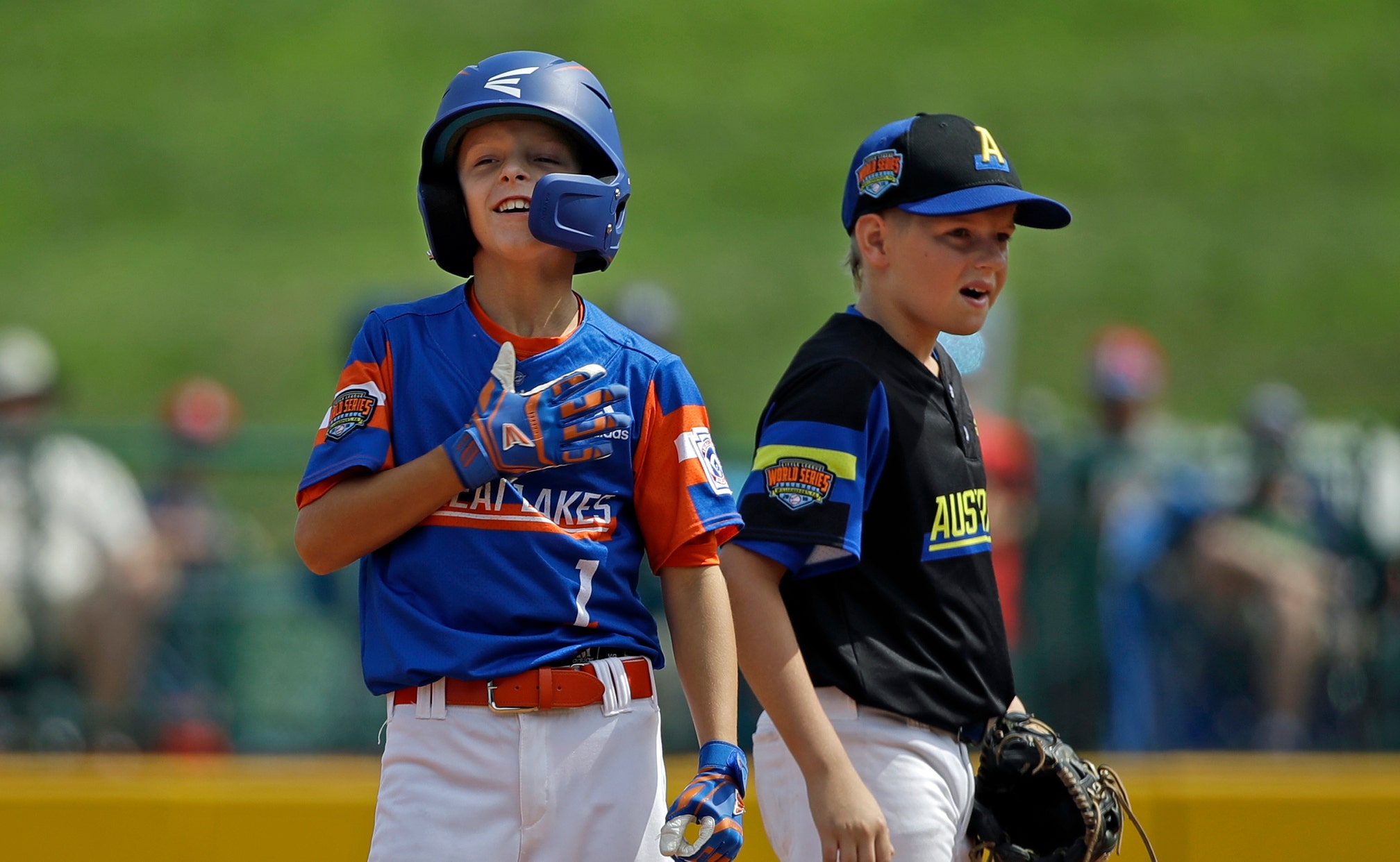 The pressure was off for the Monday morning game, and the butterflies had settled. Both teams were out of the running for the Little League World Series title after 0-2 starts.

Early elimination doesn't mean an early trip home for most teams at the series. They stick around to play in consolation games, pitting one eliminated international team against an eliminated team from the U.S. side of the bracket.

After enduring an exhausting string of high-stakes baseball games just to get to South Williamsport, and the stress that comes with playing before thousands of fans — not to mention the TV audience — it's often a nice return to pure and simple baseball.

For Jackson, who played sparingly throughout this Bowling Green, Kentucky, team's run to the Great Lakes Region title, it also was a chance to see the field. He went 2-for-4 with a double at the plate, driving in a pair of runs in a 4-1 Kentucky win — not that the final score impacted much.

"It just felt really good because I didn't really play much in state or districts or even regionals that much," Jackson said. "But I got to go out there and do my job, and that's what I did today."

Little League World Series success can often come down to which teams adjust best — and fastest — to the stage it's played on, and Kentucky just never got going. The bats went uncharacteristically silent on this group, which scored just two runs in two tournament-opening losses.

Just like that, Kentucky's bid for a title was over. But the consolation game offered the players a chance to regroup.

"The first two days, it didn't hit me," Luke Idlett, Jackson's brother, said. "I had butterflies the first game. As the week went on, it hit and just felt amazing. I wasn't as nervous as I was the first game."

After a 4-3 defeat against Oregon in a consolation game Tuesday, Italian manager Francesco Lamanuzzi said through an interpreter that the real reward was simply getting to South Williamsport.

The consolation game simply provided his players a last chance to carve out memories.

Federico Tamburini made one when he ranged into shallow left field from his shortstop position to snare a pop-up with his back turned to the infield, all while avoiding the left fielder, who was also charging hard to make the play.

The 4-foot-10, 94-pound infielder earned a heap of praise from well-known baseball reporter and analyst Tim Kurkjian on ESPN's broadcast.

Asked in the postgame news conference what his favorite takeaway from the Little League World Series would be, Federico didn't hesitate.

"The catch," he said through an interpreter. "The catch for sure."

The consolation games also give teams from the U.S. bracket a chance to play games against opponents from other countries.

After completing their game Monday, the Australian and Great Lakes teams met in a huddle near the mound, exchanging hats with one another and snapping photos.

"It's just cool because you get to meet new people, and it's something that you've never experienced before," Jackson said.

But don't be fooled by all the postgame camaraderie. You don't get to the series if you don't have a competitive edge.

As Luke spoke about the things he enjoyed about playing Australia — which shared a building with Kentucky in the Little League barracks where teams stay — Jackson moved closer to the microphone, ready to jump in after his brother failed to state Kentucky's main goal against the Aussies.