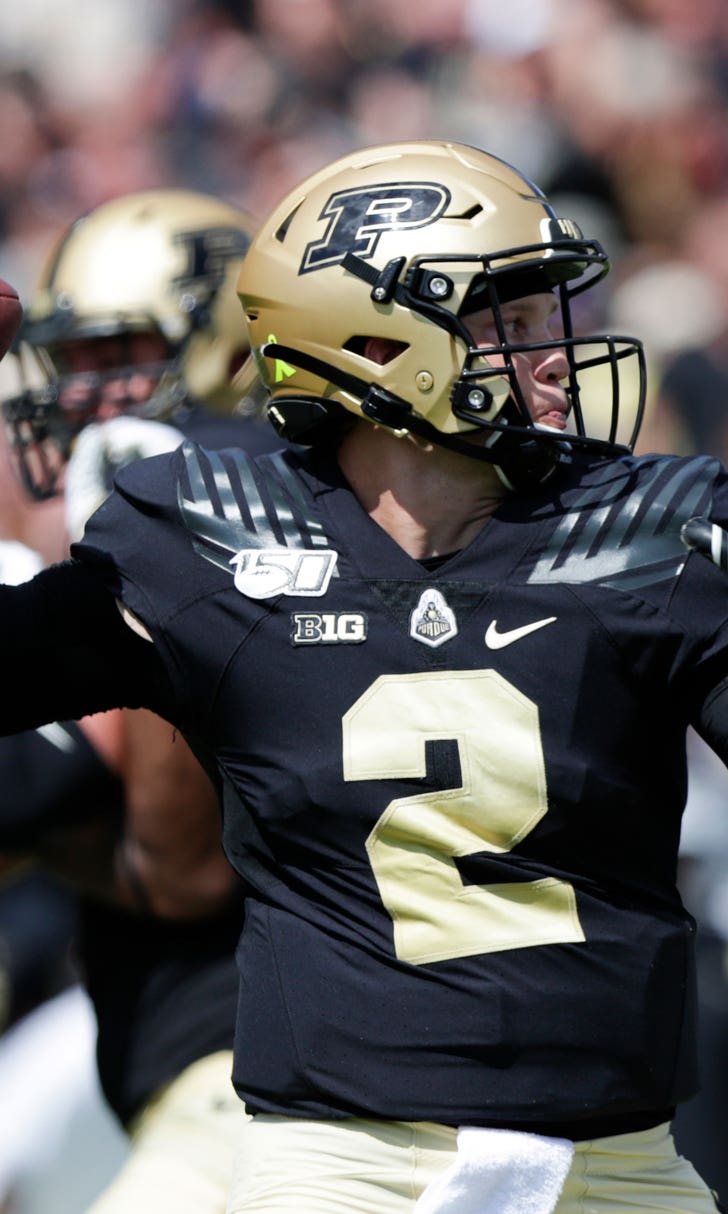 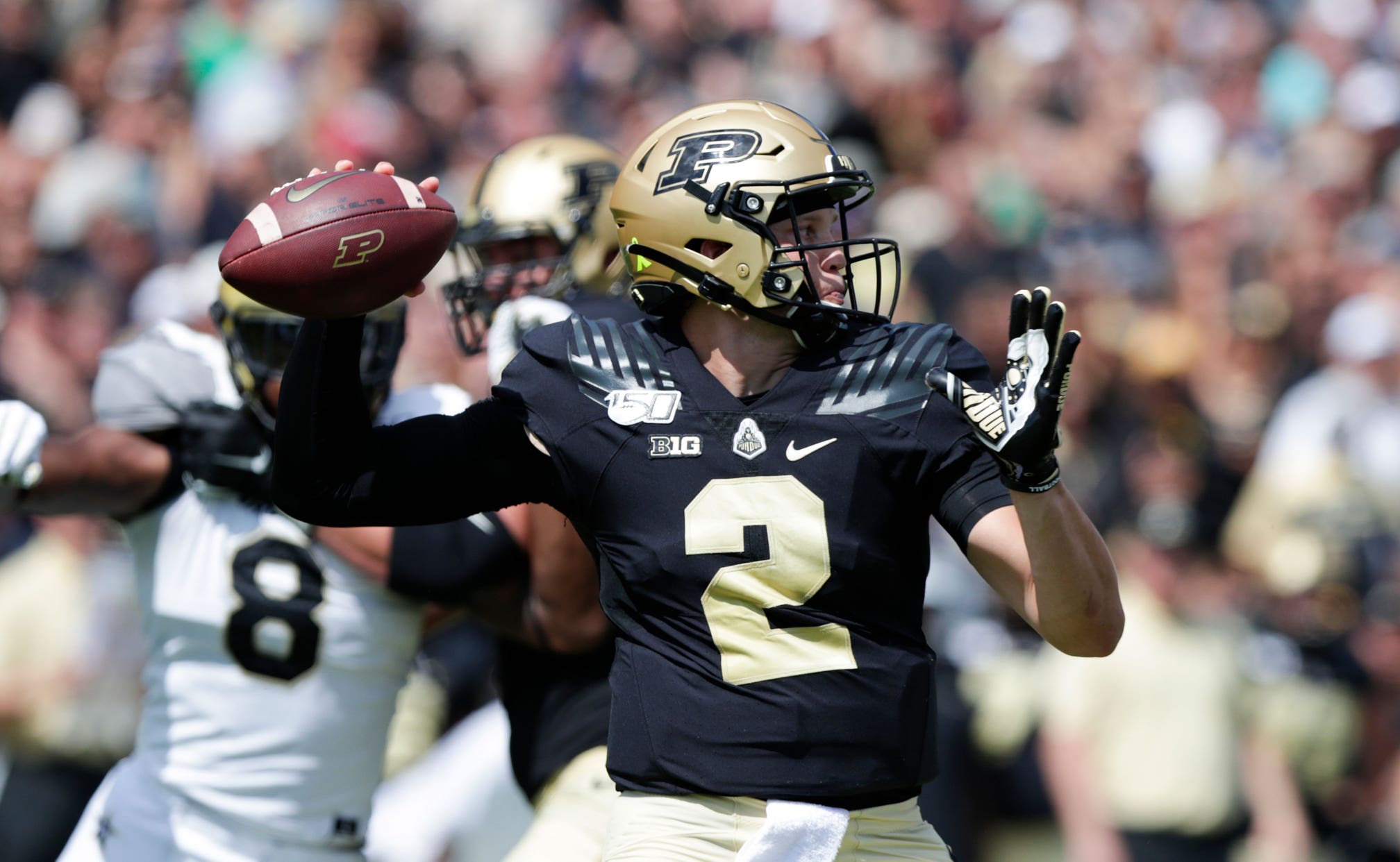 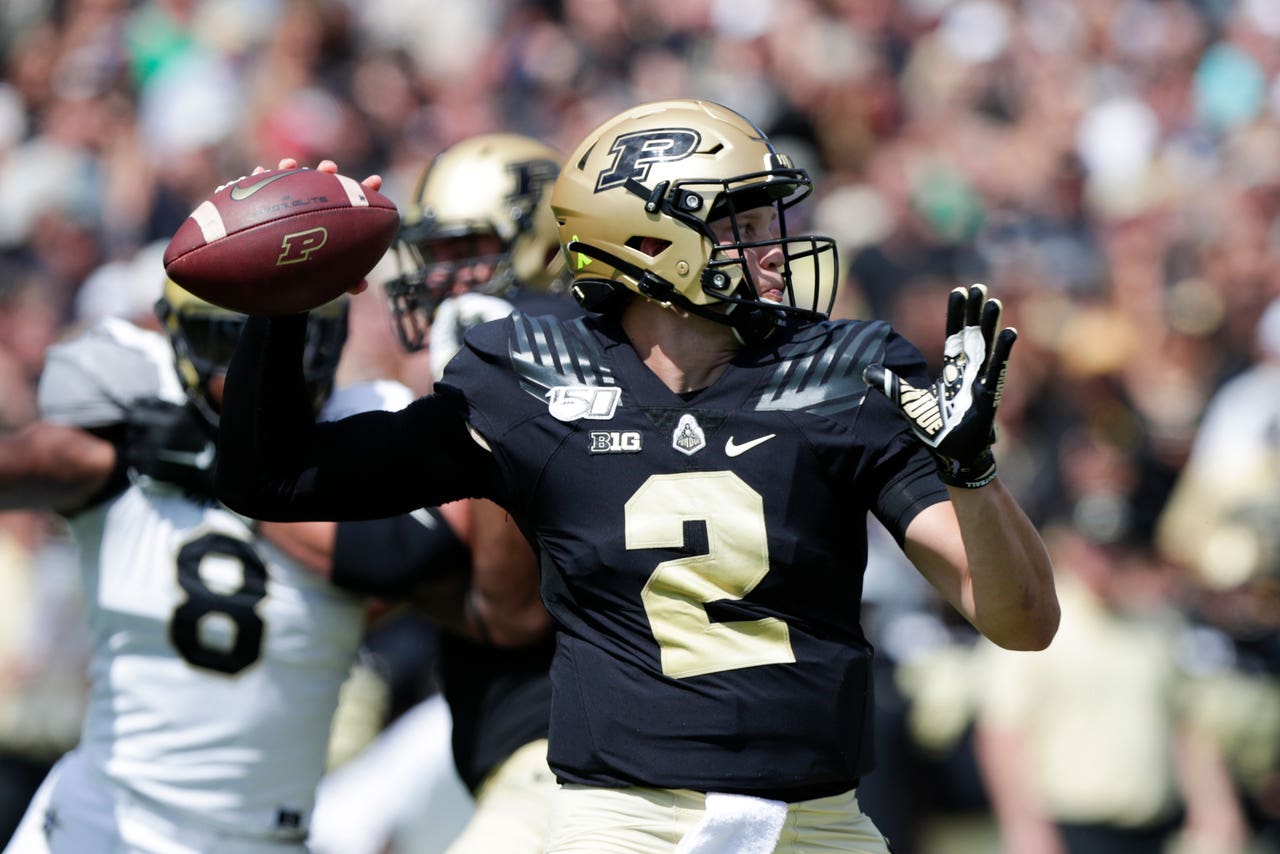 Sindelar passed for 509 yards and five touchdowns and ran for another TD in the Boilermakers' 42-24 victory over Vanderbilt on Saturday. Purdue caught 13 passes for 220 yards, both career highs.

"Our offense made a lot of big plays in the passing game so credit to Elijah, Rondale and the receiving corps," Purdue coach Jeff Brohm said. "My view is pretty high of Rondale so I don't know if it can get much higher. But for someone to continually come through every week and raise the bar and not be satisfied, that's Rondale Moore. He was tremendous (Saturday)."

"I'm just going out there and doing my job," he said. "Whether that's getting someone else open or me being the first read on the play."

"That's probably the best game I've seen Elijah throw the rock," Hopkins said. "He was zipping it in there when he needed to, he was putting air under it when he needed to. He knows what he's doing and I put my trust in him."

The Boilermakers (1-1) scored quickly after taking the second-half kickoff to take a 21-10 edge. Jared Sparks hauled in a wide-open 50-yard TD pass from Sindelar as one Vanderbilt defender fell down on the coverage. It was junior Sparks' first TD and the longest catch of his career.

Sindelar's 20-yard TD pass to, pushed the lead to 28-10. The play was set up after a 15-yard penalty for helmet targeting by Vanderbilt cornerback Randall Haynie, who was disqualified.

Vanderbilt (0-2) closed the deficit to 28-16 on Riley Neal's 10-yard touchdown pass to Cam Johnson early in the fourth quarter.

Neal set up Vanderbilt's opening score in the first quarter with a 49-yard pass to Karlija Lipscomb, putting the ball on the Purdue 4. Ke'Shawn Vaughn scored on a 1-yard TD.

Sindelar connected with Hopkins for a 12-yard touchdown pass to tie the game at 7-all.

Sindelar's 2-yard TD pass to Payne Durham put Purdue ahead 14-7 with 4:56 left in the second quarter.

The Commodores closed the deficit to 14-10 with Ryley Guay's 48-yard field goal with 53 seconds left in the first half. Vanderbilt's drive was hurt by three penalties for 30 yards on the drive.

Neal, a fifth-year graduate transfer from Ball State, threw for 378 yards and two touchdowns as the Commodores had an improved offensive effort from its opening 30-6 loss to Georgia

The Commodores hurt themselves with 13 penalties for 100 yards. Vanderbilt coach Derek Mason took the blame for the undisciplined effort

"Too many times on third down we shot ourselves in the foot," Mason said.

After blowing a 17-point third-quarter lead in a 34-31 loss at Nevada in the season opener, the Boilermakers were able to maintain a lead. Purdue committed one turnover compared to five in its opener. One concern is the Boilermakers managed just 31 yards on 18 carries. Purdue had just seven yards on nine carries until the final play of the third quarter.

"We've got to find a way to run the ball more and we're aware of that," Brohm said. "It seemed like every time we handed it off, we got minus four (yards)."

Vanderbilt has not beaten a Big Ten team since topping Penn State in 1957, losing seven in a row. The Commodores are now 1-2 against Purdue, winning in 1941 and '42

On Purdue's final possession, quarterback Elijah Sindelar ran for seven yards on third-and-14. Purdue coach Jeff Brohm said Sindelar got dinged up but had no update on his status. Sindelar went to the medical tent after the game and was not available for post-game interview.

Vanderbilt: The Commodores have a bye week before returning to play host to LSU on

Purdue: The Boilermakers play host to TCU on Saturday night.