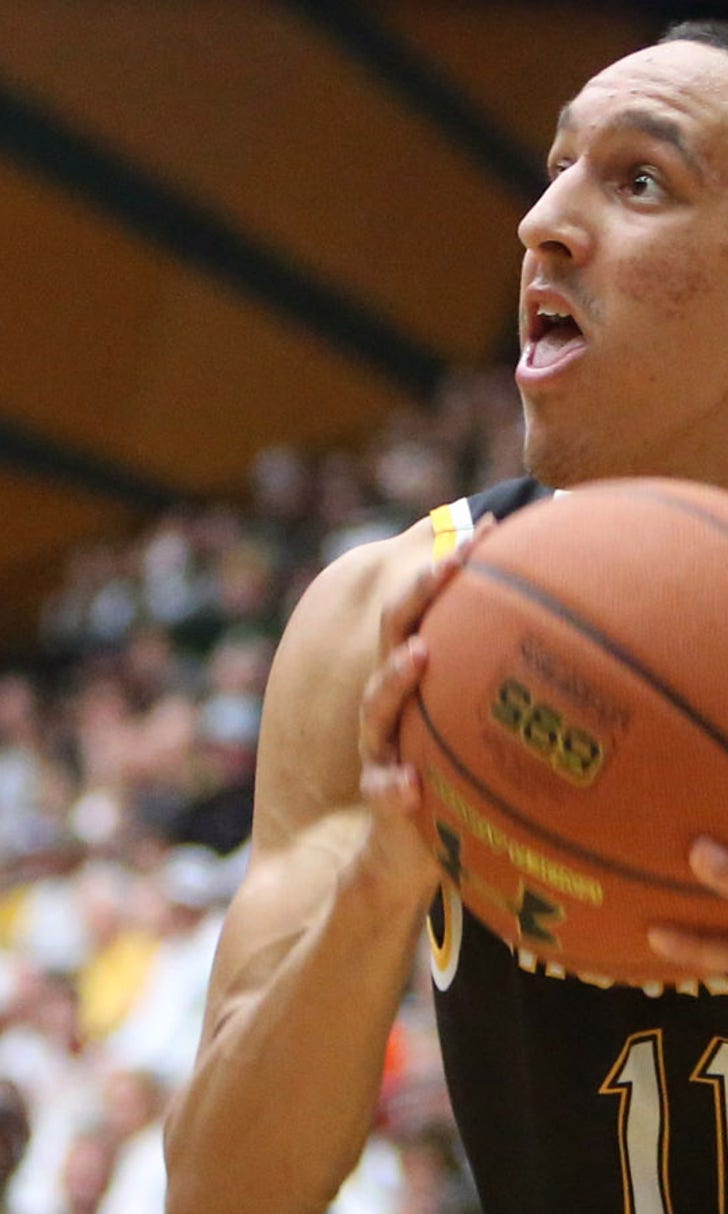 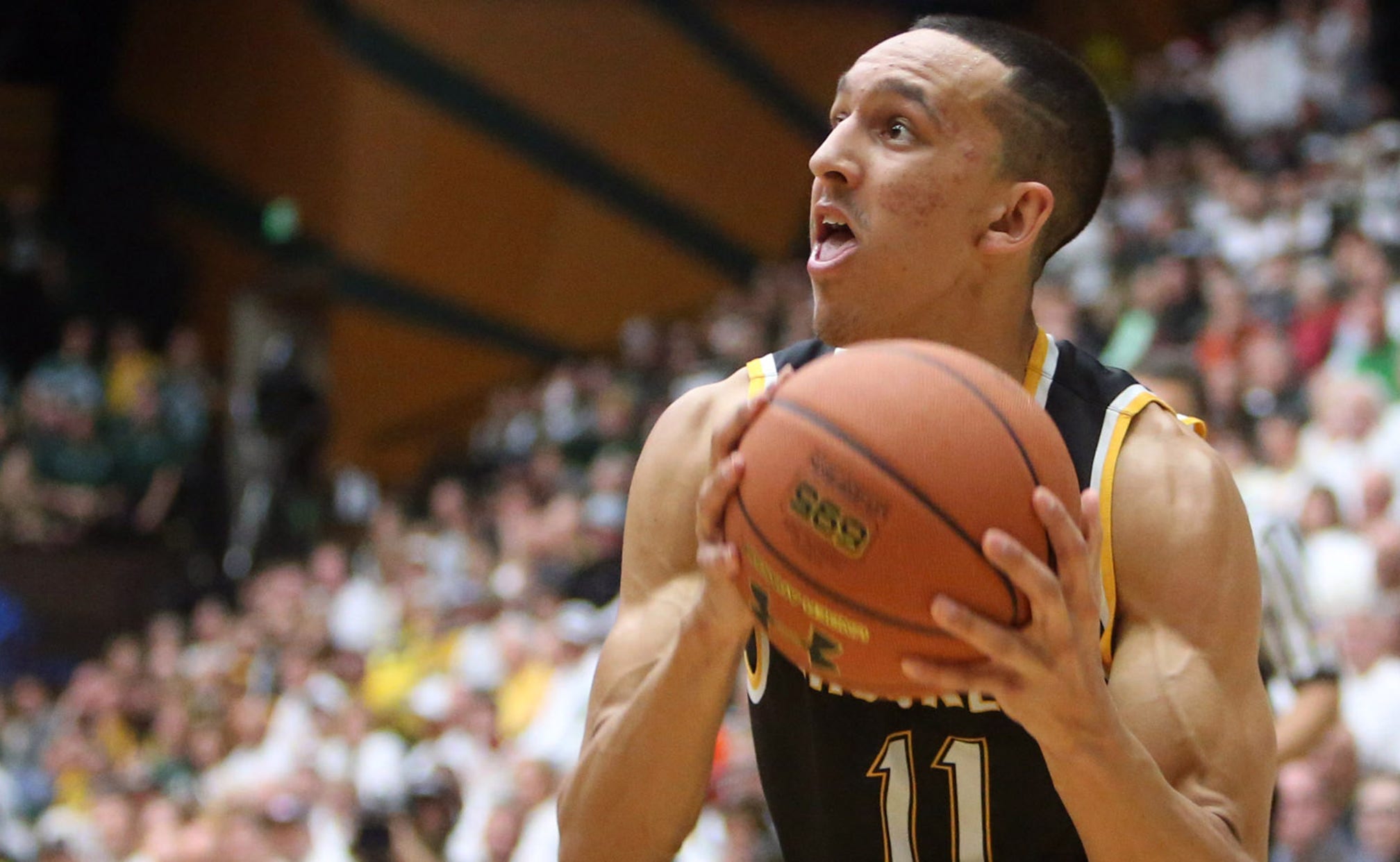 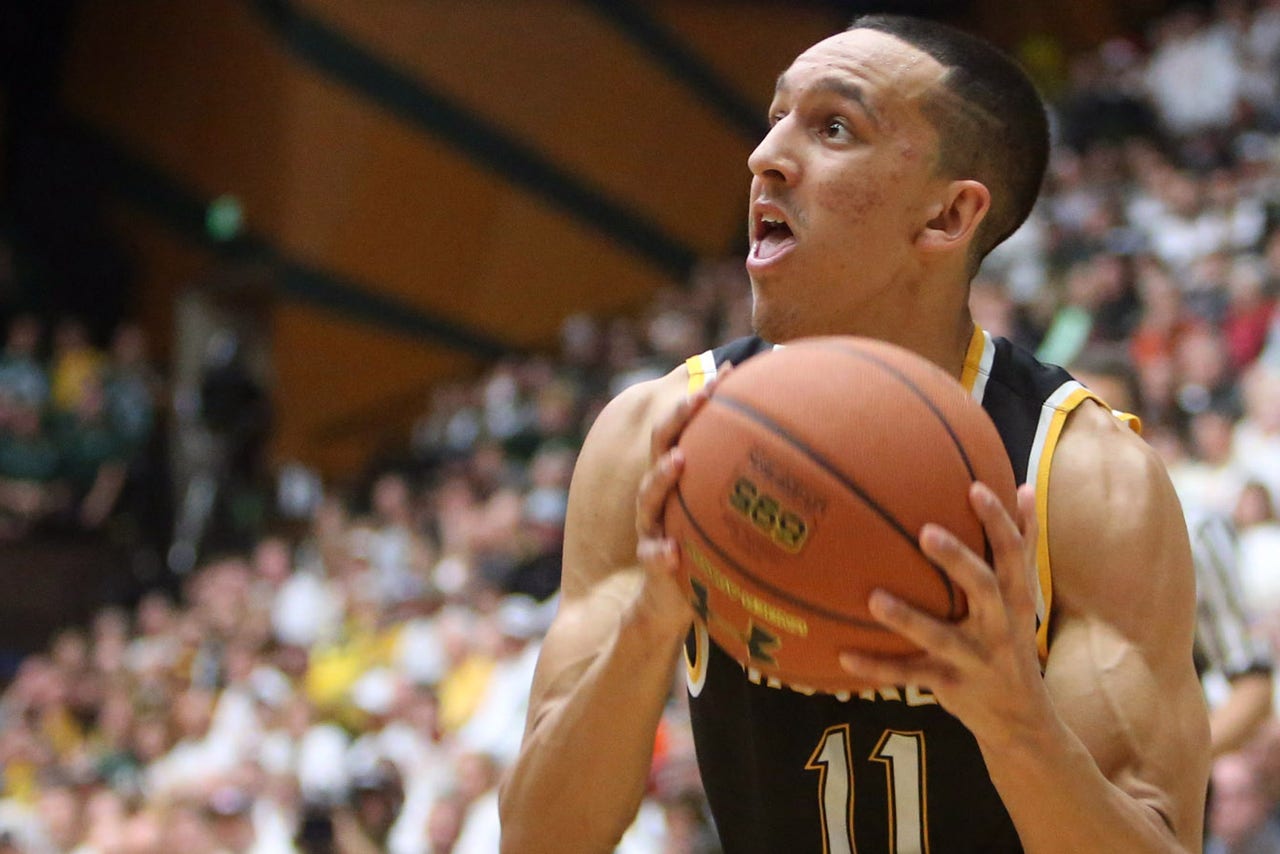 Wichita State's Landry Shamet has converted on 59 3-pointers this season.

With a win Saturday at Missouri State, No. 25 Wichita State will become the first Missouri Valley Conference squad to wrap up four MVC regular-season titles in a row since Southern Illinois was ruling the roost from 2002-05.

But to win it outright, the Shockers (26-4, 16-1) will need help. Illinois State, which is also 16-1 in the conference, visits Northern Iowa in a game that will start around the time Wichita State's game ends.

If the Redbirds win, they'll tie the Shockers for first and likely earn the top seed for next week's conference tournament in St. Louis on the basis of a superior RPI. Friday's RPI Report has Illinois State rated 33rd and Wichita State 42nd, mainly because of the Redbirds' tougher non-conference schedule.

In any event, the Shockers are in position to add to the considerable legacy built by coach Gregg Marshall. A win Saturday makes him the first MVC coach in 60 years to win five regular-season titles.

"It's really cool where we've put ourselves at right now," he said after Tuesday night's 109-83 rout of Evansville. "We've got work to do on Saturday. At the minimum, we know we come out of there as co-champions with a win. We hope to achieve a whole lot more."

Wichita State has remained more than relevant in its first year after the Fred VanVleet-Ron Baker era, which saw the two guards bring the Shockers into the national spotlight with a Final Four trip in 2013, a 35-1 record in 2014 and a Sweet 16 trip in 2015.

While the Shockers are playing for a championship, the Bears (16-14, 7-10) are shooting for a season-making win that would also allow them to stay away from Thursday night's play-in round of the MVC tourney.

Despite sinking a school-record 253 3-pointers this season and possessing the likely MVC Newcomer of the year in 6-9 junior forward Alize Johnson (14.4 ppg, 10.5 rebounds), Missouri State hasn't been able to display the needed consistency to win in its conference.

Coach Paul Lusk was particularly displeased Wednesday night with a 77-68 loss at 11-19 Bradley, calling his team's performance soft on his post-game radio show. Even the school's website chimed in with its postgame recap, saying that the Braves were outhustled down the stretch.

"I can't defend the way we performed," Lusk said. "It's my responsibility and I'll take full blame for it. It would have been a grave, grave injustice if we had found a way to win that game."

In the teams' first meeting on Feb. 9, Wichita State rolled to an 80-62 win in Koch Arena, scoring 27 points off 21 turnovers. It put five players in double figures and led by 34 points two minutes into the second half.

Wichita State Shockers
share story
those were the latest stories
Want to see more?
View All Stories
Fox Sports™ and © 2020 Fox Media LLC and Fox Sports Interactive Media, LLC. All rights reserved. Use of this website (including any and all parts and components) constitutes your acceptance of these Terms of Use and Updated Privacy Policy. Advertising Choices. Do Not Sell my Personal Info