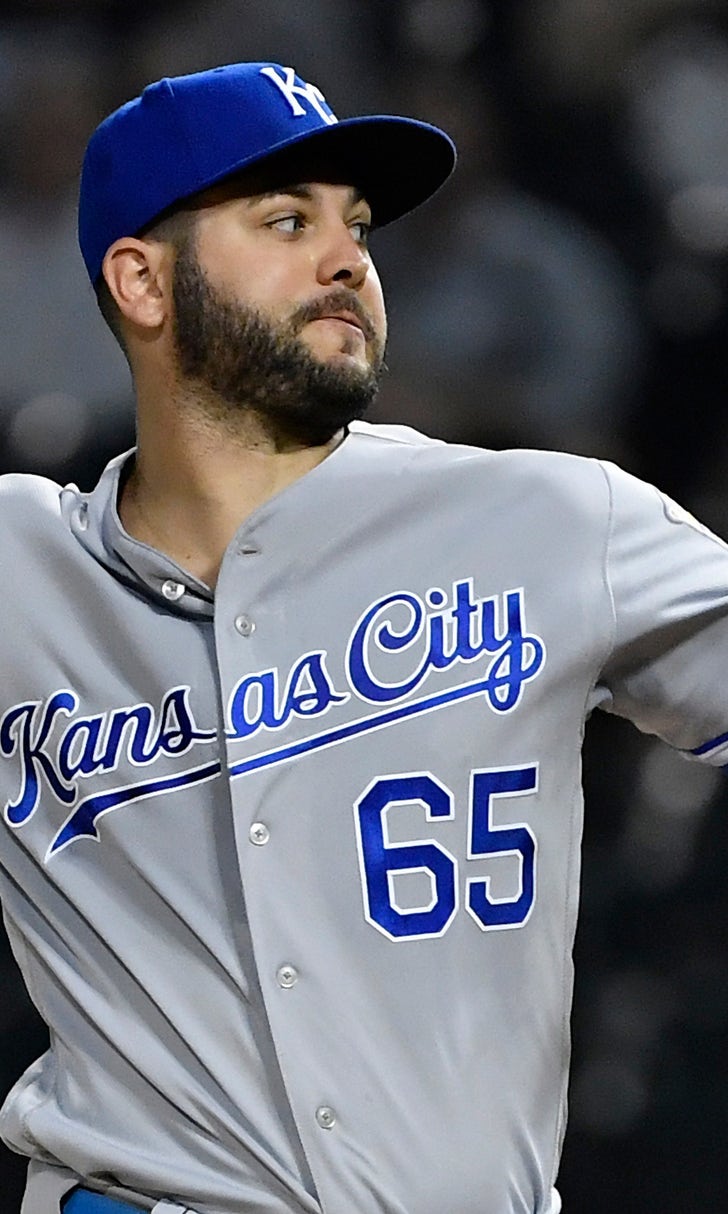 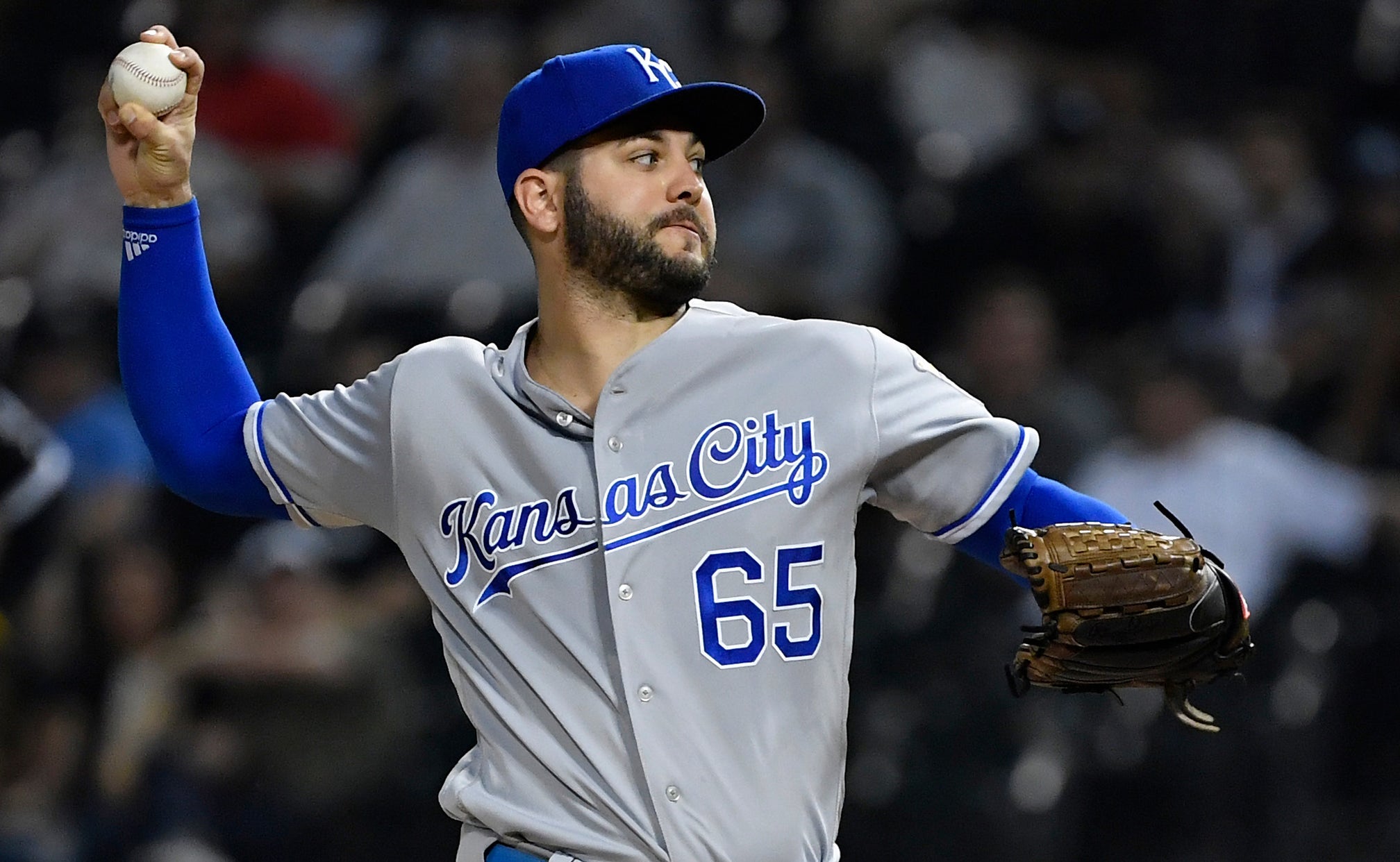 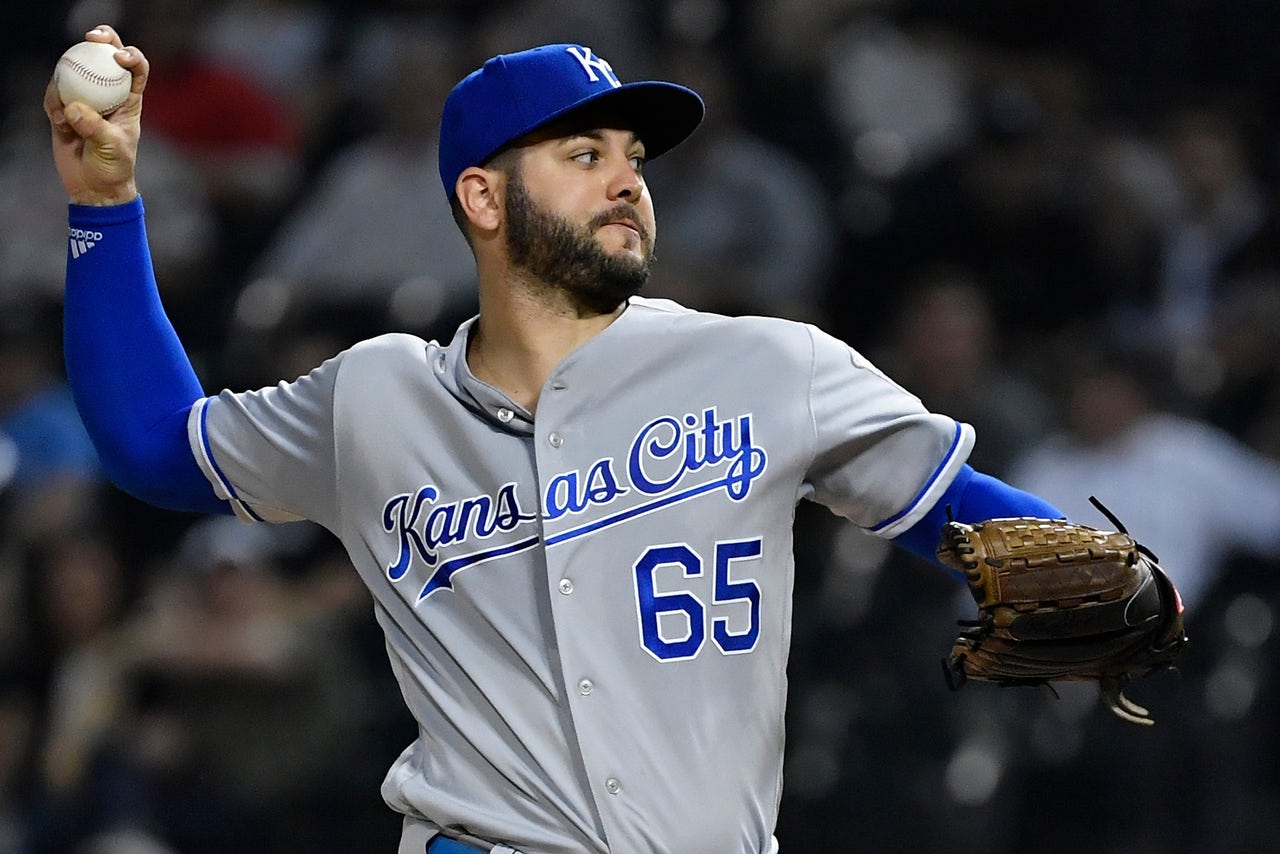 CHICAGO  — Two young sluggers who are considered pillars in the ChicagoWhite Sox rebuilding plan came through with impressive drives on the same night.

Adam Engel added a solo shot for as the White Sox won their second straight, but just their fourth in 14 games.

The White Sox expect Jiménez and Moncada to play prominent long-term roles as the team reshapes itself into a contender after a lengthy drought. Jiménez thinks their power show could continue for years.

"It was really cool," Jiménez said. "I hear it was the first game Moncada and me hit home runs in the same game. That is the first of many to come and it feels really good."

White Sox bench coach Joe McEwing spoke after the game in place of manager Rick Renteria, who left early from his first contest back after undergoing shoulder surgery last Friday.

"It's nice that they're going to be in the lineup hopefully for the next 10 years," McEwing said.

Yost on the outing by Jakob Junis: "Seems like he struggles a little bit to find his slot and to get going, but after the first inning generally he finds it and settles it." #AlwaysRoyal pic.twitter.com/X4hRLAJe16

Jimenez drove a 1-1 pitch from Jakob Junis to the opposite field and into the right-field visitors' bullpen in the first inning for his 25th home run and a 4-1 Chicago lead.

"Threw a sinker down and in that was a pretty good pitch and he just sliced it opposite way for a homer," Junis said.

Moncada's 23rd homer, off Kevin McCarthy in the seventh, landed high in the batter's eye and was measured at 452 feet.

"He put that one almost in the scoreboard," Jiménez said.

Adalberto Mondesi, Alex Gordon and Ryan O'Hearn went deep for the Royals on a warm night when the ball carried well and every run was scored on a homer.

Ivan Nova (10-12) allowed three runs in 5 2/3 innings to snap his three-game losing streak. The right-hander yielded six hits, including the Royals' three solo shots, while walking none and striking out five.

Junis (9-13) permitted five runs in five-plus innings in losing for the third time in four decisions.

Mondesi homered in the top of the first to put Kansas City ahead.

The White Sox loaded the bases with one out in the bottom of the inning when Moncada's hot comebacker glanced off the heel of Junis' glove for an infield single. Jiménez followed with his slam.

Engel homered on the first pitch in the bottom half.

White Sox shortstop Tim Anderson entered the game with an AL-leading .334 batting average but went 0 for 4 to drop to .331. Other numbers are at play as the 26-year-old seeks to become the third batting champion in White Sox history, following Hall of Famers Frank Thomas (1997) and Luke Appling (1936 and 1943).

Anderson has only 435 at-bats because he missed five weeks with a right ankle sprain. To qualify for the batting title, a hitter needs 502 at-bats. Chicago has 18 games remaining.

Manager Rick Renteria said he'll try to get Anderson the at-bats he needs, but not at the expense of his "physical well-being."

"Obviously you know that something is at stake for him as well and you try to balance it as best you can," Renteria said.

First baseman Andrew Vaughn, drafted No. 3 overall and signed by the White Sox out of Cal-Berkeley in June, made his first trip to Guaranteed Rate Field and met with players and coaches. Rated by Baseball America as the top hitter in the 2019 draft, Vaughn played for two Class A teams this season.

Royals: RHP Jake Newberry (shoulder) was reinstated from the 10-day IL. He last pitched on Aug. 19.

White Sox: Renteria was back in the dugout — with his right arm in a sling — after undergoing right rotator cuff surgery on Friday and missing Chicago's weekend series against the Angels. Renteria attributed the injury mostly to "wear and tear," but said one throw earlier this year worsened his shoulder to a point where he needed surgery.