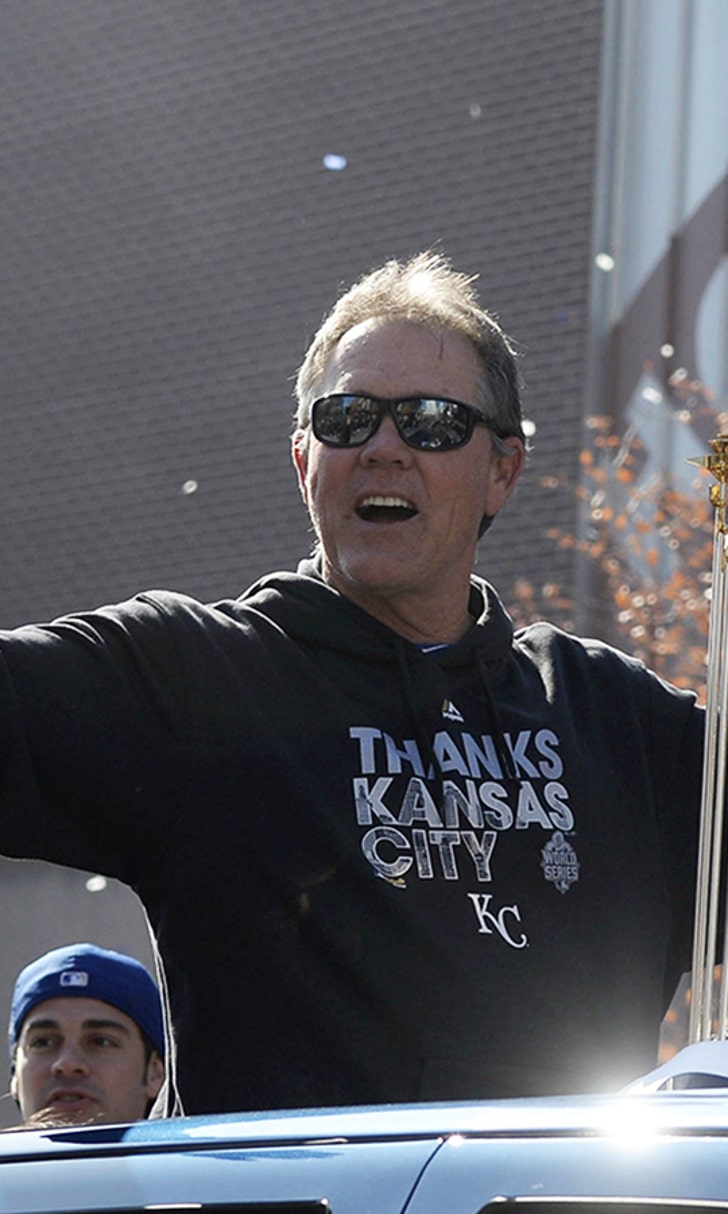 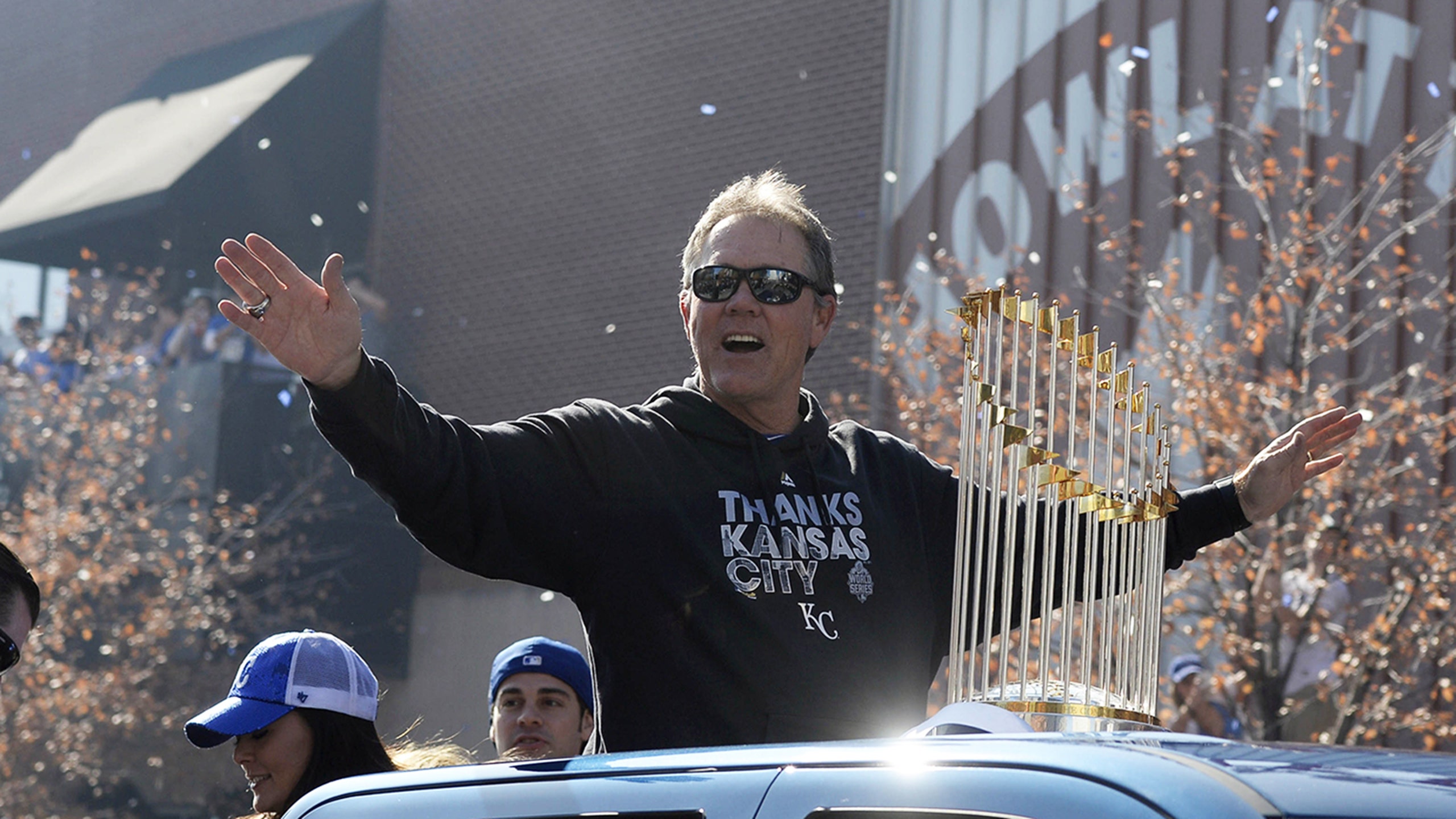 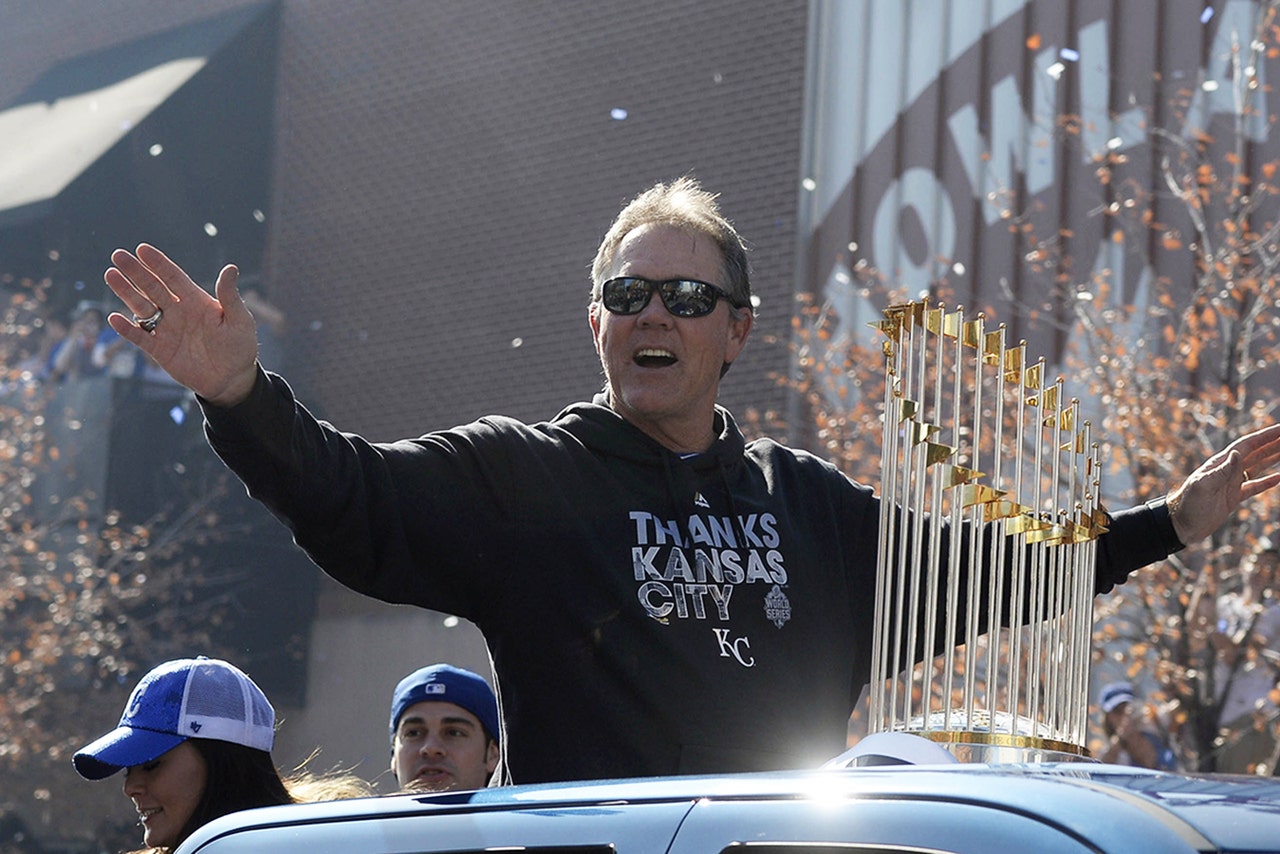 The Kansas City Royals are thanking their fans during a rally celebrating their World Series championship.

Johnny Gomes was a midseason acquisition from the Atlanta Braves who didn't make the playoff roster. But he was credited by his team for bringing positive energy to the clubhouse.

During Tuesday's rally at Union Station, Gomes asked the crowd for a moment of silence in honor of Edinson Volquez's father, Chris Young's father and Mike Moustakas' mother, all of whom died this year.

All three Royals played key roles in Kansas City's playoff run and later praised their teammates for helping them to play through their grief.

Gomes said, "It's unbelievable what those guys did."

Volquez drew loud applause when he vowed to the fans that the Royals would be back on the same stage next season after winning another world championship.

The Royals have arrived at Union Station for a celebratory rally after a parade through downtown Kansas City.

Manager Ned Yost raised the World Series trophy as his vehicle turned into Union Station, prompting loud cheers from the crowd. World Series MVP catcher Salvador Perez later had the trophy as he walked through the crowd, taking selfies and pictures with fans along the route.

Christian Colon, who hit in the go-ahead run in the Royals' 7-2 win over the New York Mets in the championship game, told WDAF-TV that he was not surprised by the turnout. Colon said it was great to see everyone's smiling faces and hear their thank-yous. He says the team won for the city and its fans and is excited to be part of the celebration.