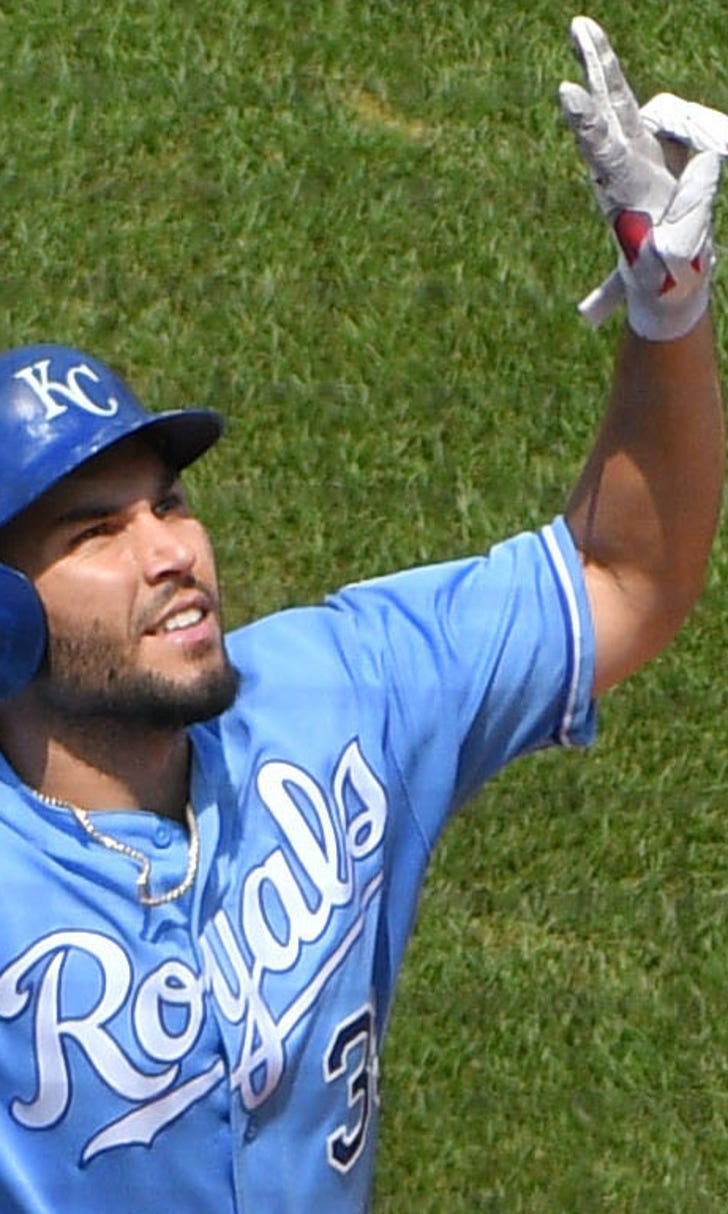 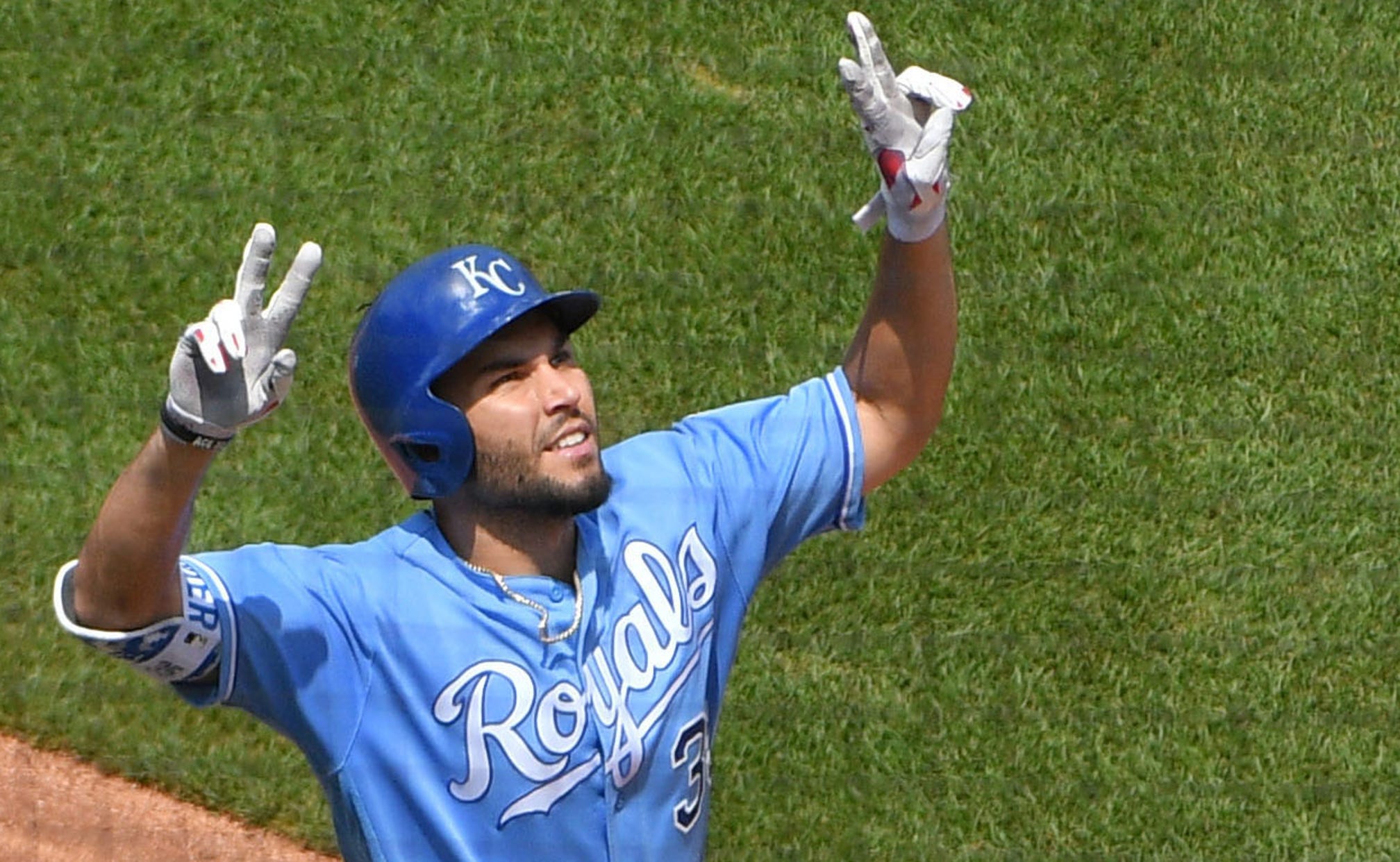 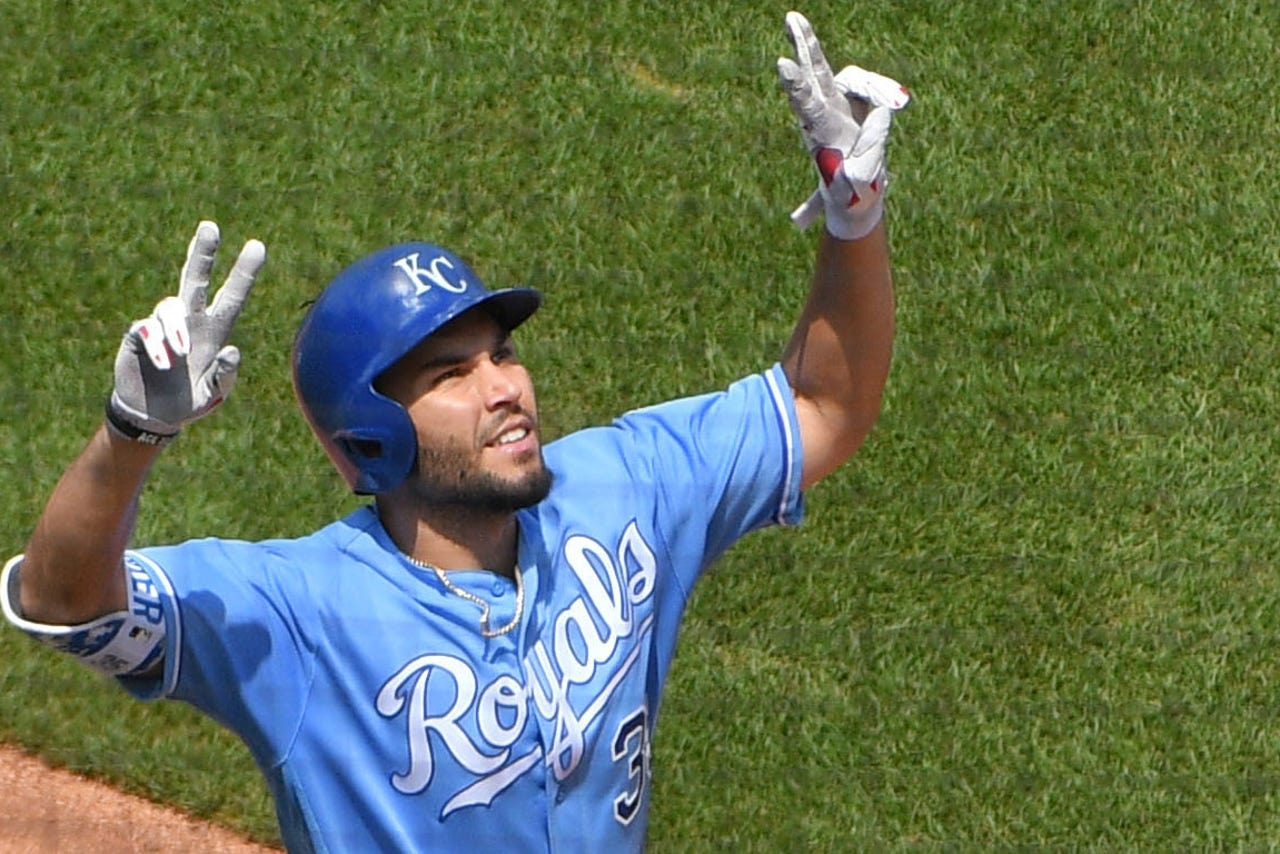 KANSAS CITY, Mo. -- The Royals had four walk-off wins during a homestand for the first time since April 2000.

Whit Merrifield, Jorge Bonifacio and Eric Hosmer hit consecutive home runs off Derek Holland in the fourth inning for a 3-0 lead, and Merrifield hit another solo shot in the eighth off Dan Jennings to tie the score at 4.

Mike Moustakas singled off Gregory Infante (0-1) leading off the ninth and pinch-runner Lorenzo Cain advanced when Infante bounced a slider to Alcides Escobar for a wild pitch. Infante hit Escobar on the left hand, Clippard relieved in his second appearance since he was acquired from the New York Yankees, and Moss doubled.

"I got to two strikes and just tried to battle through it, hope he left something up that I could hit," Moss said. "Before the last couple of weeks, I'd get to two strikes and not to say you'd think it was over, but that you probably missed your chance. But I've been seeing the ball a lot better, and better balance at the plate, so it's not a panic anymore."

Moss is 8 for 19 during a five-game hitting streak that coincides with the winning streak. After hitting .156 in June, Moss is batting .326 with four home runs, five doubles and nine RBIs in July.

"We all know what he can do," Merrifield said. "He was just going through a funk. When he's going well, it's an unbelievable lift to this offense."

Kelvin Herrera (3-2) struck out two in a perfect ninth, extending the scoreless streak by the Royals bullpen to 18 innings over five games. Kansas City has won five straight following a skid of seven losses in eight games and went 6-4 on its homestand.

Kansas City had not hit three straight homers since Tony Graffanino, Angel Berroa and Doug Mientkiewicz against Detroit's Mike Maroth on May 25, 2006, a game the Royals lost 13-8.

Royals starter Travis Wood gave up four runs and seven hits in 4 2/3 innings. He has an 8.31 ERA in three starts this season and is winless as a starter in eight appearances since April 28, 2015.

Adam Engel hit a three-run double in the fourth and scored on Jose Abreu's double for a 4-3 lead.

Yost gives Merrifield high praise after two home run day: "Whit made the best of his opportunity. Now he's a fixture in our lineup." #Royals pic.twitter.com/kbHeiZlcHv

White Sox SS Tim Anderson, who is hitting .212 with a .224 on-base percentage in his past 18 games, was not in the lineup for the second straight game. Anderson has one walk and 20 strikeouts in 67 plate-appearances in that stretch. Manager Rick Renteria said he is giving Anderson "a little mental" break and he will start Monday against the Cubs.

Chicago's Melky Cabrera left in the fifth inning with a bruised big toe on his left foot after fouling a pitch off of it in the first inning. "I had a lot of pain but I don't have a fracture or anything that can mean I'm going to lose a few days," Cabrera said through an interpreter. "I'm going to be great. They did all the tests and I can move the toe."

White Sox: A four-game series against the Cubs opens Monday at Wrigley Field. RHP Miguel Gonzalez (4-9) is to start for the White Sox and RHP Kyle Hendricks (4-3) for the Cubs.

Royals: RHP Jason Hammel (4-8) is slated to start Monday at Detroit in the opener of a 10-day trip. RHP Justin Verlander (5-7) is to pitch for the Tigers.