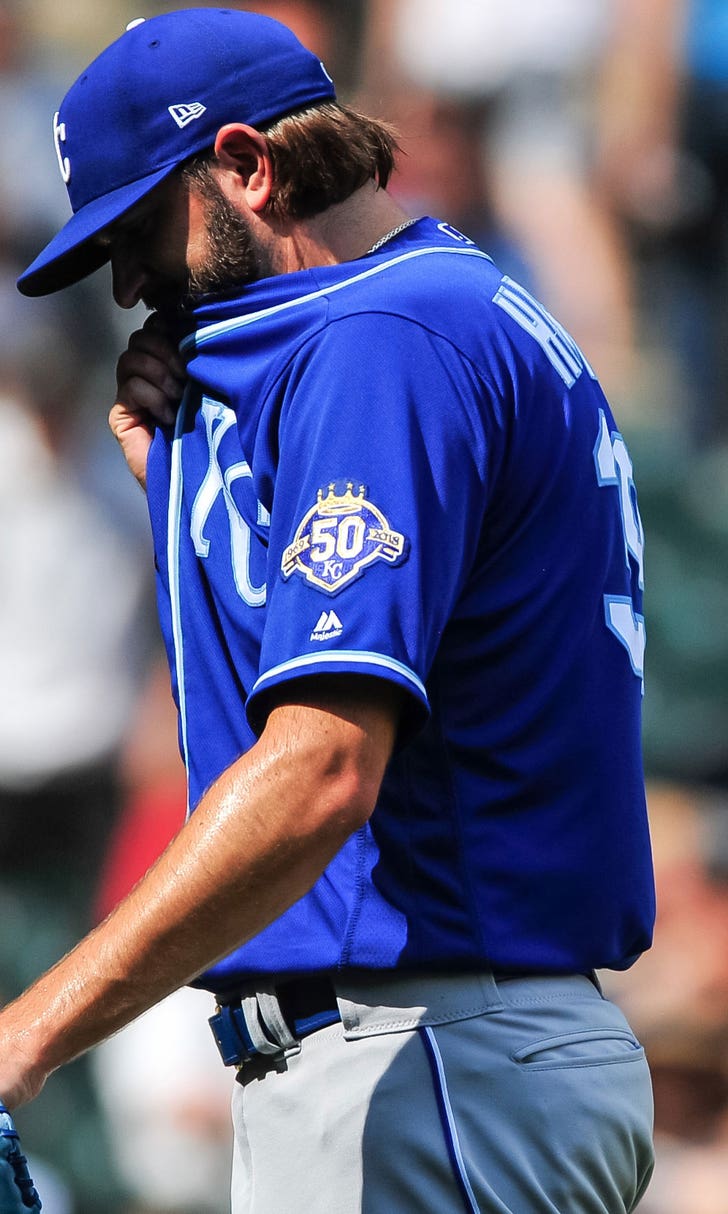 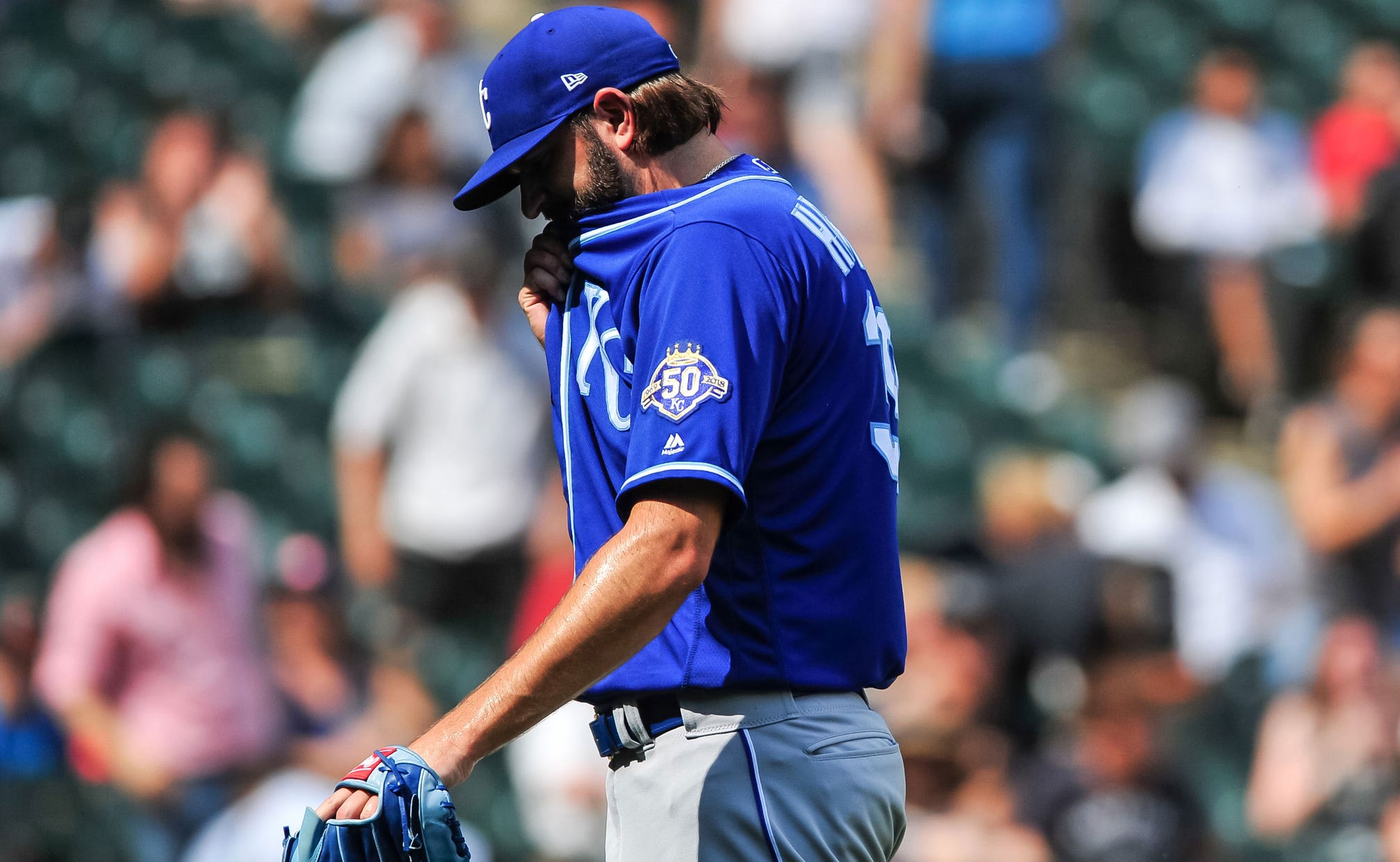 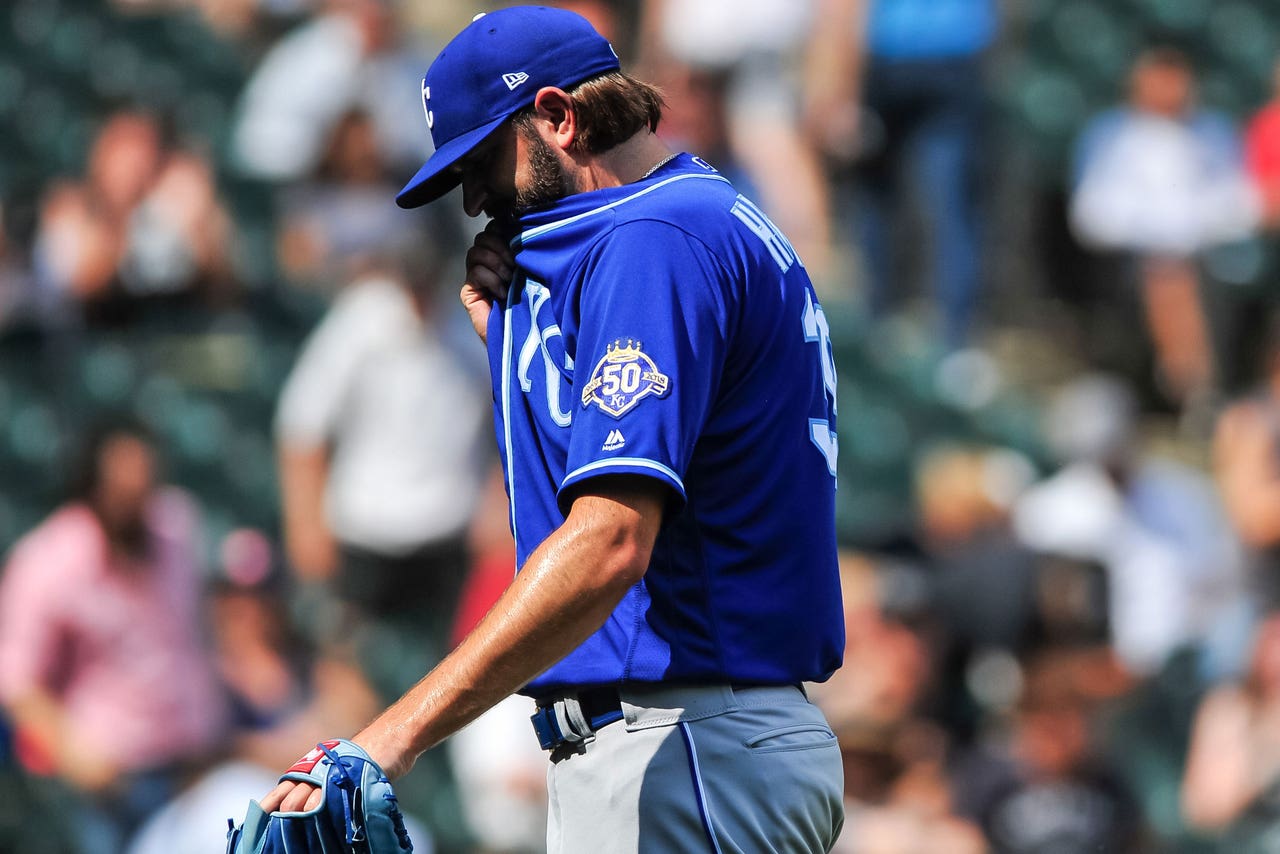 CHICAGO -- In a matchup of teams on track to both lose 100 or more games, the White Sox avoided getting swept in a three-game series.

Jose Abreu hit a tying home run off Jason Adam in the eighth and pinch-hitter Daniel Palka had a three-run homer off Jason Hammel later in the inning, leading Chicago over the Kansas City Royals 6-4 Thursday.

Kansas City overcame a 2-0 deficit when pinch-hitter Whit Merrifield hit a three-run homer in the eighth off Xavier Cedeno (1-0), but Abreu homered with one out in the bottom half against Adam (0-3). Abreu's 141st big league homer moved him ahead of Ron Kittle into sole possession of 10th on the White Sox career list.

Ned Yost on Phillips' terrific throw to double up the White Sox: "He showed off his tremendous arm... I was like 'okay give this a shot, I want to see what develops'... He knows what he's doing out there." #Royals pic.twitter.com/EBqMub5M8M

Avisail Garcia doubled, Omar Narvaez was intentionally walked and Hammel relieved. Palka drove a hanging slider a half-dozen rows in the right-centerfield bleachers. He tied the White Sox record of three pinch homers in one season, set by Oscar Gamble in 1977.

"I wanted to hit a home run," Palka said of his mindset.

Rosell Herrera hit a sacrifice fly in the ninth off Luis Avilan, who got his first save in seven major league seasons.

"I felt good. I felt in command of all my pitches. I was focused today," Lopez said.

Narvaez, who has 17 hits in 10 RBIs in his last 12 games, had a run-scoring single in the fourth. Tim Anderson had an RBI double in the seventh off Tim Hill.

"Did a phenomenal job keeping us in the game," Royals manager Ned Yost said.