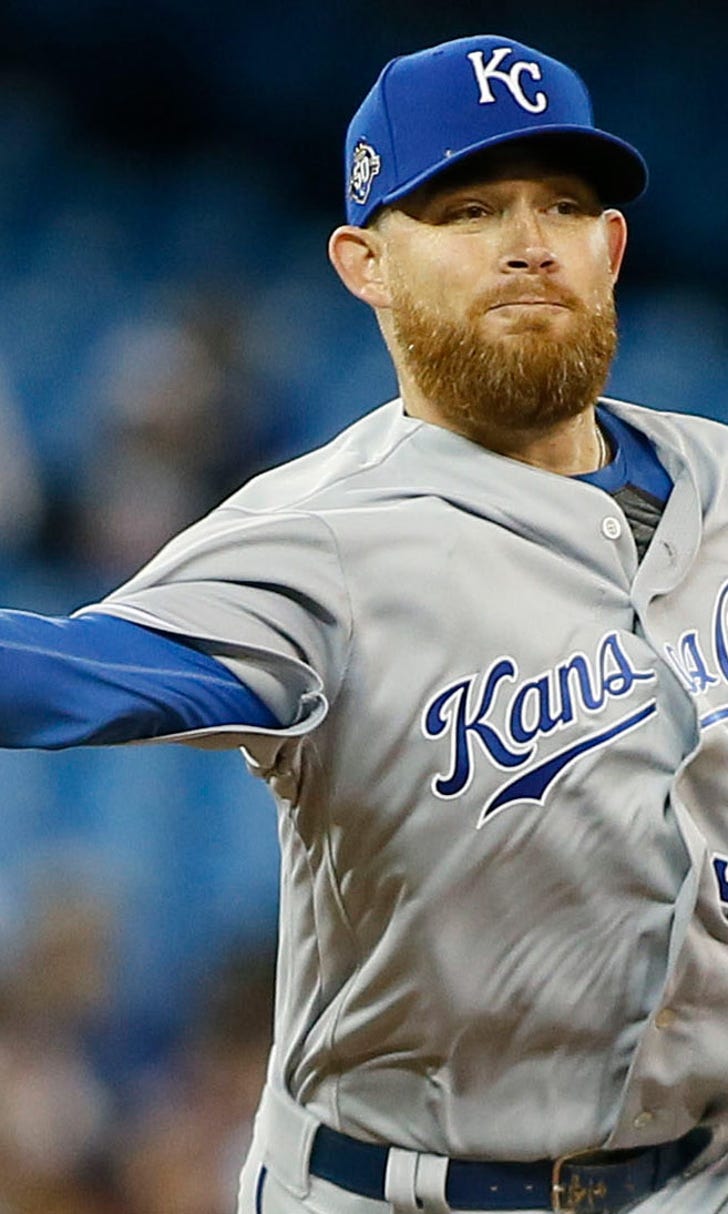 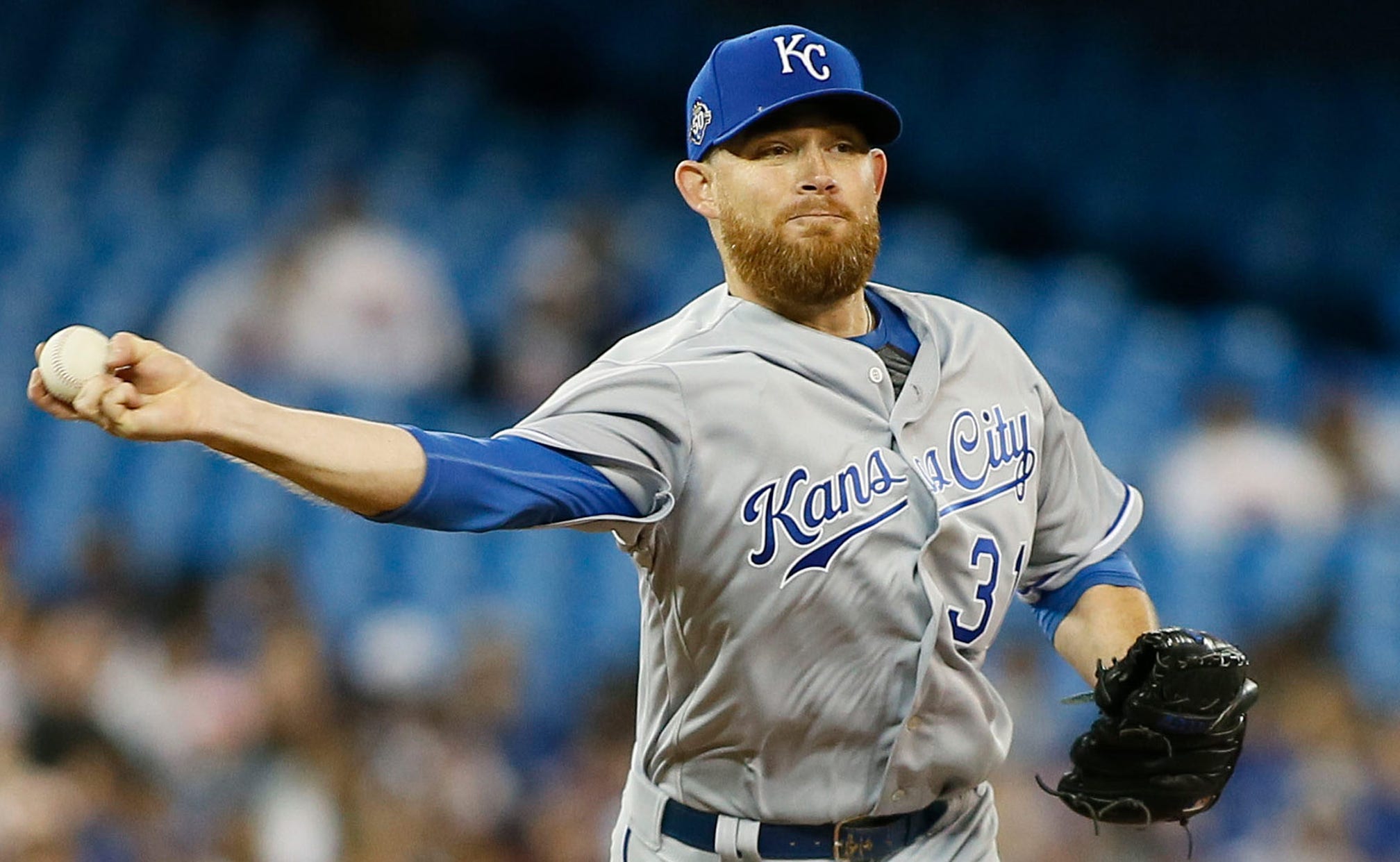 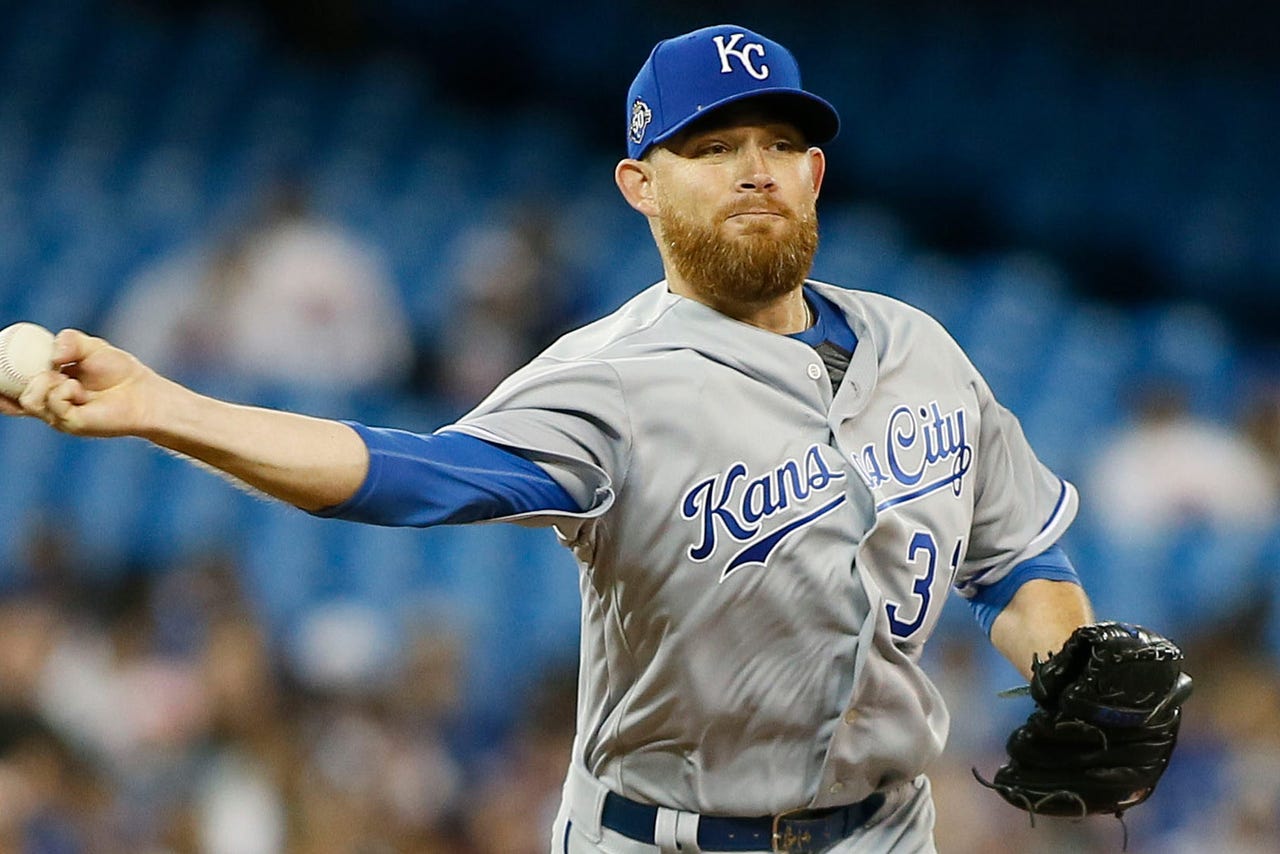 Hernandez had four hits, including a two-run home run, Curtis Granderson hit his ninth career grand slam and the Blue Jays routed Kansas City 15-5 on Wednesday to complete a three-game sweep of the Royals, losers of eight straight.

Hernandez singled and scored in the first, homered in the third, flied out in the fourth, singled in the sixth and hit a two-run triple in the seventh. It was the first four-hit game of his career.

Needing a double for the cycle, Hernandez struck out swinging in the eighth against reliever Brian Flynn.

"I got excited, too much I think, and that's what made me strike out," Hernandez said. "I wanted it."

Granderson's slam, which came off Justin Grimm, was the big blow in a six-run eighth. Toronto set season highs with 15 runs and 15 hits.

Yangervis Solarte also homered for the Blue Jays, a solo shot in the third. Solarte had two hits and a walk and scored each time he reached base.

The question is whether they'll ride Hernandez, whose spot in the lineup could be in jeopardy when designated hitter Kendrys Morales returns from a right hamstring injury Friday.

"It's not going to be an easy decision whatever we choose to do, but we'll have to make one," Gibbons said.

"He's really talented," Kansas City right-hander Ian Kennedy said of Hernandez. "Having (Justin) Smoak behind him, that helps, too."

J.A. Happ (3-1) allowed five hits and four runs in six innings to win his third straight start as the Blue Jays won their fourth straight and eighth of nine.

After losing its first two home games of the season, Toronto has won seven of eight at Rogers Centre. The Jays have outscored opponents 67-40 in 10 home games.

Toronto has won 12 of its past 15 home meetings with Kansas City.

Whit Merrifield had a two-run homer and Jorge Soler hit a solo blast, but the Royals' April slide continued. Kansas City's skid is its longest since a nine-game slump last April.

"Pretty discouraged," Kennedy said when asked to sum up the team's mood. "It's not the start we all want."

Kansas City entered with the worst bullpen ERA in the majors at 6.75, and saw that spike to 7.94 after four relievers allowed nine runs in three innings.

"It definitely hasn't been very pretty," manager Ned Yost said. "I think (GM Dayton Moore) and I will talk tomorrow."

Two days after Monday's series opener was canceled when chunks of ice falling off the nearby CN Tower punctured holes in the retractable roof at Rogers Centre, roads, walkways and entrance gates on the east side of the stadium remained blocked by police.

Toronto's Russell Martin began the game at catcher but played the final four innings at third base after Luke Maile pinch-hit for second baseman Gift Ngoepe in the fifth. Solarte moved from third to second.

Blue Jays: 3B Josh Donaldson (right shoulder) will not be ready to come off the disabled list when he is eligible to return Saturday, Gibbons said. Donaldson is working out at Toronto's minor league complex in Dunedin, Florida.