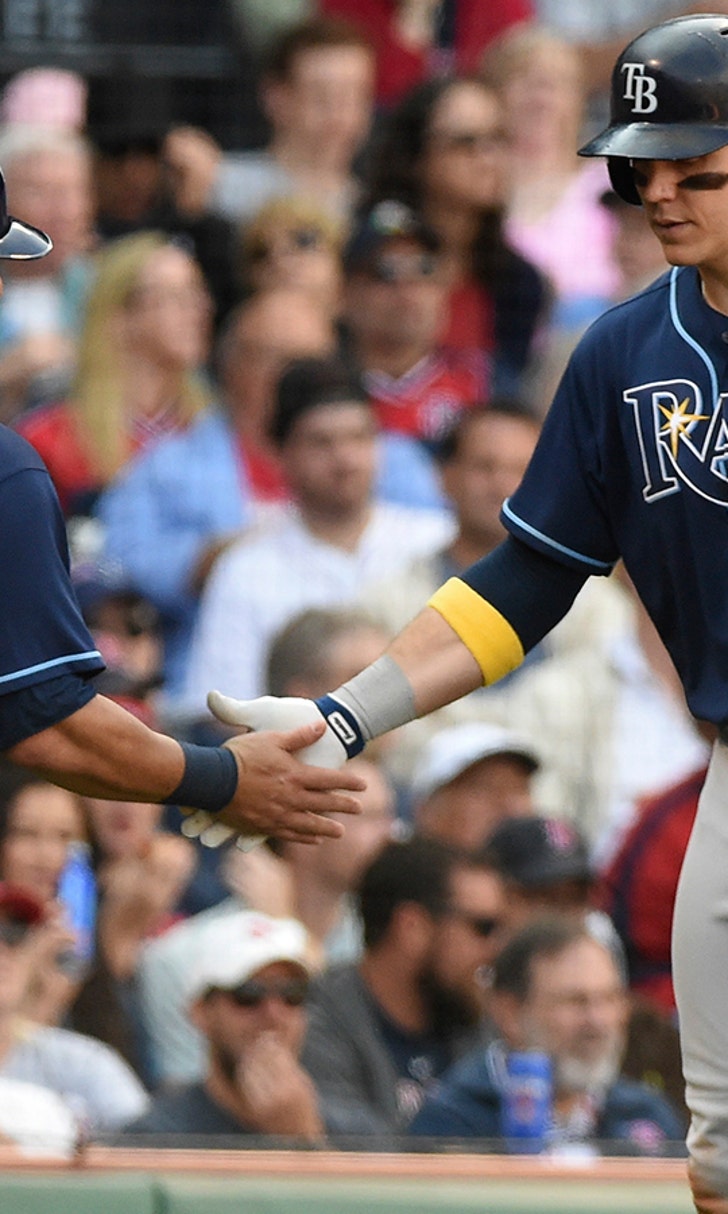 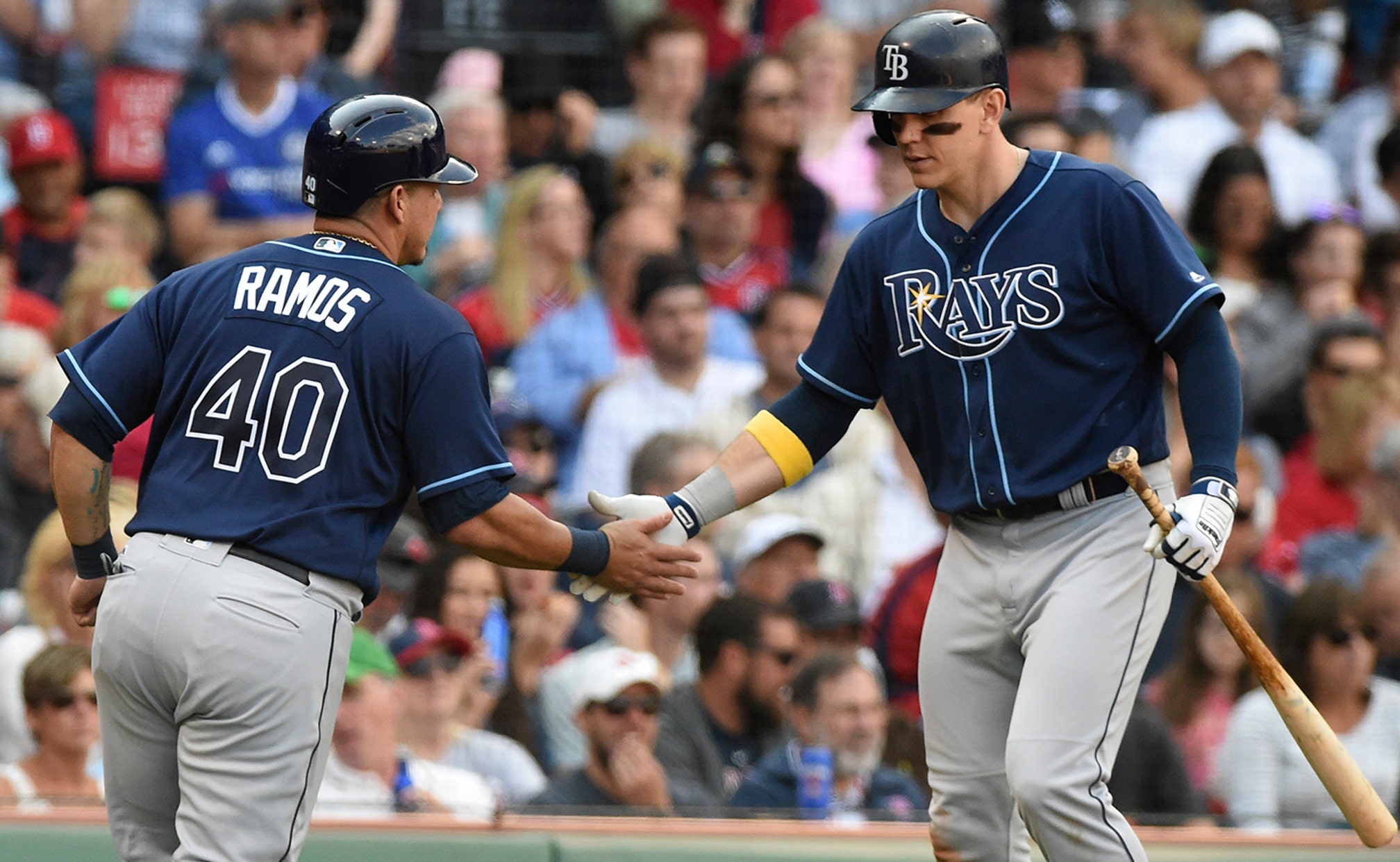 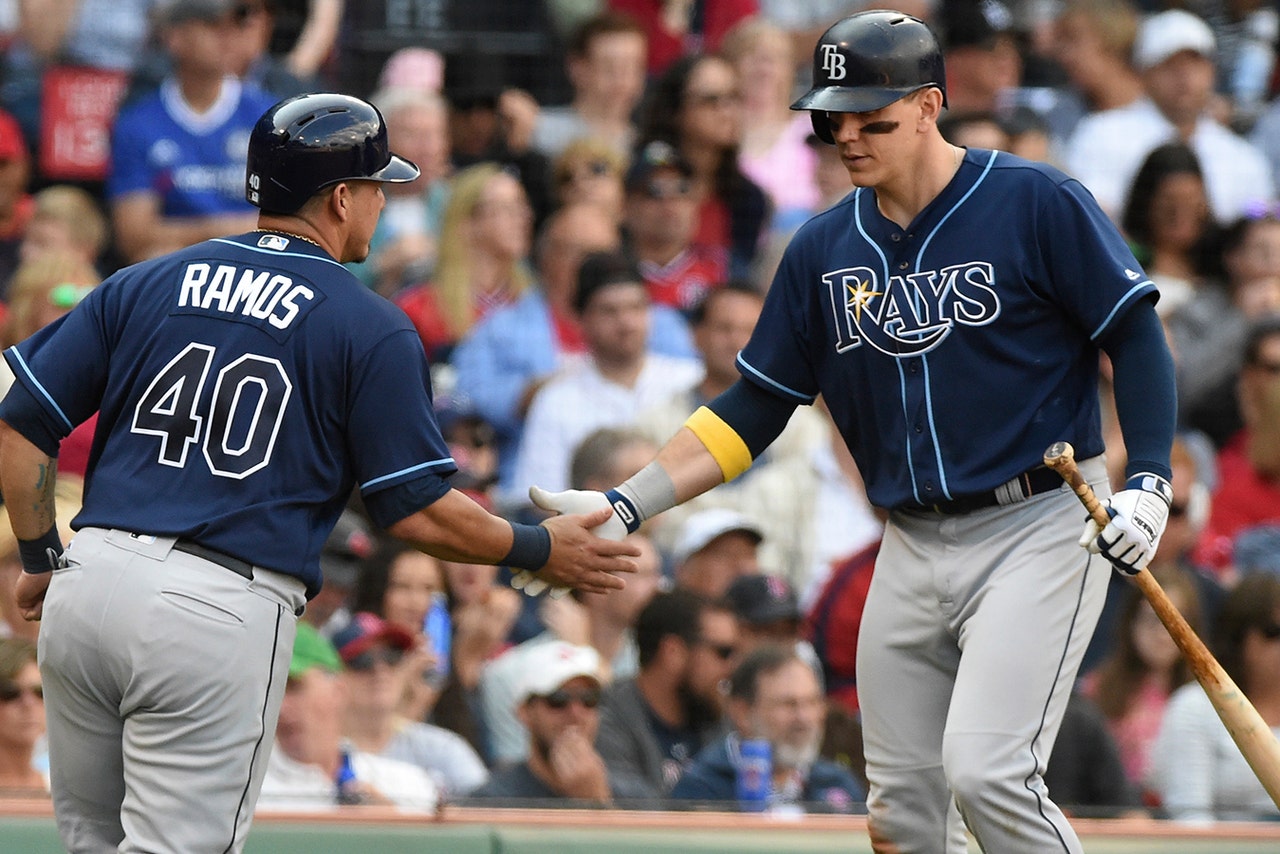 BOSTON (AP) -- Tampa Bay Rays manager Kevin Cash went to check his phone for Hurricane Irma news as soon as he reached his office after the final out.

Wilson Ramos stood at his locker and wanted to show reporters a video on his iPhone of heavy winds swaying palm trees that a friend watching his house had sent.

The Rays had a lot on their minds as they beat the Boston Red Sox 4-1 Sunday to avoid a three-game sweep.

"I think in the training room the whole day we just had the weather on, the radar," pitcher Alex Cobb said. "You're not thinking about it while you're playing, obviously, but I think every other minute of the day we've been trying to be forecasters in seeing what best possibilities we could have going into this storm for our area and for our friends and families."

"It definitely consumes a lot of your time and your emotion," he said. "I think we've done as good of a job as we could have done."

Cobb (11-9) allowed one run and four hits -- all singles -- and three walks in five innings. Ramos and Lucas Duda each hit a solo homer for the Rays.

"It's hard to not think about the situation," Ramos said. "We have houses over there -- all our families are from Florida, too."

Alex Colome pitched a perfect ninth to complete a five-hitter and earn his major-league leading 43rd save in 48 chances.

Porcello (9-17) took a 1-0 lead into the fifth, when Ramos and Evan Longoria hit RBI singles. Boston has scored two runs or fewer 18 times in 30 starts while Porcello was in the game. He gave up five hits in five innings.

"In the fifth inning, obviously, there were some things I'd like to correct, but overall it wasn't bad," Porcello said.

Ramos homered in the sixth off Brandon Workman, a drive that just cleared the center field wall, and Duda went deep in the seventh against Robby Scott.

Tampa Bay stopped Boston's four-game winning streak. The Red Sox began the day 4 games ahead of the second-place Yankees in the AL East.

Christian Vazquez hit a run-scoring single in the first for Boston.

Rays: OF Steven Souza Jr. missed his second straight game with a bruised left knee that forced him out Friday after he ran into a wall along the right-field line. ... Ramos, Tampa Bay's catcher, took a foul tip off the top of his left foot.

Red Sox: INF Eduardo Nunez was sidelined with a bruised right knee sustained on a headfirst slide on Saturday. Farrell said Nunez was sore but expected back Tuesday. ... Farrell said the LHP Dave Price (left elbow inflammation) felt fine after his two-inning simulated game Saturday is likely to pitch three innings in a simulated game on Wednesday. ... Hanley Ramirez got the day off.

Vazquez was called out by plate umpire Brian O'Nora when he tagged up and tried to score on Sam Travis' second-inning fly to right fielder Mallex Smith. The call stood on a video review, though on replays it appeared one of Vazquez's legs touched the plate before Ramos' tag.

Players of the Boston Bruins, Red Sox, Rays and Florida Panthers were at gates collecting donations for support of relief efforts that may be needed because of Irma. The Panthers are training in the area with their AHL affiliate.

Rays: RHP Jake Odorizzi (8-7, 4.58 ERA) is slated to face Yankees LHP CC Sabathia (11-5, 3.91) on Monday when the teams open a three-game series at New York's Citi Field. The series was moved from Florida to the Mets' ballpark because of Irma.