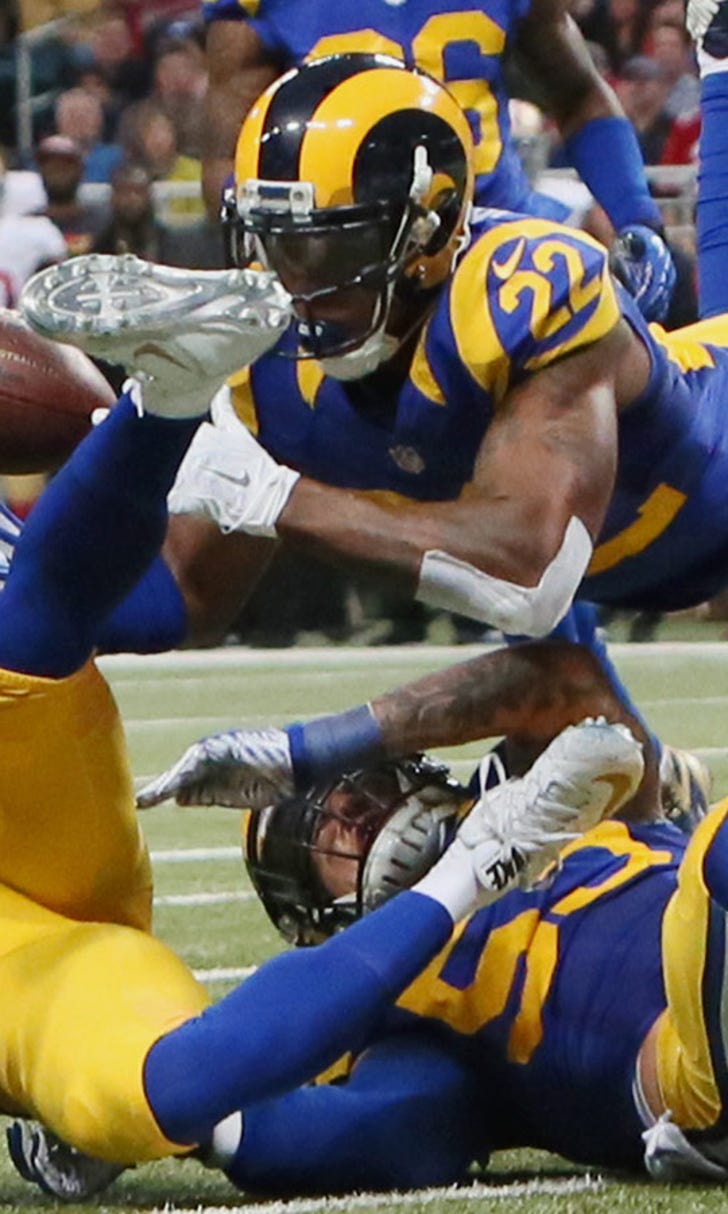 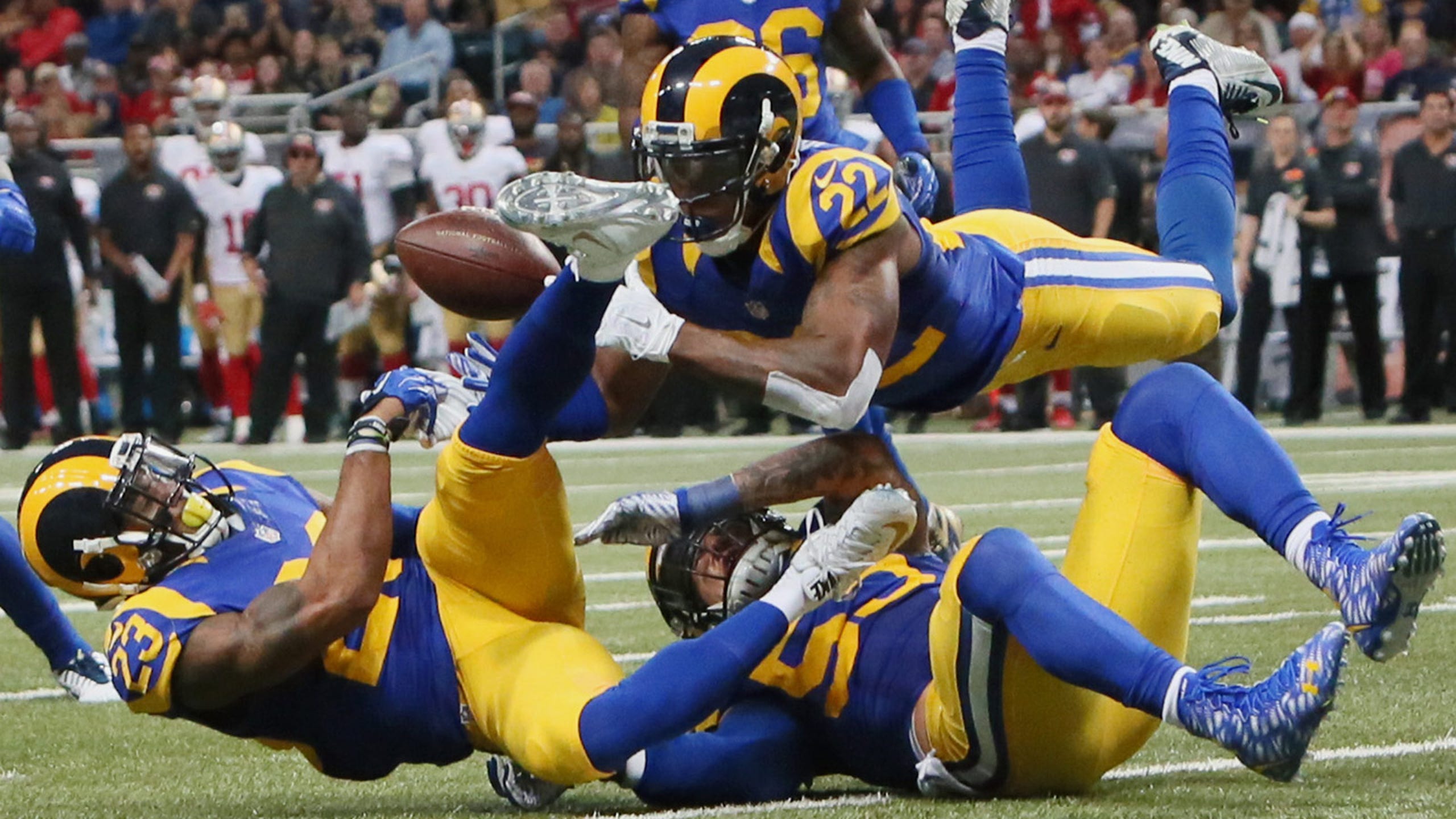 previous story
Find out why the committee ranked Alabama so high in the first playoff rankings
next story
76ers get hardship waiver, sign PG Phil Pressey 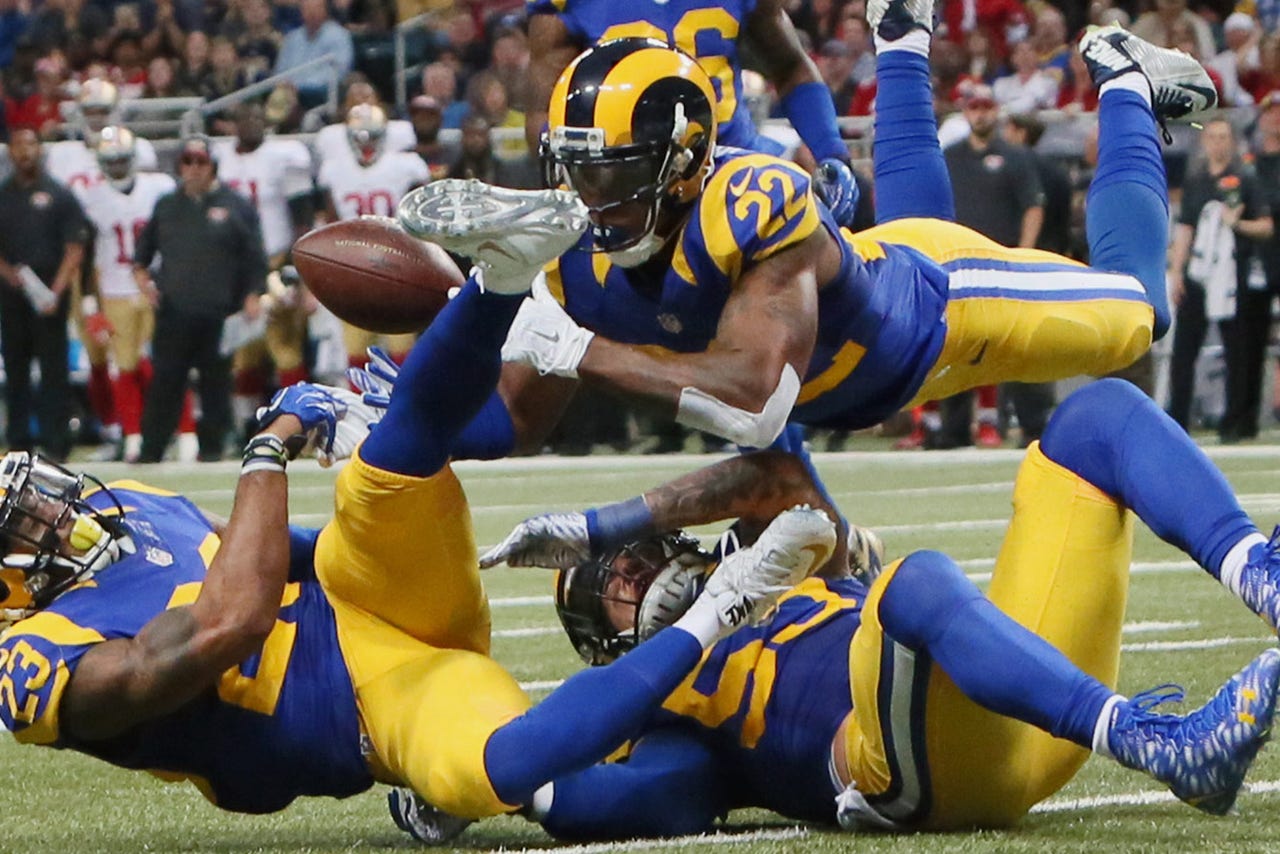 ST. LOUIS -- St. Louis' defense is ranked sixth in the NFL, using a deep rotation to keep the pressure on opponents and keeping production high without two top starters.

"We're just raising the bar every week," said tackle Michael Brockers, who had a sack and combined with middle linebacker James Laurinaitis for a safety last week in a 27-6 victory over San Francisco. "We're not being complacent with stats or what everybody is saying about you." 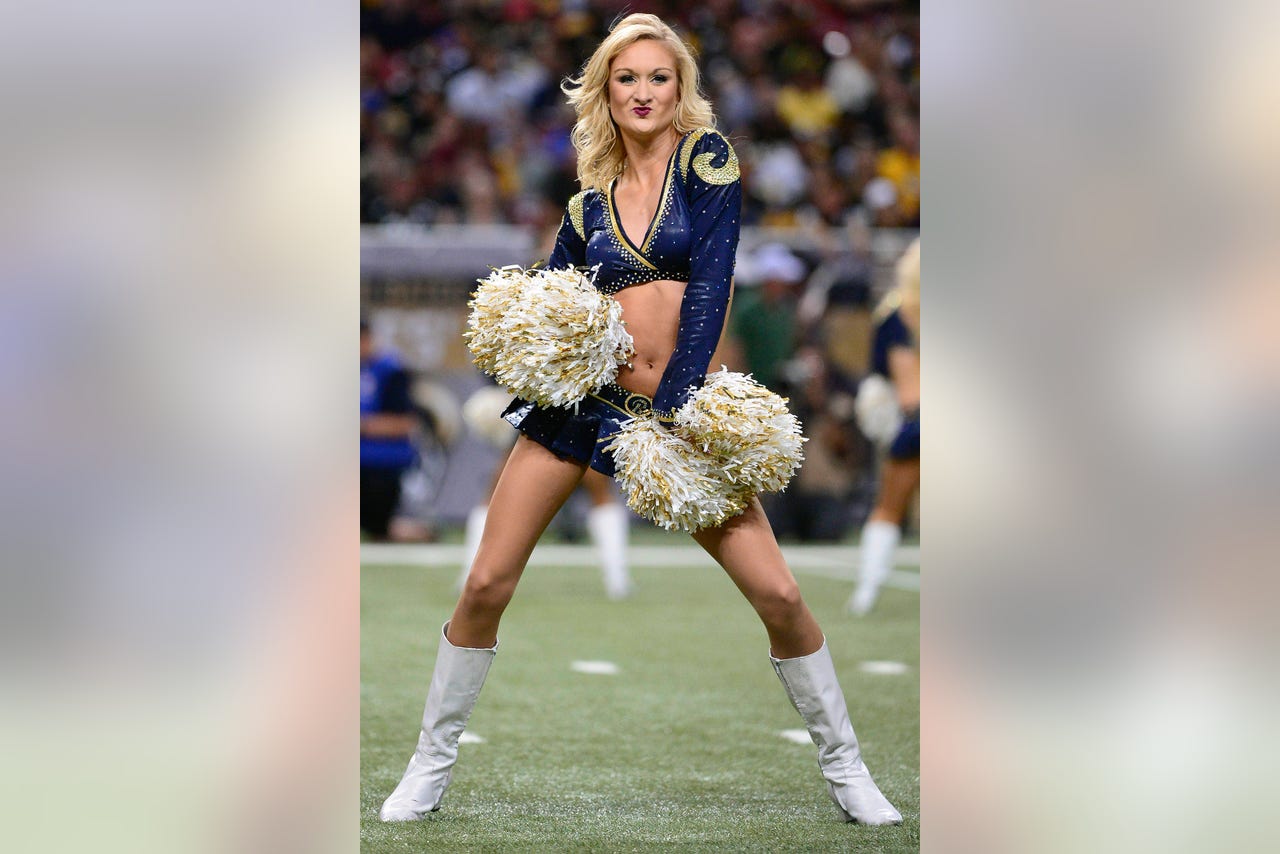 Outside linebacker Alec Ogletree was leading the team in tackles when he was sidelined by a broken ankle. The Rams (4-3) moved rugged safety Mark Barron to linebacker and he had 19 tackles, a season best for the team, in a victory over Cleveland two weeks ago. End Chris Long will miss his third straight game with a knee injury this week at Minnesota (5-2), and backup William Hayes has stepped up to fill that void.

The Rams still have four former first-round picks on the line, an area of emphasis under coach Jeff Fisher and general manager Les Snead. They're getting effective play out of all of them.

"We've got depth," Fisher said. "When we're moving people around, we're still getting the production."

Budget free-agent pickup Akeem Ayers has had his moments at outside linebacker. Undrafted end Ethan Westbrooks, who beat out Michael Sam for the final defensive line spot last summer, has a sack each of the last two games. Nick Fairley has been effective clogging the middle as part of the rotation, and Eugene Sims has had his moments spelling sack leader Robert Quinn, a Pro Bowler the last two years who has five on the year.

Tackle Aaron Donald, the NFL defensive rookie of the year last year, has again been a handful and has 4 1/2 sacks.

Numbers showed in the secondary last week, too. Maurice Alexander made a few nice tackles when starting safety T.J. McDonald was out for a short time, and Marcus Roberson made a stop when cornerback Trumaine Johnson needed a quick breather.

Fisher and defensive coordinator Gregg Williams didn't have this luxury a few years ago or even last year when the team could only aspire to top 10 status.

The 49ers were held to 189 yards last week, went just three for 17 on third down and were shut out in the second half. A week earlier the Rams had four sacks and recovered four fumbles against the Browns.

Hayes had two sacks, two forced fumbles and a fumble recovery against the Browns.

Williams stays on them, making sure nobody gets too big of a head.

"The best thing about Gregg is he sees big picture," Laurinaitis said. "He tells us all the time we're not even scratching the surface, that we can always be better, and I think everybody's buying into that."

It's easy to sell this week, given the Vikings whipped the Rams 34-6 in last season's opener. Wide receiver Cordarelle Patterson had 102 yards on just three carries, and Laurinaitis said the Rams basically made him look "untackle-able."

"The last time they punched us right in the mouth out of the gate," Laurinaitis said. "I think it's always good to kind of go back and revisit those feelings."

Notes: Rookie offensive tackle Rob Havenstein (Achilles) did not practice. He's wearing a walking boot and Fisher is optimistic he'll return to practice Friday after the players' day off Thursday. ... Quinn (knee) and Hayes (thigh) also did not practice but are expected to be fine for Sunday. ... Running back/special teams ace Chase Reynolds (thigh) also was held out, and running back Tre Mason (ankle) and safety T.J. McDonald (foot) were limited. ... Fisher said the Rams have not heard back from NFL operations "to my knowledge" about possible solutions to visiting players slipping on the concrete flooring in front of the stands.