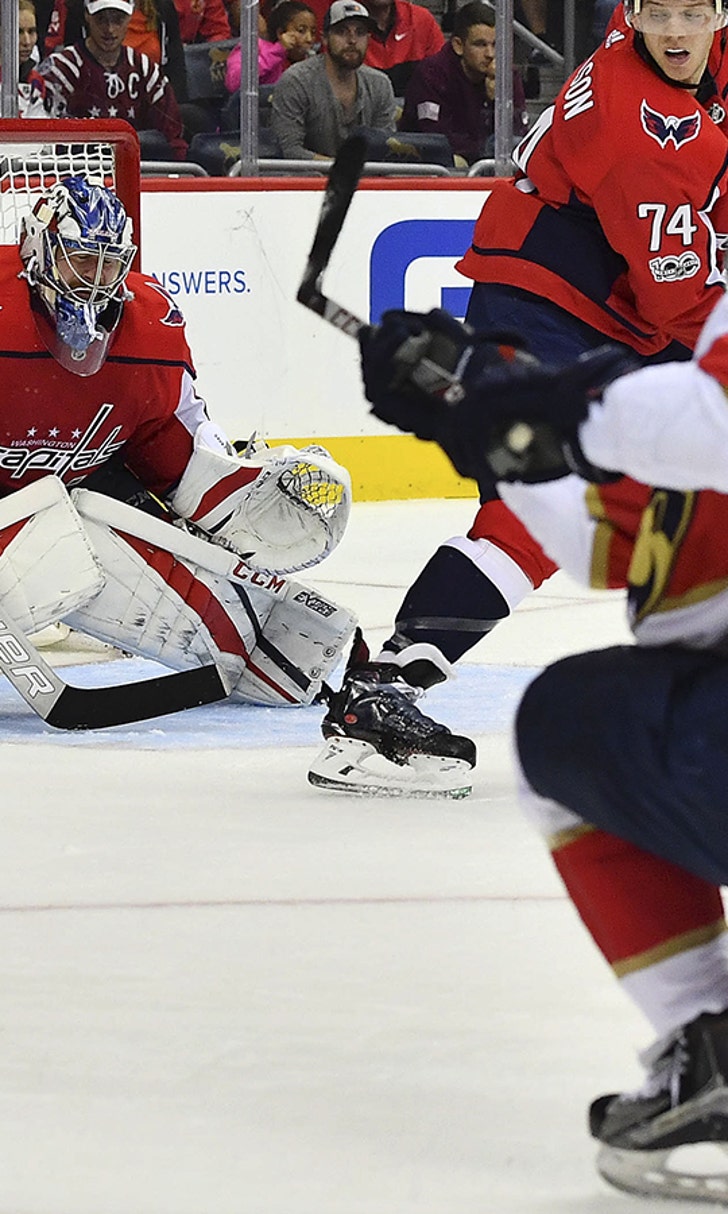 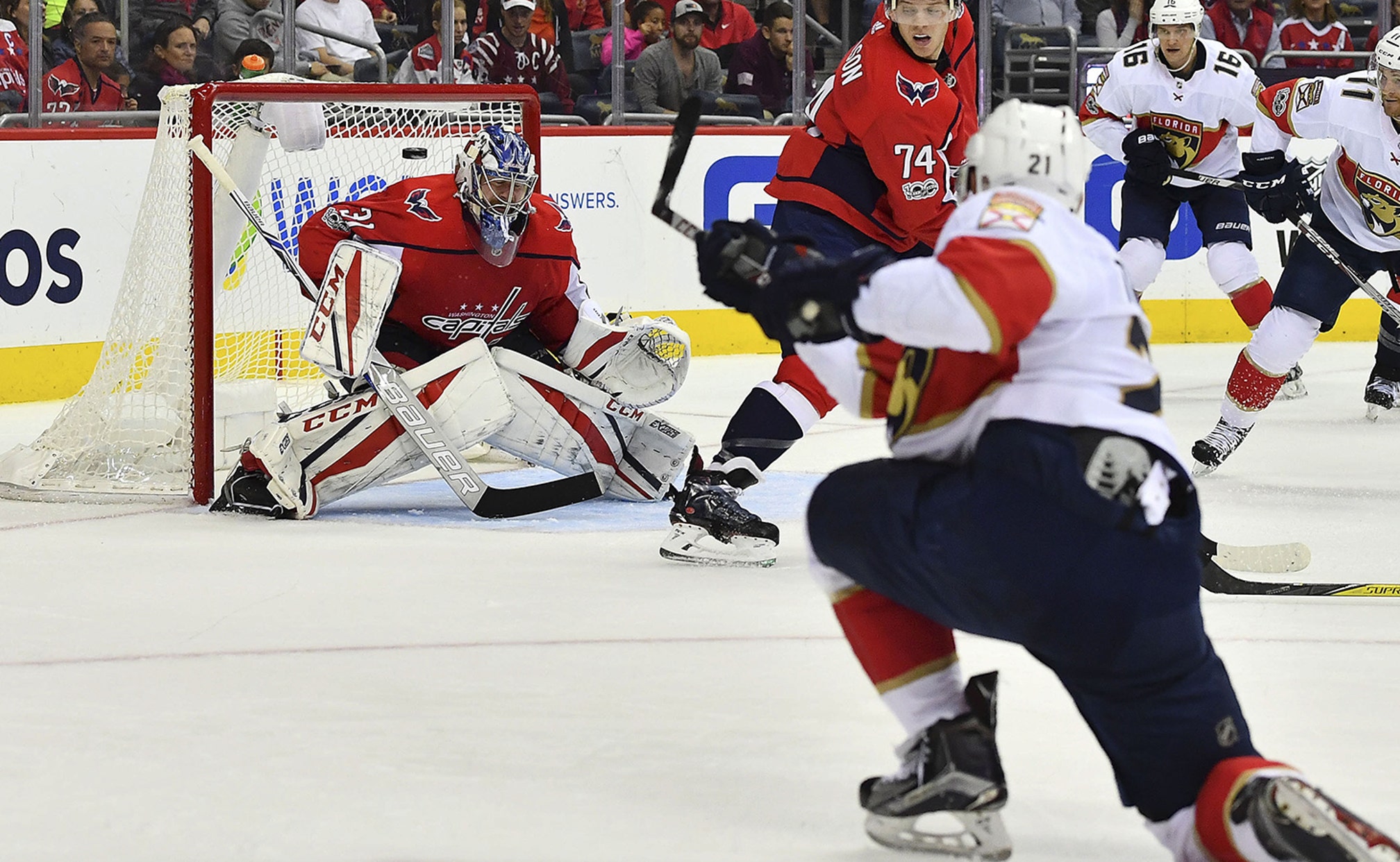 Panthers snap out of funk with road win over Capitals 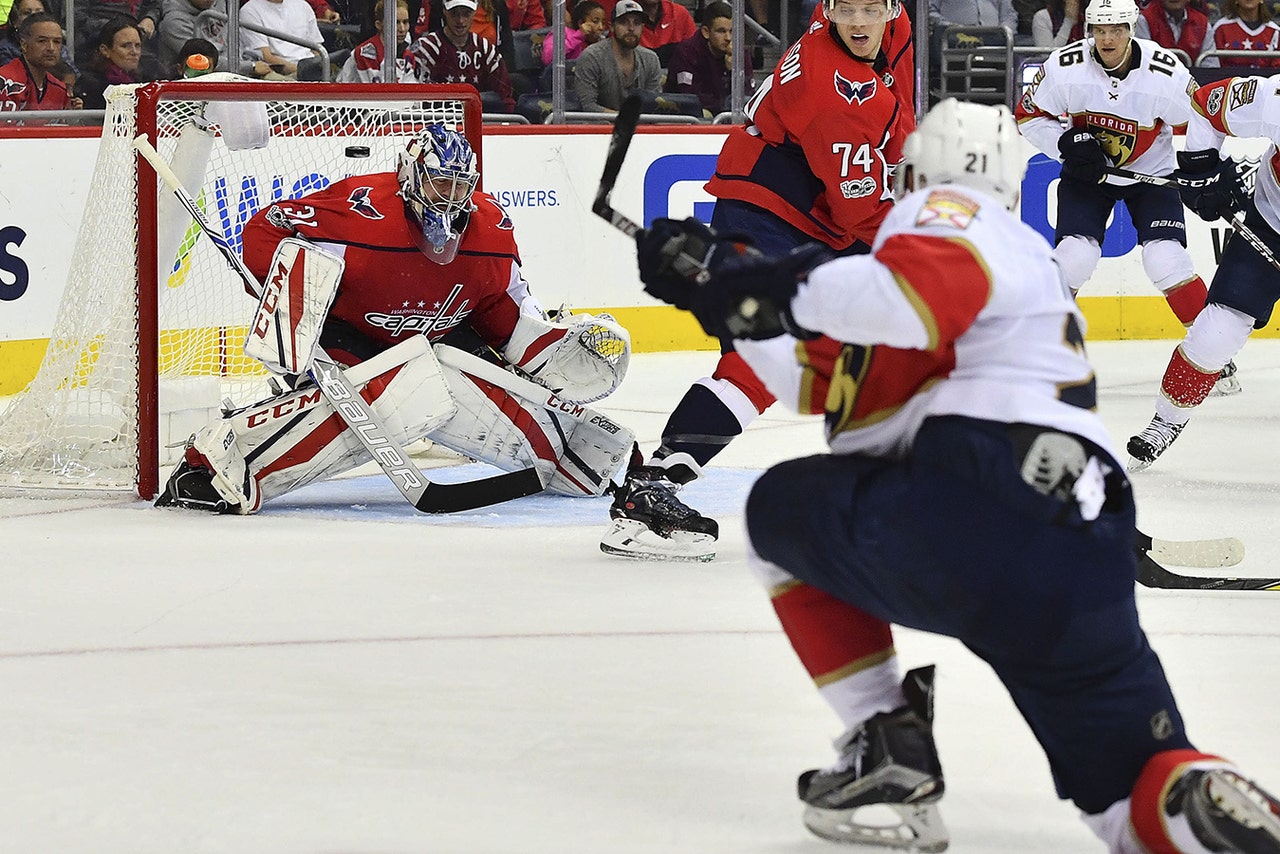 Reimer stopped 41 shots while filling in for the injured Luongo to help the Florida Panthers end a three-game losing streak with a 4-1 win over the Washington Capitals on Saturday night.

"Tonight we needed our goaltending at certain times of the game, and he certainly was the first star in my mind," Panthers coach Bob Boughner said. "He was big. He was challenging the shooters. His rebound control was great."

Evgenii Dadonov, Vincent Trocheck and Aleksander Barkov each had a goal and an assist for Florida, and Connor Brickley also scored.

Washington outshot the Panthers 42-23, and Capitals coach Barry Trotz could only shake his head.

"We couldn't get it by Reimer tonight," Trotz said.

The Capitals had 16 shots in the first period, and 13 each in the second and third against Reimer.

"I think the first couple of periods, they had way too many shots, way more shots than we want to give up," Trocheck said. "He stood on his head for a little bit and kept us in the game. Once we got that lead we were pretty confident he could keep it for us."

Luongo was placed on injured reserve and will be inactive at least a week. Boughner said that Luongo will be reevaluated each day.

"Obviously, (Luongo) is a heck of a goalie, and I keep saying that," Reimer said. "I'll keep on saying that until the day I die. He's unbelievable at stopping pucks. He's had a heck of a career, and he continues to be an elite goaltender."

The Panthers took a 2-0 lead in the first period. After Djoos lost the puck behind his own net, Brickley scored his second of the season just 1:26 into the game. Dadonov then added a power-play goal with 30 seconds remaining in the period.

With Florida holding a two-man advantage, Trocheck's third of the season made it 3-0 at 8:58 of the second.

Djoos beat Reimer with 4 1/2 to go in the middle period with his second of the season.

"When they got away from me, the guys came up with some key blocks, some big plays," Reimer said.

The Capitals had a final chance when Ian McCoshen was penalized for hooking with 1:51 to play. Washington pulled Grubauer, but Barkov scored into the empty net with 1:16 left.

That assured Florida's three-game skid was about to end.

"We lost three in a row. Good teams don't like to lose two in a row," Trocheck said. "It's pretty big that we have a backup goalie that's not so much a backup."

NOTES: To replace Luongo on the active roster, Florida recalled G Harri Sateri from Springfield of the AHL. ... Washington F Tyler Graovac was out with an upper-body injury. .. Panthers F Colton Sceviour suffered an upper-body injury in the first period. .F Jared McGinn left with a lower-body injury. .D Mike Matheson left the ice late in the second period when he was hit by a puck from Capitals F Devante Smith-Pellly, but he returned for the start of the third period.

Panthers: At Montreal on Tuesday before starting a five-game homestand.

Capitals: At Vancouver on Friday night.