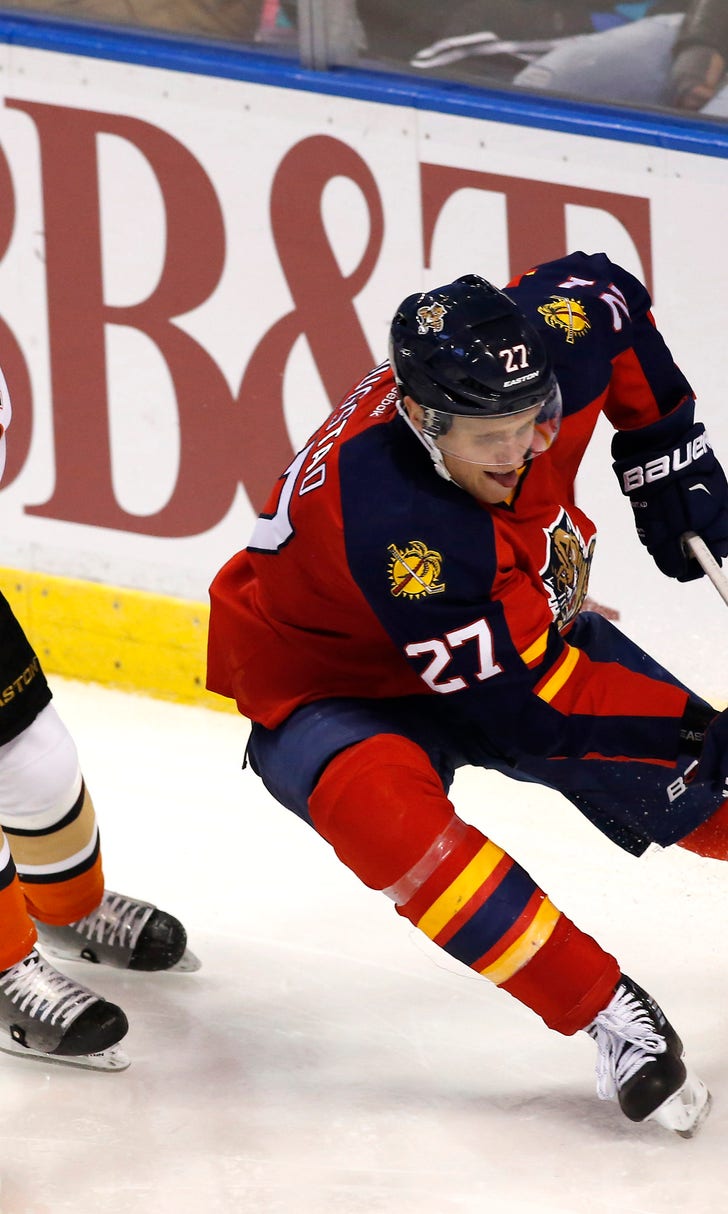 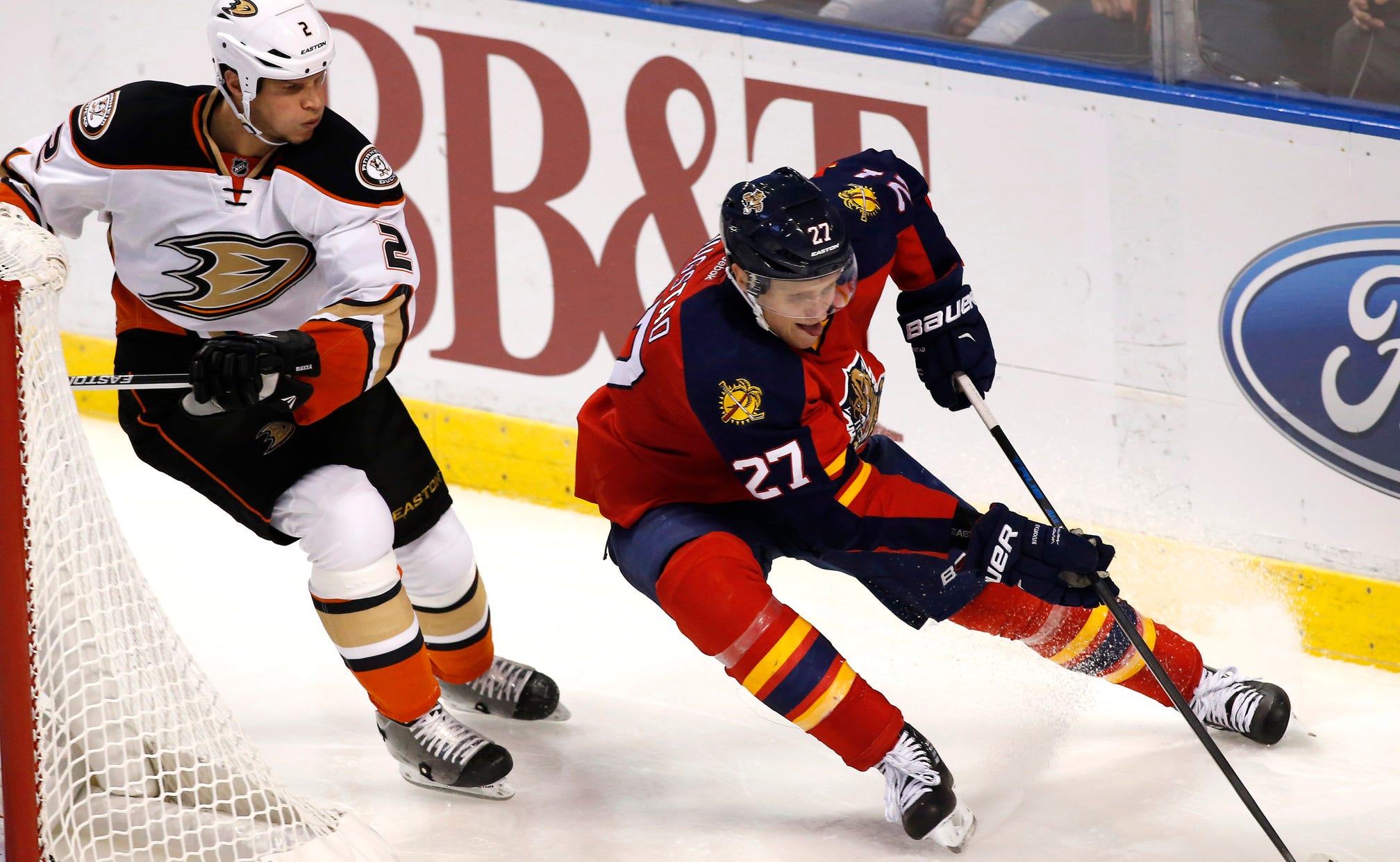 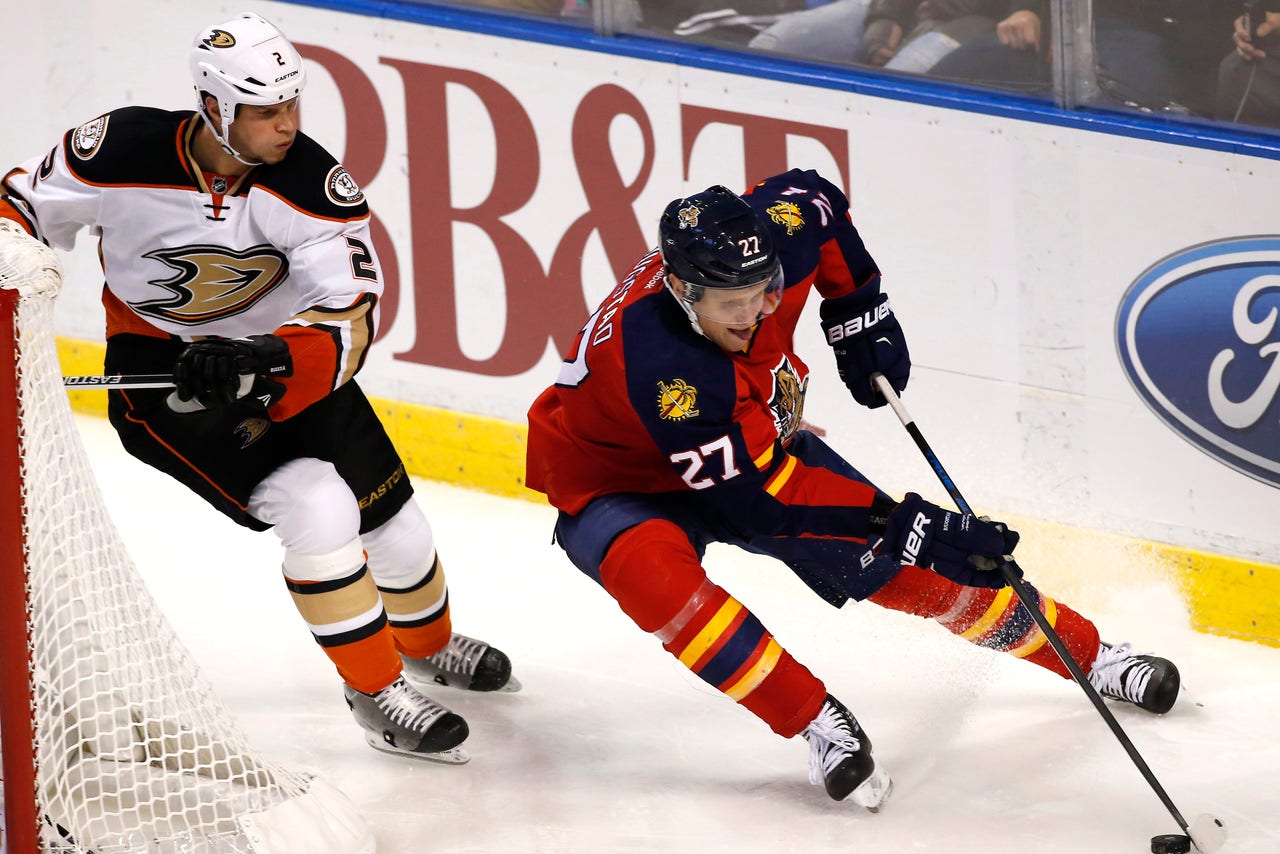 ANAHEIM, Calif. -- The Florida Panthers will continue their quest to enhance their playoff chances at the expense of the Western Conference's contenders on Friday night against the Anaheim Ducks at the Honda Center.

The Panthers will spend most of February facing the Western Conference. They won three of their past four against the West, including a 6-5 overtime victory on Wednesday night over San Jose Sharks.

Florida enters the game in Anaheim just three points out of the Eastern Conference's final wild-card berth after winning five of six games.

Wednesday night's win was the Panthers' second in a row on a five-game trip that will take them to Los Angeles and St. Louis. Florida began the trip on Saturday in Nashville with a 7-4 victory over the Predators.

Huberdeau missed the first four months of the season with a torn Achilles tendon. But since returning to the lineup on Feb. 3, the winner of the 2013 Calder Memorial Trophy as the NHL's rookie of the year amassed three goals and four assists in accumulating at least one point in each of his four games.

Huberdeau continued his torrid performance during the road trip. After getting a goal and two assists against Nashville, he added another assist in San Jose before scoring the winning goal 1:38 into overtime.

"He has simply matured before our eyes," Dale Tallon, the team's president of hockey operations, told the Miami Herald. "He is comfortable in the position he is in, and he has grown mentally and physically. He's still a young man, but he's not the kid I had to send back because I was worried about him getting crushed."

During the Panthers' 2011 preseason camp, Tallon returned an 18-year-old Huberdeau to Saint John in the Quebec Major Junior Hockey League. The next season, Huberdeau won the Calder award.

Helping Huberdeau is 45-year-old right winger Jaromir Jagr, who tallied his 1,900th career point Wednesday night while playing on the same line with Huberdeau and center Aleksander Barkov. Only Hall of Famer Wayne Gretzky has more career points than Jagr's 2,857.

"He teaches us a lot of things that maybe some other guys couldn't," Huberdeau said about Jagr to the Los Angeles Times.

The Ducks, who trail the first-place Sharks by four points in the Pacific Division, could be without center Antoine Vermette for the next 10 games.

Vermette, one of the NHL's best at winning faceoffs, was suspended Thursday for slashing linesman Shandor Alphonso's legs while waiting for a faceoff in Tuesday night's 1-0 win against the Minnesota Wild. The 13-year veteran, who had never previously been suspended or fined, will appeal.

"It wasn't really a vicious or any type of malice thing," Anaheim coach Randy Carlyle told the Orange County Register. "He wasn't trying to hurt anybody. It was more of a tap to blow-the-whistle-type thing.

"Usually what happens, if they do drop the puck unfairly, the linesman or the referee will blow the whistle and reset it. But he touched the official, so what are you going to do?"

Defenseman Sami Vatanen could return against Florida. Vatanen, who missed the past five games because of a knee injury, practiced Thursday. However, Carlyle told NHL.com that he will decide Friday morning whether Vatanen will play.