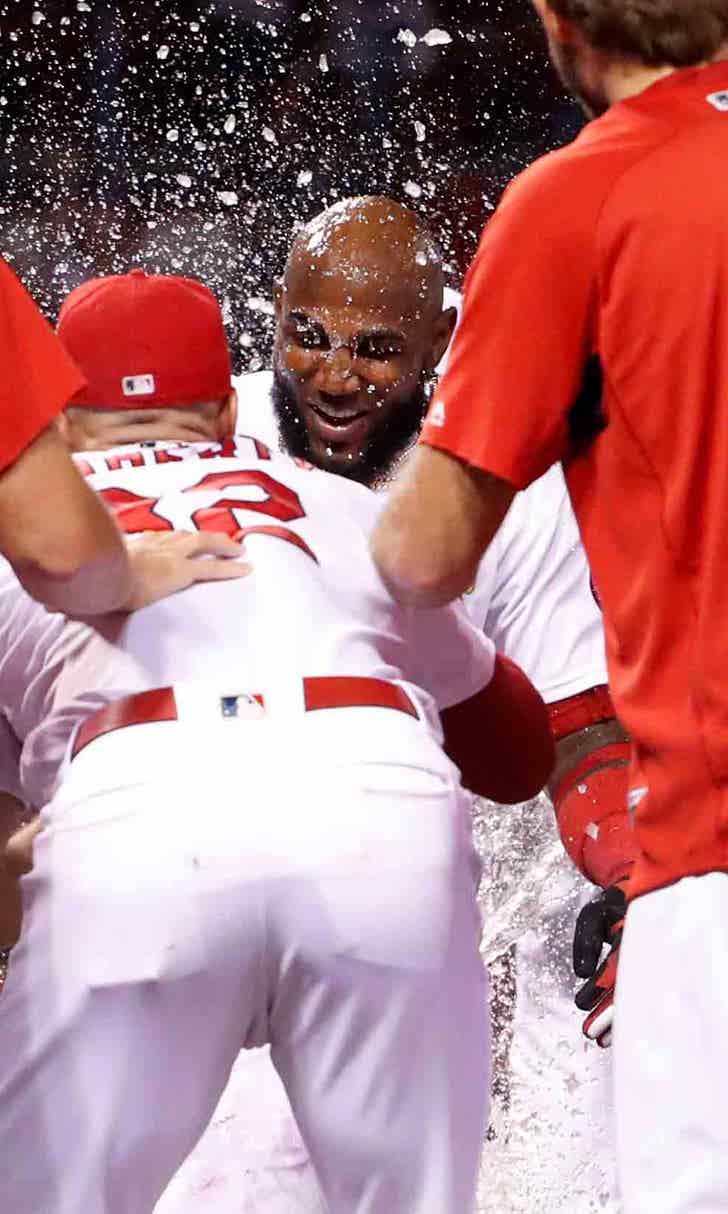 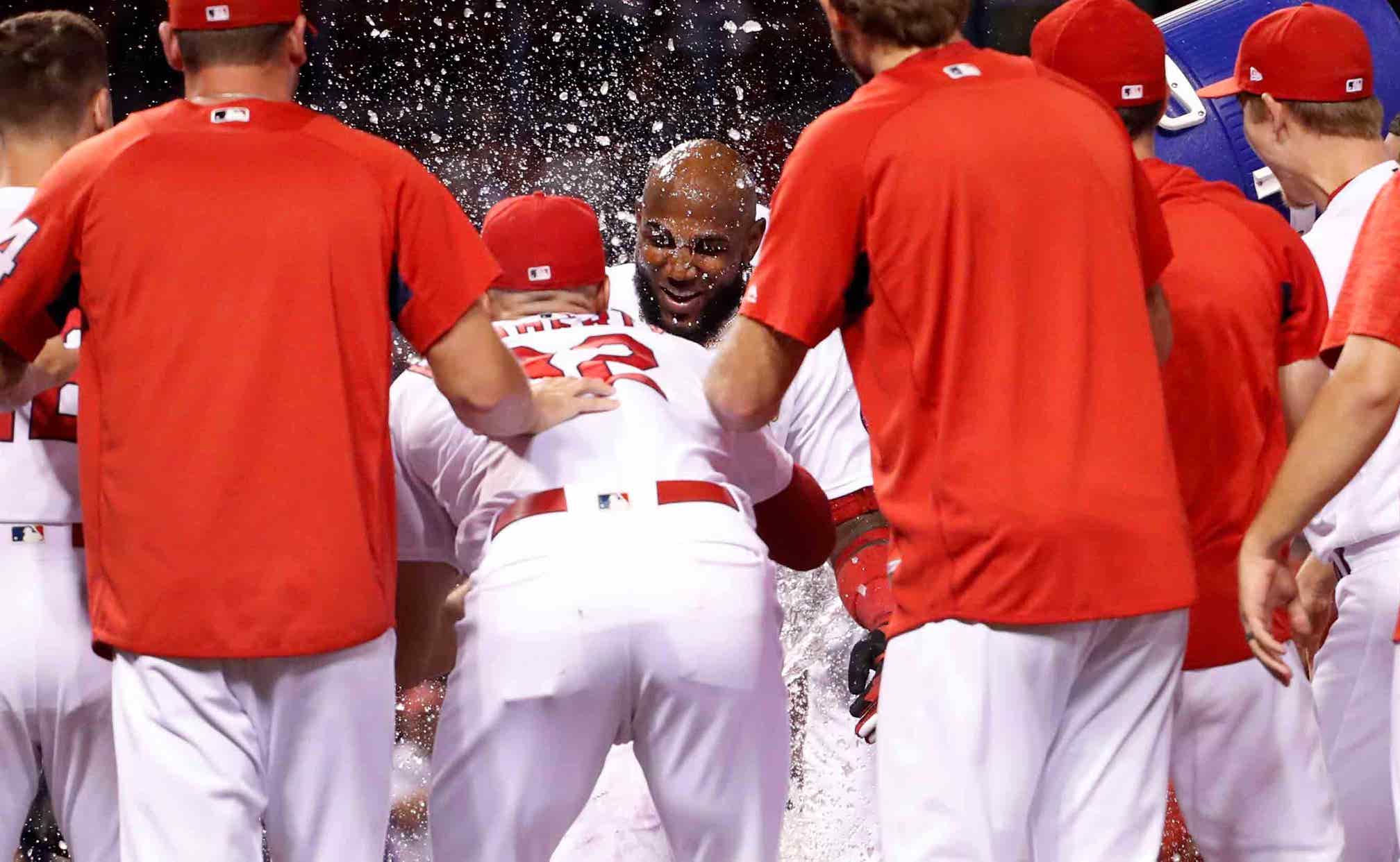 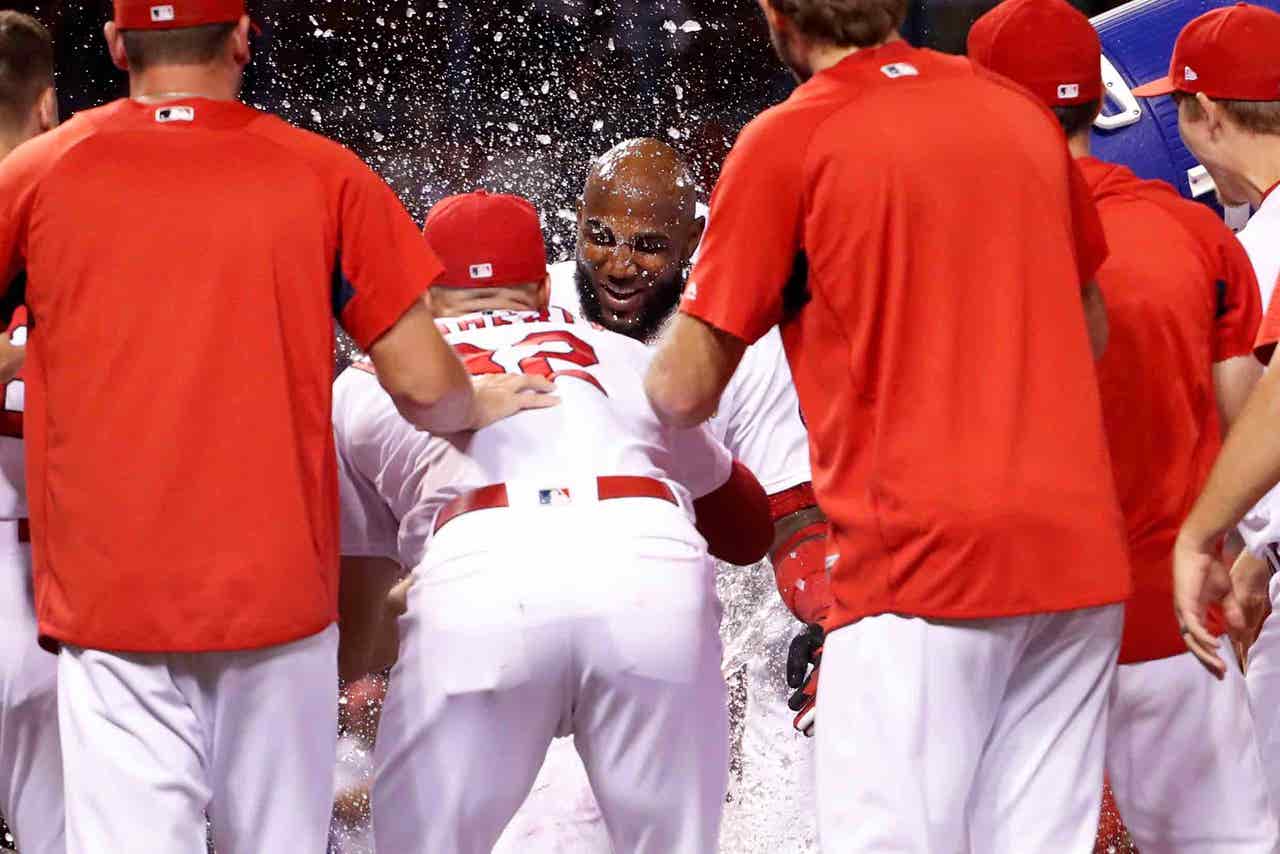 ST. LOUIS -- Marcell Ozuna had always dreamed of hitting a game-ending homer, and finally did it.

Ozuna got the his first of his career in the 10th inning Monday night, and the St. Louis Cardinals snapped Colorado's four-game win streak with a 5-4 victory over the Rockies.

"I've been working on it so many times," Ozuna said. "I was in that situation before and I couldn't get it. Today was the time."

Ozuna connected against Jake McGee (1-4), sending a one-out drive deep to center for his 13th homer of the season. The slugger also extended his homer streak to three straight games.

"Missed my spot over the middle of the plate. He was looking fastball too," McGee said. "Got to be a little more careful especially with a home run hitter like that."

Dakota Hudson (1-0) got three outs for his first career win.

St. Louis has won eight games on game-ending hits this season and has won three of its last four contests.

Colorado took a 4-0 lead when Nolan Arenado hit his fifth career grand slam in the fifth inning off Daniel Poncedeleon, who replaced Carlos Martinez when the right-hander departed with a mild shoulder strain with two outs.

Arenado went deep for the third time in four games. The drive to center gave him 79 RBIs, one behind Cincinnati's Eugenio Suarez for the National League lead.

Martinez was activated from the disabled list prior to the game. He missed his previous start with a right oblique strain.

"He just said my shoulder is sore but I can still go," Cardinals interim manager Mike Shildt said. "The velocity was down a little bit. We just looked at it and went out and the rest was what it was."

Colorado left-hander Tyler Anderson allowed four runs in six-plus innings. He was replaced by Scott Oberg after he walked the first three batters in the seventh.

"That ended up costing us the game so it's obviously pretty bad," Anderson said. "I just felt like I didn't know where the ball was going there."

Dexter Fowler then struck out, but Harrison Bader walked and Matt Carpenter hit a tying two-run single with two out.

Charlie Blackmon singled off Martinez in the fifth to extend his hitting streak to 12 games, matching his season high.

Gerardo Parra initially scored on a pitch from Poncedeleon to Anderson that sailed to the backstop in the sixth inning. The call was overturned after the Cardinals challenged the ruling on the field that Parra evaded Poncedeleon's tag.

Jedd Gyorko homered in the fifth inning for St. Louis. It was Gyorko's first since July 5 and No. 8 on the season.

"That's a huge answer right there," Shildt said. "Come back, it's 4-1 and get them on their heels a little bit."

Rockies: RHP Chad Bettis (right middle finger blister) threw a pregame side session. He is scheduled for a rehab start with Triple-A Albuquerque on Thursday.

Cardinals: RHP Luke Gregerson was placed on the 10-day disabled list with a right shoulder impingement. This is the third stint on the disabled list for Gregerson, who missed 52 games with the same injury from May 16 through July 13. LHP Chasen Shreve was added to the roster after he was acquired in a trade with the New York Yankees on Saturday, and LHP Tyler Webb was optioned to Triple-A Memphis.

Rockies right-hander Jon Gray (8-7, 5.16 ERA) will face Cardinals right-hander Jack Flaherty (4-5, 3.28 ERA) in the second game of the four-game series Tuesday night. Gray has a 1.26 ERA in 14 1/3 innings since being recalled from Albuquerque on July 14. Flaherty will be making his first career appearance against Colorado. He has failed to pitch into the sixth inning in his last four starts.