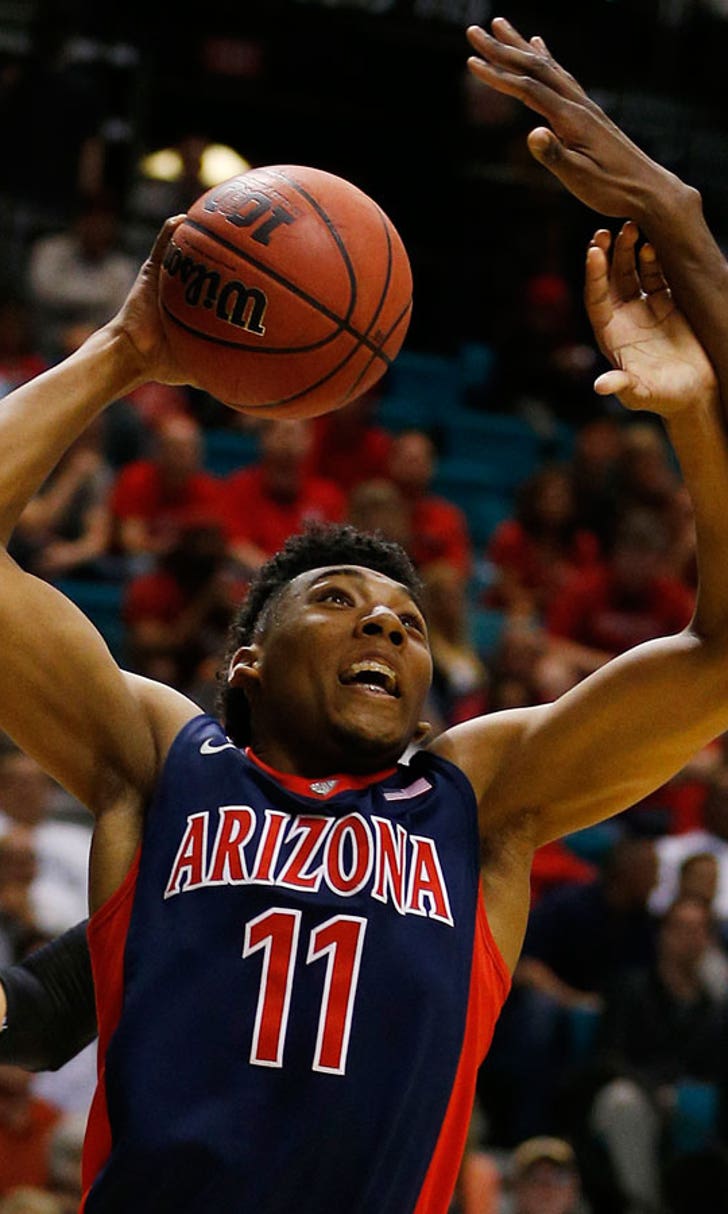 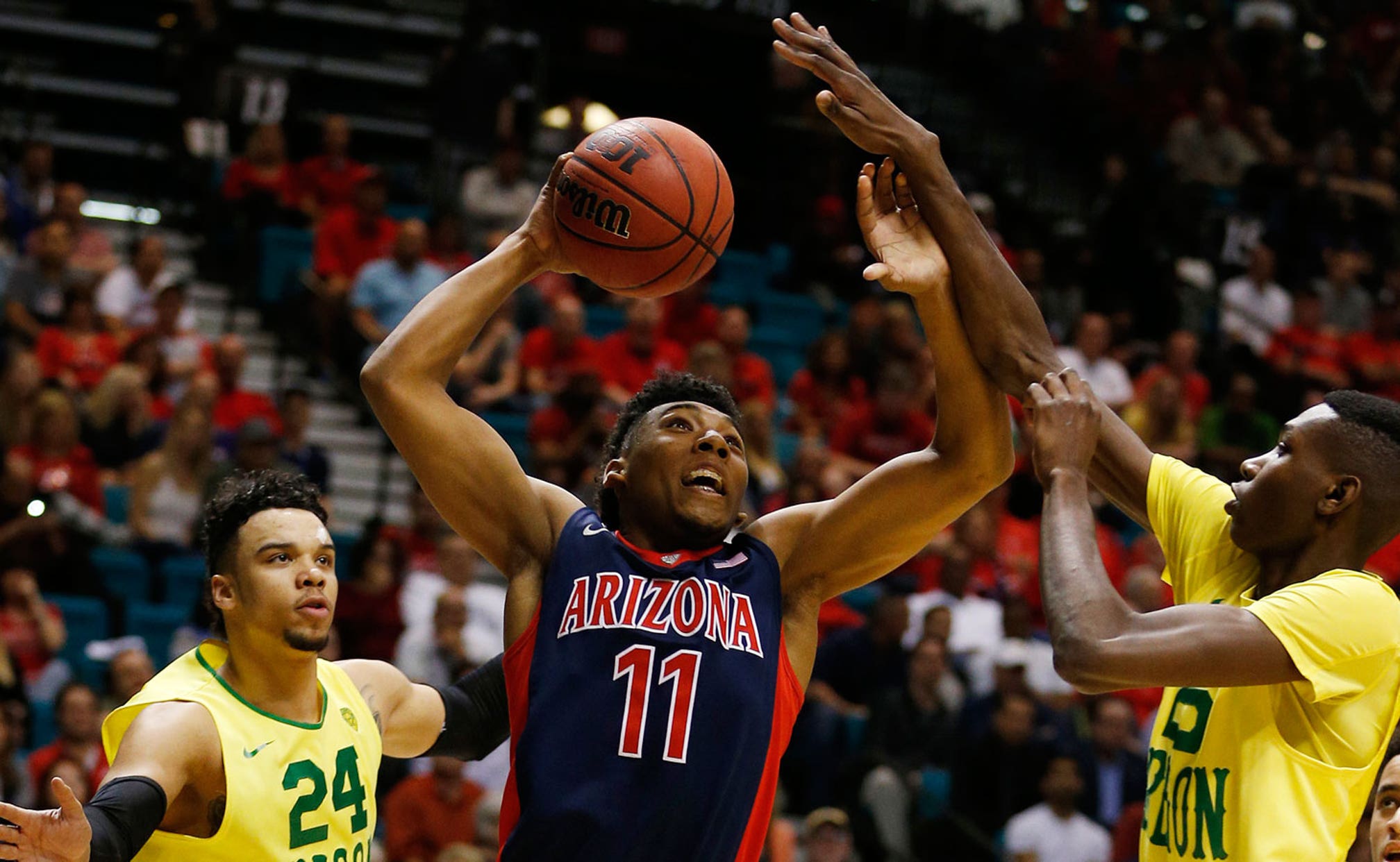 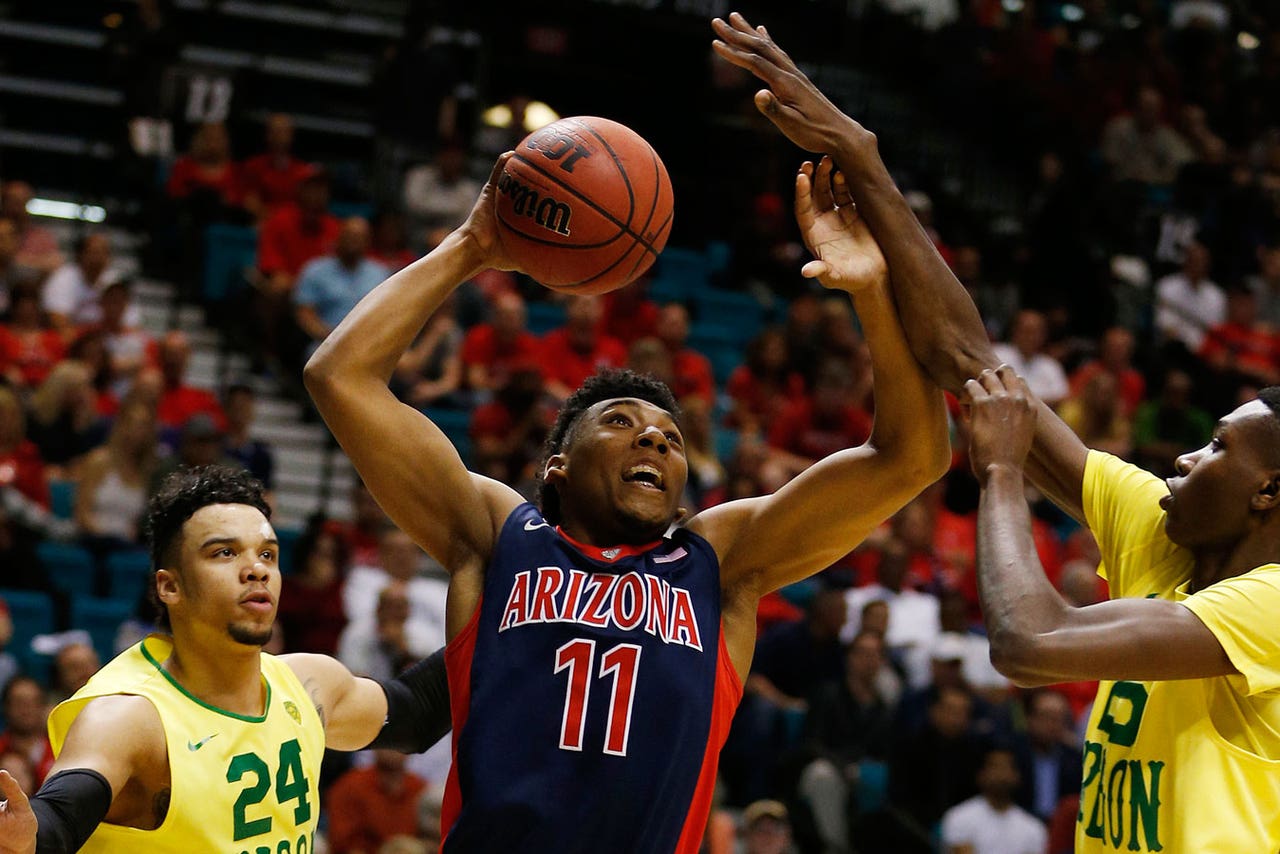 A disheartening loss, one that could potentially affect Oregon in the NCAA Tournament, appeared to be in the making.

Instead, Tollefsen made just one free throw and No. 8 Oregon was able to pull away in overtime.

"Most teams don't recover from that," Oregon coach Dana Altman said Friday night after a 95-89 win over No. 15 Arizona in the Pac-12 semifinals.

It certainly got dicey.

Oregon's Chris Boucher missed two free throws with 12 seconds left, and York followed with a 3-pointer after gathering a rebound. Tollefsen stole the inbounds pass and was fouled, but hit just 1 of 2 free throws to send the game to overtime.

The Ducks dominated the extra session, going up six on 3-pointers by Dwayne Benjamin and Dillon Brooks and earning a spot in Saturday night's championship game against No. 12 Utah.

Elgin Cook scored 22 points, Tyler Dorsey had 19 points and Brooks added 17 for the Ducks, who had 11 blocked shots and 10 steals.

York had 21 points, and Allonzo Trier added 16 before fouling out late in regulation.

"We had a free throw, we could have won the game, which is amazing to think of," Arizona coach Sean Miller said. "Then when overtime started, again, I thought they re-established themselves as the better team. "

MGM Grand Garden Arena becomes McKale North whenever Arizona is playing in the Pac-12 Tournament, but the Ducks had no trouble winning at the real home of the Wildcats.

Oregon won the only regular-season meeting with Arizona, ending the Wildcats' 49-game home winning streak with an 83-75 victory. The Ducks gave the Wildcats fits with their athleticism and ability to expose individual matchups, though Arizona also was missing Trier due to a broken right hand.

Trier was back for the rematch, but the Ducks didn't care.

They flew past the Wildcats early, let them get back in it, and then closed the first half with a flourish.

Oregon did it with defense, getting eight blocked shots and six steals to set up its quick-hitting offense. The Ducks closed the half with a 15-2 run, capped by Brooks' buzzer-beating dunk -- in transition, of course -- to lead 44-29.

"We had a good first half, but the last 2:15 was just a disaster and Oregon just went on a run," Arizona guard Kadeem Allen said.

Arizona tried to make several runs in the second half, but the Ducks had an answer seemingly every time, usually with a dunk-and-trash-talk combo.

The Wildcats finally put a dent into Oregon's lead behind their defense, using a 10-2 run to pull to 65-60.

The Ducks still seemed to be in control but struggled from the free-throw line, missing 6 of 8 in the final 2:48 to set the stage for Arizona's improbable tying sequence.

"Arizona's a great team and we left the door open for them, and they were right there," Cook said.

Had Oregon lost, the last play of regulation would have haunted the Ducks.

Oregon goes over plays like that in practice and still had a timeout left, yet it went horribly wrong.

"Elgin has experience throwing the ball in. Elgin knew we had the timeouts. Chris knew that we had the timeouts and so did the rest of the guys. None of them took it," Altman said. "They don't let me call timeout anymore. We wanted to get one there, but no one picked up on it. Again, it was just panic, bad mistake, we lost our discipline there and it almost cost us a game."

Oregon: The Ducks are 23-0 when leading or tied at the half. ... Benjamin had 12 points and eight rebounds despite spraining his ankle in the second half.

Oregon moves on Saturday night's championship game against No. 12 Utah or No. 25 California.