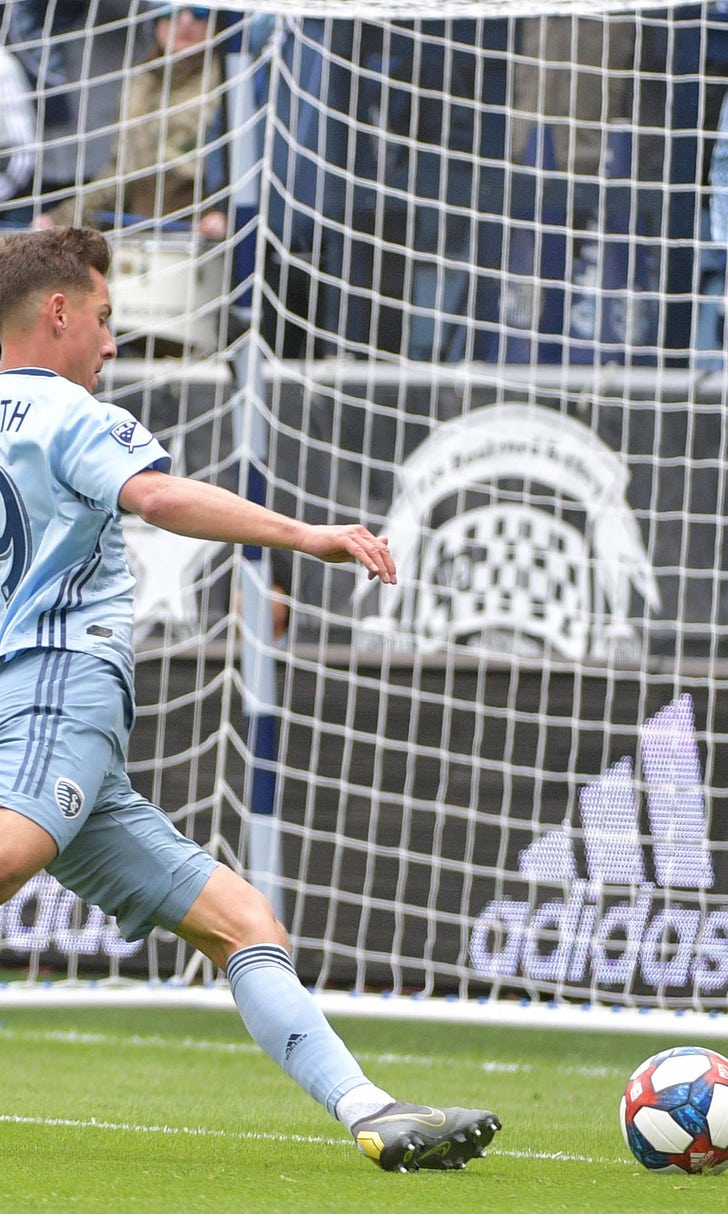 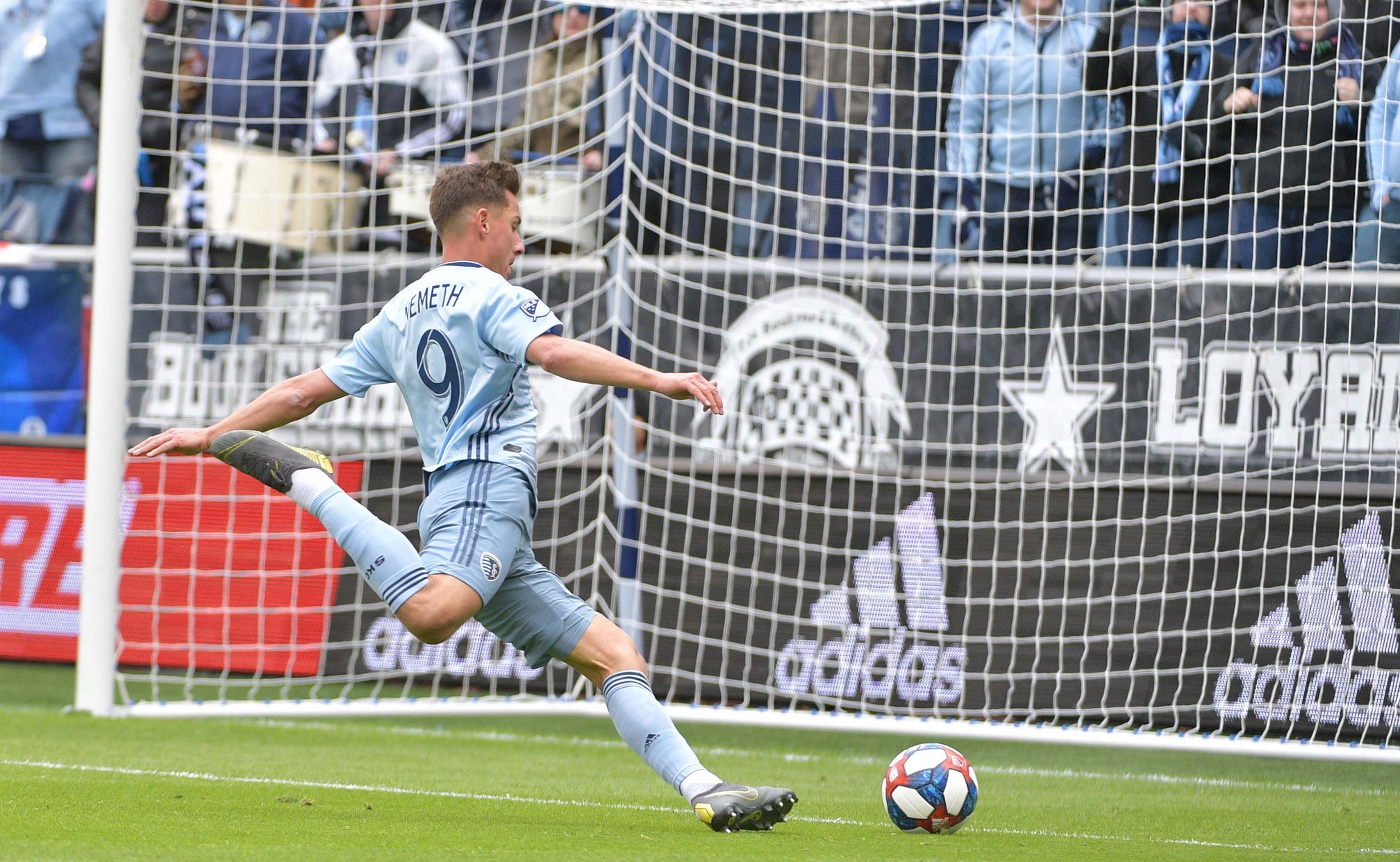 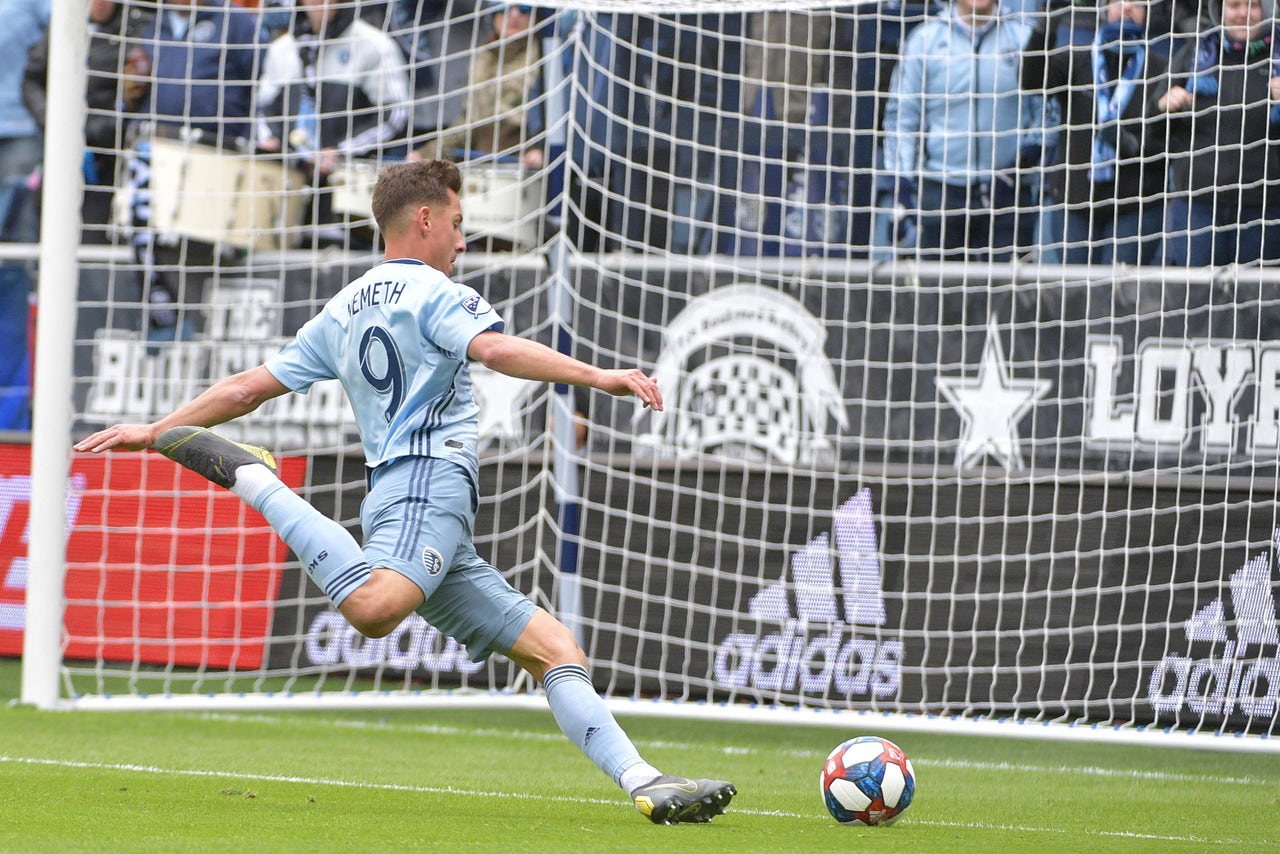 Krisztian Nemeth's start this season for Sporting Kansas City could be characterized as a comeback in so many different ways.

He's back as a center forward, a position where he's most comfortable. He's healthy after last season ended with injury and frustration. And he's finally rooted in a club where he got his MLS start.

So, yes, it's kind of a revival for the 30-year-old Hungarian striker.

"I was like, 'OK. Forget the last season, it was not that good, not what I expected, I had this (health) problem and I changed clubs.' So I said, I have to be positive," he said.

Nemeth is coming off a hat trick in Sporting's 7-1 demolition of the Montreal Impact last Saturday. He's got eight goals in seven games across all competitions so far this season: four in Major League Soccer and four in CONCACAF Champions League play.

Sporting has advanced to the CCL semifinals for the first time, the lone MLS team remaining. They'll be in Mexico on Thursday night to face Monterrey in the first leg. The Liga MX side is a considerable opponent, having won the tournament title three times.

Nemeth enjoyed his best season in MLS in 2015 with Kansas City. He scored 16 goals and had seven assists over all competitions and won the league's Goal of the Year.

He was transferred to a club in Qatar in 2016 but returned to MLS the next year with the New England Revolution, then last August he was traded back to Kansas City. At the time, Sporting was still trying to figure out how to replace Dom Dwyer, who was traded to Orlando the year before.

Upon Nemeth's return, Sporting coach Peter Vermes said: "Make no mistake about it, he is going to bring different qualities than what we currently have. And I think once that familiarity gets understood between the current players we have, I think you're going to see some very special moments on the field from our club."

But Nemeth was hampered by injury at the end of last season, resulting in offseason hernia surgery.

He said Wednesday that many things have gone into his success this season, including a productive preseason, as well as good assists from his teammates. But it was also a change in attitude.

"I have a lot of ups and downs in my career. So I know when I'm down sometimes, I have to work harder," he said. "So that was my mindset, just don't get down and concentrate on the positive things. So I did."

Nemeth's hat trick came on his 50th appearance with the club. Johnny Russell added two goals and Sporting became the fifth team in league history with seven or more goals in a single game. Collectively, Sporting has 11 goals through their first four games.