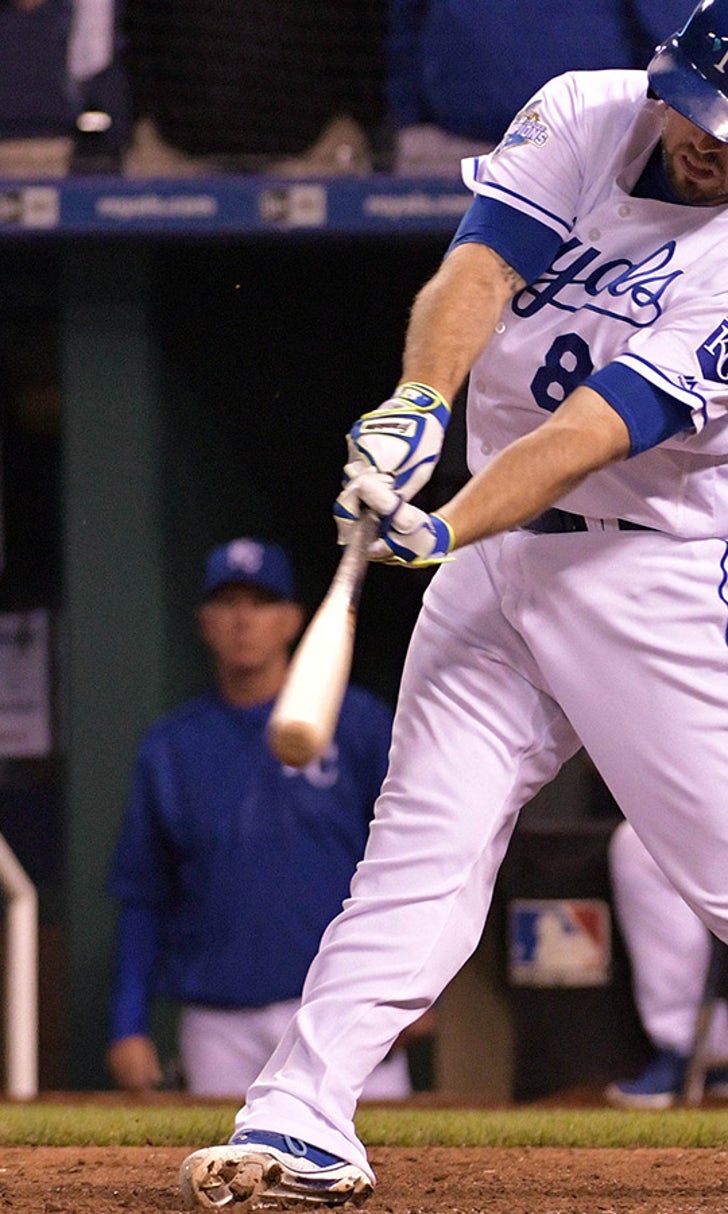 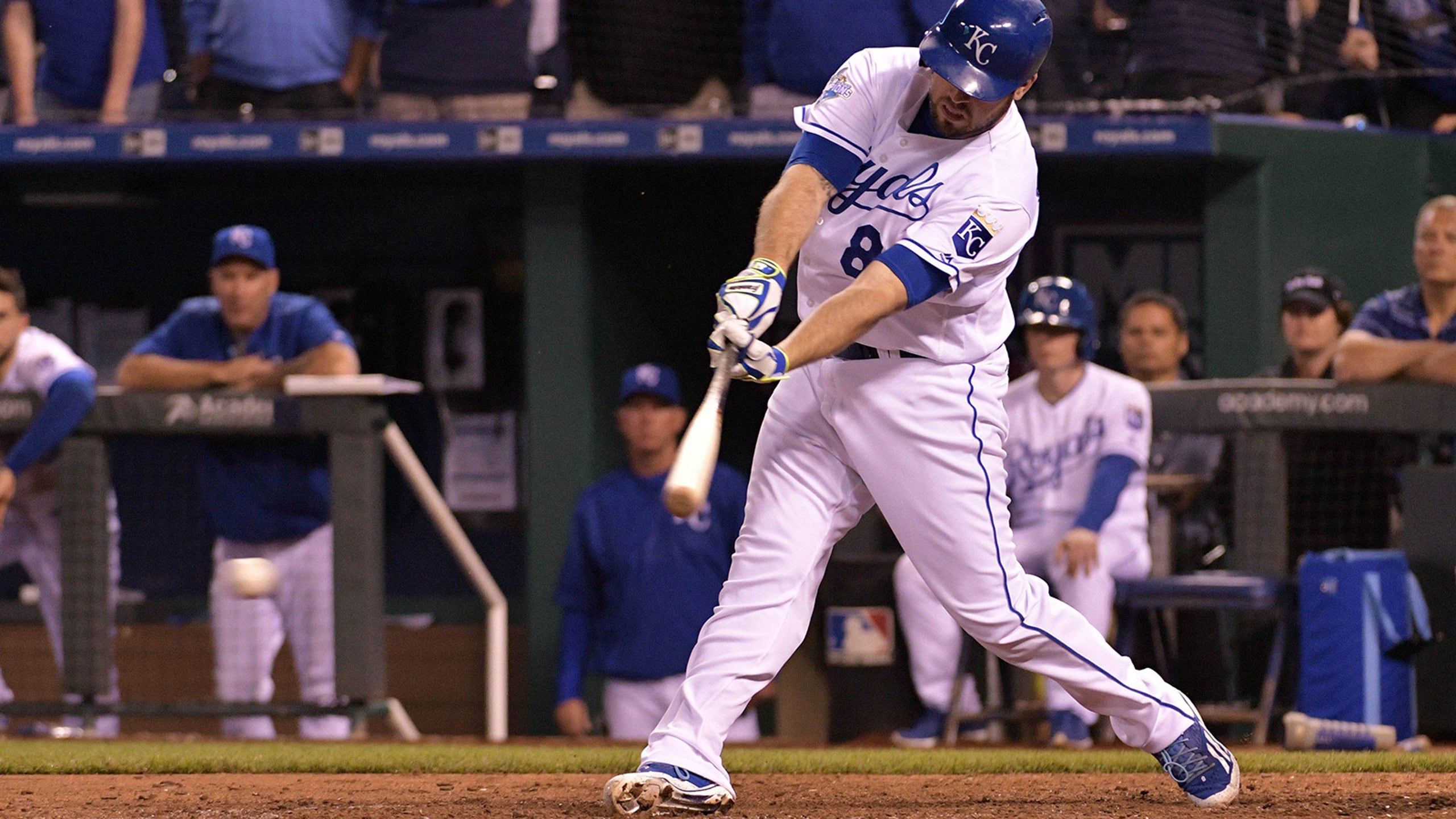 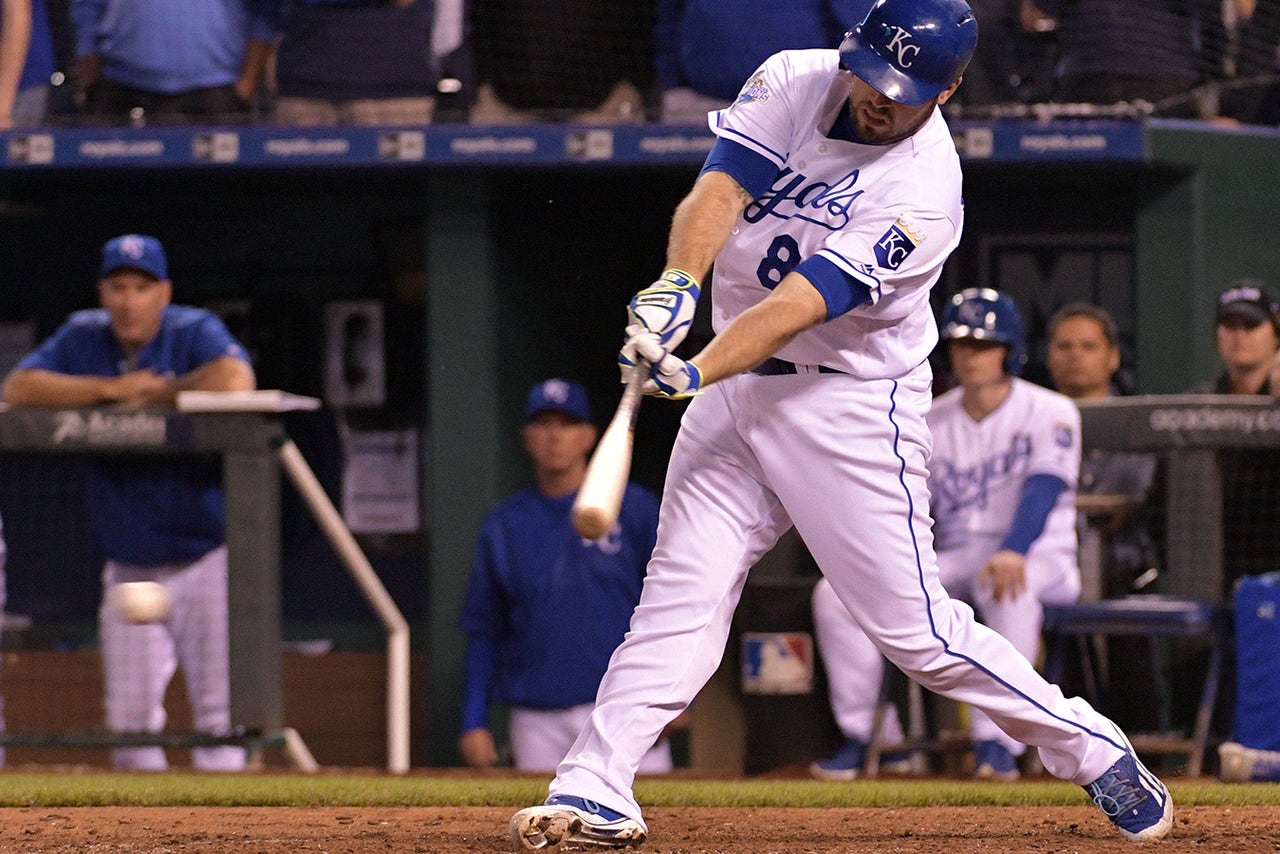 CLEVELAND -- Kansas City third baseman Mike Moustakas was scratched from the Royals' lineup Friday night against Cleveland because of a sore left thumb.

Moustakas was in the original lineup, but was removed about two hours before the first pitch. Manager Ned Yost said Moustakas was available to pinch hit.

Moustakas started Wednesday against Washington after not being in the lineup for the first two games of the series because the thumb was bothering him. He's hitting .258 with seven homers and 13 RBIs in 25 games.

Christian Colon started at third base and batted eighth.

The World Series champion Royals have lost seven of their last nine games.