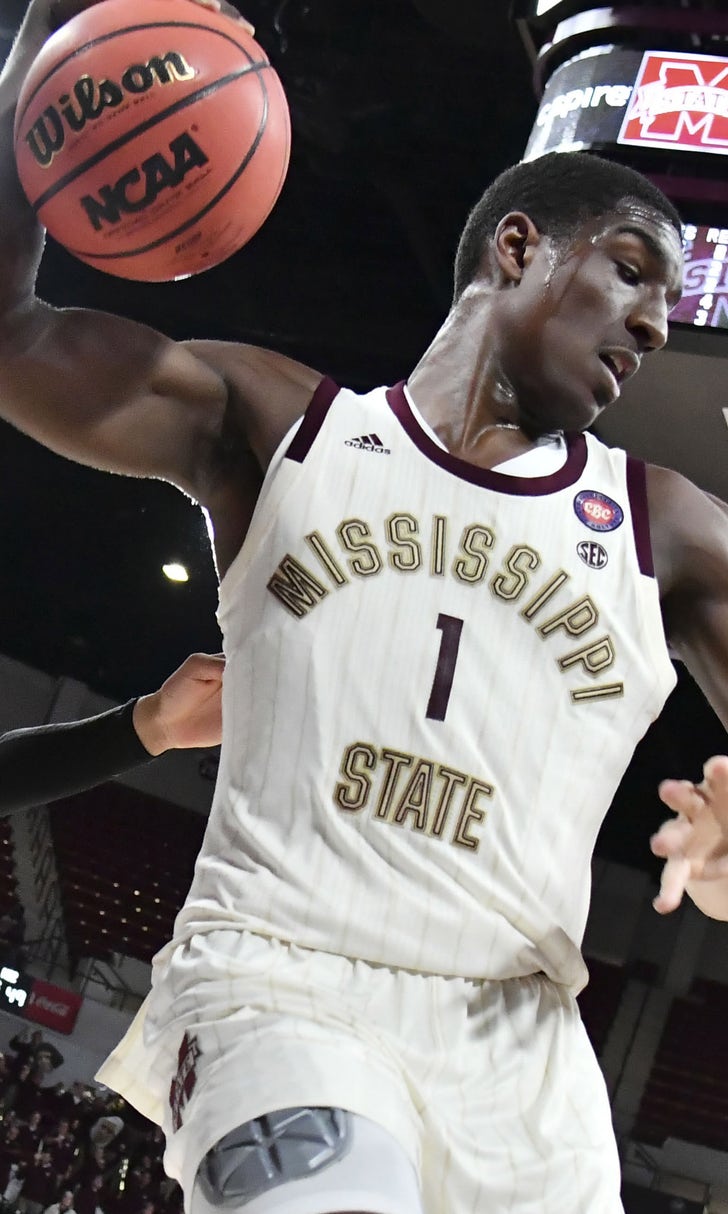 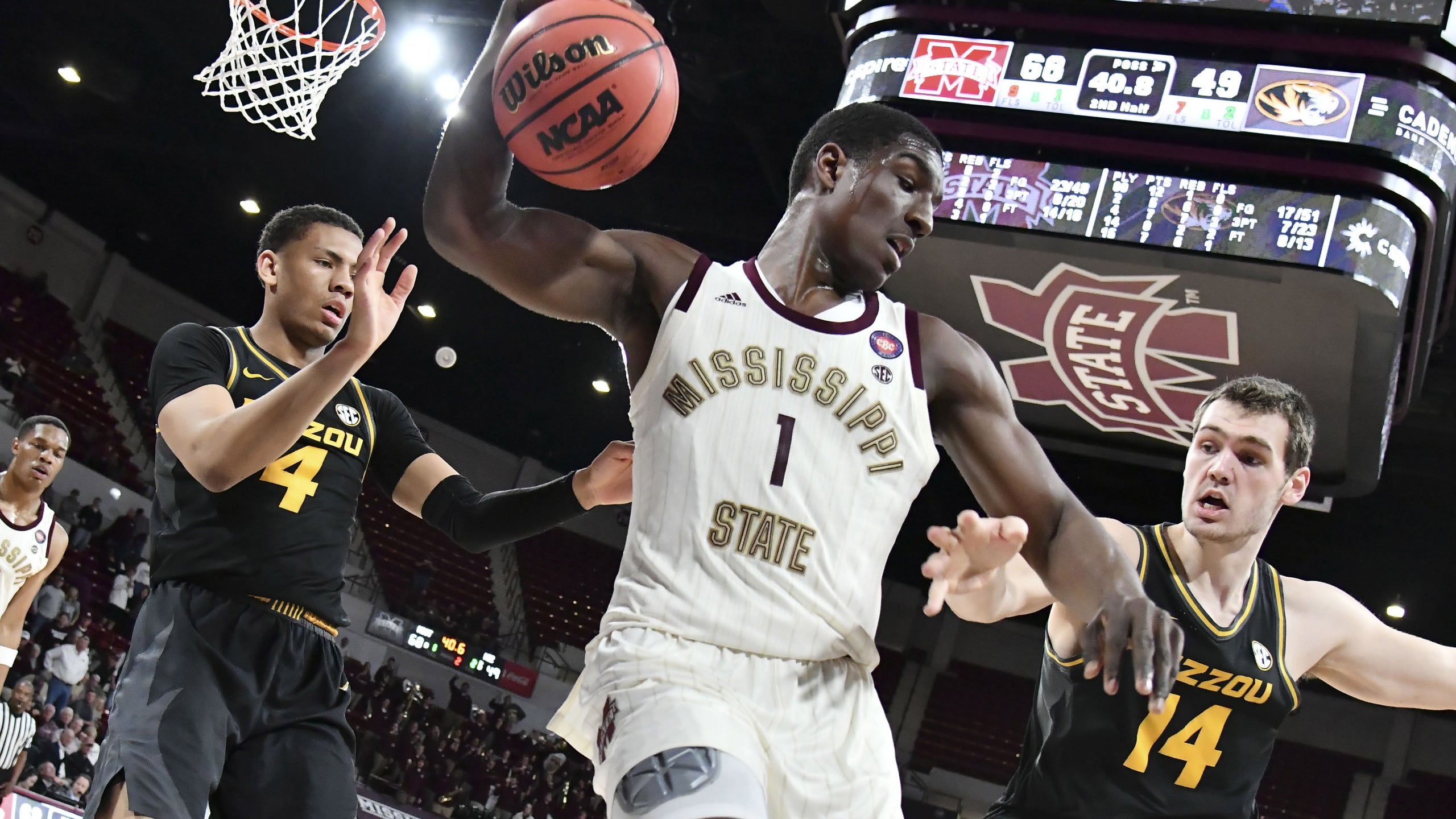 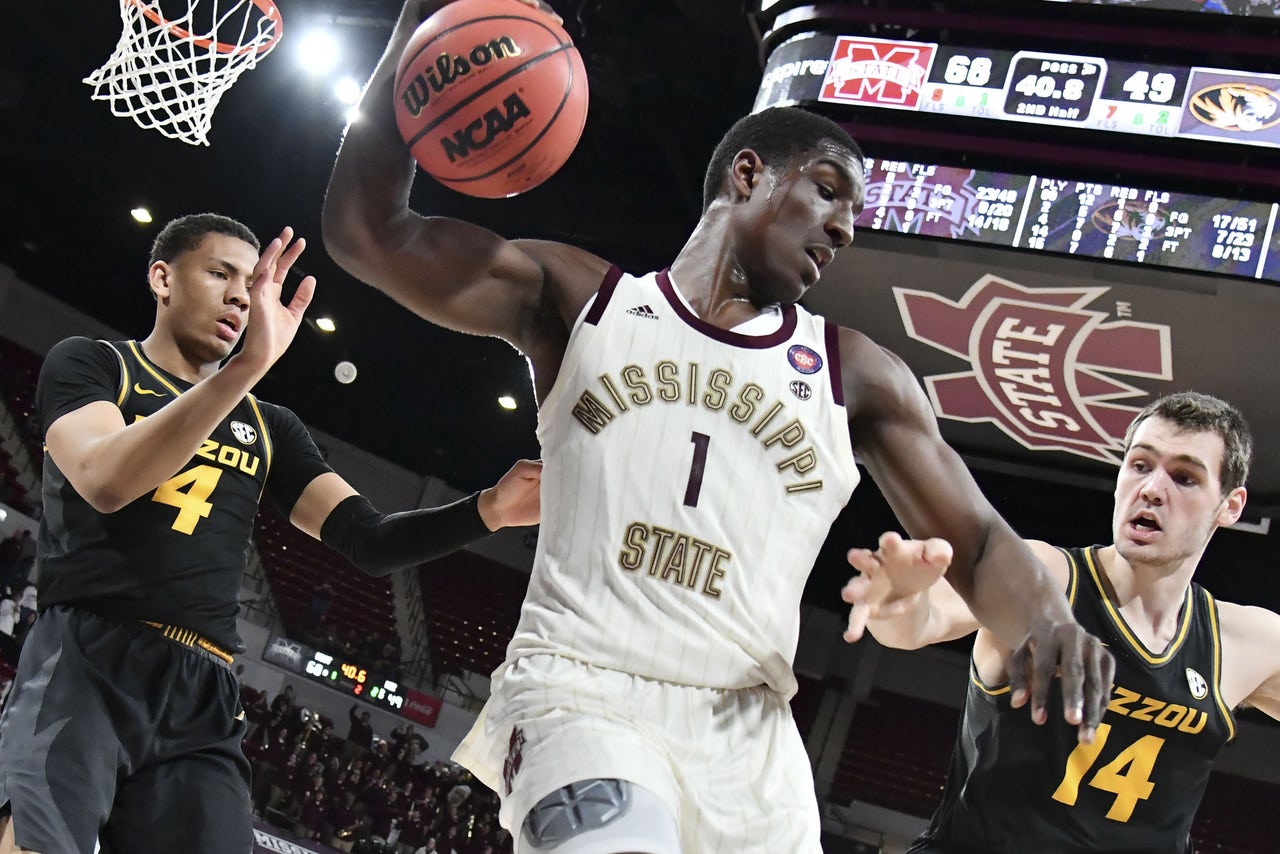 STARKVILLE, Miss. (AP) — Tyson Carter came to Mississippi State two years ago as a super-skinny shooter who coach Ben Howland hoped would grow — literally and figuratively — into a larger role on the team.

Gaining the pounds hasn't come easy, but the points are starting to come in bunches.

Carter scored a season-high 22 points, Quinndary Weatherspoon added 20 and Mississippi State led the entire game in a 68-49 victory over Missouri on Tuesday night.

"Tyson had it going," Howland said. "He really did a great job. Made big shots."

Carter shot 7 of 12 from the field, including 4 of 8 from 3-point range. The 6-foot-4 junior's production has come at a good time: He's averaged 15 points over the past four games since starting guard Nick Weatherspoon was suspended for an undisclosed violation of team rules.

Carter's gained about 20 pounds since coming to Starkville two years ago, though he grinned and said it "doesn't look like it." Even though he'll never be a bruiser, he's gained enough strength to find cracks in the defense and create space to make shots.

"It's just playing harder, playing tougher," Carter said. "Three years brings a lot of experience. You learn ways not to get pushed around as much."

"I'm so excited for our players," Howland said. "For me, it's all about the players and their chance to experience and compete in the NCAA Tournament. I got to do it twice as a player and it's the greatest experience you can have in college basketball."

Weatherspoon, a senior, passed 1,900 points for his career and made 3 of 4 3-point attempts. Reggie Perry had 15 points and nine rebounds. Abdul Ado blocked five shots.

Missouri (12-15, 3-12) lost its fourth straight game. The Tigers were competitive in their previous three losses to Ole Miss, Kentucky and Florida and hung close in this one for much of the night, but they couldn't overcome a tough night on offense.

Missouri's 49 points were a season low. The Tigers shot just 33 percent from the field and had 15 turnovers. Torrence Watson led Missouri with 12 points. Jeremiah Tilmon added 11.

"We just couldn't get baskets to go for us," Missouri coach Cuonzo Martin said. "They made enough to win the ballgame."

Mississippi State dominated most of the first half, pulling out to a 27-12 lead with 6:46 remaining. Missouri rallied to cut the deficit to 33-26 by halftime, but could get no closer than five points during the second half.

Because of Nick Weatherspoon's suspension, Mississippi State's regular playing rotation has been cut to seven players.

So far, it hasn't been an issue. Howland credited his team's endurance for the five-game winning streak.

Missouri: The Tigers continue to compete, but fell apart in the second half of this one. Missouri has two of its final three regular season games at home.

Mississippi State: It wasn't a pretty performance, but the Bulldogs controlled this one the entire night. Carter's consistent scoring over the past two weeks has been a plus, Perry doesn't look like a freshman anymore and Ado has added 11 blocked shots over the past two wins.

Mississippi State: The Bulldogs travel to Auburn on Saturday.