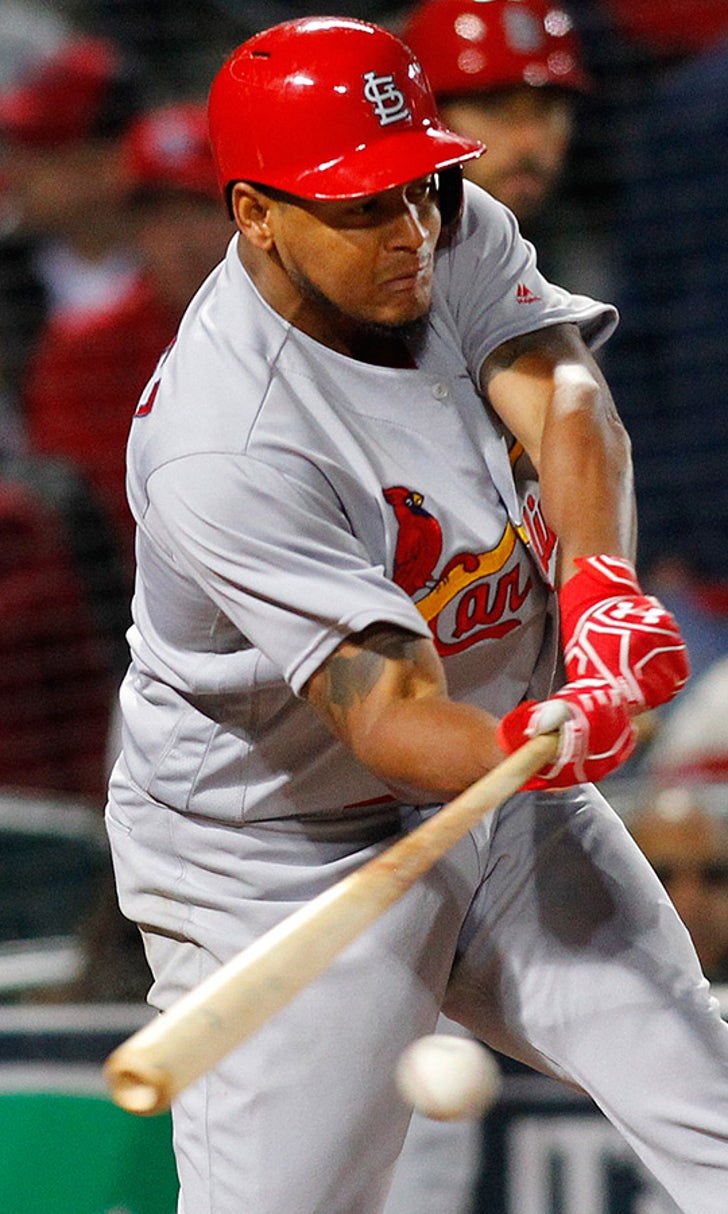 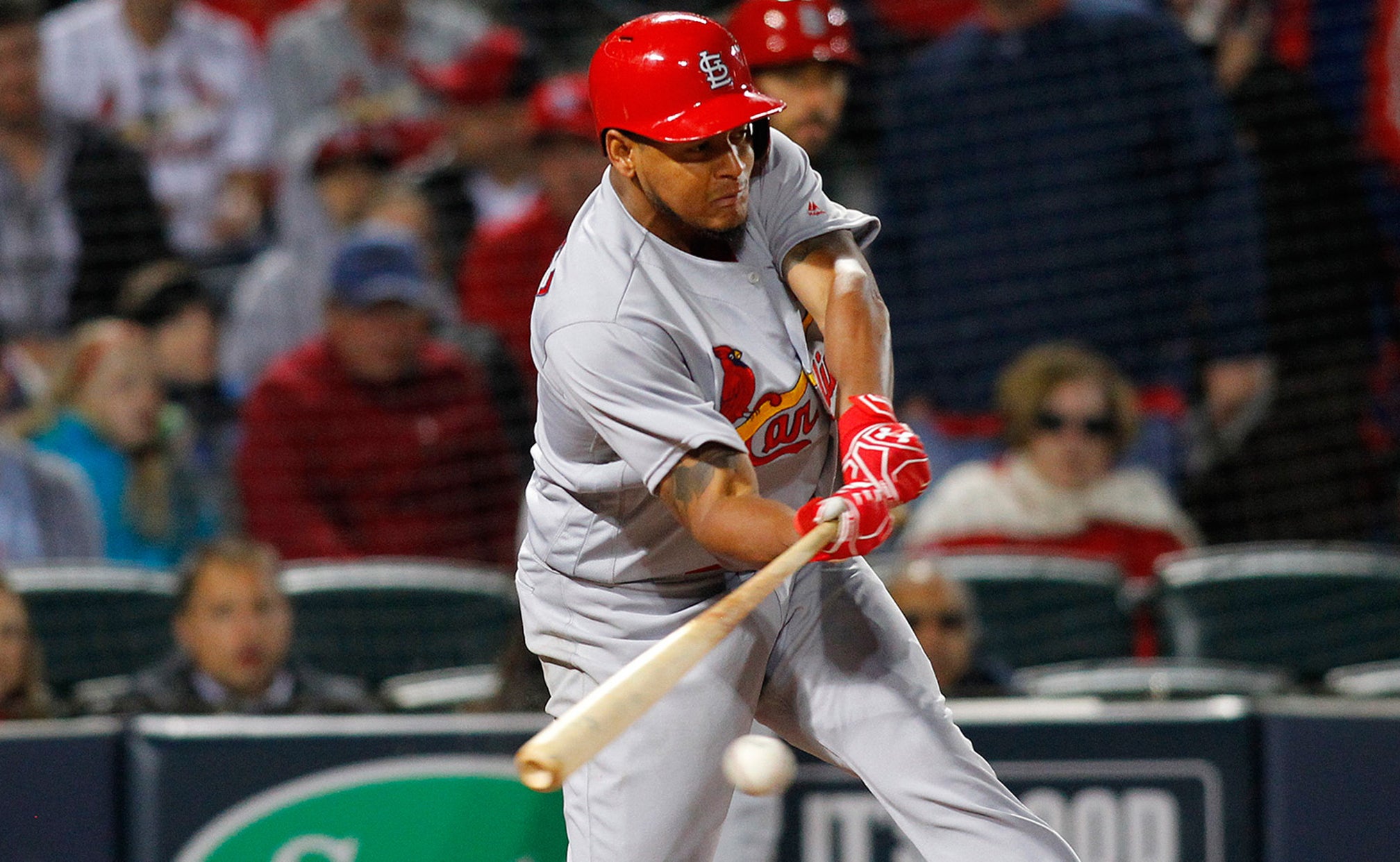 Martinez beats Braves 12-2 with both arm and bat 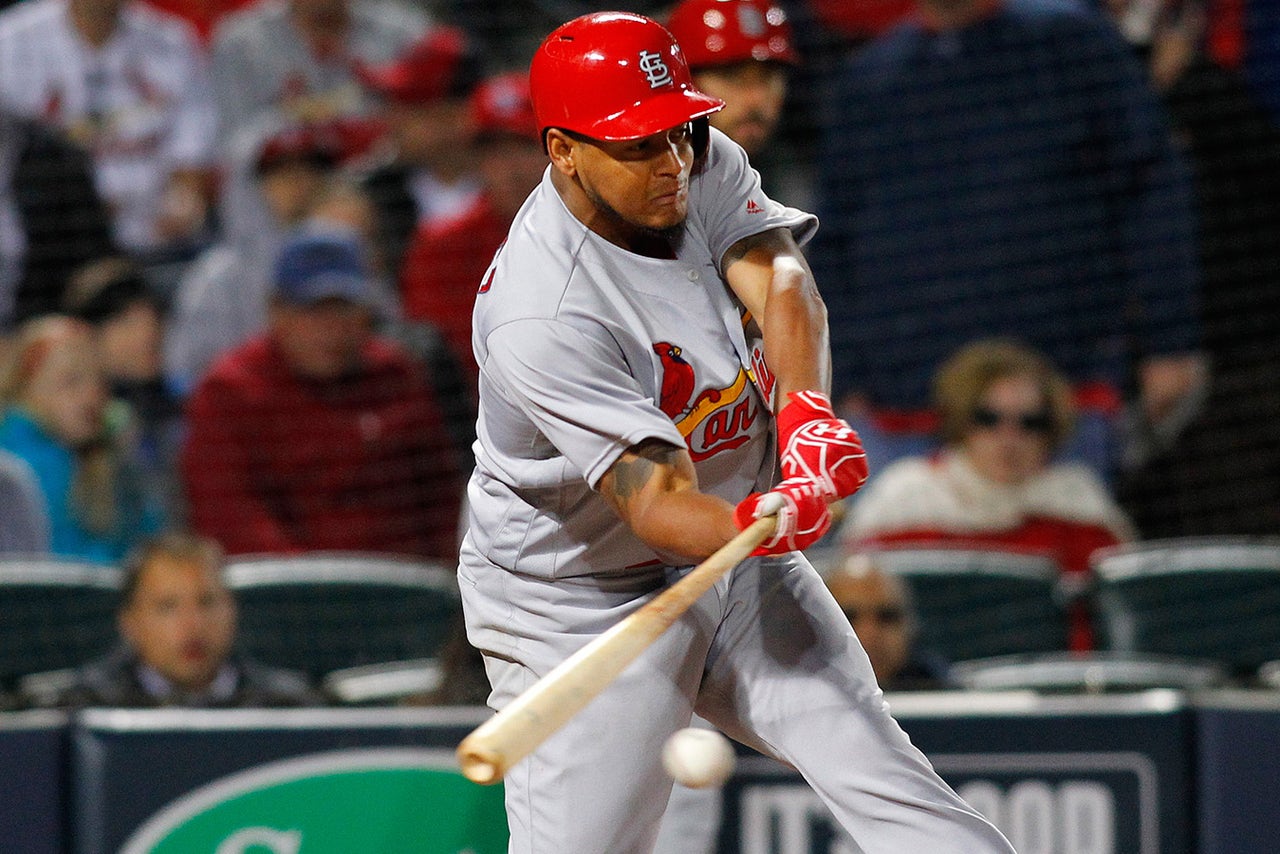 ATLANTA -- Kolten Wong says hitting is contagious. In a runaway win over Atlanta, even starting pitcher Carlos Martinez enjoyed a share of the fun at the plate.

Martinez drove in two runs, matching the total he allowed in six innings, and the St. Louis Cardinals beat Julio Teheran and the winless Atlanta Braves 12-2 on Saturday night.

At 0-4, Atlanta is the only NL team without a victory this season.

Wong had three hits and scored three runs. He also reached on a three-base error by Braves right fielder Nick Markakis that Cardinals manager Mike Matheny said should have been ruled a triple.

Matheny said he planned to have the third-inning error reviewed. The ball dropped off Markakis' glove in right-center. Center fielder Drew Stubbs lost the ball and Markakis also appeared to struggle with the poor lighting at dusk.

On a night the Cardinals had 14 hits, Wong said it was difficult to complain.

"I had one kind of taken away from me that was a little tough," Wong said. "If it was a clear day he'd have probably caught it so I can't really grumble too much."

The Cardinals have scored a combined 19 runs while winning the first two games of the weekend series. They were held to only seven runs in three losses at Pittsburgh to open the season.

Aledmys Diaz had two hits, including an RBI off John Gant in the eighth. Leadoff hitter Matt Carpenter had two hits and two walks.

"We know that we can hit," Wong said. "It's all about us kind of getting together. Hitting is contagious. Once a couple guys start getting hot, it usually ends up with the whole team hitting. That's good for us."

Martinez (1-0) allowed two runs on four hits and three walks. He drove in a run with a grounder in the second inning and another run with a fifth-inning single.

"I don't want to make excuses, but it was one of those nights you want to just put away and forget," Teheran said.

Teheran loaded the bases with three walks in the first. As a bookend to the collection of shaky pitching, Jason Grilli walked three batters in the ninth.

Markakis had a run-scoring double and scored on Freddie Freeman's single in the third.

The Braves' performance was ugly even to their manager's eyes.

"We're not looking real pretty right now in all aspects of the game," Braves manager Fredi Gonzalez said. "Today's game was not a good game for us."

The temperatures fell from 60 degrees for the first pitch into the 40s. The breezy, chilly conditions may have contributed to the combined six errors, 12 walks and four wild pitches. Five Braves pitchers totaled nine walks and three wild pitches.

Cardinals: Martinez, 24, threw 99 pitches in his 38th career start. ... Rookie CF Jeremy Hazelbaker earned the start and hit second following his pinch-hit homer on Friday night. He went 1 for 4 with a walk, scored a run, drove in one and stole a base.

Braves: CF Ender Inciarte did not play after leaving Friday night's game with a tight left hamstring. Gonzalez said Inciarte was "a lot better" on Saturday. Inciarte may be held out again Sunday, and the prospect of cold, wet weather in Washington early next week could keep him out of the lineup longer if he still has any discomfort.

Cardinals: RHP Adam Wainwright will make his second try for his first win of the season when he starts in Sunday's final game of the series against the Braves. Wainwright is 8-2 with a 2.54 ERA in 15 career games, including 10 starts, against Atlanta.

Braves: RHP Williams Perez, who was 7-6 with a 4.78 ERA in 2015, will make his first start on Sunday. It will be his first appearance against the Cardinals.