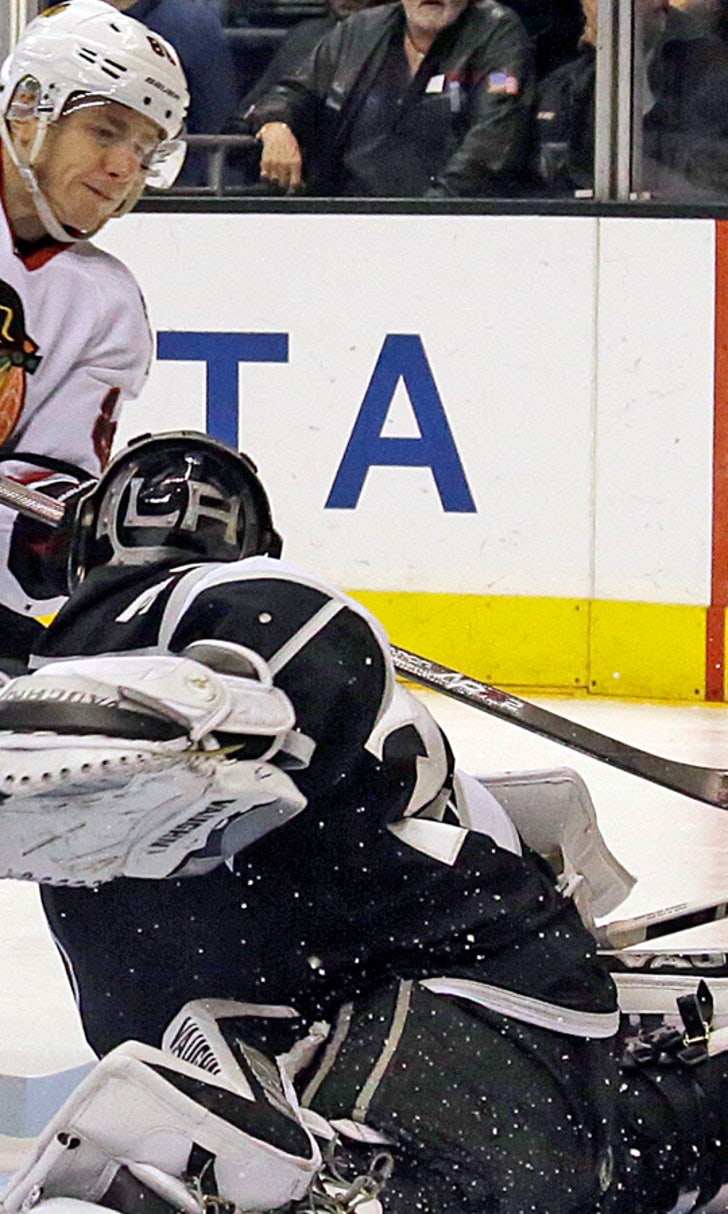 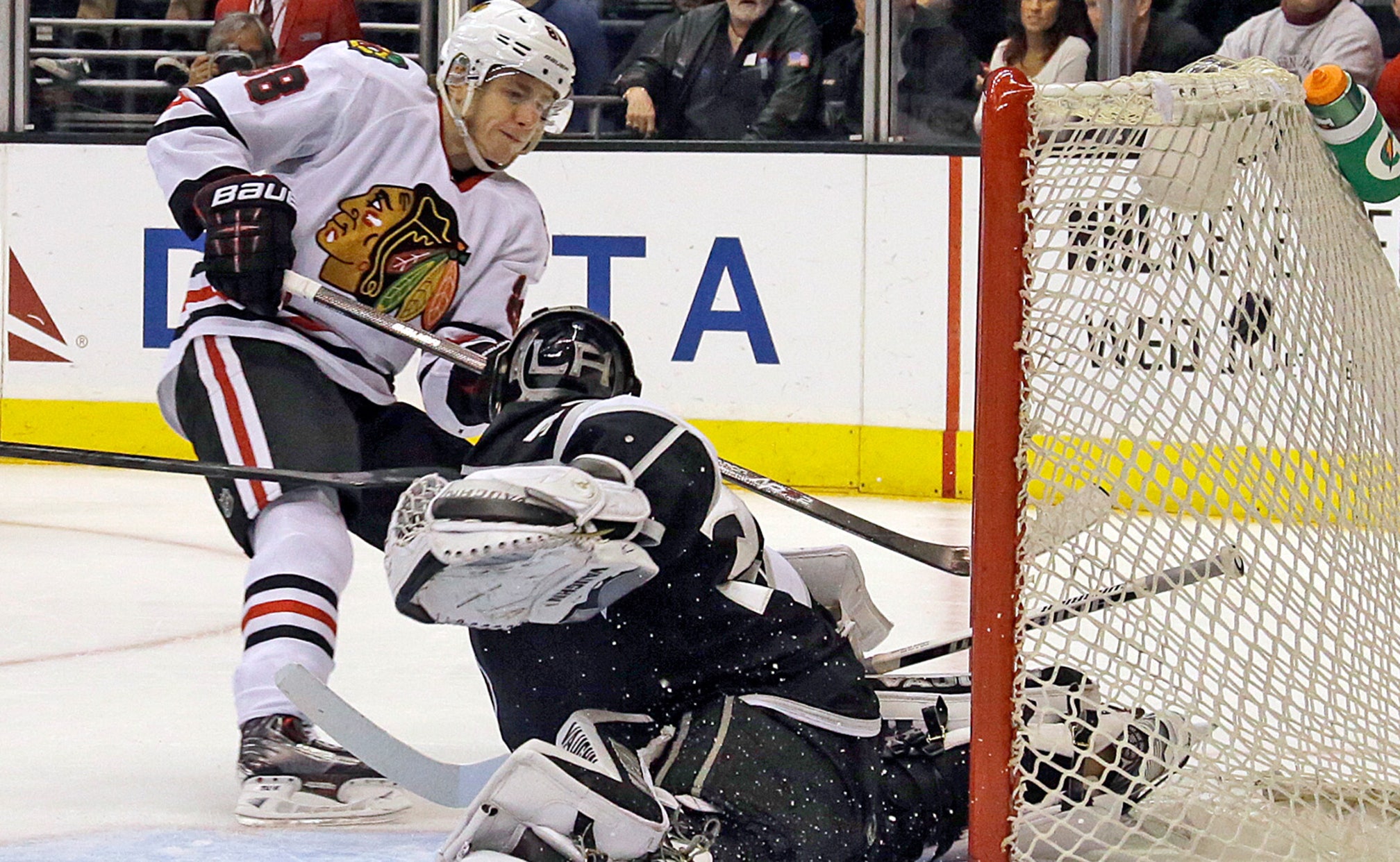 Kings' offense comes to life, but still not enough to beat Blackhawks

LOS ANGELES -- For a brief moment, it looked as though the Kings finally had their problems figured out. They killed off penalties, they blocked shots and someone other than Anze Kopitar scored on the power play.

But when the last two Stanley Cup winners squared off at the Staples Center Monday night, it was the reigning champs that had the game better figured out. The Blackhawks outworked the Kings for a 5-3 win, handing Los Angeles its fourth straight loss and its ninth in the last 10 games.

The Kings were down just 2-1 at the end of the first period and managed to tie it at two in the second. But goaltender Jonathan Quick had no chance to put a stop on Chicago's third goal.

Kopitar scored his third goal in six games and tallied three points and Tyler Toffoli scored late in the third period but it was too little, too late.

The only solace of the night was the fact that the Canucks lost to the Red Wings, so they failed to gain ground on Los Angeles. But the Kings haven't earned a point in a week. They're holding off the Canucks by just three points for the last playoff spot in the Pacific Division.

Head coach Darryl Sutter said he isn't concerned and is only looking at games up ahead but his captain, Dustin Brown, disagreed.

INTERVIEW: Patrick Kane of the @NHLBlackhawks spoke with the media following the game against the @LAKings on 2/3/14. http://t.co/H4G638z5Nm

"I think we're aware of the standings and where we're at and what's been happening the last few weeks," Brown said. "I'm not so much concerned with the standings, it's more about finding our game. Once we find our game, we're going to be there and that has to be the focus because you can't dwell on games lost, that does us no good."

Sutter said the the locker room isn't struggling, its individual players that are currently slumping, most notably some of the veterans.

"I think that we have a handful of guys that are frustrated with their own games," Sutter said. "We couldn't sustain the level of play of the Stanley Cup champions."

The game was tied at 2-2 in the second but Marcus Kruger scored off a double deflection to take a 3-2 lead. The puck took a bad hop and Quick had no chance.

INTERVIEW: Coach Sutter of the @LAKings spoke with the media following the game against the @NHLBlackhawks on 2/3/14. http://t.co/2pbAakybGW

It was obvious that this was not a strong matchup for the Kings. The combination of speed and bad blood boiled over and penalty minutes became problematic early on. The penalty kill unit was clearly fatigued as Nick Leddy banked one in off the post right as they killed off a Matt Greene minor and the Blackhawks went up 4-2.

"I guess a team like Chicago, they're a very fast team and the only way to slow them down is to punish them when you can, that's being smart about it," Brown said. "They're not the most physical team and when weâre on our game we're a grinding, physical team. We've just got to eliminate the mistakes."

The Blackhawks are now just three points behind league-leading Anaheim with 82. The streaking Blue Jackets, who defeated the Ducks 4-2 Monday night at the Honda Center for their third straight win, will visit the Kings Thursday night in the final contest for Los Angeles before the Olympic break.

It's a badly needed break that couldn't come at a better time.

"We've got one game left," Sutter said. "Plan on playing your best game of the year."