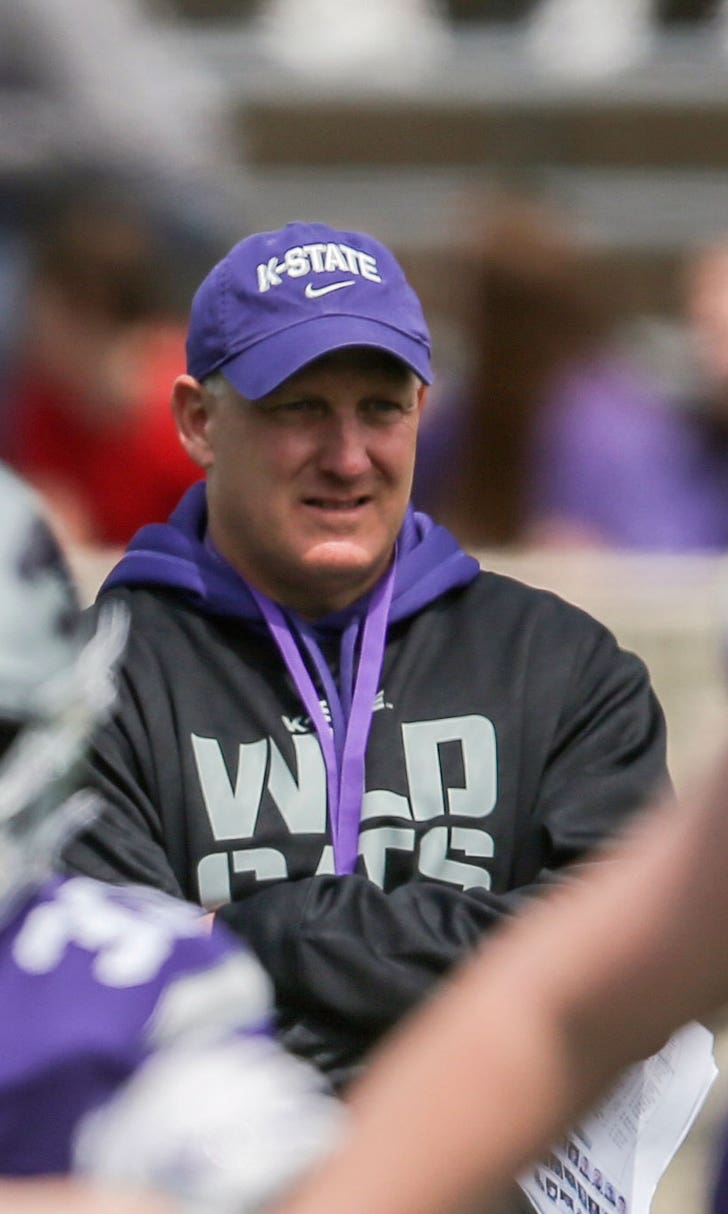 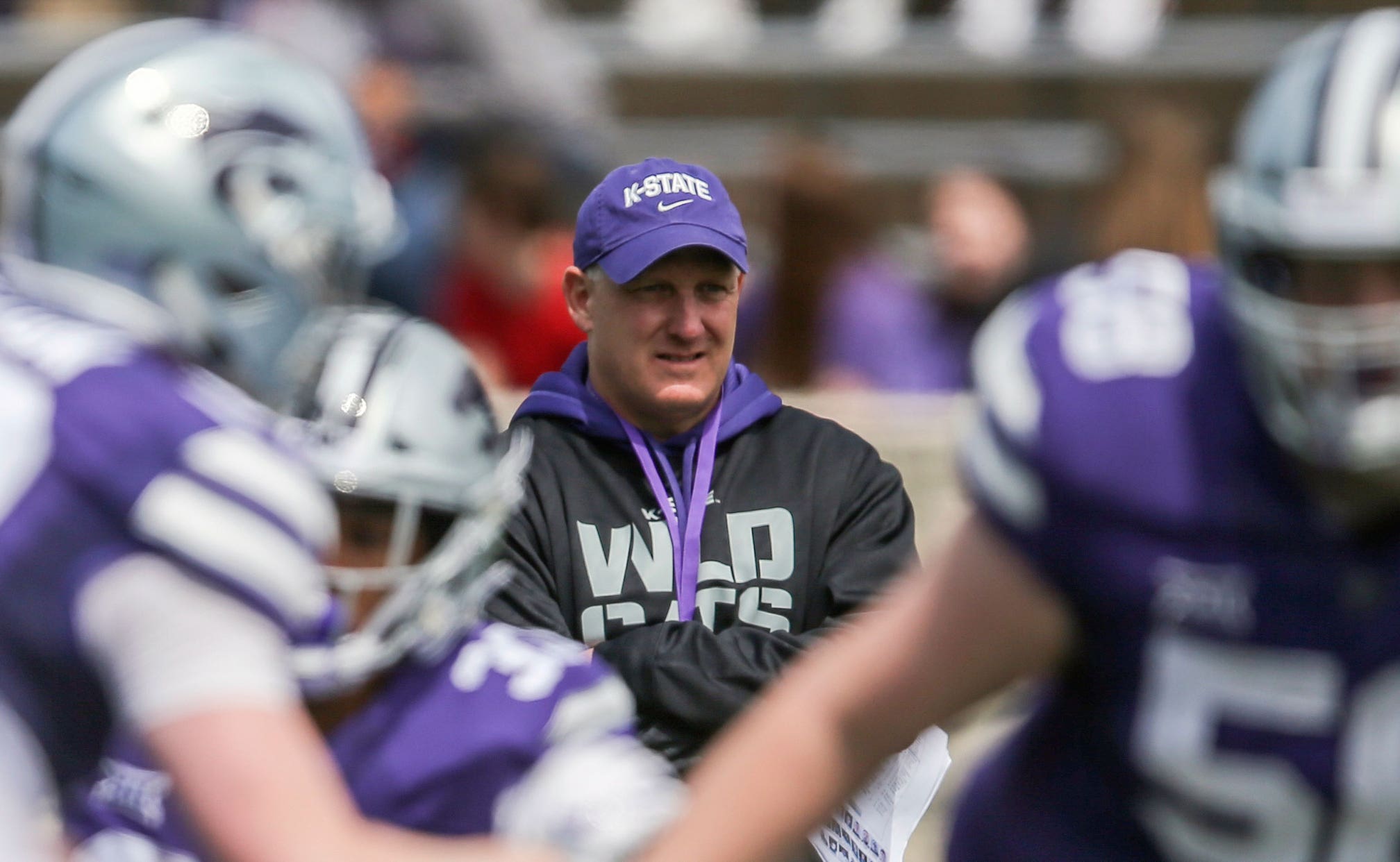 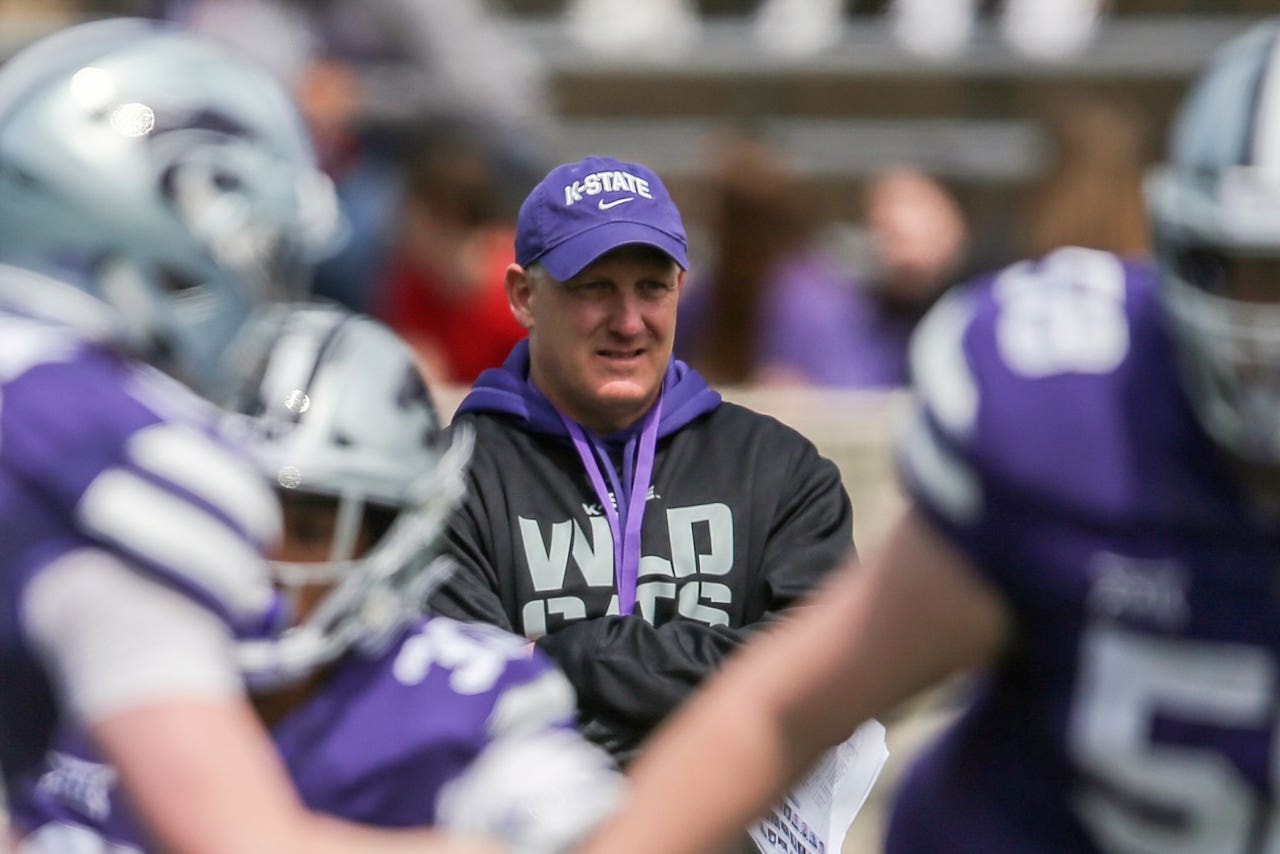 MANHATTAN, Kan.  — Chris Klieman has every reason to be wary about Nicholls State, one of the up-and-coming schools in the Football Championship Subdivision, spoiling his long-awaited debut as the Kansas State coach.

Just last year, the Colonels rolled into Kansas and beat the Jayhawks just down the road in Lawrence. They return most of their key players, including quarterback Chase Fourcade, and are pegged at No. 11 in their division in the preseason rankings.

It also wasn't that long ago that Klieman was on the staff of Craig Bohl when North Dakota State visited Manhattan and beat his current school to open the 2013 season.

"I know what those teams are going through," said Klieman, who later succeeded Bohl as head coach of the Bison and won four FCS national titles in the past five seasons. "You prepare all summer and all fall camp for your opportunities to lay an FBS opponent. We talked about that.

"In the same respect," Klieman continued, "I think it's a big opportunity for our players at Kansas State to put their best foot forward in what we hope to be a really successful season."

The expectations that surround the Wildcats this season are somewhat mixed.

Yes, their new coach comes with a gaudy 72-13 record as a college head coach, but Klieman has very little experience at the highest level. Yes, they return a bevy of starters led by quarterback Skylar Thompson, but they are also plugging plenty of holes with transfers and freshmen.

Not to mention, Klieman is replacing a Hall of Fame coach in Bill Snyder.

"It doesn't matter how I perform or how the coaches perform — we have our jobs to do on Saturday — but it's the players that have the biggest job and it's the players' game," Klieman said. "I want those guys to have excitement and energy when they're coming out. I know they will."

The Colonels are the defending Southland Conference champions and picked to win their league again, and they're coming off a season in which they finally notched a playoff victory.

That has raised expectations in Thibodaux, Louisiana, to a new level, starting with Saturday's game on the road against a Big 12 opponent.

"It's a new team. It's a new identity," Fourcade said. "I feel like we're doing a great job of working hard, competing and getting the young guys right and our team right."

Things changed at a glacial pace at Kansas State under Snyder, whose nearly three decades at the helm were interrupted only by a brief retirement. But Klieman has brought a fresh feel to the program, embracing the school's marketing, social media and recruitment efforts.

"Once again, this is a players' game," he said. "We've kind of talked about some things but we'll let that unfold on Saturday."

The Wildcats did not have a scholarship running back on the roster when Klieman took over, but a trio of transfers in James Gilbert (Ball State), Jordan Brown (North Carolina) and Harry Trotter (Louisville) solved that problem.

"We are very unselfish and we care about each other," Trotter said. "I'm going to play my tail off for them and I know they will do the same for me."

Nicholls State was winless the season before Tim Rebowe arrived, but the Colonels have improved their win total each of his four seasons in charge.

"We can't get too far ahead of ourselves," Rebowe said. "We were picked No. 1 (in the Southland) but we can't go right to the end of the book. We have to start at the beginning, take care of the little things."

The Colonels have played at least one FBS school every season since 2005, and at least two most of those years. They have five wins against their bigger-division foes since 2000, and nearly beat then-No. 9 Georgia as a 55-point underdog during the 2016 season.

Many players at Kansas State are still fueled by the way their season ended a year ago, when a collapse against Iowa State cost them a bowl berth.

"The fire I had in my stomach walking off that field," Thompson said, "this is a moment I've been waiting for and working for this whole offseason."