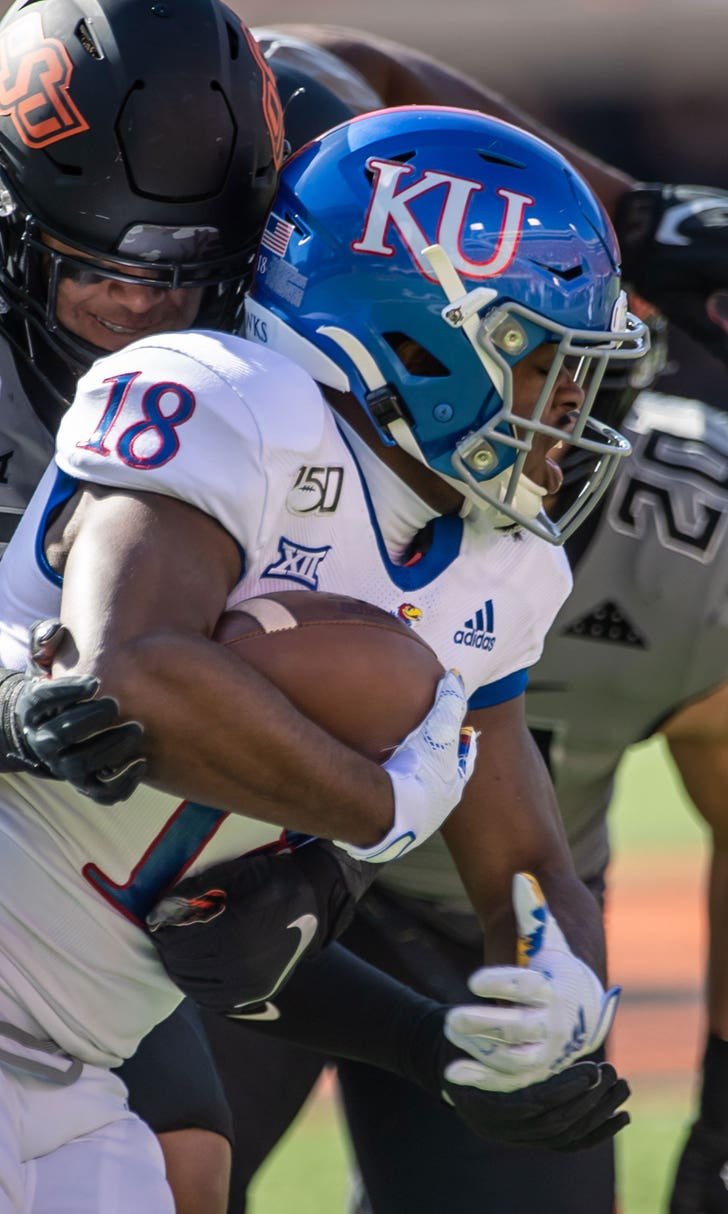 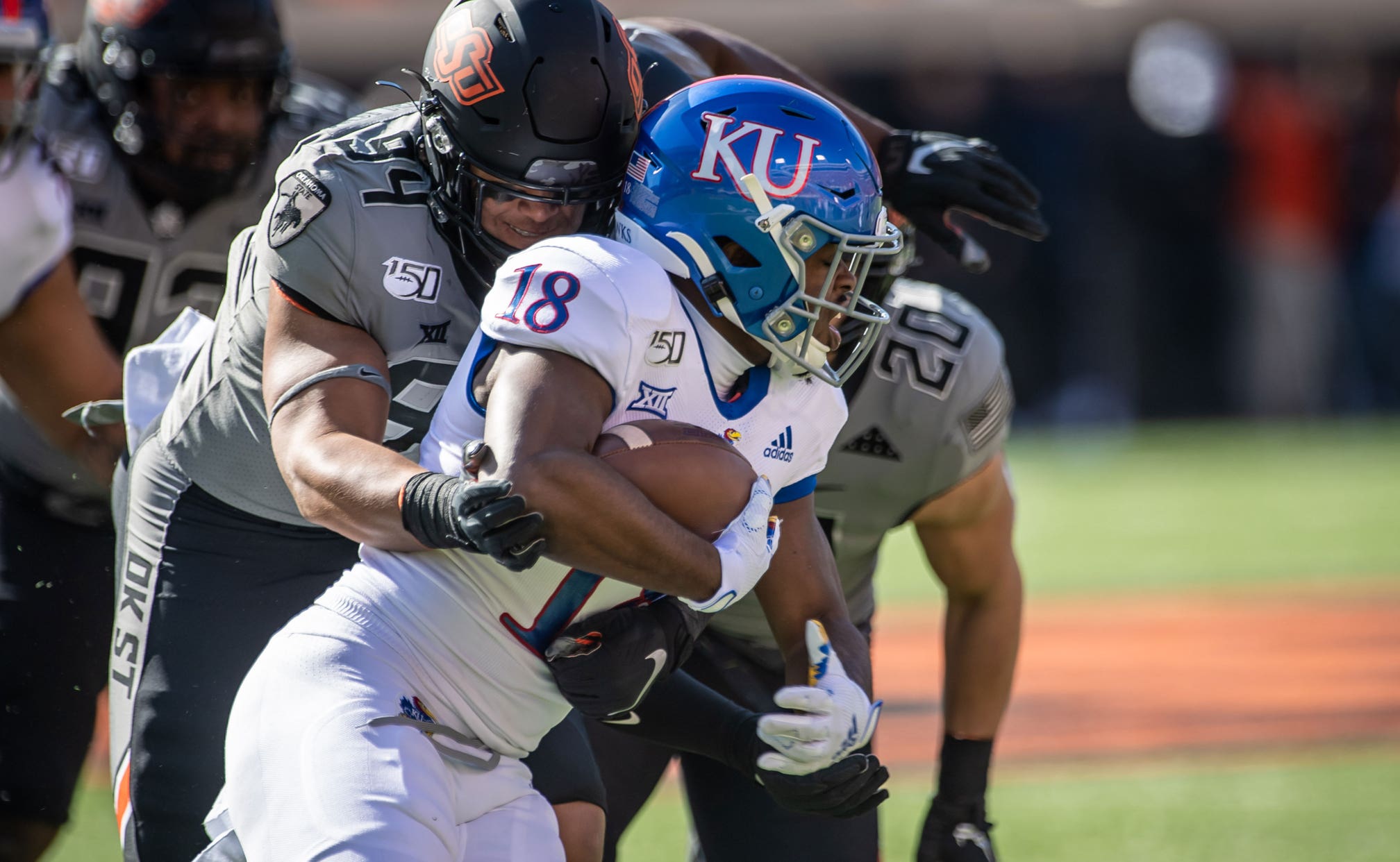 Jayhawks must get offense going again in visit to Iowa State 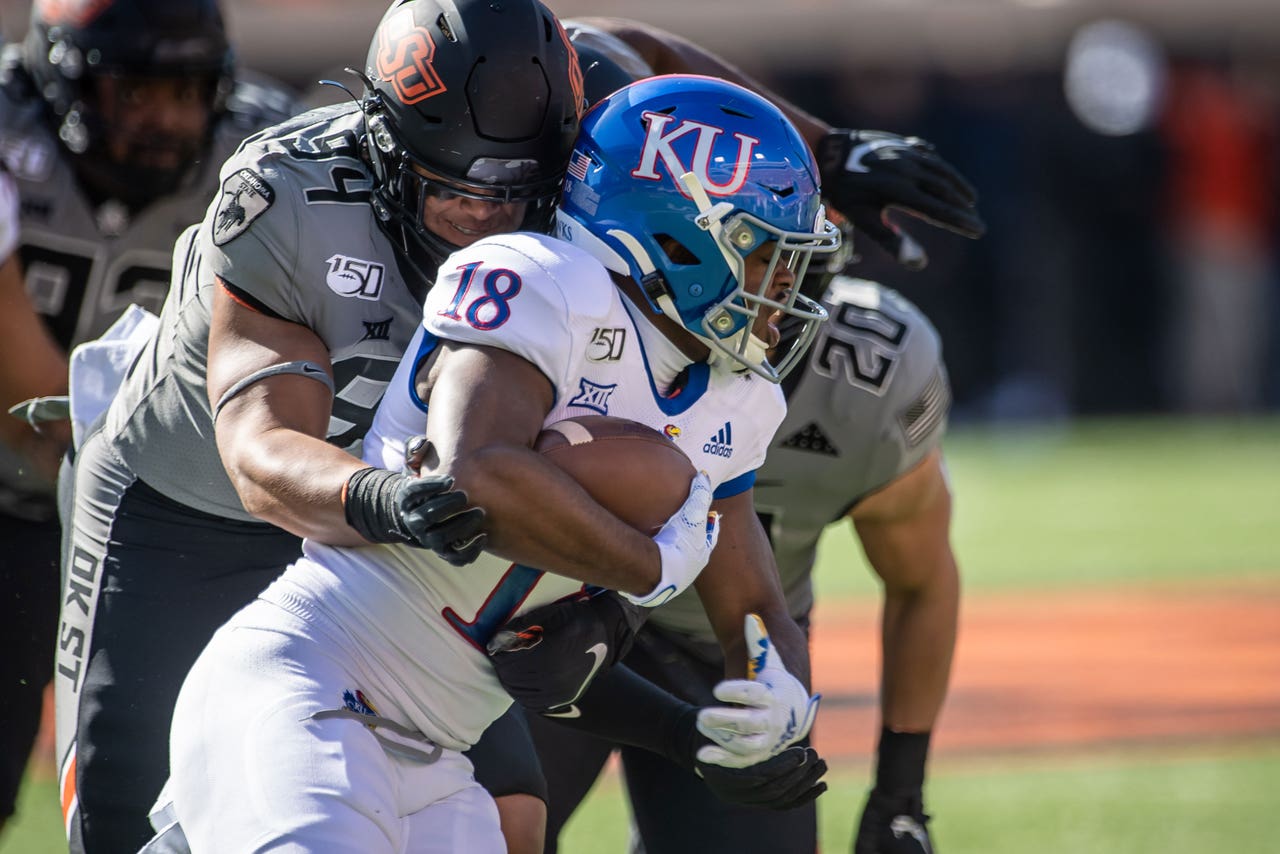 AMES, Iowa — A last-second win over Texas was cathartic for an Iowa State team that had suffered a series of heartbreaking defeats. The Cyclones will look to capitalize on that momentum Saturday.

Iowa State, which lost to No. 19 Iowa, No. 13 Baylor and No. 8 Oklahoma by four combined points, defeated the Longhorns 23-21 last weekend on Connor Assalley’s 36-yard field goal as time expired. The win not only helped the Cyclones’ bowl prospects, but also gave them a much-needed boost after their Big 12 title game hopes were dashed.

The Cyclones have won four straight games over the Jayhawks and are 24½-point favorites. But Kansas has shown improvement in 2019, and Iowa State coach Matt Campbell credits that to new coach Les Miles.

“They’ve got talent, they’ve got playmakers,” Campbell said. “But I think the big difference that you’ve seen right now is the belief that he's been able to instill in them to go on the road. I think their kids believe, their kids play with a really high spirit.”

Kansas’ offense, which scored 48 points in a two-point loss at Texas and 37 in a win over Texas Tech in October, has hit a wall in November. The Jayhawks scored just 23 points against Kansas State and Oklahoma State in losses that came by an average of 23 points. The KU running game has sputtered, totaling just 100 yards on the ground against the Wildcats and Cowboys.

“I can tell you that our kids are still fighting. I looked at that film (of the Oklahoma State game) and I wanted to be very critical, and I was not,” Miles said. “We made mistakes. Mistakes can be corrected.”

Despite the Jayhawks’ recent struggles on the ground, Pooka Williams remains one of the best running backs in the Big 12.

Only Chuba Hubbard and Hurts have more yards on the ground than Williams, who has 791 (4.9 yards per carry). Despite coming off the bench in the Cyclones’ first five games, freshman Breece Hall, who grew up in Wichita, ranks sixth in the league with 686 yards rushing.

Iowa State has outscored Kansas 72-3 in the teams' last two meetings. ... The Jayhawks rank 126th out of 130 FBS teams in rushing defense, allowing 236 yards a game. ... The Cyclones are outgaining their opponents by 121.4 yards a game. ... Iowa State beat Kansas 45-0 in 2017, the last time this matchup was in Ames. That was the largest margin of victory in 98 meetings between the teams.

“I didn't expect this to be a one-season stop. I figured that we would be doing long-term work here, and frankly, I think the work that we have done speaks for itself.” — Miles.