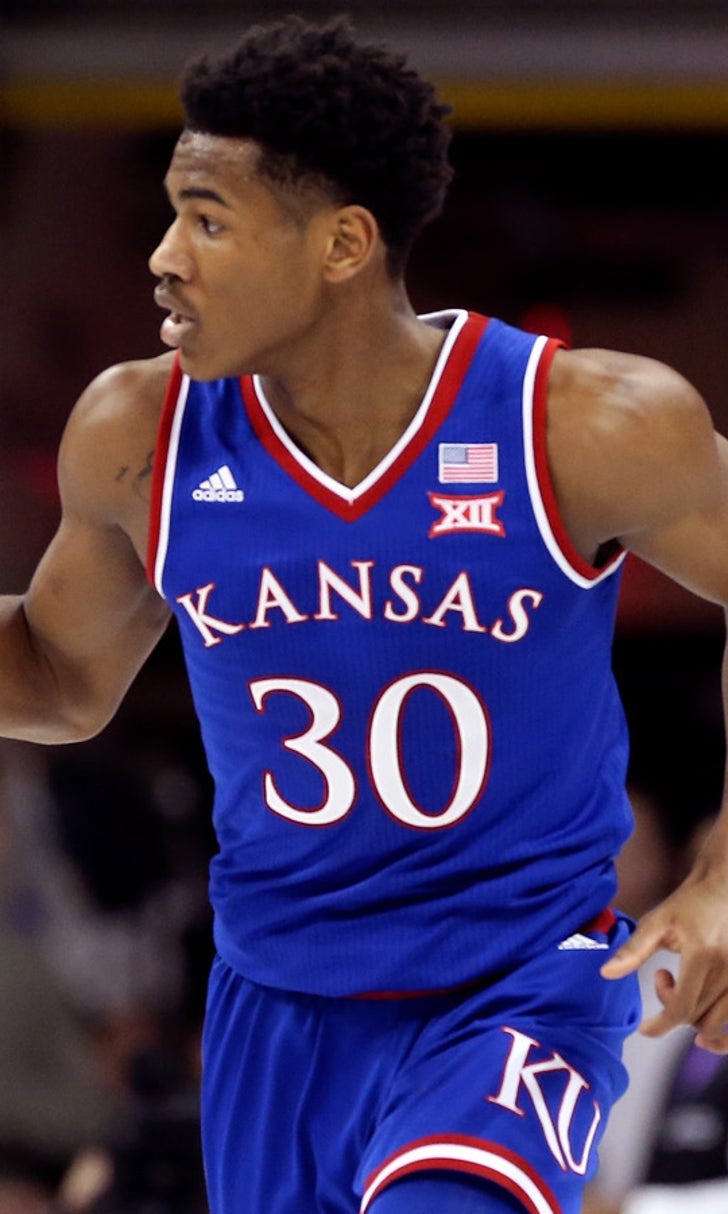 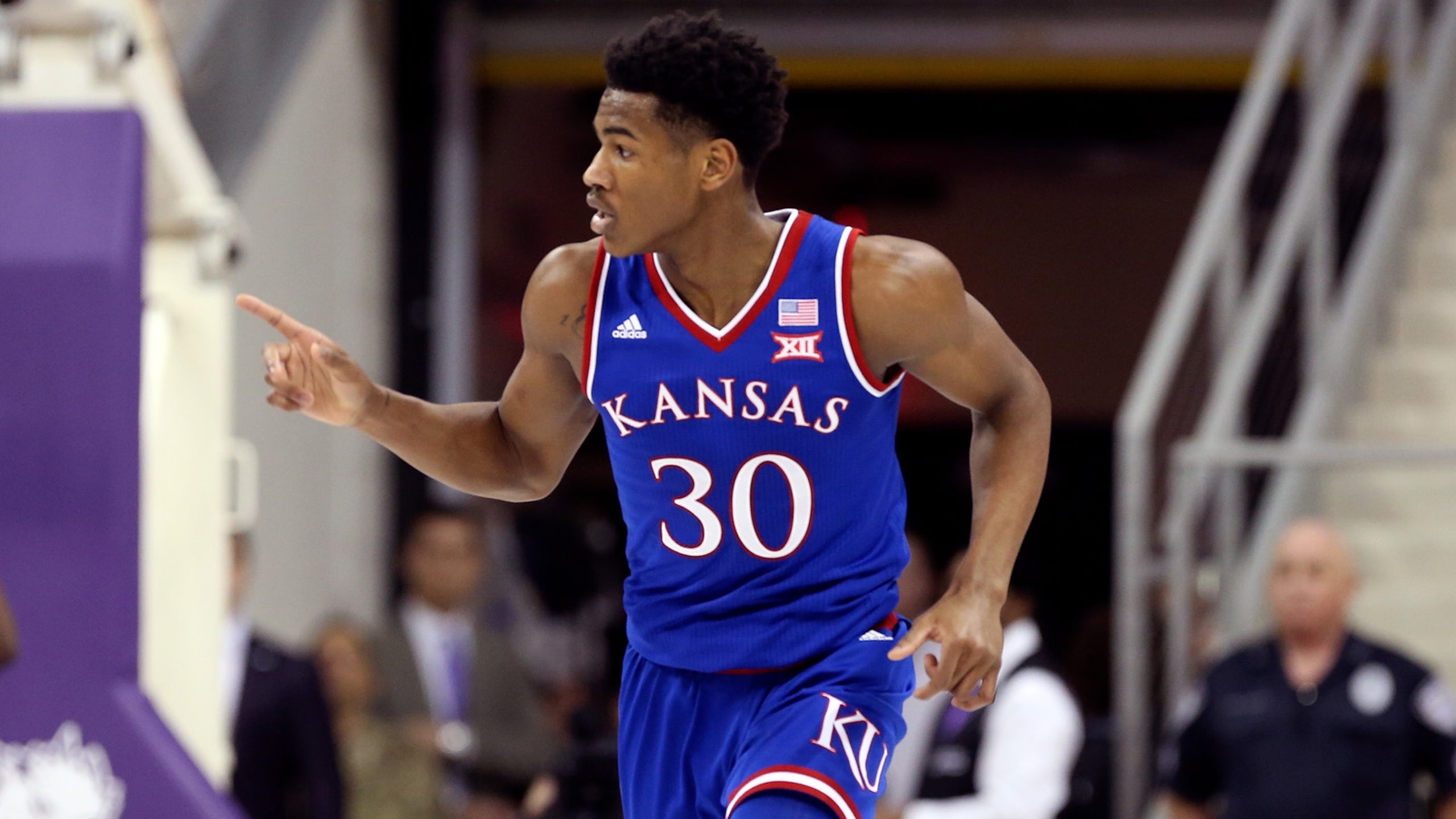 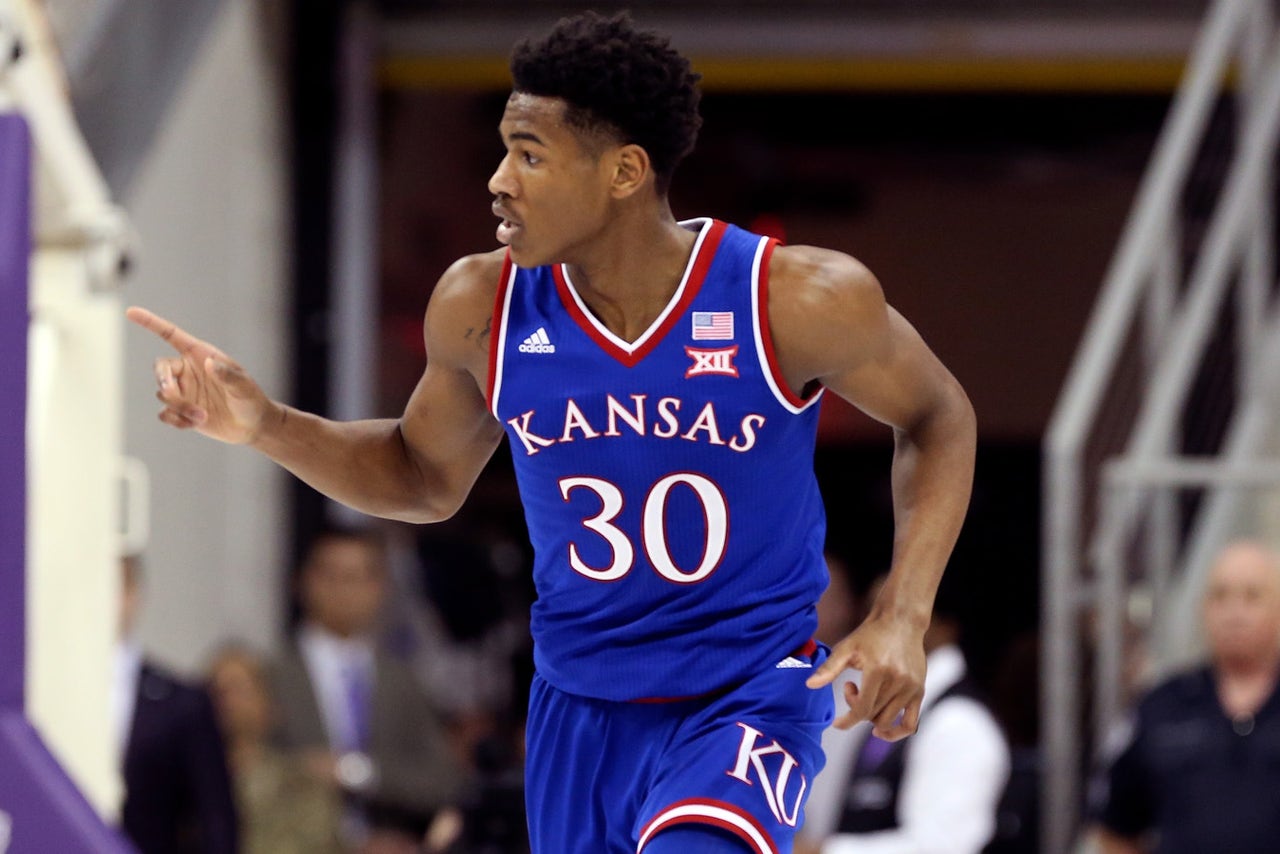 LAWRENCE, Kan. — Ochai Agbaji is not supposed to happen in the modern era of college basketball.

Not at Kansas. Not really anywhere.

But that was the plan at Kansas. With a stacked roster that was rewarded with the preseason No. 1 ranking, the Jayhawks figured they could stash Agbaji on the bench. Let him develop. Have him ready to go when a couple of potential one-and-dones headed to the NBA after this season.

But in an age of 24-hour news services, recruiting-specific websites, AAU all-stars and social media phenomena, Agbaji is proof that surprises still exist in college basketball.

And long before any of that took place, Agbaji had proven himself in practice, and a pleasantly horrible realization hit Bill Self that there was no way the kid should be on the bench.

So when January rolled around, the Hall of Fame coach decided to yank Agbaji's redshirt, and he has been arguably the Jayhawks' best player as they try to pursue another Big 12 title.

He poured in 25 points in a road game against Texas. He scored 23 against Oklahoma State. He had his first double-double in a crucial win over Texas Tech, and his second with 20 points and 11 rebounds while playing 41 minutes in an overtime victory at TCU.

"It was such a poor decision on my part," Self said last week. "He went along with it, with his family, thinking he probably wouldn't have very many opportunities to impact us on a gamely basis — not waste age 23 when you could waste age 18.

"It wasn't that he wasn't good enough to play," Self added. "It was a crowded house and there were no other candidates to not redshirt because the other ones already had. That was it. It didn't have anything to do with him. It was the situation of it being a crowded house."

A similar situation occurred over the weekend at Duke.

Joey Baker was a four-star recruit whose scholarship offers ranged from Tennessee and Texas to North Carolina State and Kansas. Baker reclassified from the class of 2019 to enroll at Duke a year early, and he was expected to redshirt this season before playing this fall.

But with Zion Williamson hurt and Jack White struggling, coach Mike Krzyzewski pulled the 6-foot-7 forward's redshirt during the first half of Saturday's win at Syracuse.

"He's played well in practice," Krzyzewski said. "You don't have to activate him, send anything in. He did a good job. Obviously, we haven't shot the ball very well except that Virginia game. Alex (O'Connell) and Joey are two of our better shooters. He'll continue to get stuff."

Still, the idea of redshirting a high-profile recruit is rare these days.

Most kids arriving on campus at Duke or Kansas have been courted throughout high school, and they've heard so much hyperbole from covetous coaches that they believe stardom is assured.

The idea of sitting out an entire season? Preposterous.

Plus, the bluest of the bluebloods rarely have scholarships available or the time to spend developing a potential late bloomer. It's hard enough to juggle the roster as players leave early for the NBA, and offering a scholarship with no immediate return on the investment is hard.

"The only player I talked to about redshirting after I got him here was Will Graves," North Carolina coach Roy Williams said. "I know even in Will's situation, I said, 'I want to talk to you about something,' and he said, 'Yeah, my dad and I have been talking.'"

Otherwise, prospects heading to North Carolina either know well in advance that they will be sitting out a year, or they arrive with the expectation they will contribute right away.

These discussions — and mistakes — aren't relegated to power programs, either.

Buffalo coach Nate Oats, whose team has spent most of the season ranked, nearly redshirted CJ Massinburg when they arrived together in 2015. The athletic guard didn't have many other offers, and Oats acknowledged he didn't really know what he had in Massinburg.

"Going into the fall it was still a real possibility for me," Oats explained last week, "but once we started a real practice I realized that wasn't happening."

Now, Massinburg is poised to leave Buffalo as one of its career scoring leaders.

"I've never actually had one where I started out the year redshirting a kid and then, you know, five, 10 games and decided, 'You know? I screwed up. We've got to play this kid,'" Oats said. "It was a legitimate possibility that we would redshirt CJ when he turned up. And then he ends up scoring 17 at Duke and 36 against Ohio as a freshman. He was pretty good."

Agbaji is proving to be pretty good for Kansas, too.

The Jayhawks headed into Monday night's showdown with Big 12-leading Kansas State still in the mix for a 15th consecutive conference title. And while Kansas may ultimately come up short, the mere fact that it remained possible in late February was due in part to Agbaji's excellent play.

"He was playing every bit as good as everybody else in practice," Self said, "but we already made that decision to tag him. I actually think he wanted that. He was happy with that. His family was happy with that, because they understood his best ball was well down the road.

"When things started to occur, we had to do something to jump-start our team. That was really one thing we had left in the bag, and fortunately for us and him, it has worked out really well."