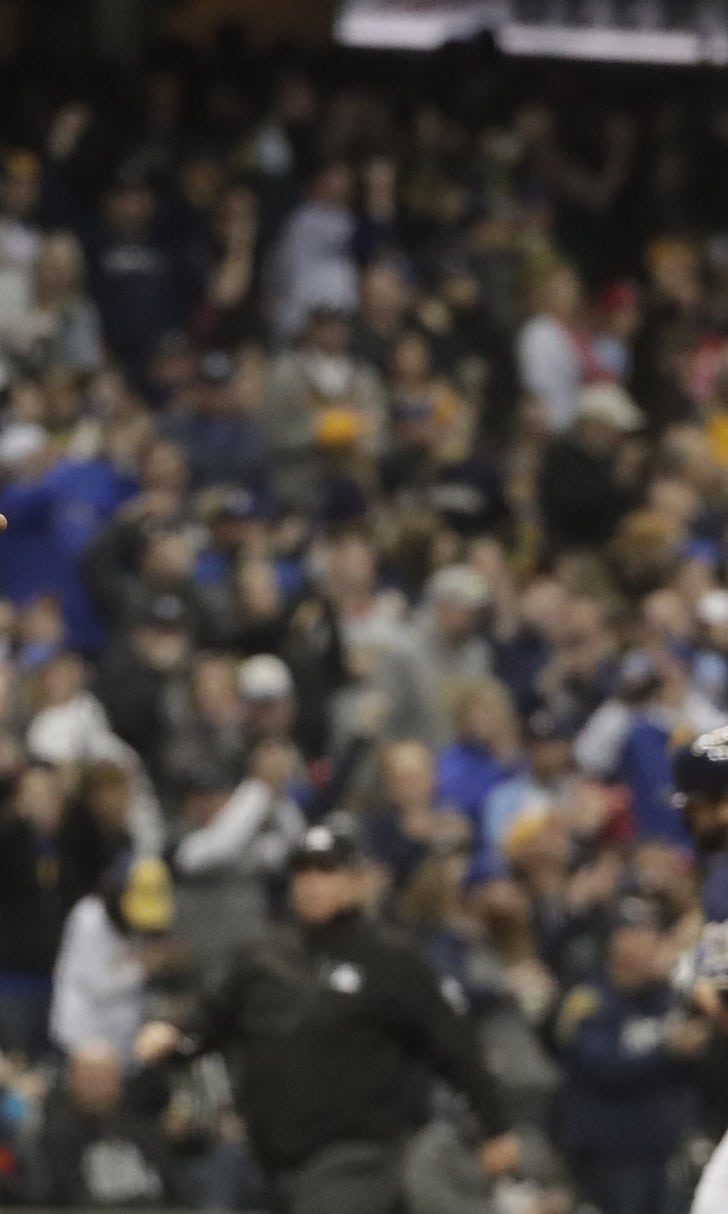 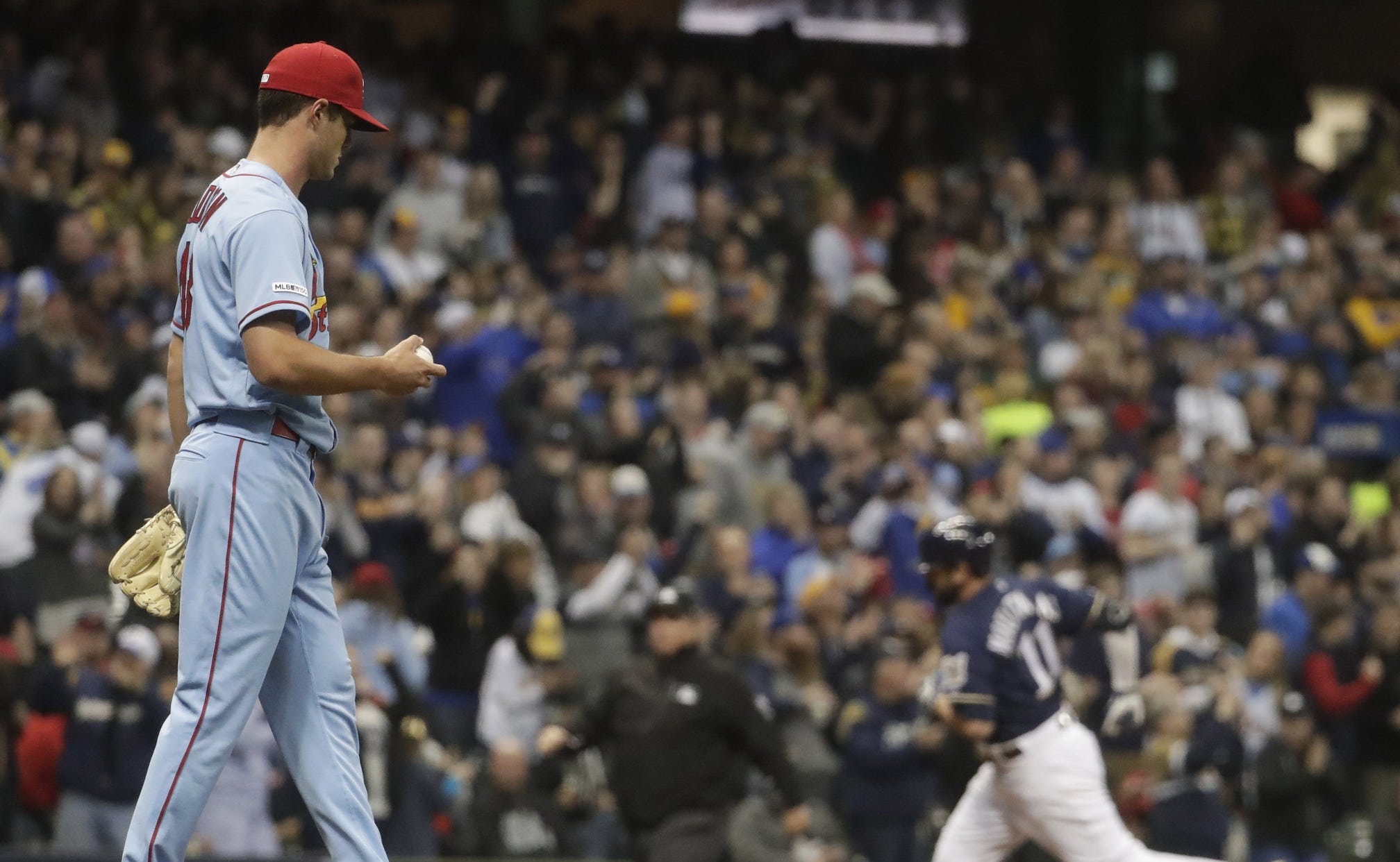 Hudson struggles to keep Brewers in the park, Cards lose 4-2 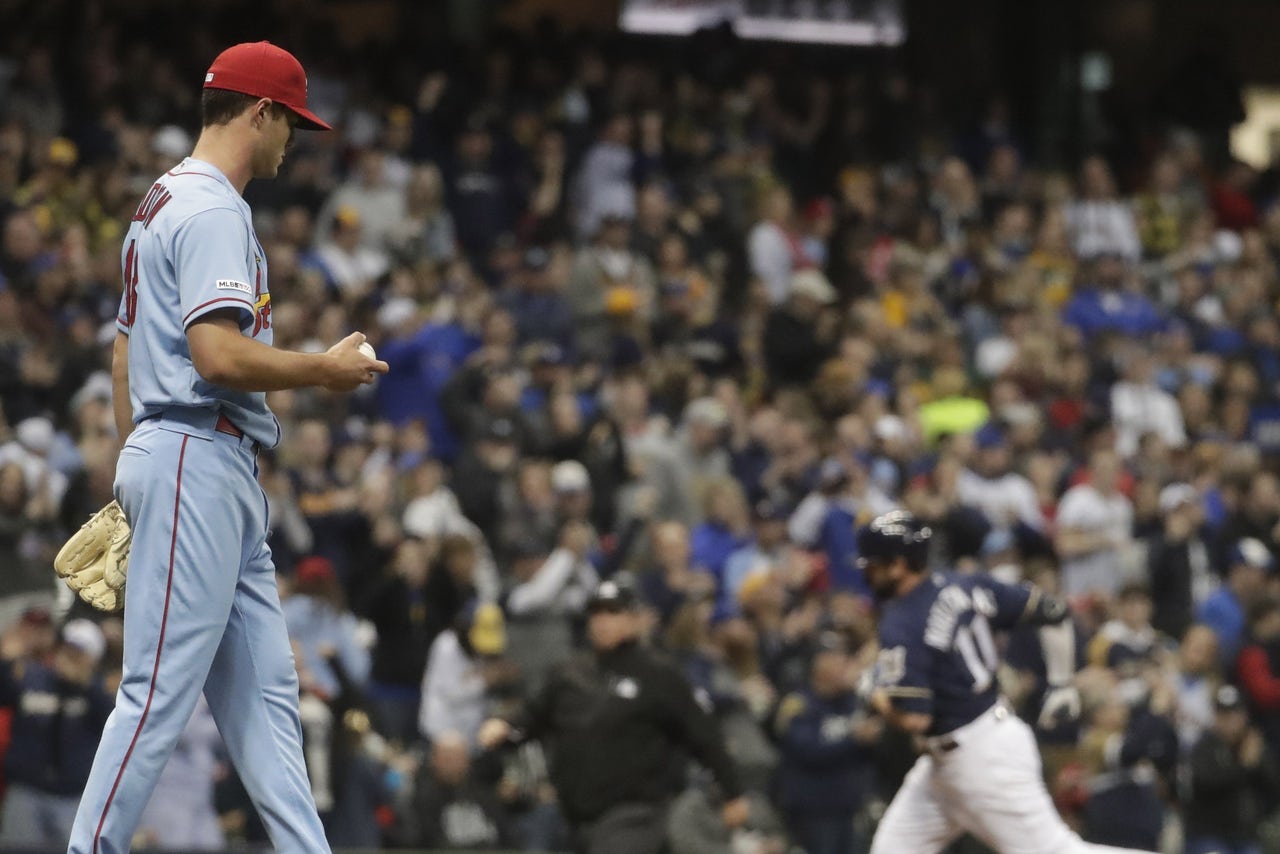 Yelich became the first MVP to homer in the first three games of the following season, Hader closed things out with an immaculate inning and the Brewers beat the St. Louis Cardinals 4-2 on Saturday night.

After a making a sliding catch in right field for the first out of the game, Yelich got Milwaukee on the board in his first at-bat, sending a hanging slider from Dakota Hudson (0-1) to left for a 1-0 lead.

"Those guys are really strong," Hudson said. "A lot of veteran hitters over there. They knew what they could do and they took the ball the backside. It wasn't like they were hitting a ton of mistakes. They knew what they wanted and executed and put a good swing on it."

The right-hander was charged with four runs — three earned — seven hits and two walks while striking out six over 4 1/3 innings.

"He competed really well, he went after it," Cardinals manager Mike Shildt said. "I really appreciate the way he dealt with adversity. He went right back at it. So, it's a really good trait. Dakota's going to be more than fine."

Milwaukee right-hander Brandon Woodruff (1-0) held St. Louis to two runs and struck out five over five innings. The Brewers' bullpen took over from there with four scoreless innings, capped by Hader's perfect ninth — nine pitches, all fastballs, for three strikeouts.

Center fielder Tyler O'Neill was the only player to make contact. He fouled off Hader's first offering before coming up empty on the next two pitches. Hader drew three straight swings and misses from Dexter Fowler and two more after pinch-hitter Yario Munoz looked at strike one.

"It's as good an inning as you can have," Counsell said. "You can't have a better inning than that. He's had a great start to the season."

Including his two-inning, four-strikeout performance on opening day, Hader has thrown 30 pitches, all of them fastballs.

"The way we look at it is, why change something or why try to fix something that's not broken?" Hader said. "We were just trying to attack the zone and continue to read the swings and what we see. That was one of the big things, continuing to attack with our strengths."

Yelich is the 35th MLB player and first Brewer to homer in three straight games to start a season.

Cardinals second baseman Kolten Wong recorded his second multihit game Saturday, going 2 for 3 with a double. Through three games, Wong is 6 for 10 with a walk, two home runs and four RBIs.

Cardinals: OF Harrison Bader got a day off after going 2 for 8 with a home run through the first two games of the season. With Bader out, Tyler O'Neill made his first start of the season.

Brewers: OF Ryan Braun was left out of the starting lineup but appeared as a pinch-hitter, flying out to left in the sixth.