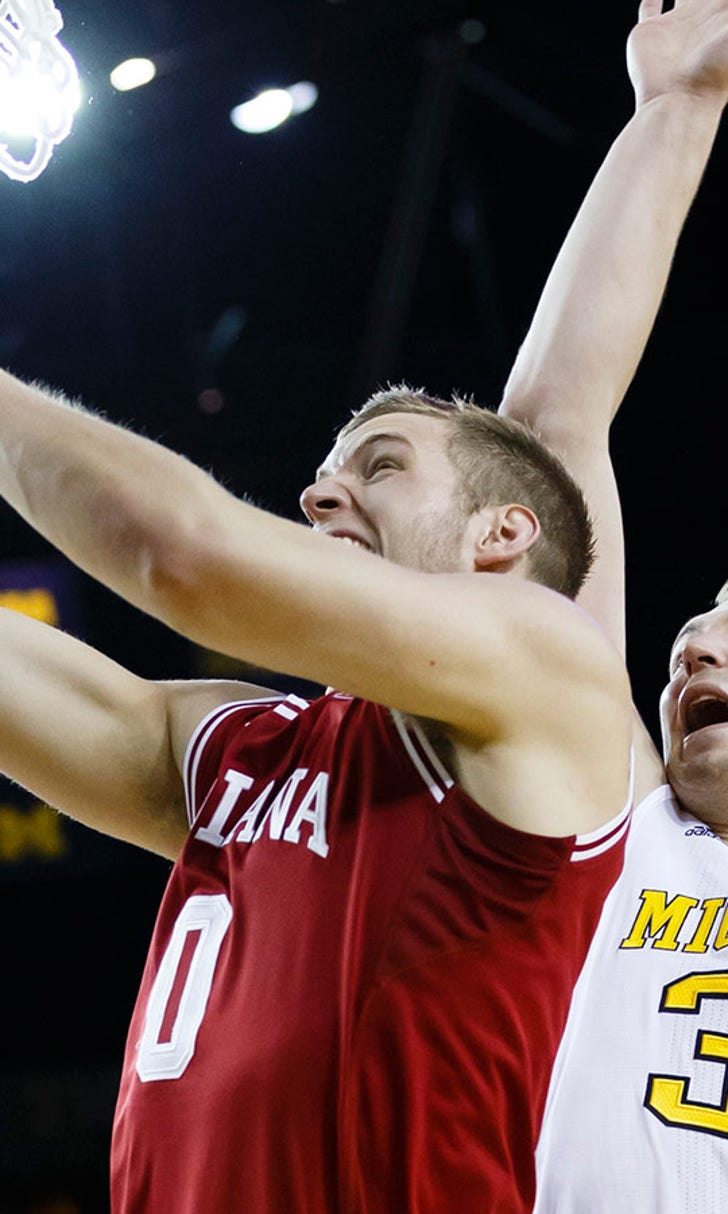 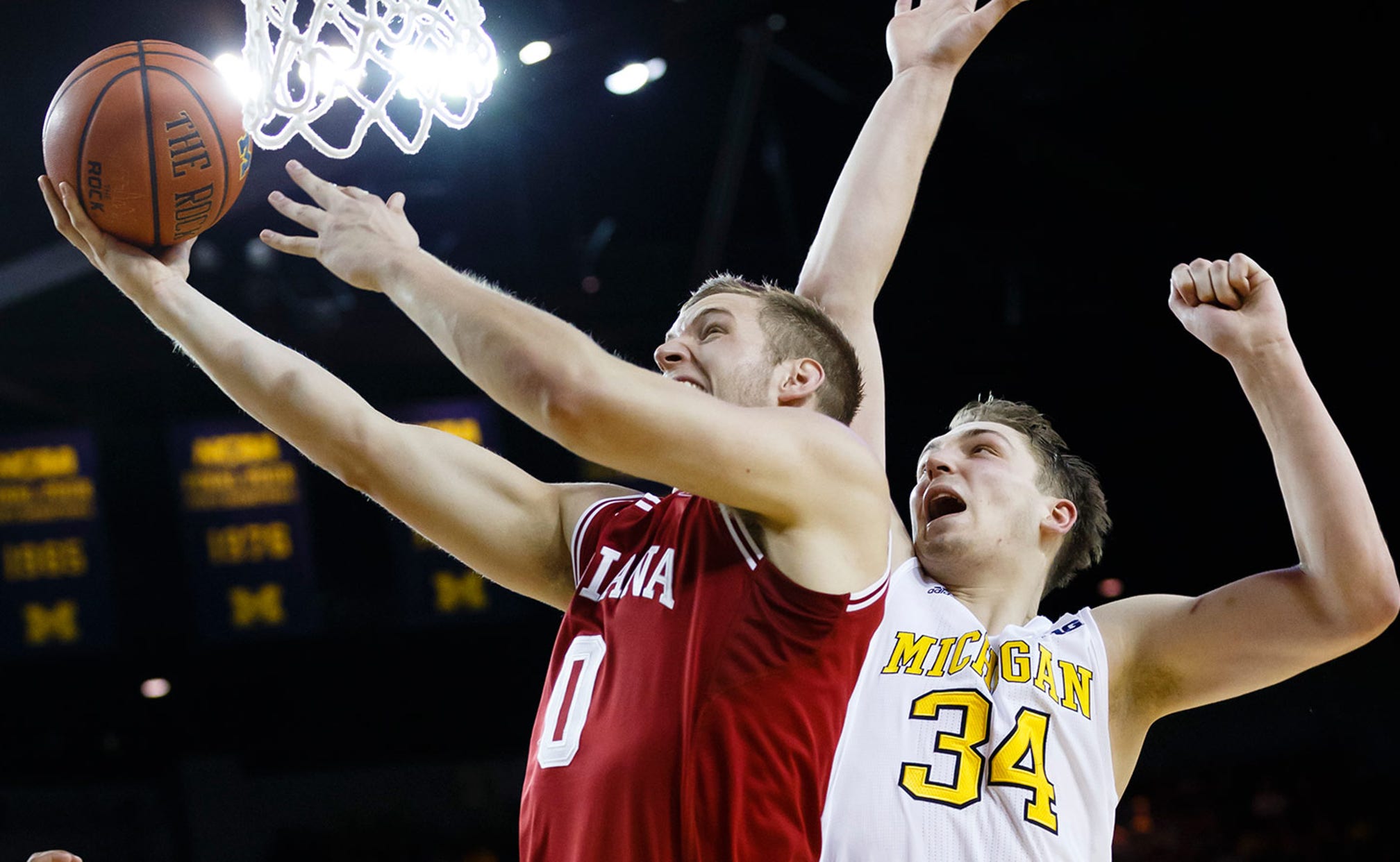 Hoosiers must deal with Nittany Lions before next week's tough slate 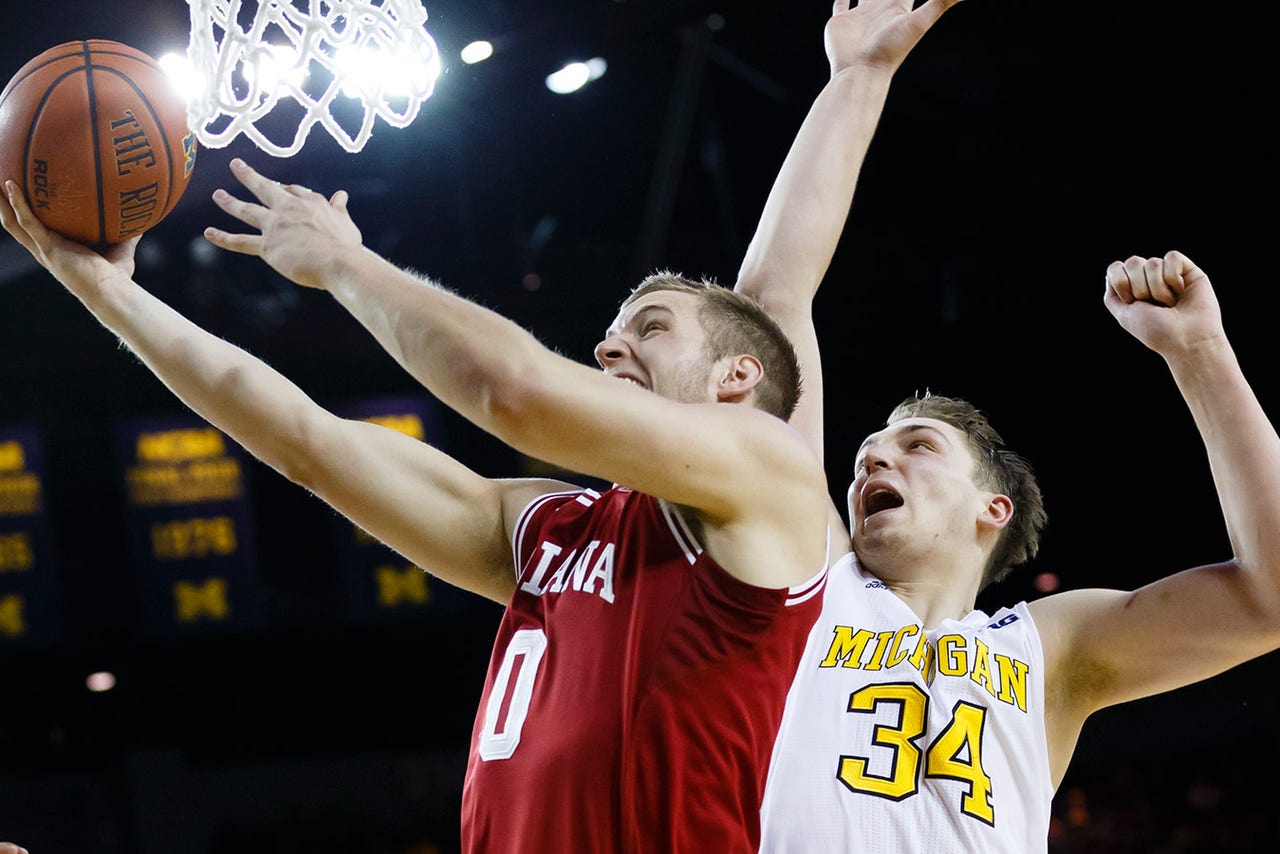 Indiana finally got the laugher on the road in Big Ten play that had eluded it through its first four such games. Another couldn't hurt heading into possibly its toughest two-game stretch of the conference slate.

After Saturday night's contest at Penn State, the 22nd-ranked Hoosiers host No. 5 Iowa and play at 10th-ranked Michigan State next week in contests that figure to go a long way toward determining their chances at a regular-season title.

"They take every day for what it is, which is the most important day," coach Tom Crean told the school's official website. "And to get young people to do that -- it's hard, but they do it. So it's really quite easy because they are the ones that are locked in to getting better."

Indiana's three previous Big Ten road victories came by 24 points, and the Hoosiers lost 82-79 in overtime at Wisconsin on Jan. 26. The Badgers are the only team over .500 in the league among the Hoosiers' road opponents thus far.

Between that game and the win over the Wolverines was Saturday's 74-68 home victory over Minnesota, in which top scorer Yogi Ferrell was limited to 13 points and 2-of-9 shooting. The senior bounced back with 17 points on 6 of 10 against Michigan, and he's been particularly impressive on the road.

It now seems the rest of the team might be on board with such efforts.

"Especially since we're on the road, this is a good win for us to kind of get things going," forward Max Bielfeldt said. "The great thing is, we've gotten better. With the games we've got coming up against teams at the top of the conference now, this is a great game to get our confidence up."

Even if the Hoosiers were lacking that, the Nittany Lions (11-12, 2-8) probably don't instill much fear. Penn State has lost its last 11 games against Top 25 opponents, with the most recent three this season coming by an average of 22.7 to Iowa, Purdue and Michigan State.

However, its last three matchups with Indiana have been decided by seven total points with the Hoosiers winning twice, the most recent a 76-73 Indiana home victory on Jan. 13, 2015. That's due in part to Ferrell mostly struggling against the Nittany Lions, averaging 10.8 points and 37.0 percent shooting in five career games.

Indiana, though, has won the last four matchups at Penn State.

After Wednesday's 73-49 loss to No. 5 Iowa, Penn State finds itself looking for offensive answers. The Nittany Lions have lost four in a row, averaging 56.8 points and 35.7 percent shooting, numbers that probably won't do against an Indiana team that has scored fewer than 70 only twice and is hitting 51.6 percent -- second in the country.

"We just didn't make any layups," coach Pat Chambers said on his radio show. "... On the offensive end for us, I thought we did some good things, (but) they're not comfortable."

Penn State top scorer Brandon Taylor hasn't strayed far from his season averages during the slide and has recorded back-to-back double-doubles, but No. 2 scorer Shep Garner has been held to 10.4 points -- more than three below his average -- and 29.6 percent in his last five games.

Indiana Stuns Penn State Amid Controversy
Did he make it? Should it have been overturned? Twitter had plenty to say about the controversial victory vs. Penn State.
57 mins ago

Big Ten's return highlights Super 6 slate
The Big Ten is back! Half of the games in this week's Super 6 come from the conference, including Nebraska visiting Columbus.
2 days ago
those were the latest stories
Want to see more?
View All Stories
Fox Sports™ and © 2020 Fox Media LLC and Fox Sports Interactive Media, LLC. All rights reserved. Use of this website (including any and all parts and components) constitutes your acceptance of these Terms of Use and Updated Privacy Policy. Advertising Choices. Do Not Sell my Personal Info