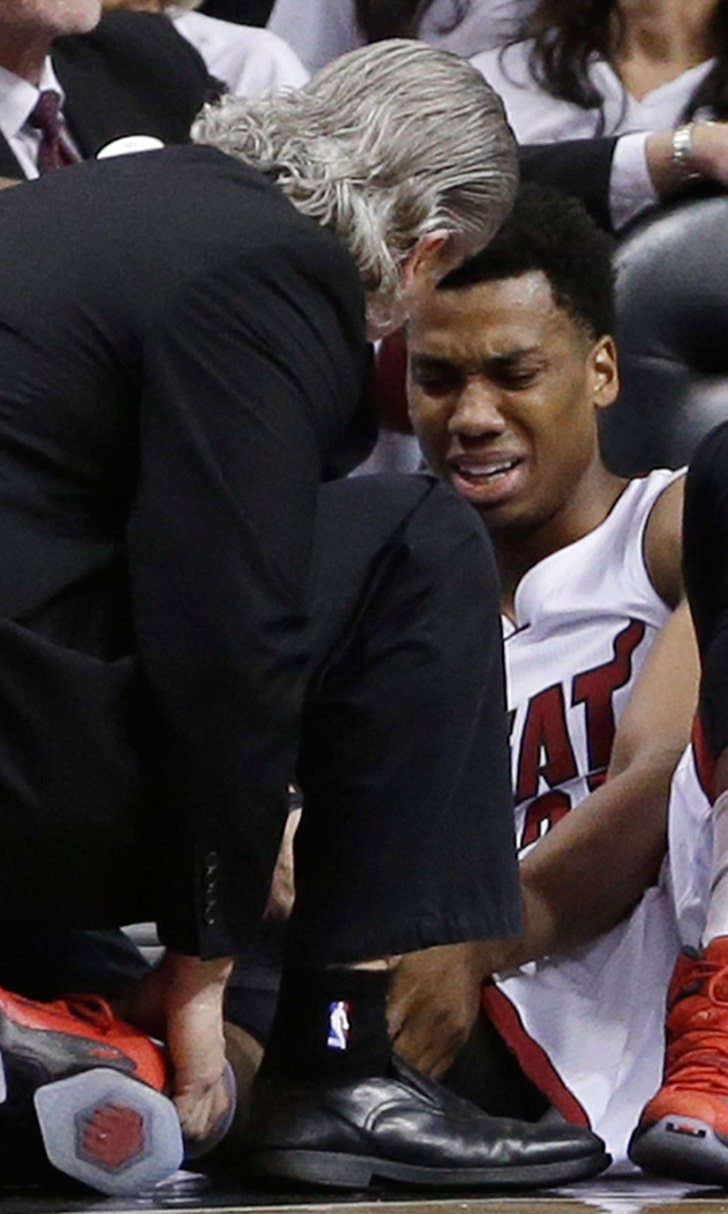 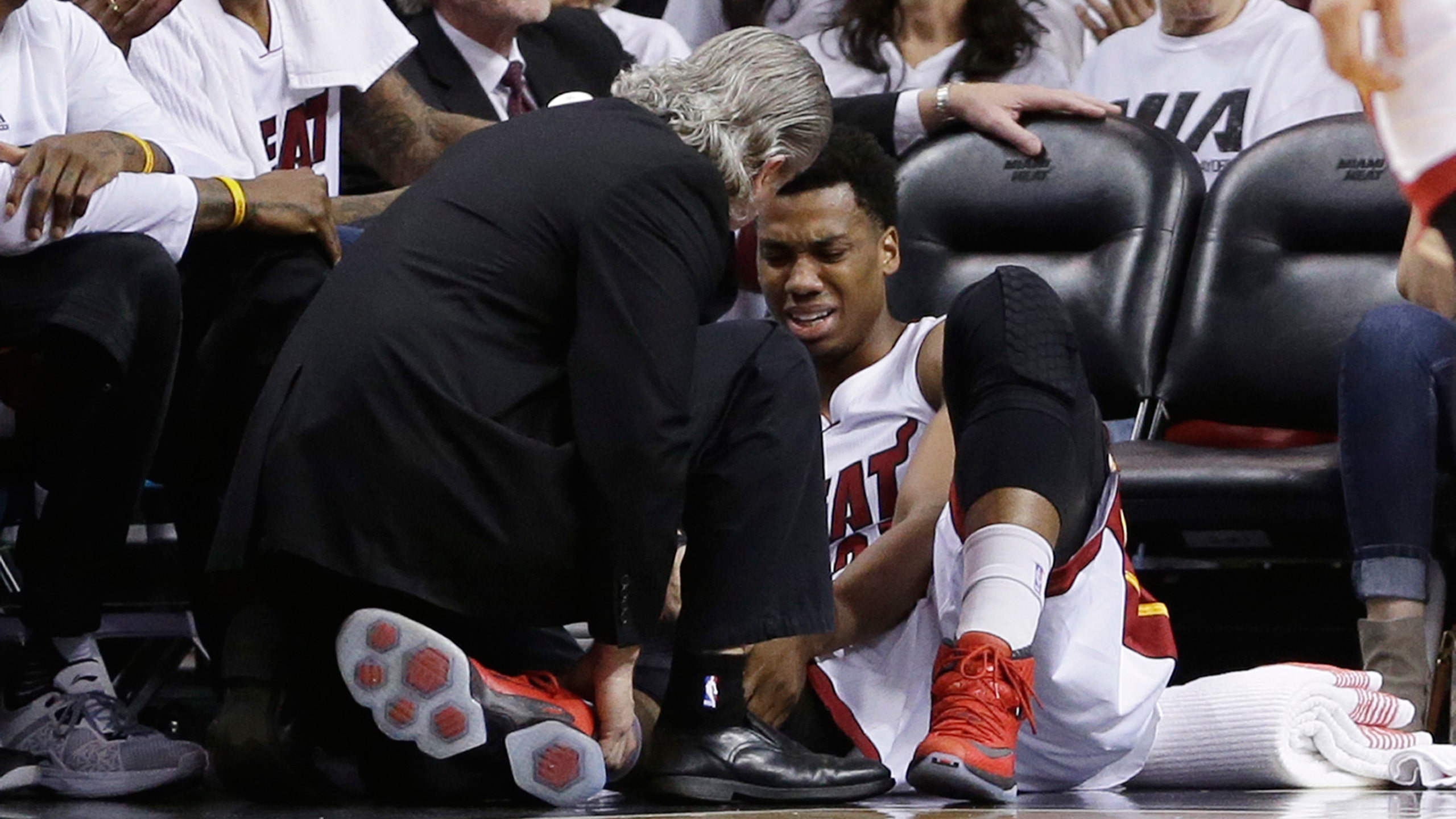 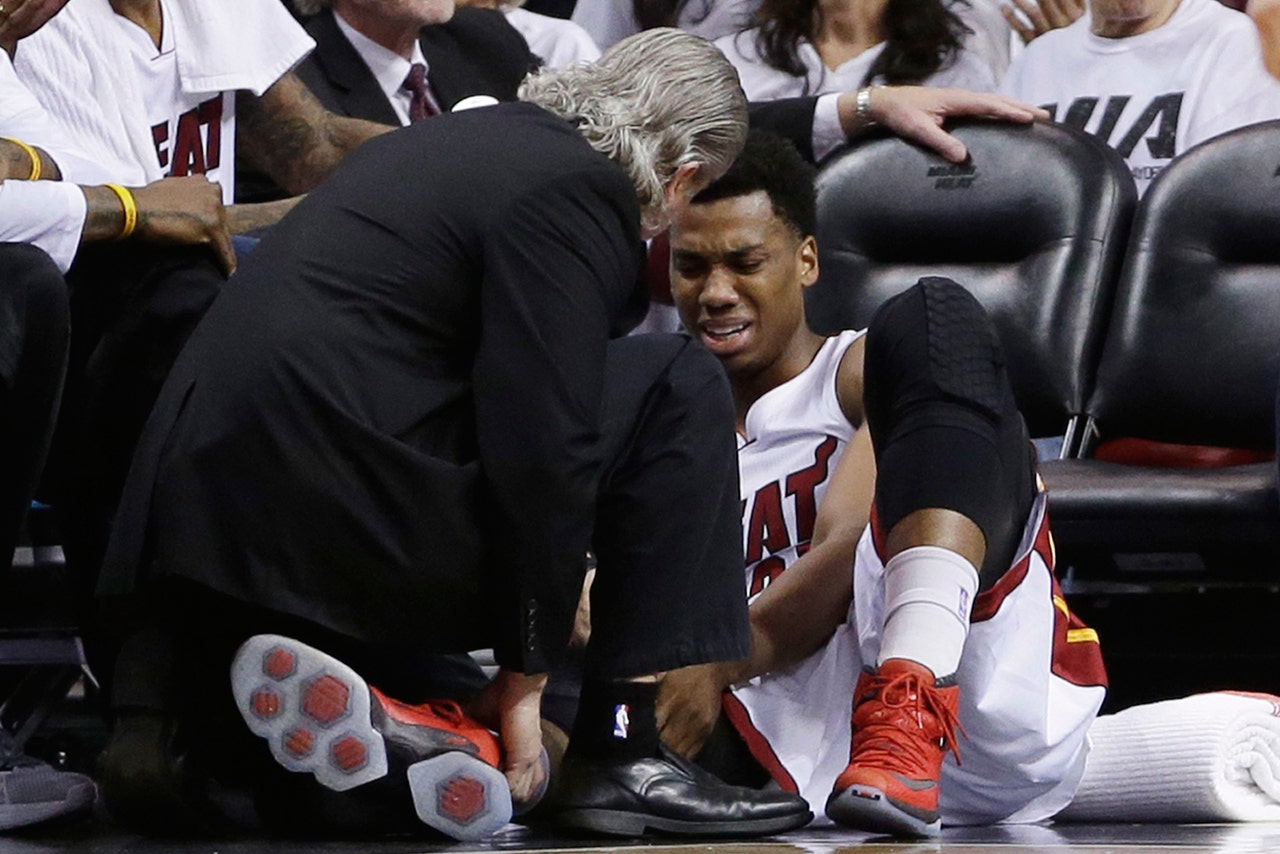 MIAMI (AP) -- Miami Heat center Hassan Whiteside left Saturday's Game 3 of the Eastern Conference semifinals against the Toronto Raptors in the second quarter with a right knee injury, and Toronto lost center Jonas Valanciunas in the third quarter with a sprained right ankle.

The Heat quickly said Whiteside -- the NBA's leading shot-blocker this season -- wouldn't return, though there was no immediate word on the severity of the injury. X-rays were negative and more tests were expected.

Whiteside started falling back awkwardly as he tried to get position for a rebound, then it appeared his knee collided with Toronto's Cory Joseph and Heat teammate Luol Deng as he went down. He was tended to near the bench by Heat athletic trainer Jay Sabol, then limped into the locker room for further evaluation.

Whiteside had six points on 2 for 2 shooting in eight minutes Saturday. He came in averaging 12.7 points and 12.1 rebounds in the playoffs.

Valanciunas fell on the other end with 8:53 left in the third, then was diagnosed with the ankle sprain. The Raptors said X-rays weren't immediately necessary. Valanciunas finished with 16 points and 12 rebounds in 22 minutes.

Game 4 of the series is Monday in Miami.