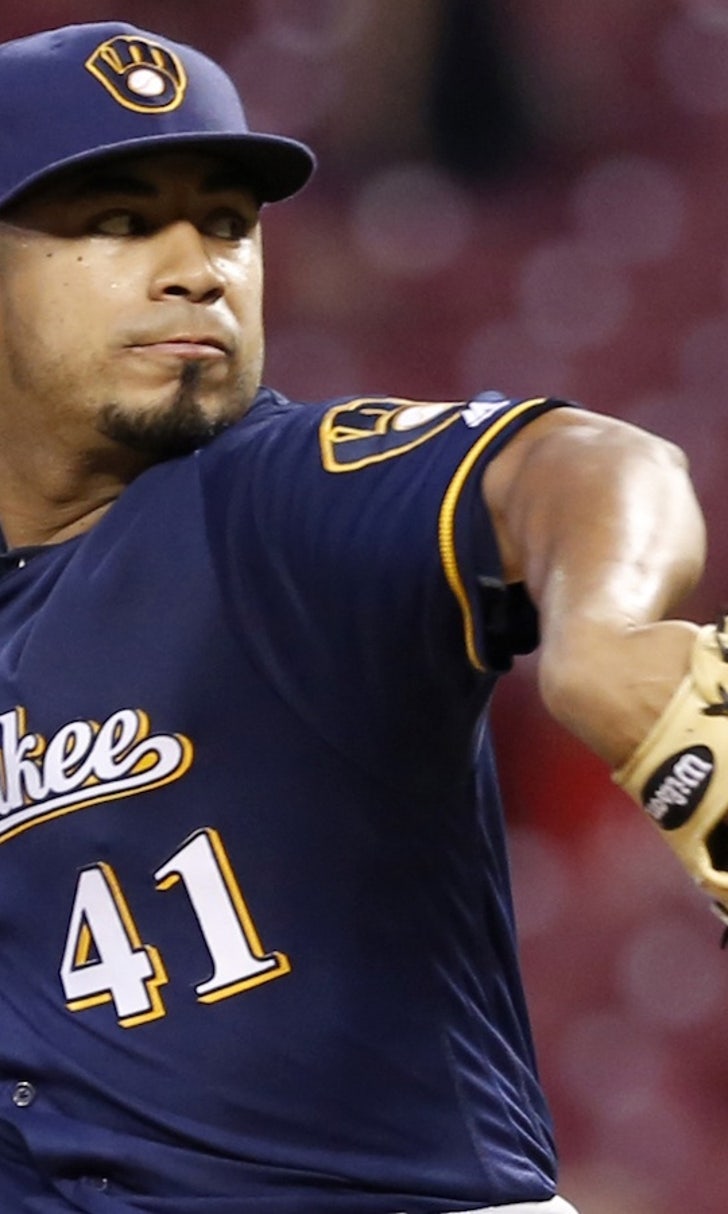 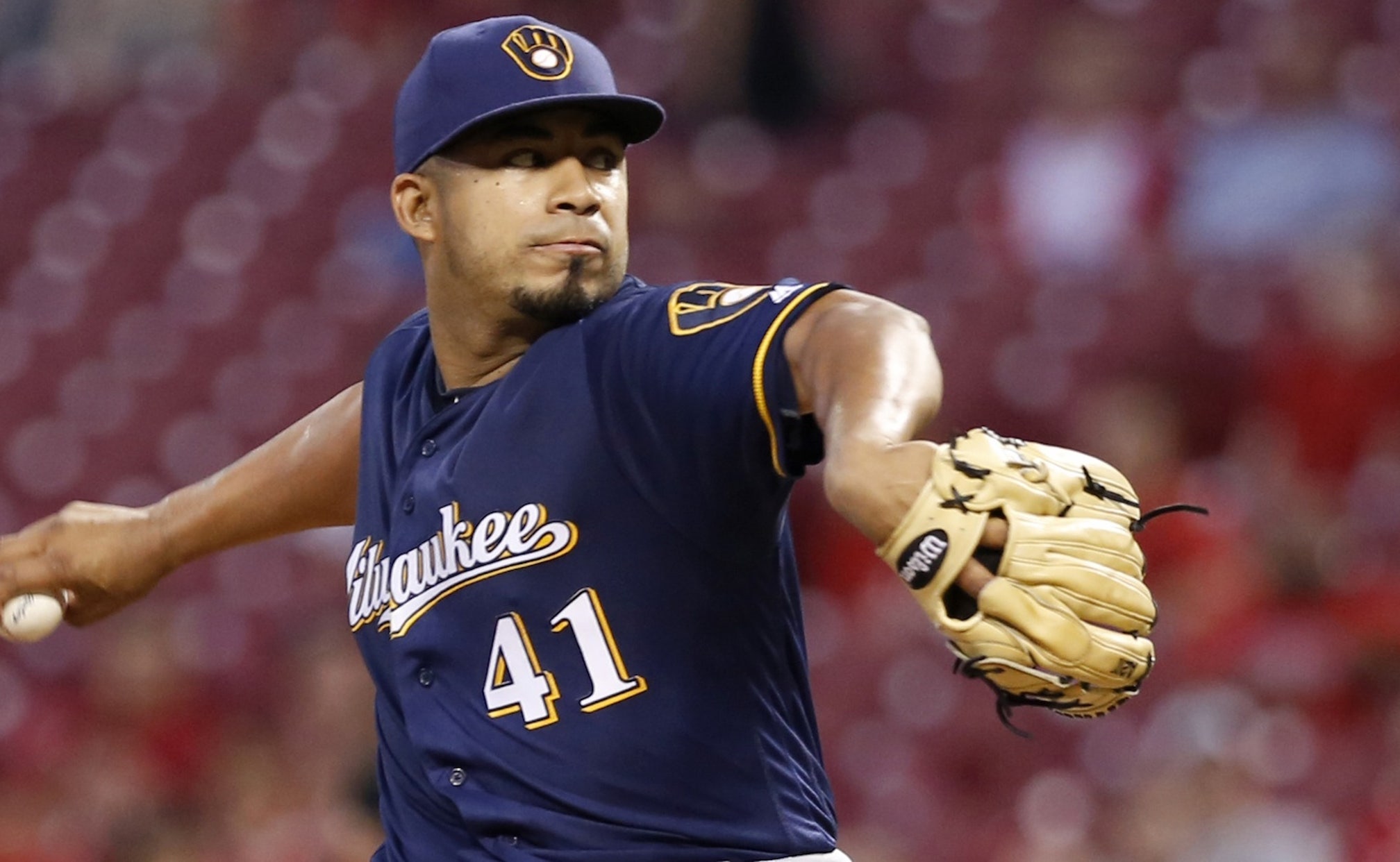 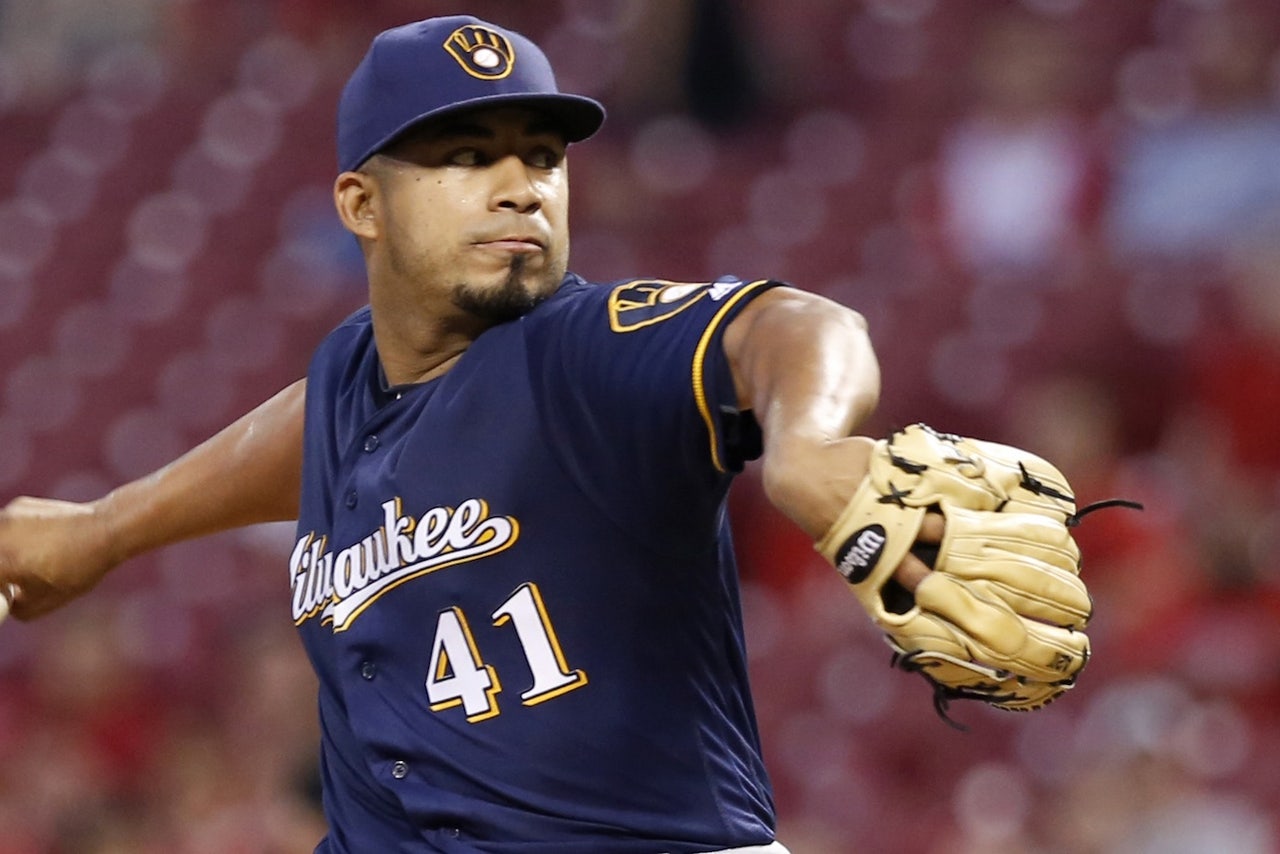 Manny Pina drove in two runs and Chris Carter scored all three times he walked to help Milwaukee make the most of six hits and six walks to snap Cincinnati's five-game winning streak, a run that matched the Reds' season high.

The shutout was the second of the series between the NL Central rivals. Cincinnati won 3-0 on Monday.

Guerra (9-3), in his third start since coming off the disabled list with right elbow inflammation, allowed just one baserunner past second base - Jose Peraza on a one-out triple in the third inning. Guerra bounced back to strike out Tyler Holt and get Joey Votto to ground out to first baseman Chris Carter.

Carter and Gennett drew back-to-back walks to start the second inning and Santana singled to load the bases with nobody out against Tim Adleman (2-4). Carter and Gennett scored on Pina's bases-loaded soft single to left field.

Adleman walked Carter with two outs in the third inning and had two strikes on Gennett before the second unloaded his 12th homer of the season into the first row of the right field seats.

Santana broke the game open with a two-out three-run shot in eighth off Ross Ohlendorf, Santana's eighth of the season.

Adleman allowed three hits and four runs with three walks and four strikeouts in five innings to slip to 0-3 over his last four starts.

Brewers: SS Orlando Arcia and CF Keon Broxton collided in short left-center field trying to track down Peraza's bloop single. LF Braun scooped up the ball and threw Peraza out trying to stretch the single into a double. Arcia and Broxton stayed in the game.

Reds: 3B Eugenio Suarez was hit by a pitch in the left elbow leading off the second inning. He stayed in the game.

Brewers: Milwaukee's 11-game trip continues Thursday with the first of four against the Cubs in Chicago. RHP Jimmy Nelson (7-14) is 0-6 with a 3.59 ERA in 11 career games against Chicago.

Reds: After taking Thursday off, Cincinnati opens a four-game series against Pittsburgh that includes a day-night doubleheader on Saturday. RHP Robert Stephenson (2-1) will start the opener for the Reds.