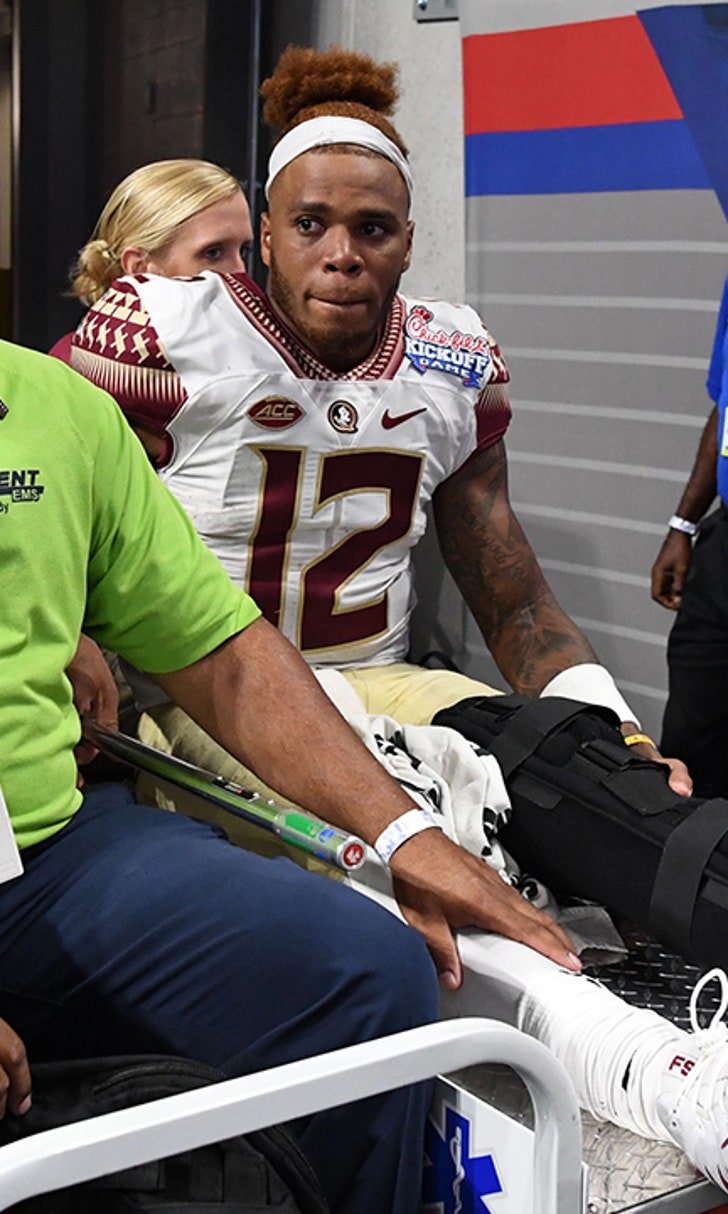 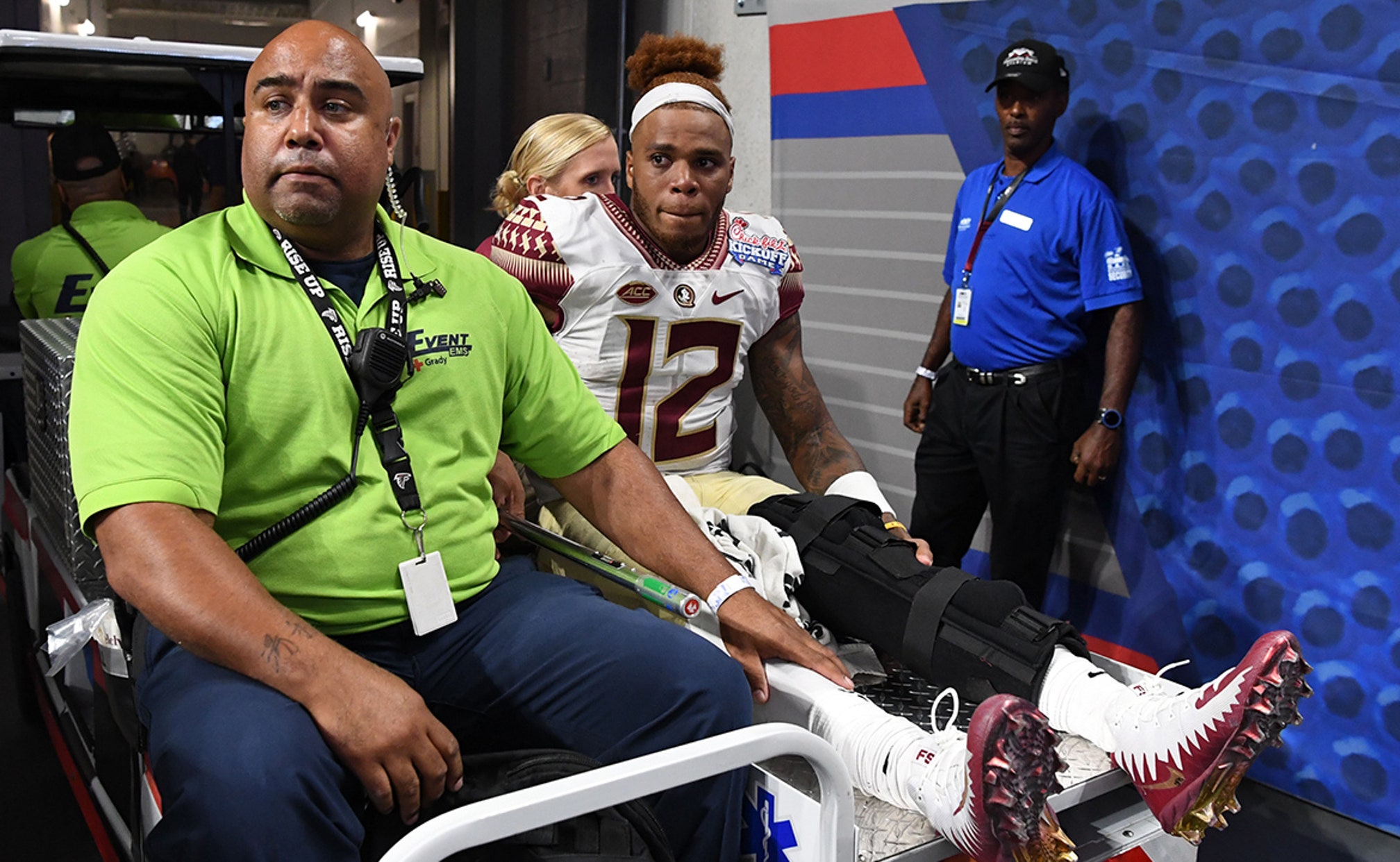 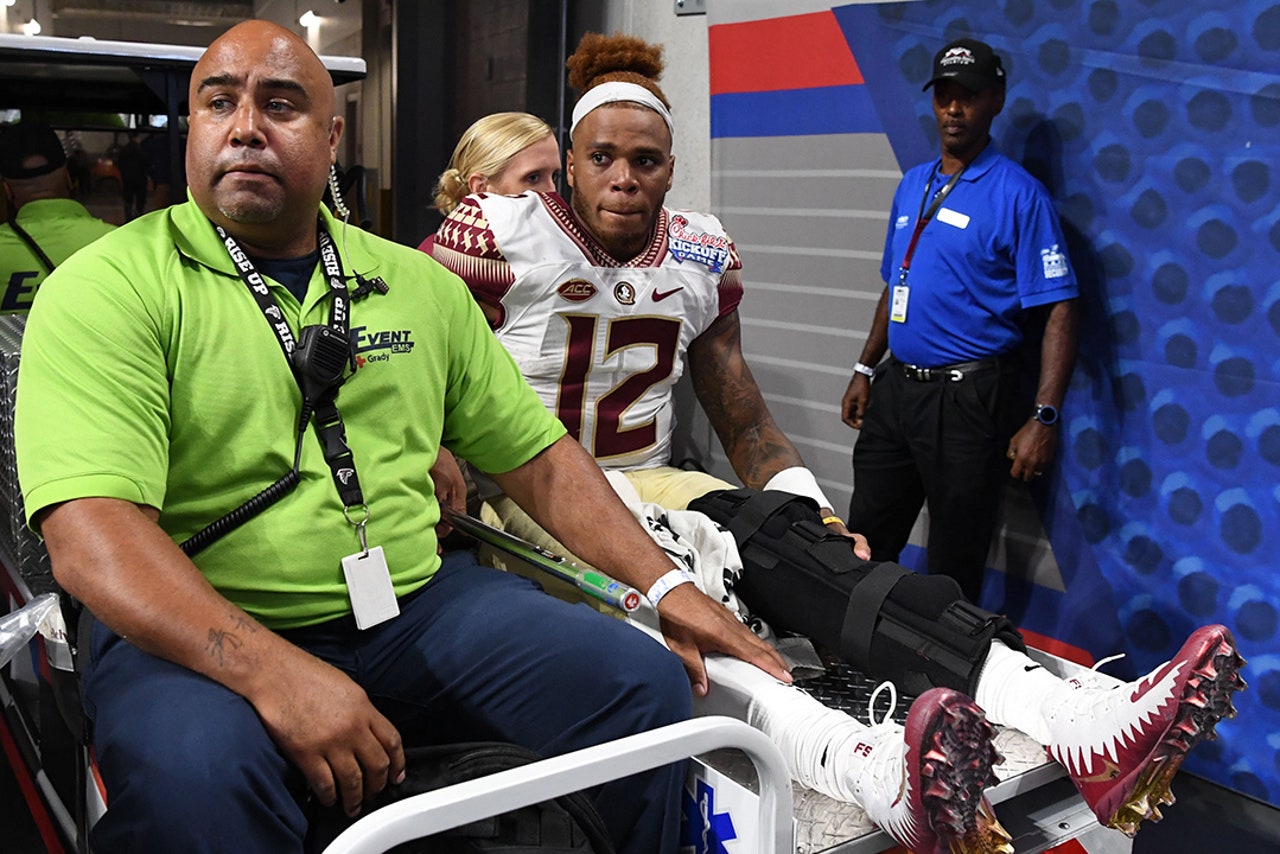 Florida State slipped all the way to the No. 10 in The Associated Press college football poll after losing to Alabama and losing quarterback Deondre Francois to a season-ending injury.

The Crimson Tide is No. 1 again, securing 60 of 61 first-place votes in the first Top 25 of the regular season. Ohio State remained No. 2 in the media poll and received the other first-place vote. Defending champion Clemson moved up to No. 3 on Tuesday. Penn State is No. 4 and Oklahoma moved up to No. 5, meaning for the second straight week there will be a top-five matchup. The Sooners play at Ohio State on Saturday.

Florida State was No. 3 in the preseason poll and lost an opening-week showdown with Alabama, 24-7. Francois went down with a knee injury late in the game.

The Seminoles will turn to freshman quarterback James Blackman to start. Florida State hosts Louisiana-Monroe this week, but the stiffer tests are coming soon. No. 16 Miami visits Tallahassee on Sept. 16.

Many AP voters said that Florida State they would not have dropped as far on their ballots had Francois not been injured. ESPN's Rece Davis said he would have had the Seminoles no lower than No. 3 without the injury to Francois.

"I have them at a shaky seven now solely because their defense is filthy," Davis said.

Pat Dooley of the Gainesville Sun said he would have likely had dropped Florida State to fifth or sixth this week without the Francois injury. Instead, Dooley has the 'Noles ninth.

"That's a different team without him," he said.

Jason Galloway of the Wisconsin State Journal dropped Florida State four spots to seventh on his ballot this week and said the Francois injury was not a factor.

"I'll allow FSU's play on the field to drop them rather than simply assuming they'll be worse without him," he said.

Southern California slipped two spots to No. 6 after playing a tighter-than-expected game against Western Michigan. Washington is No. 7 and Michigan moved up 11 spots to No. 8 after it beat Florida. The Gators dropped five spots to No. 22

No. 9 Wisconsin and Florida State round out the top 10.

-- Notre Dame moved into the rankings at No. 24 after beating Temple 49-17 in the opener. Notre Dame was third among the other teams receiving votes in the preseason rankings.

-- West Virginia slipped out of the rankings after losing a heartbreaker to Virginia Tech to open the season.

-- Texas, which started the season No. 23, not only fell out of the rankings after getting beaten at home by Maryland but the Longhorns did not receive a single vote.

The Big Ten has four top-10 teams, just as it did at the end of last season and four times overall in 2016.

The Buckeyes beat the Sooners going away in Norman last season, and it was a major factor in getting them into the College Football Playoff. The return match is an opportunity for Oklahoma to boost not only its resume but the Big 12's credibility.

New Clemson quarterback Kelly Bryant had a stress-free debut against Kent State. Facing the Tigers' defense will be anything but stress free.

Pivotal early season game to determine what type of rebound season this could be for the Irish.