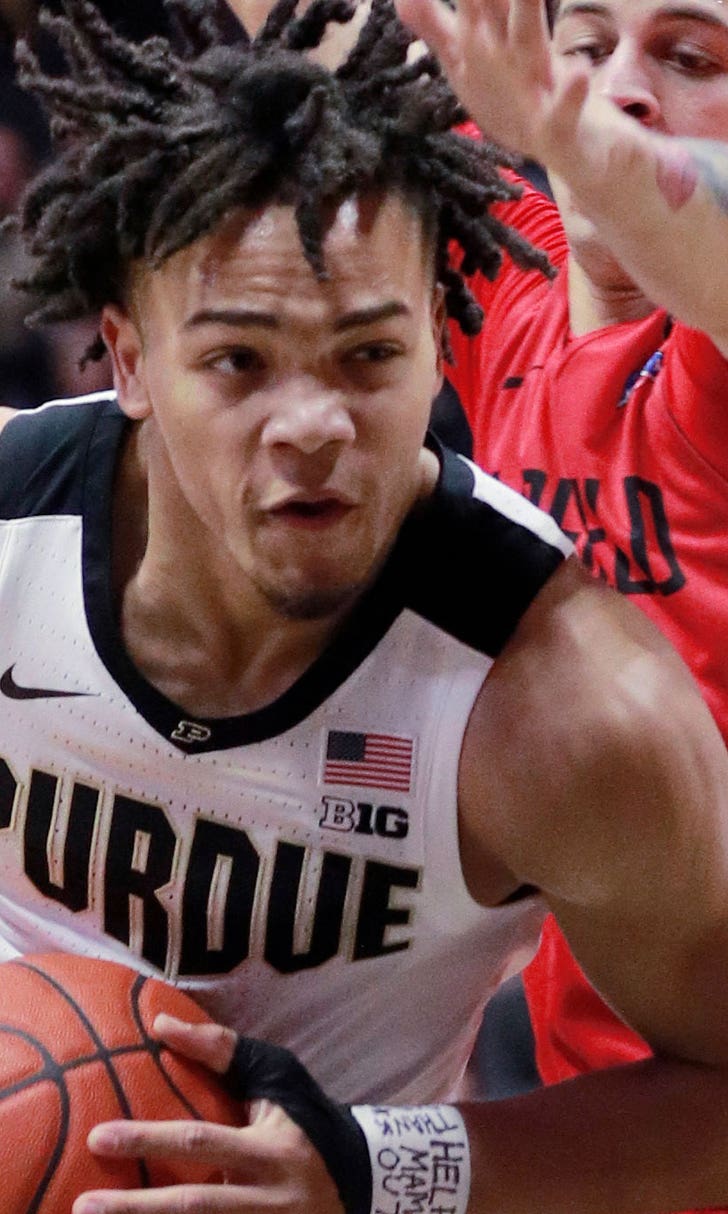 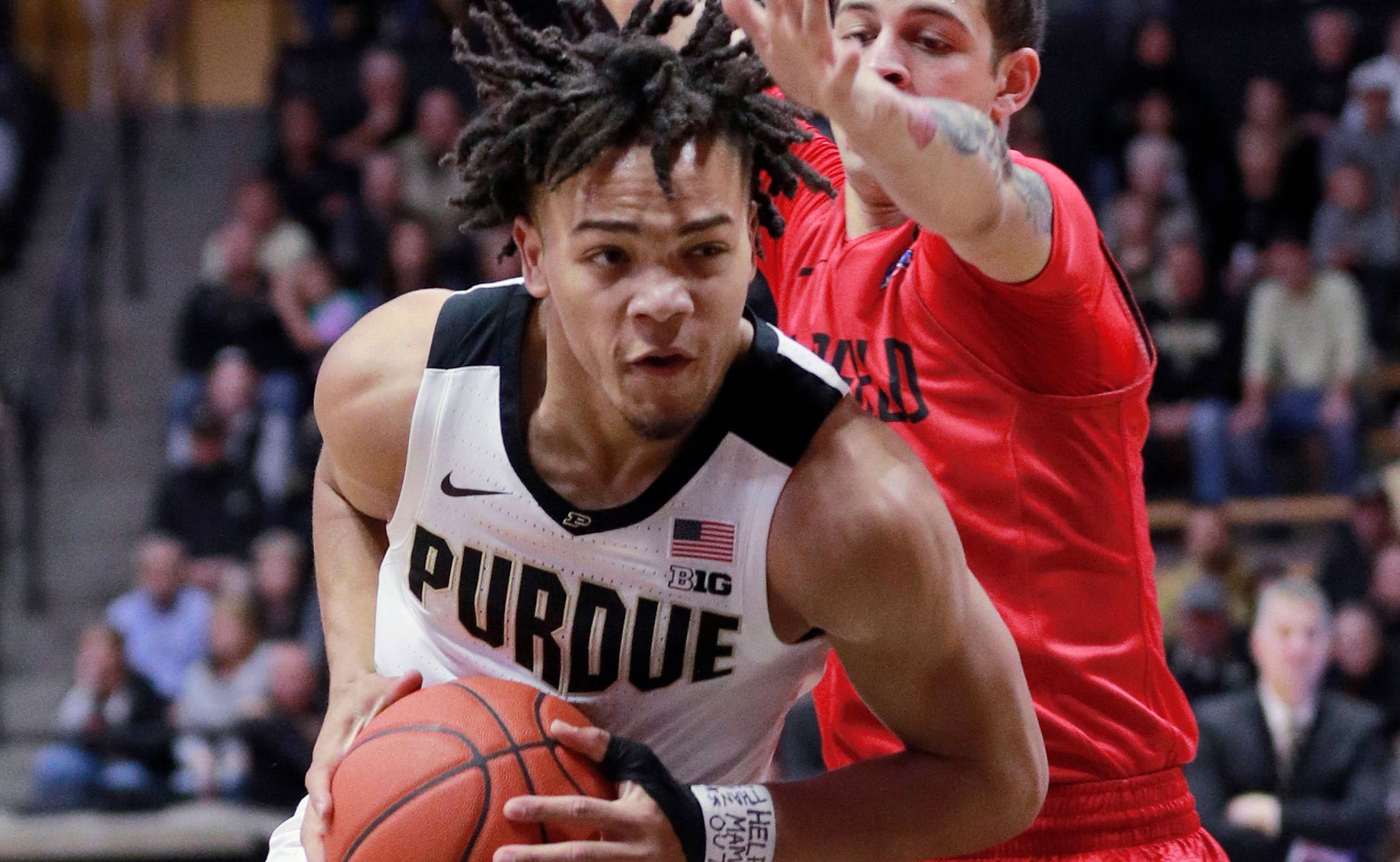 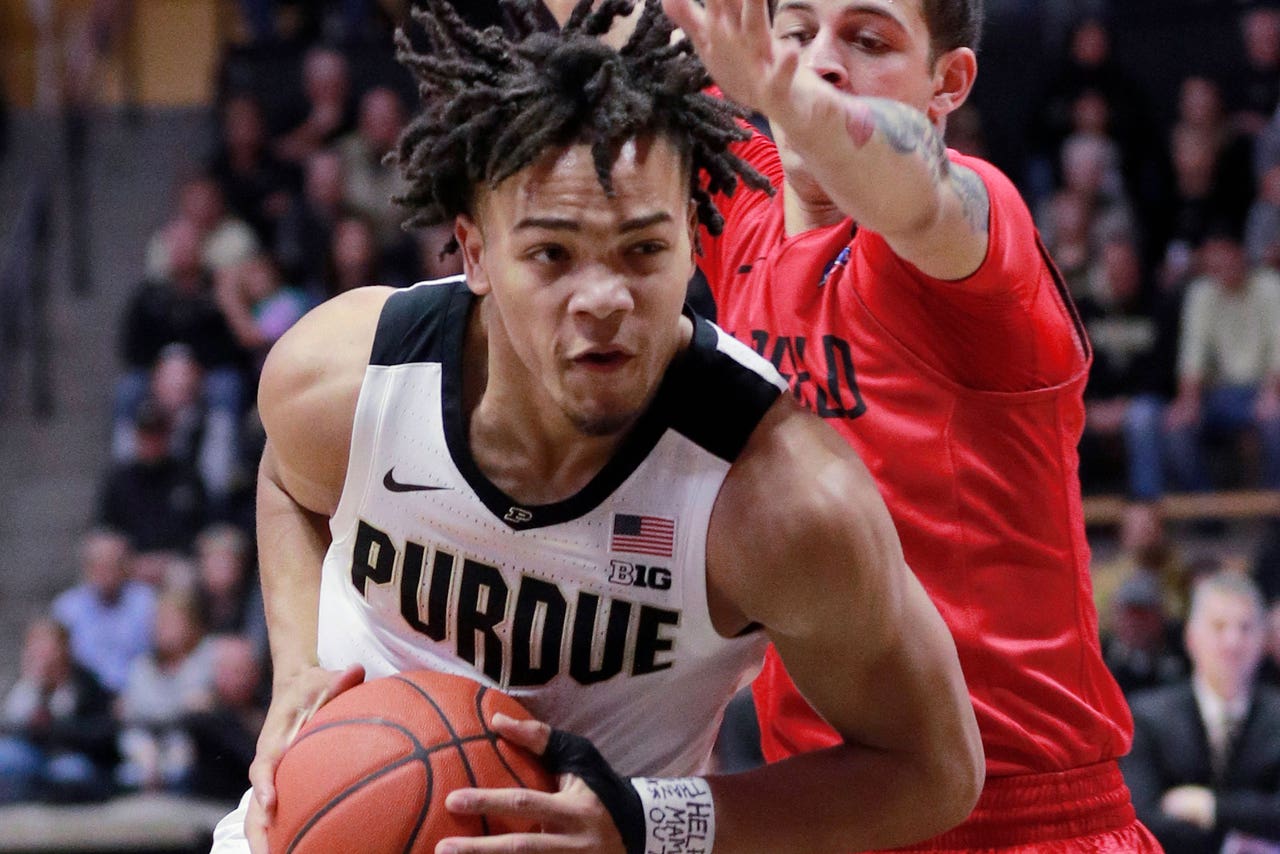 WEST LAFAYETTE, Ind.  — Purdue's only returning starter made sure the 24th-ranked Boilermakers had no trouble winning their season opener.

Purdue (1-0) made just one of its first seven shots but ended up shooting 54 percent from the field. The Boilermakers shot 14 of 30 from 3-point range and made eight 3-pointers in the first half.

The Boilermakers went on separate 14-0 and 7-0 runs in the first half and built a comfortable 17-point halftime edge. They consistently shut down Fairfield on defense and coasted to their first victory of the year.

"The main important thing is just doing my job, doing the things he (head coach Matt Painter) tells me to do," Edwards said. "We have skill guys around me that can shoot the ball and can get to the rim and get baskets. I'm just going to continue doing my job."

Edwards' ability to draw the defense's attention also opened things up for Purdue's other shooters. Ryan Cline shot 3 of 6 from beyond the arc and finished with 13 points and eight assists.

Forward Grady Eifert made his third career start and led the Boilermakers on the boards with 10 rebounds. Purdue outrebounded Fairfield by a 40-25 margin.

Fairfield was able to get traction inside the paint against Matt Haarms in the second half. Haarms was called for his second, third and fourth fouls after halftime. He played just 17 minutes despite starting the game.

Fairfield was led by Neftali Alvarez with 16 points and Jonathan Kasibabu with 14.

Purdue: The Boilermakers lost four seniors who had started a combined 154 games, but with Edwards leading the way, they should have no trouble scoring.

Fairfield: The Stags lost their top scorers from last year and will need to find more production from their bench unit as they continue nonconference play.

Fairfield will travel to Lewisburg, Pennsylvania to take on Bucknell on Saturday.

Metro Atlantic Athletic
share story
those were the latest stories
Want to see more?
View All Stories
Fox Sports™ and © 2020 Fox Media LLC and Fox Sports Interactive Media, LLC. All rights reserved. Use of this website (including any and all parts and components) constitutes your acceptance of these Terms of Use and Updated Privacy Policy. Advertising Choices. Do Not Sell my Personal Info