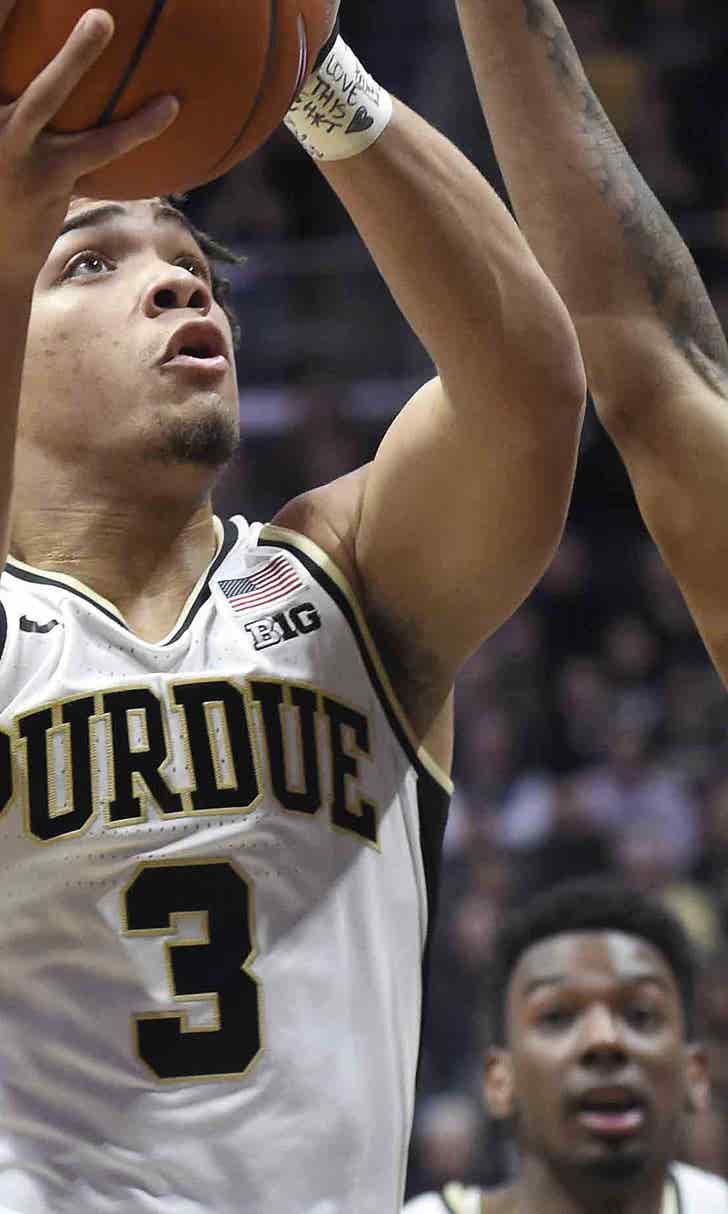 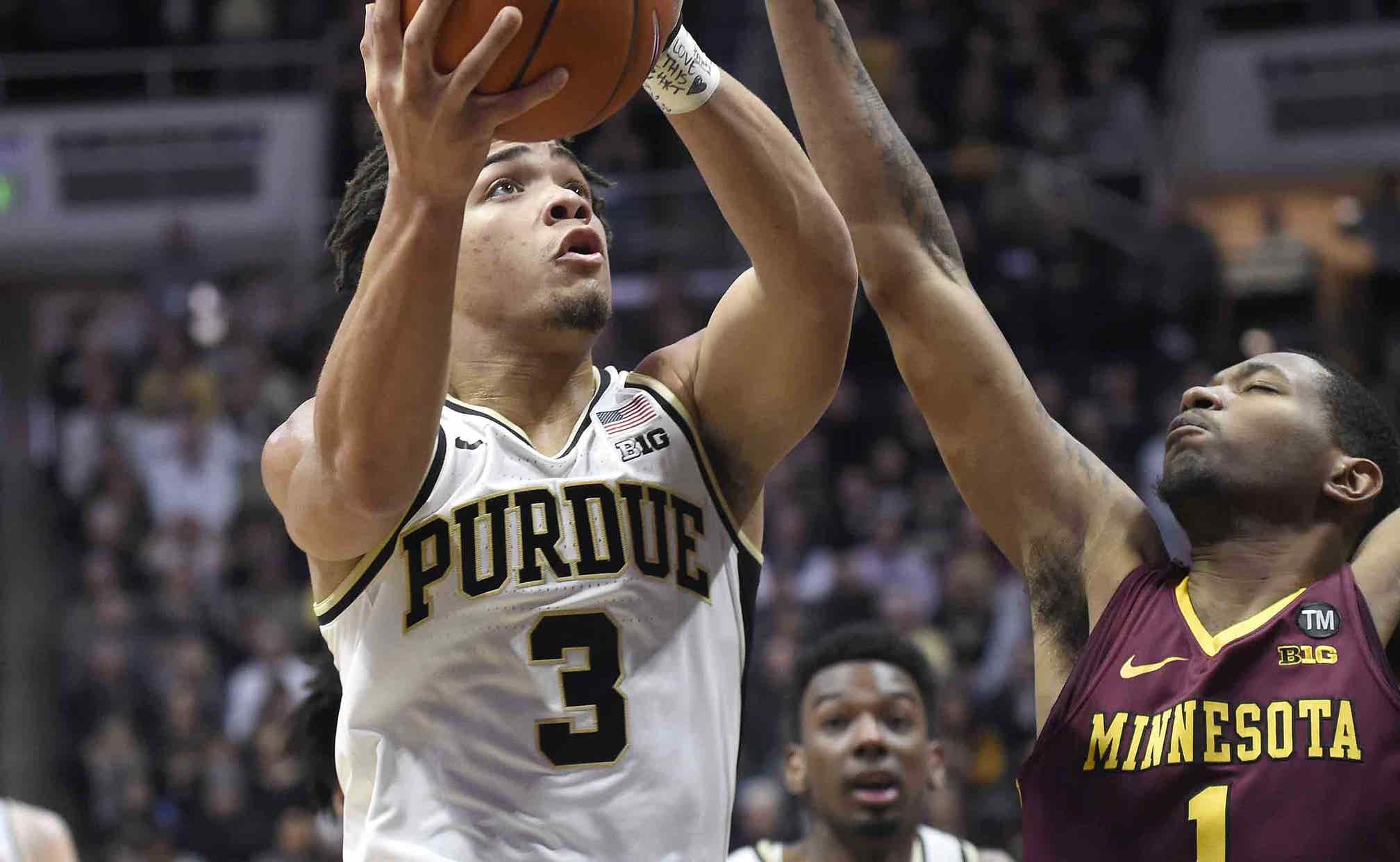 Edwards' big second half lifts No. 17 Purdue to 73-63 win over Minnesota 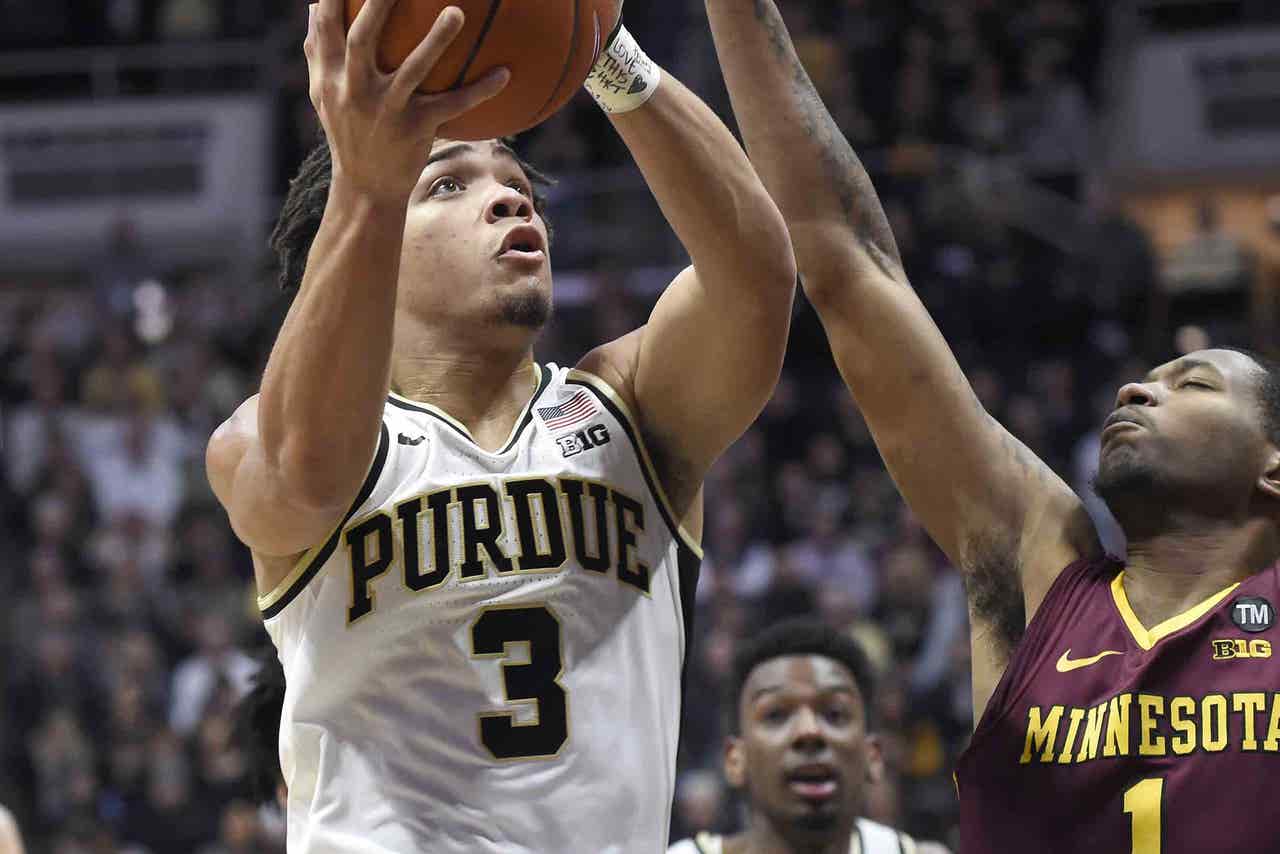 The Purdue guard scored 15 of his 17 points in the second half to lead the No. 17 Boilermakers to a 73-63 victory over Minnesota on Sunday.

"Carsen needed the ball to go in, he needed to feel better about himself," Purdue coach Matt Painter said. "He's a guy that can score in a variety of ways, but still when you struggle, you still need something to get you going. His ability to get aggressive, make a pullup, get to the rim, get fouled, make some plays at the rim, make a layup, really gave him confidence. And I think it gave our team confidence, too."

Trevion Williams added 16 points and Matt Haarms had 15 points, eight rebounds and five blocked shots for the Boilermakers (16-6, 9-2 Big Ten), who moved into a three-way tie with Michigan and Michigan State for the Big Ten lead.

Amir Coffey scored 22 points, Daniel Oturu had 19 points and nine rebounds off the bench, and Jordan Murphy contributed 10 points and 10 rebounds for the Golden Gophers (16-6, 6-5).

The Boilermakers scored 13 straight to tie the game midway through the second half. Harms scored on a layup following an offensive rebound from his own missed 3-pointer to tie it at 47 with 9:50 to play.

It was part of a big 21-2 run in which the Boilermakers recovered after appearing to fall apart in an uncharacteristic stretch late in the first half and early part of the second.

Purdue jumped out to an 8-0 lead to start the game and led most of the first half until a late 10-2 run by Minnesota. Coffey dunked with 1:10 remaining in the half to give the Golden Gophers a 28-27 halftime lead.

Then Purdue went on its big run. Edwards scored 11 points to lead the Boilermakers' rally after a quiet first half. Ryan Cline, who finished with 11 points, made back-to-back 3-pointers to give Purdue a 55-49 lead with 8:02 to play.

"Clearly with this team, Edwards and Cline are a big, big part of what they do," Minnesota coach Richard Pitino said. "They make timely shots."

The Boilermakers led by as many as 12 after Nojel Eastern's free throw with 21 seconds left.

Purdue was just 1 of 13 from 3-point range in the first half and 5 of 24 for the game. Going into the game against Minnesota, the Boilermakers led the Big Ten averaging 10.9 made 3-pointers a game. In the previous six games, they shot 46.2 percent from 3.

Haarms made back-to-back blocks seconds apart in the second half and still found time to celebrate in between. He first blocked a layup attempt by Isaiah Washington, pumped both arms in celebration and then blocked an attempt by Murphy, knocking the ball to midcourt, where Edwards picked it up and scored a fast-break layup to put the Boilermakers within two, 47-45.

Minnesota: The Golden Gophers let this one slip away. Still, taking the lead just before halftime and going ahead by 13 after the break is a good sign in the middle of a stretch against ranked opponents, including Wisconsin and Michigan State.

Purdue: The Boilermakers looked like they were going to let the game slip away after Minnesota's push early in the second half. Purdue struggled to make up for Edwards' poor shooting in the first half. He was just 1 of 9 from the field.

Minnesota: Hosts No. 24 Wisconsin on Wednesday.