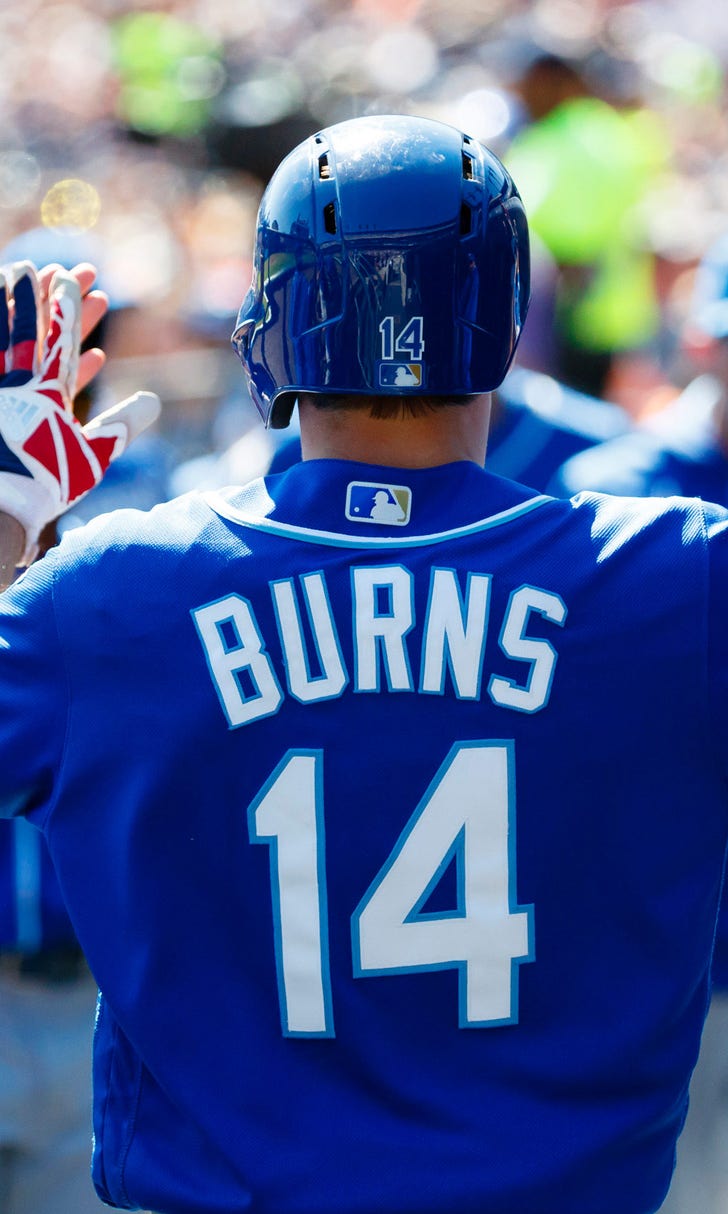 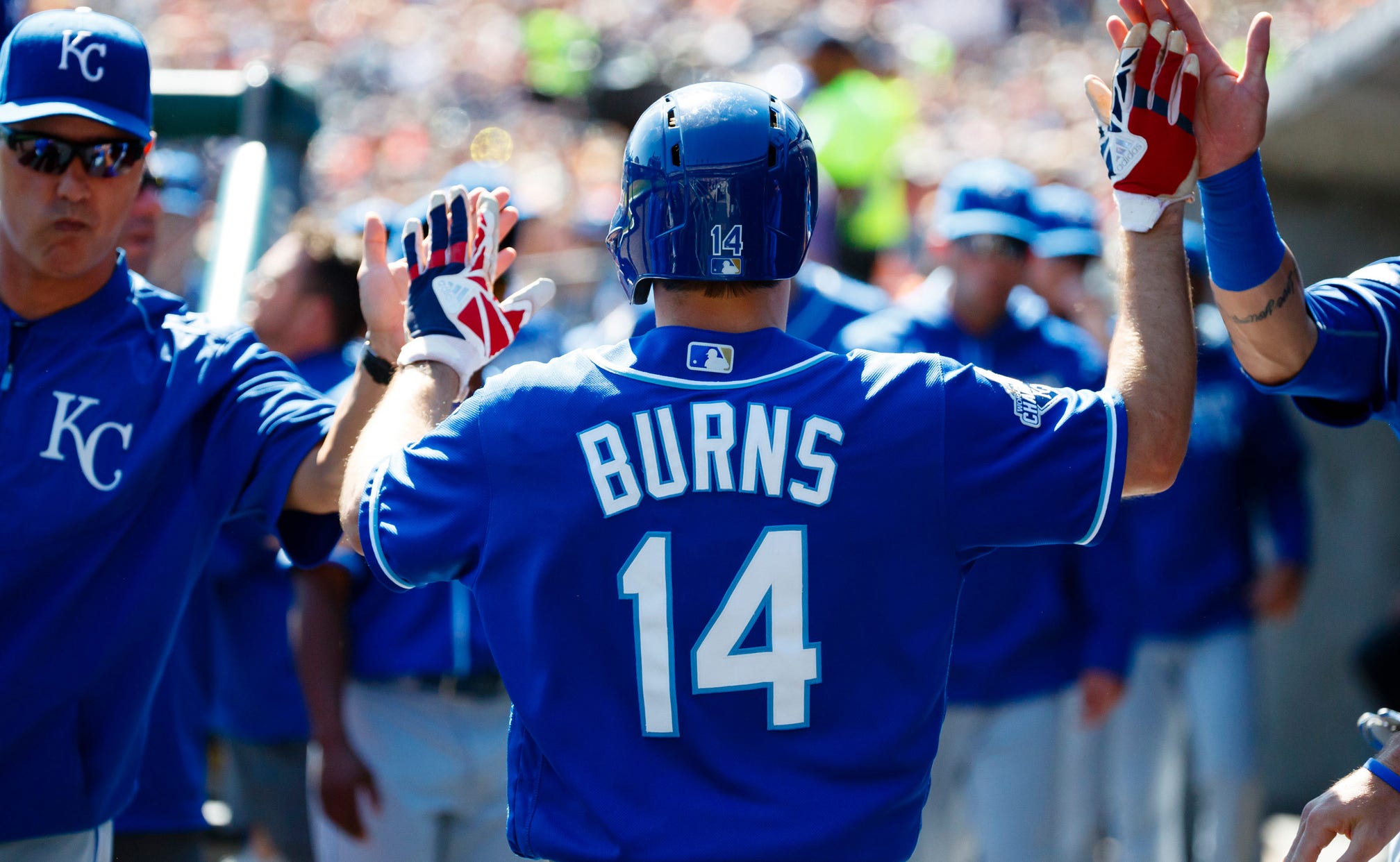 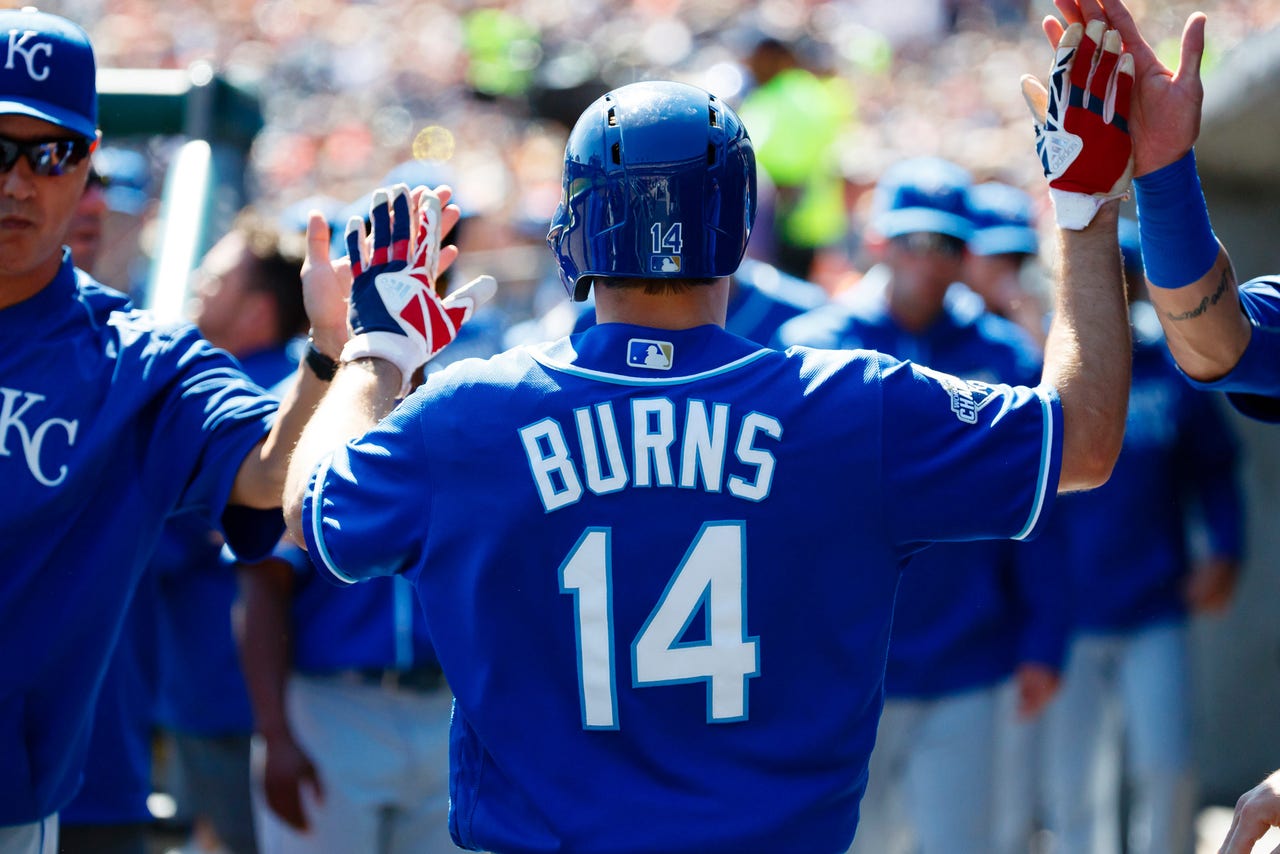 When the Oakland Athletics first called up the outfielder in September 2014, he had to travel with a goldfish as part of his rookie hazing.

"I took it to all the clubhouses," Burns said. "It was tougher to carry, that's for sure."

The goldfish's finale was in Kansas City, where Oakland wasted a four-run, eighth-inning lead and lost the AL wild-card game 9-8 in 12 innings.

"That was the craziest game I've ever seen," Burns said. "That shows the character of the Royals at the time. They just kept fighting. They pulled that win off somehow and went on to have a great postseason run."

Burns wanted to keep the goldfish.

"After the playoff, I couldn't fly with it," Burns said. "I asked the clubbies if they could ship it to me. There's FedEx fish shipping. It ended up dying in their care before they could."

Acquired last July 30 for Brett Eibner, Burns became caretaker of a rally praying mantis when the Royals went on a hot streak.

Burns researched how to tend to the mantis, purchased a glass cage with foliage and gave him insects to eat. The mantis traveled on Royals charter flights and was in the clubhouse.

"It's real low-maintenance," Burns said. "The mantis is really kind of a still creature. It'll just hang there all day. It can sit there for hours and hours on end without you having to do anything."

Burns hit .243, stole three bases and scored seven runs in 24 games with Kansas City. He could get more playing time this year following an offseason trade that sent Jarrod Dyson to Seattle.

"He can be a Dyson type of guy," Royals manager Ned Yost said Thursday. "He's a base stealer. He can cover gap to gap. He's a switch-hitter, a line-drive type hitter. He had a phenomenal year his rookie year and kind of fell back a little last year, but it's all in there. Defensively, he can play all three outfield positions."

"I don't know what my role is going to be," Burns said. "That's not up to me. I'll just play hard, show them what I can do and hopefully impress some people."

He figures to back up Kansas City's projected starting outfield, which comprises Alex Gordon, Lorenzo Cain and Jorge Soler.

Royals first base coach Rusty Kuntz has been tutoring Burns.

"Hopefully, I can continue to improve on that with the help of Rusty," Burns said. "He's one of the best resources in the game. It's really been awesome to learn from him."

Burns said getting an extra half-step lead and "knowledge of the pitcher could be the difference between safe and an out."

If Salvador Perez leads off the ninth with a single with the Royals trailing by a run, Burns could run for him.

"It takes a lot of guts," Burns said. "Sometimes you've got to take chances, depending on the situation. You've just got to go and hopefully something goes your way."