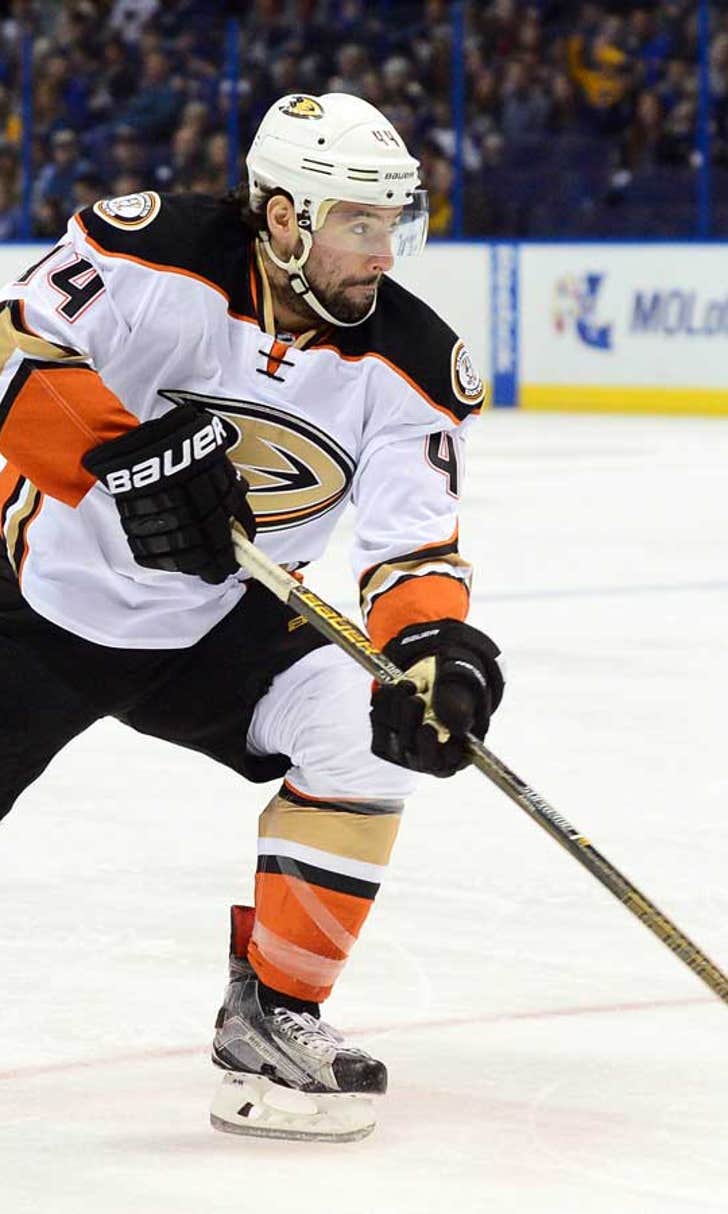 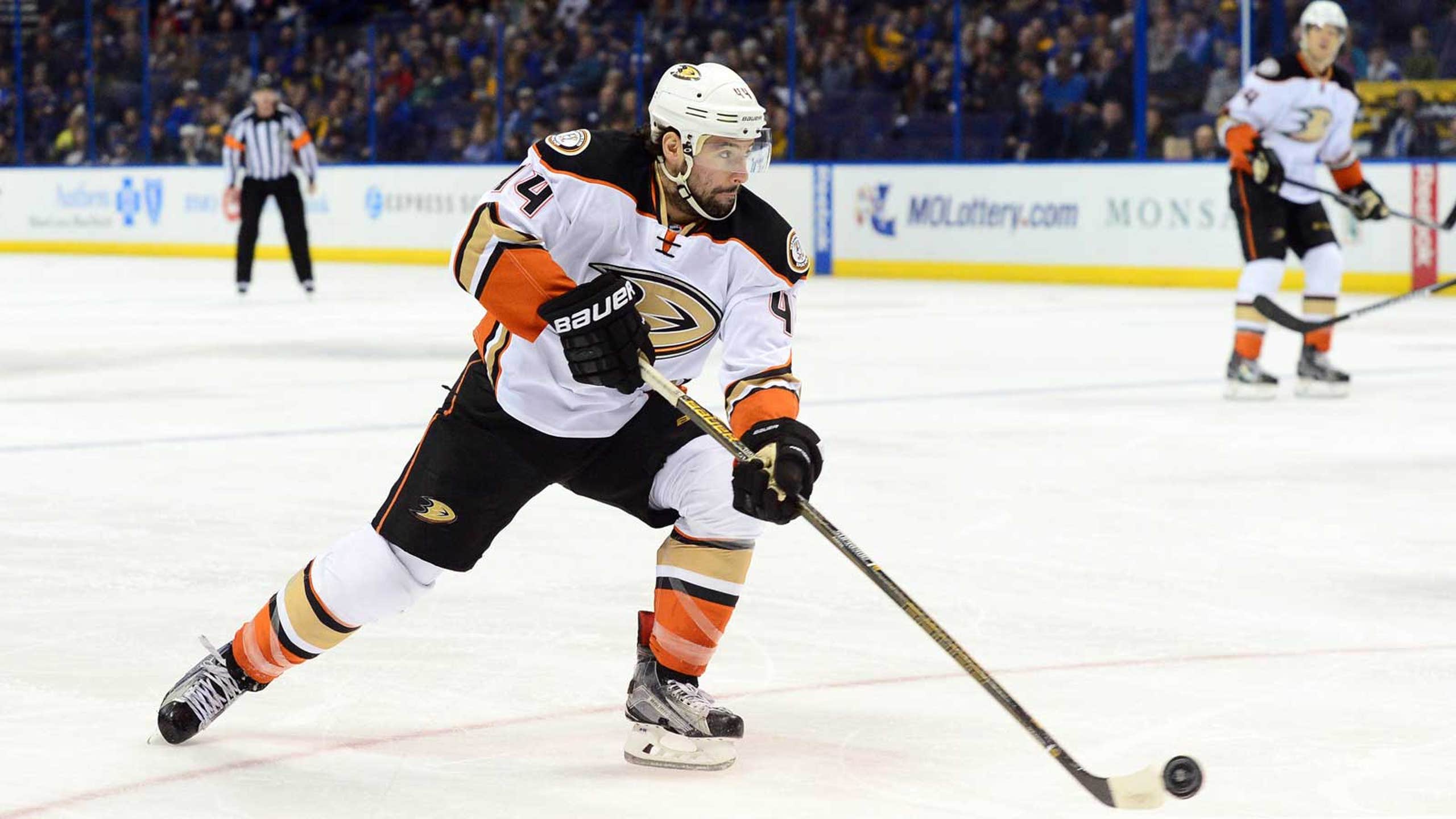 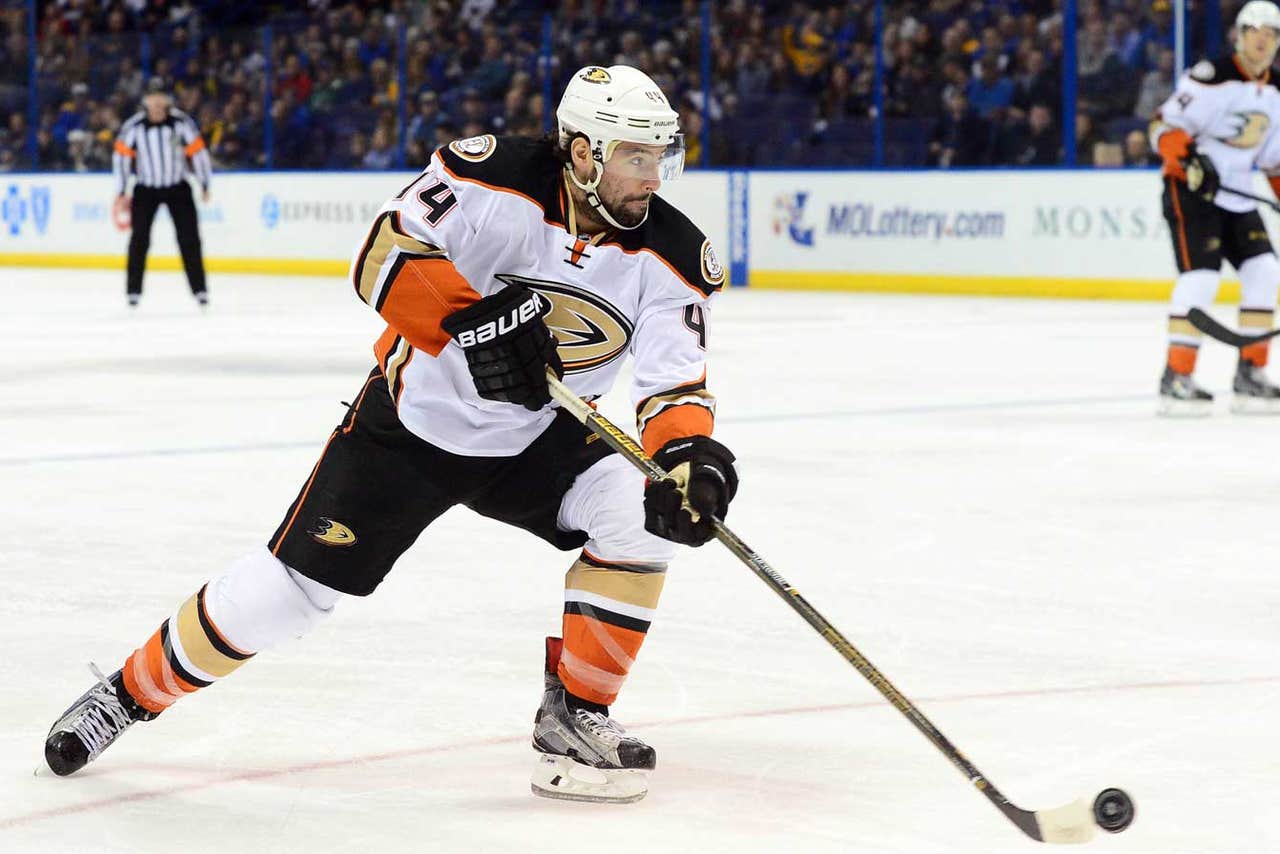 Kyle Palmieri is enjoying the best season of his career as he gets ready to play against his first NHL team on the road for the first time.

Palmieri will return to face the Anaheim Ducks on Monday night as his New Jersey Devils seek to sweep a three-game West Coast trip.

The winger was drafted in the first round by the Ducks in 2009. His career-best point total with Anaheim came in 2013-14 when he had 31, as he had some trouble establishing himself on a star-studded team that boasts Ryan Getzlaf and Corey Perry.

Palmieri, who grew up in New Jersey, was traded in the offseason to the Devils (33-29-7) for two draft picks in part because Anaheim had many players set to hit the free-agent market after this season and needed salary cap flexibility.

Ducks general manager Bob Murray has said that he may regret the move and predicted a 20-goal season for Palmieri, who has exceeded that with a career-high 25 along with a career-best 20 assists for a team-leading 45 points.

Palmieri came up empty in his first game against his former team, a 2-1 defeat Dec. 19. Chris Stewart and Ryan Kesler had first-period goals in the Ducks' fourth straight victory in the series.

Anaheim (37-21-9) returns home on an 0-2-1 slide following Friday's 5-2 loss at St. Louis. The Ducks were outscored 4-1 in a dismal final period and have totaled three goals in the past three.

Coach Bruce Boudreau gave his team Saturday off before returning to practice Sunday. Newcomer Brandon Pirri, acquired from Florida on Feb. 29, is still not ready to make his club debut due to an ankle injury.

Shawn Horcoff's 20-game suspension for violating the terms of the NHL's performance-enhancing substances program is over, although Boudreau has not indicated whether the veteran center will see his first action since Jan. 23.

New Jersey has been impressive on its trip, beating San Jose 3-0 on Thursday and Los Angeles 2-1 on Saturday on John Moore's overtime goal.

"We've got to get ready for a pretty hungry New Jersey team," Ducks defenseman Cam Fowler said. "They've beaten both California teams so far, which is tough to do, so we have to make sure we're ready for a good test."

The strong play came after New Jersey endured a 2-8-0 stretch, capped by last Sunday's 6-1 loss to Pittsburgh. Coach John Hynes said he told the Devils to focus on their team commitment after that defeat, and they matched a season high by blocking 29 shots against the Kings.

The Devils, the NHL's lowest-scoring team with 2.2 goals per game, know it won't be easy to sweep this trip.

"We like what we've done so far, we know we've got a big, tough opponent in Anaheim," Hynes said.