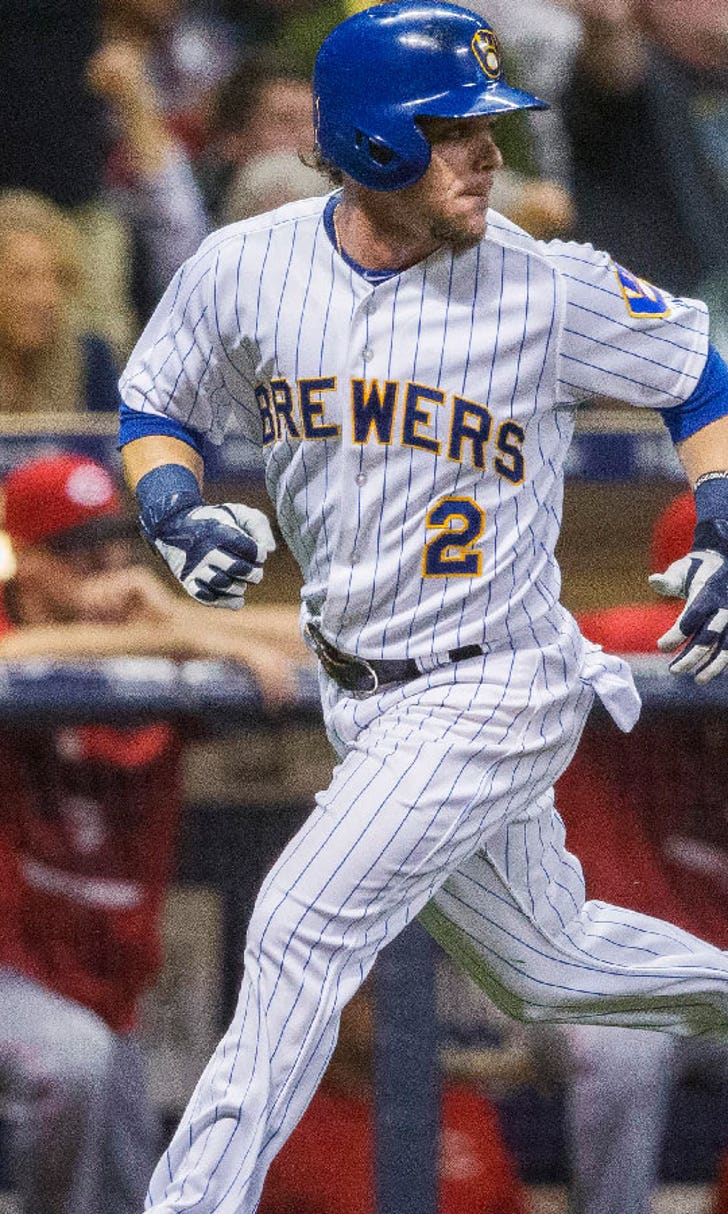 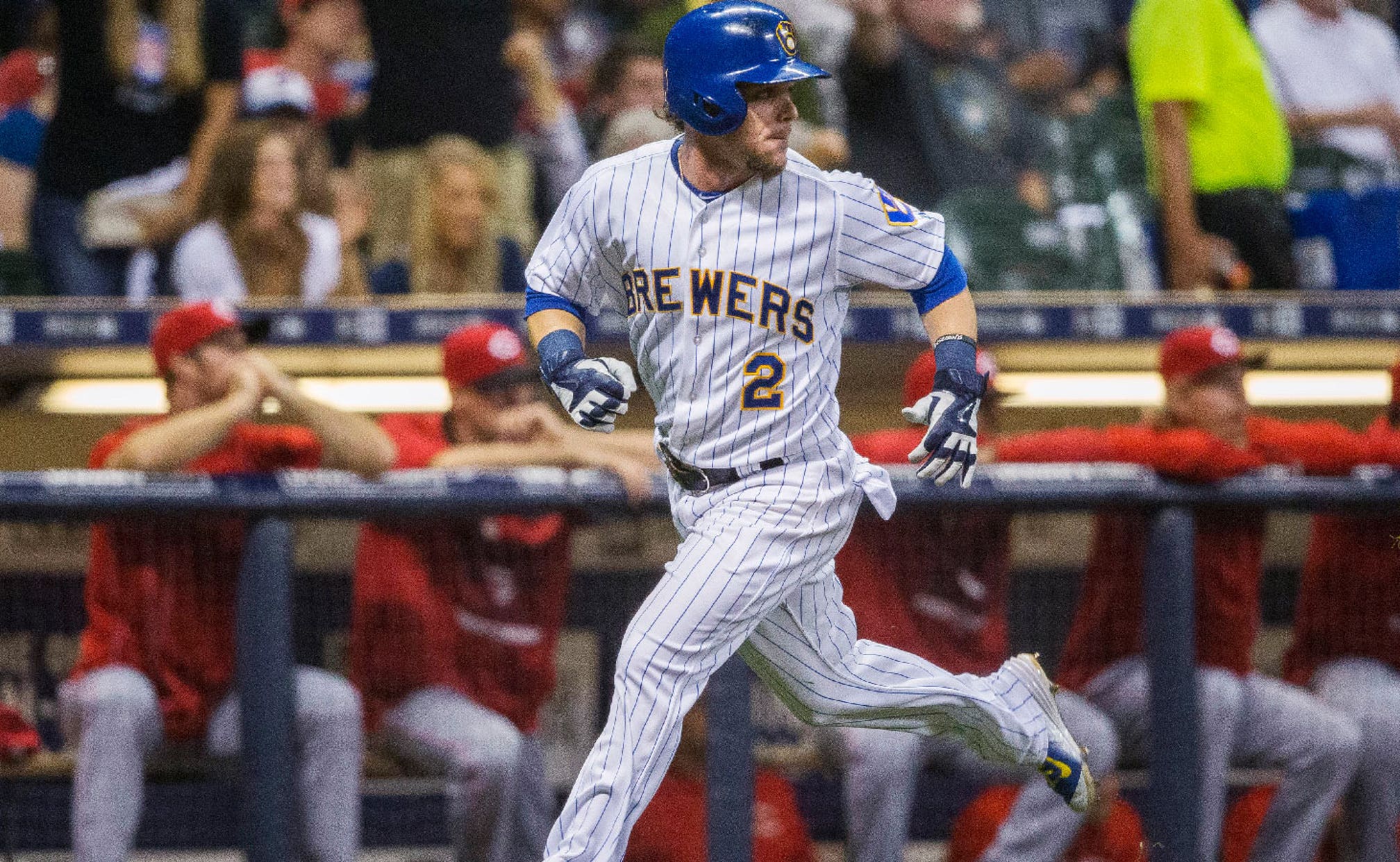 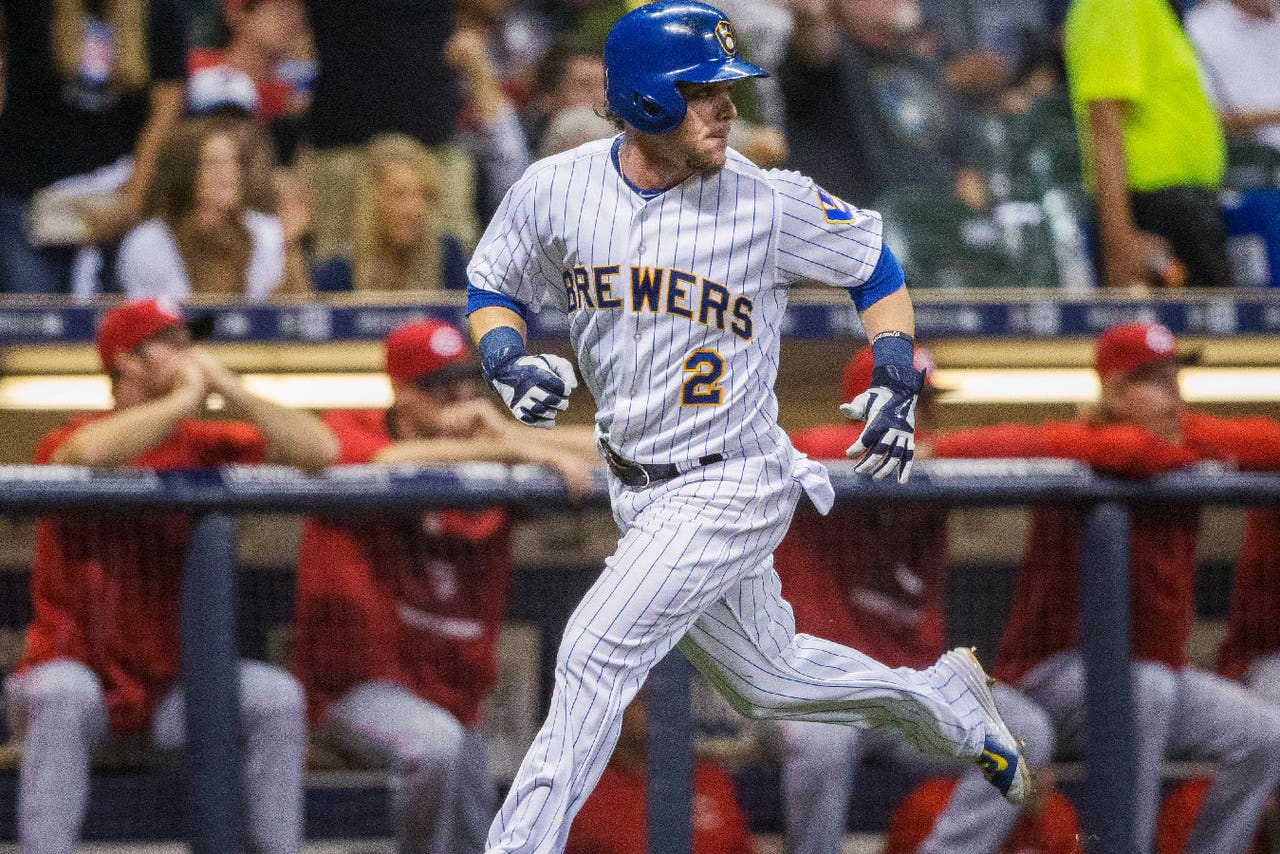 SCOTTSDALE, Ariz. -- Patrick Corbin struck out seven and allowed just an unearned run while pitching into the sixth inning as the Arizona Diamondbacks beat a Milwaukee Brewers split squad 3-2 on Monday night.

Corbin, who came back from elbow surgery midway through last season, has given up only one earned run in four starts covering 14 1-3 innings this spring. He has 17 strikeouts.

"Everything feels great and I felt strong there toward the end as well," the left-hander said. "I'm just hoping I can build off that. Biggest thing was just to build up the pitch count."

Nick Ahmed drove in the winning run with a two-out single in the bottom of the ninth. Ahmed had three hits for the Diamondbacks, who also got two stolen bases from former Brewers shortstop Jean Segura.

"He should improve, and his swing has improved a bunch," manager Chip Hale said. "He had a great spring last year, too."

Jake Lamb, competing for the Diamondbacks' third base job, committed three errors. No other Arizona player has more than two in spring training.

Corbin permitted five hits in 5 1-3 innings. Arizona closer Brad Ziegler gave up a run and two hits with one strikeout in his inning of work.

Scooter Gennett had two hits for the Brewers, including a run-scoring double. Gennett has played in only three games but has six hits in 10 at-bats.

Domingo Santana reached base three times and scored once, leaving the young Milwaukee outfielder with a .500 batting average and a seven-game hitting streak.

"He missed a couple of games but he's had a solid spring. It's been good at-bats and getting on base a lot," Counsell said. "He's drawing walks, so he's just got to continue on this path through the season."

The Diamondbacks optioned RHPs Archie Bradley and Tyler Wagner to Triple-A Reno. LHP Keith Hessler and OF Gabriel Guerrero were optioned to Double-A Mobile, and OF Zach Borenstein was reassigned to minor league camp.

Bradley had been in the running for the fifth spot in the rotation.

"His fastball command, we think, is where it needs to be. He just needs to get more command with his off-speed pitches," Hale said. "He understands the situation. He understands that this is the best he's felt in years, physically and mentally, and he's excited to get started wherever it is and work his way back here."

Robbie Ray and Zack Godley remain the leading contenders for the No. 5 job.

Diamondbacks OF A.J. Pollock took live batting practice. He's playing defense but not swinging the bat in minor league games as he works his way back from elbow soreness. ... Hale hopes C Chris Herrmann (hip) can catch in a game by Wednesday.

Brewers: Josh Hader, one of the team's top pitching prospects, made his first spring training start even though he was reassigned to minor league camp last week. Hader struck out five and walked two in three scoreless innings.

"I thought Josh was excellent. First inning was probably a little extra adrenaline, but he got through it, which is a big thing," Counsell said. "And then he was really good the next two innings."

Diamondbacks: Corbin threw 77 pitches and Hale said the left-hander was in command of each pitch.

"He pretty much can throw any of his pitches in any count right now, so those are weapons not a lot of pitchers have," Hale said before mentioning Corbin's changeup. "That's a huge pitch for him. He almost has two of them, one that's a strikeout pitch and one that he can throw for strikes."

Diamondbacks short-season field coordinator Luis Urueta managed Colombia to the 2017 World Baseball Classic with his team's qualifier win over Panama on Sunday night. Colombia made the field of 16 teams for the WBC for the first time.

Brewers: RHP Taylor Jungmann continues his tuneup for the regular-season rotation Tuesday against the Colorado Rockies. In three starts, he has a 1.08 ERA.