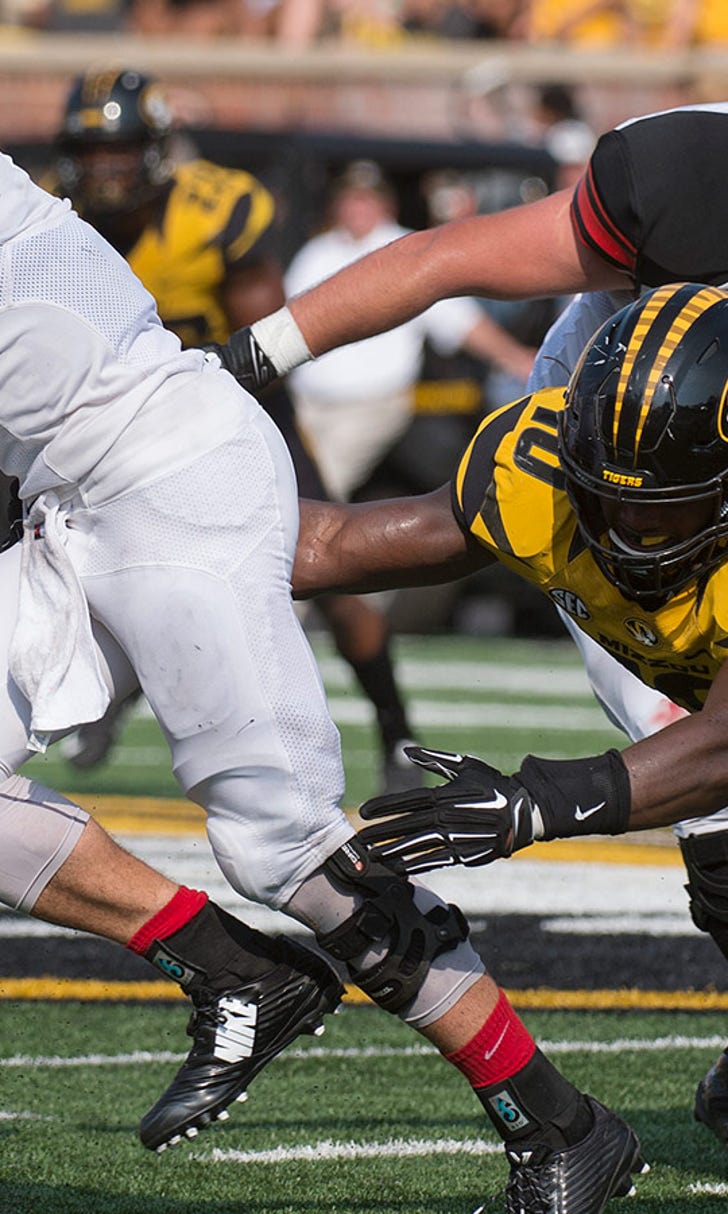 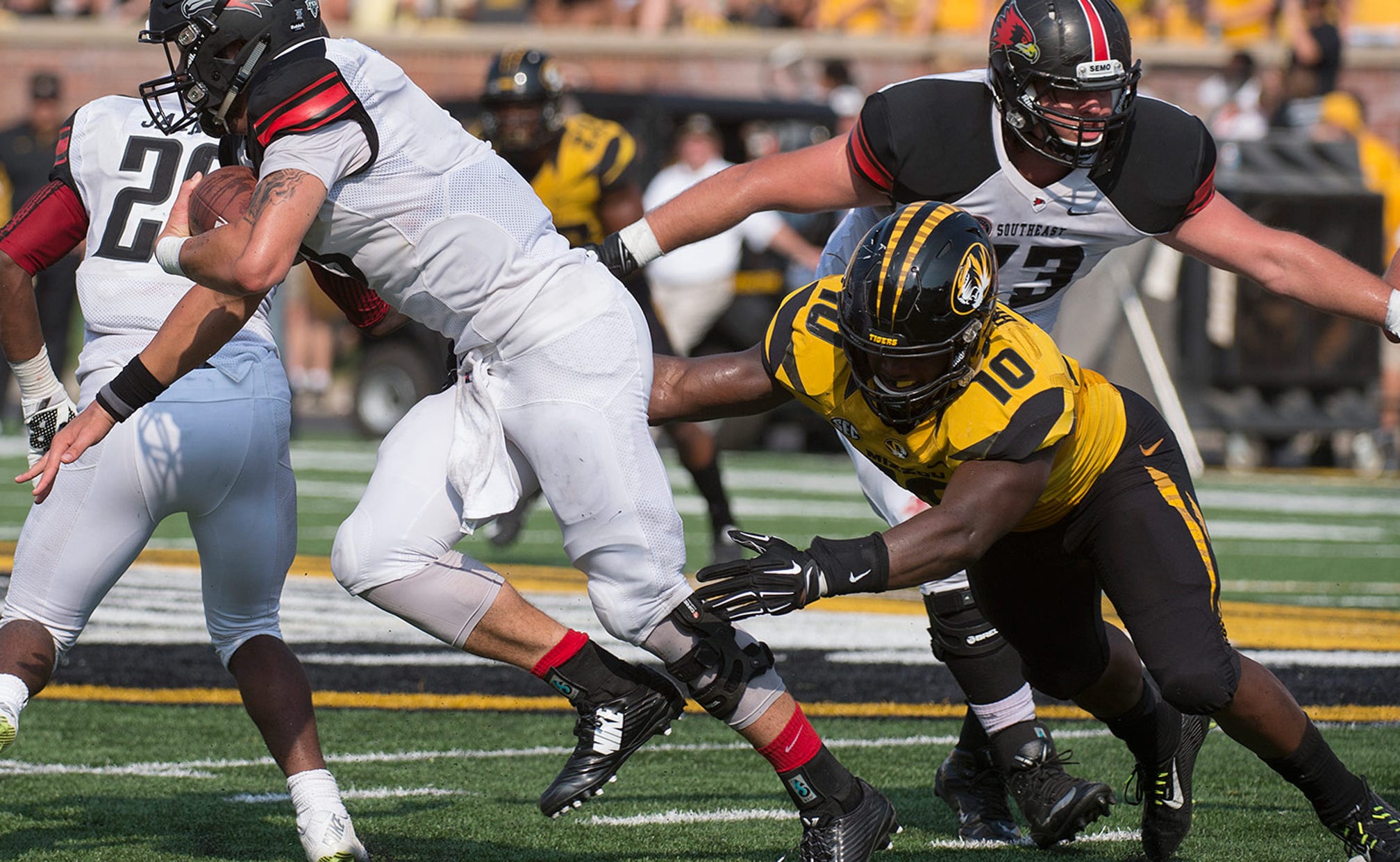 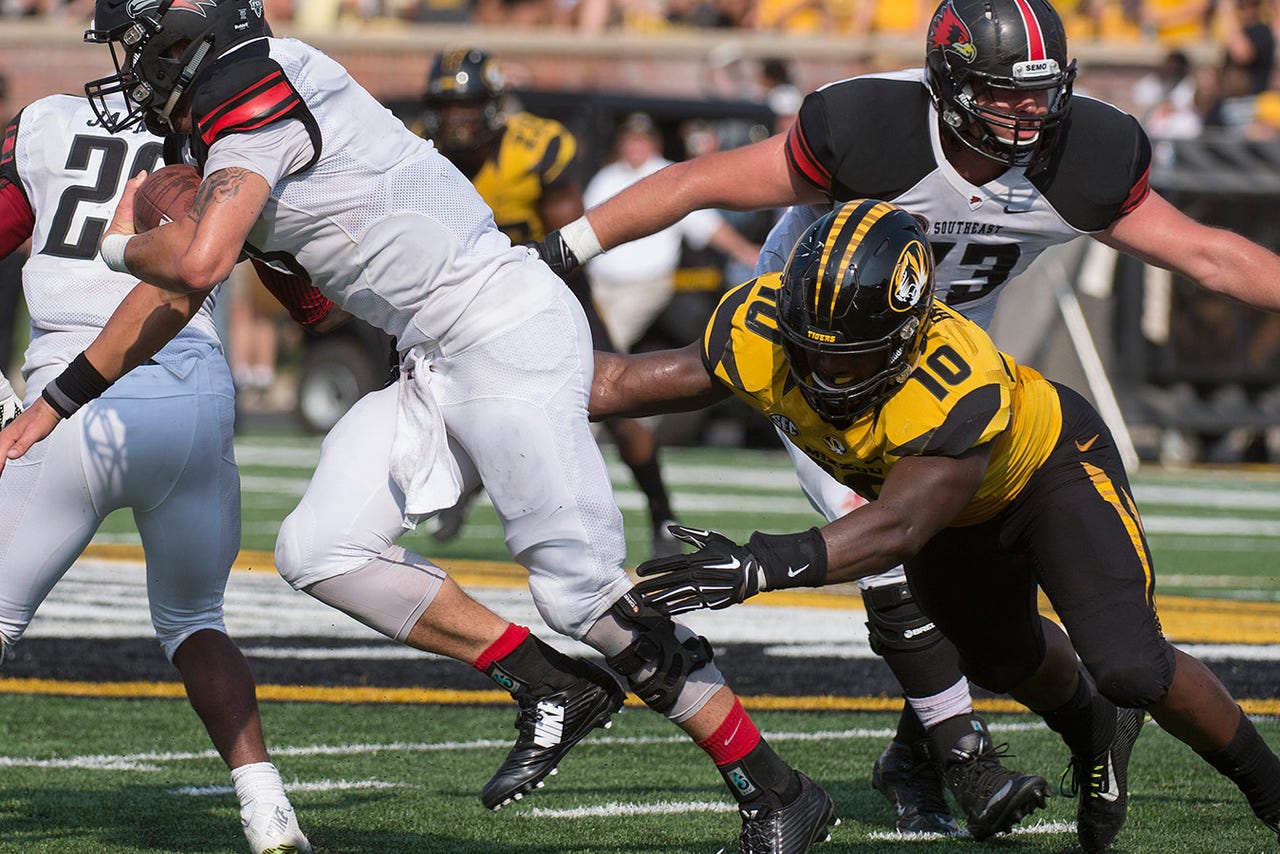 COLUMBIA, Mo. -- Kentrell Brothers was all over the field, racking up 10 tackles on No. 24 Missouri's first 26 defensive plays. In the third quarter, the linebacker made the play that really put the Tigers in the clear.

Brothers finished with a career-best 16 tackles and blocked a punt that was returned for a touchdown in the Tigers' season-opening 34-3 victory over Southeast Missouri State on Saturday.

"There were times where I hit the guy, and they'd called Kentrell's name," fellow linebacker Michael Scherer said. "I'd look down, and he was at the bottom of the pile. I looked at him at one point and said, 'They're calling your name every play.'"

Brothers credited the defensive line for clearing the way and added, "I studied a lot of film. We knew what to expect."

"I think he has the potential to be really, really good," coach Gary Pinkel said.

Aarion Penton caught the blocked punt by quarterback Tay Bender in the air for a 41-yard return late in the third quarter that made it 27-3. Missouri had been prepared for Southeast Missouri going for it on fourth down.

"Our No. 1 defense was in and we just sent the house," Penton said. "They kept faking when they brought their offense out (on fourth down)."

The Tigers are two-time defending champions in the SEC East but are breaking in a number of freshmen, which led to some mistakes. They had a lot easier time putting away Southeast Missouri State in the last meeting, winning 52-3 in 2008.

"I think we played really well early and then got a little sluggish there in the middle of the game, but we came out and we finished," Mauk said.

Lock said it was a thrill to be playing instead of sitting in the stands.

"It was probably one of the better experiences of my life, without a doubt, and I'm excited for next week," Lock said. "I could have scored a touchdown on my first drive, but I'll take the one touchdown for my first game."

"They all made some tough catches and took some hits, but the biggest thing is they got up and moved to the next play," Mauk said. "They all just kept going."

Bender was more effective running than passing for Southeast Missouri State. He gained 69 yards on 14 carries and was 12 of 22 for 56 yards.

Missouri lost running back Russell Hansbrough and center Evan Boehm in the first half with sprained ankles. Hansbrough had his right leg in a cast after the break.

Hansbrough had 23 yards on two carries before getting hurt.

"Russell, that's a huge loss for us," Pinkel said. "We'll be excited about getting him back, but we've got to get players ready to play."

Southeast Missouri State was limited to 209 yards and had one good drive, going 76 yards on 16 plays to set up a 35-yard field goal by Ryan McCrum in the second quarter.

Southeast Missouri linebacker Kendall Donnerson was ejected in the first quarter for a head-to-head hit on Mauk.

"It was embarrassing," Matukewicz said. "It was targeting, and it cost us."

Missouri Tigers
share story
those were the latest stories
Want to see more?
View All Stories
Fox Sports™ and © 2020 Fox Media LLC and Fox Sports Interactive Media, LLC. All rights reserved. Use of this website (including any and all parts and components) constitutes your acceptance of these Terms of Use and Updated Privacy Policy. Advertising Choices. Do Not Sell my Personal Info