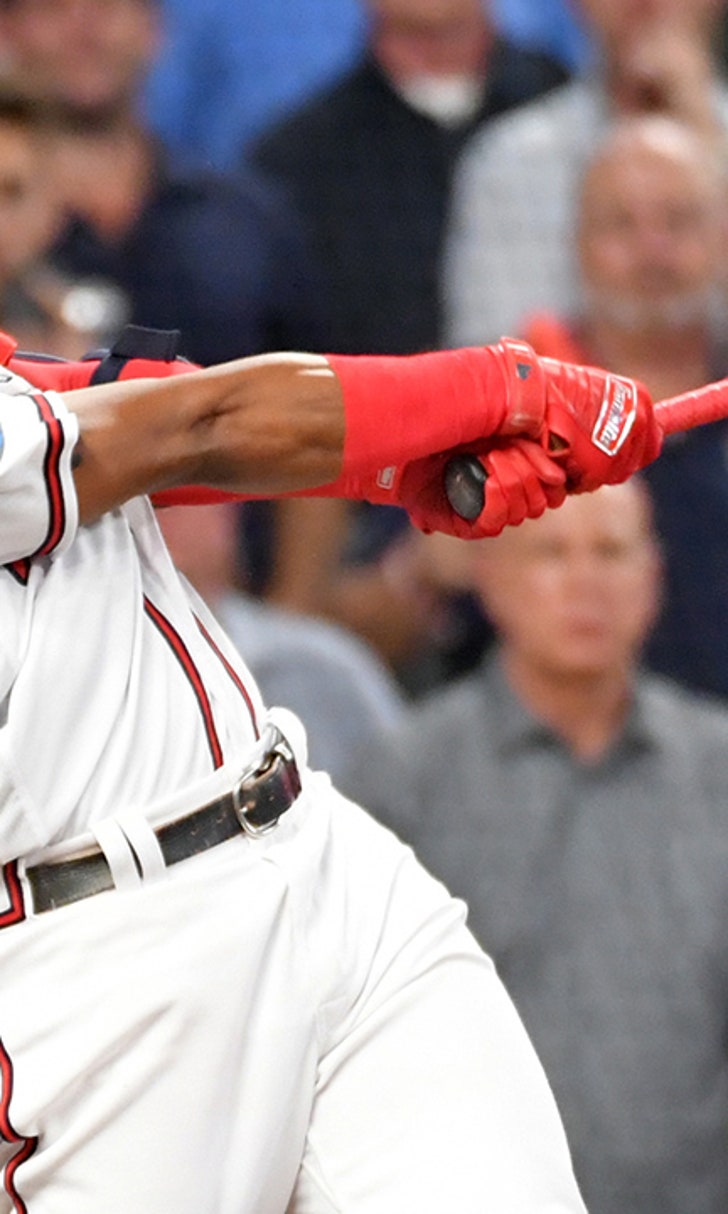 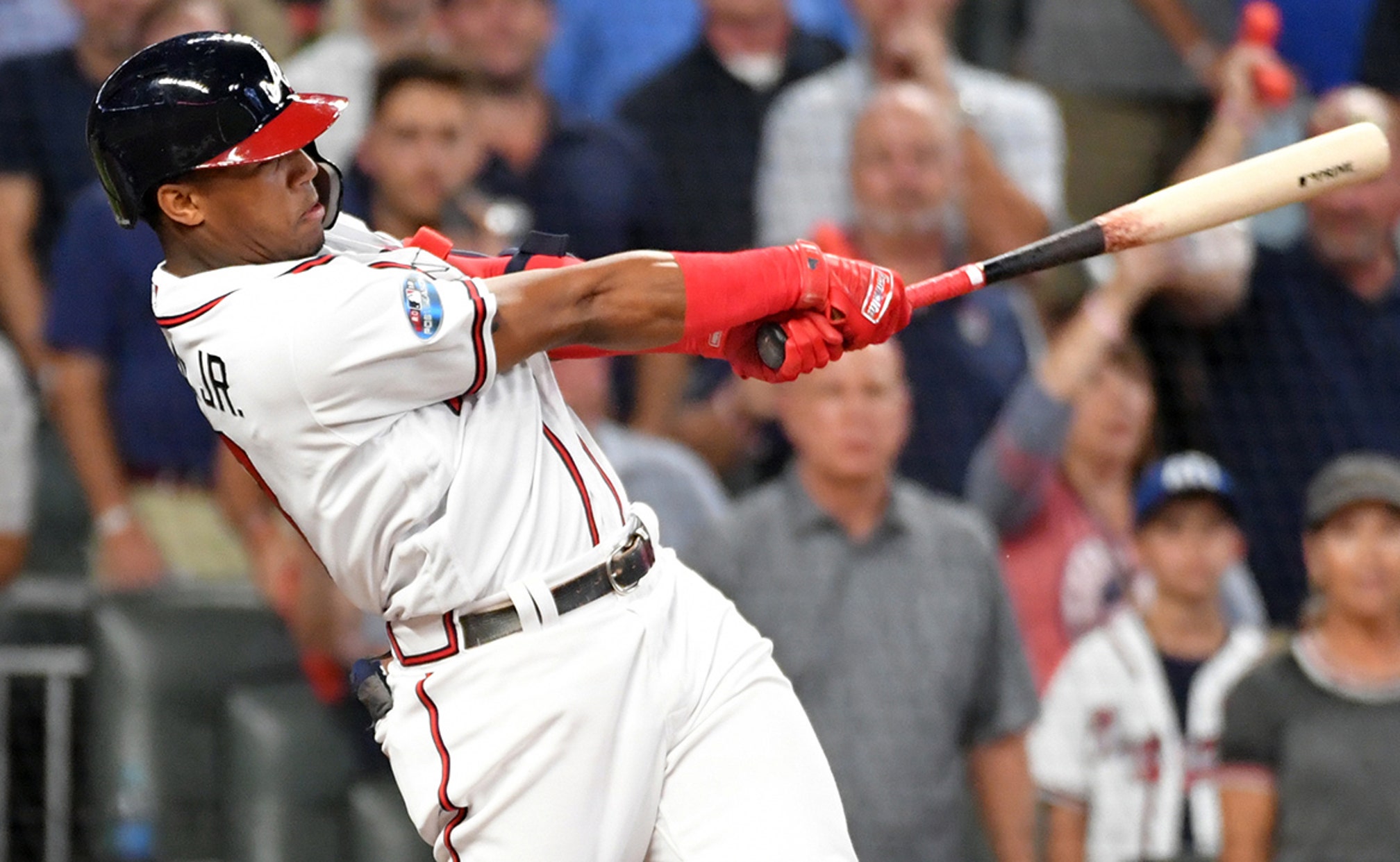 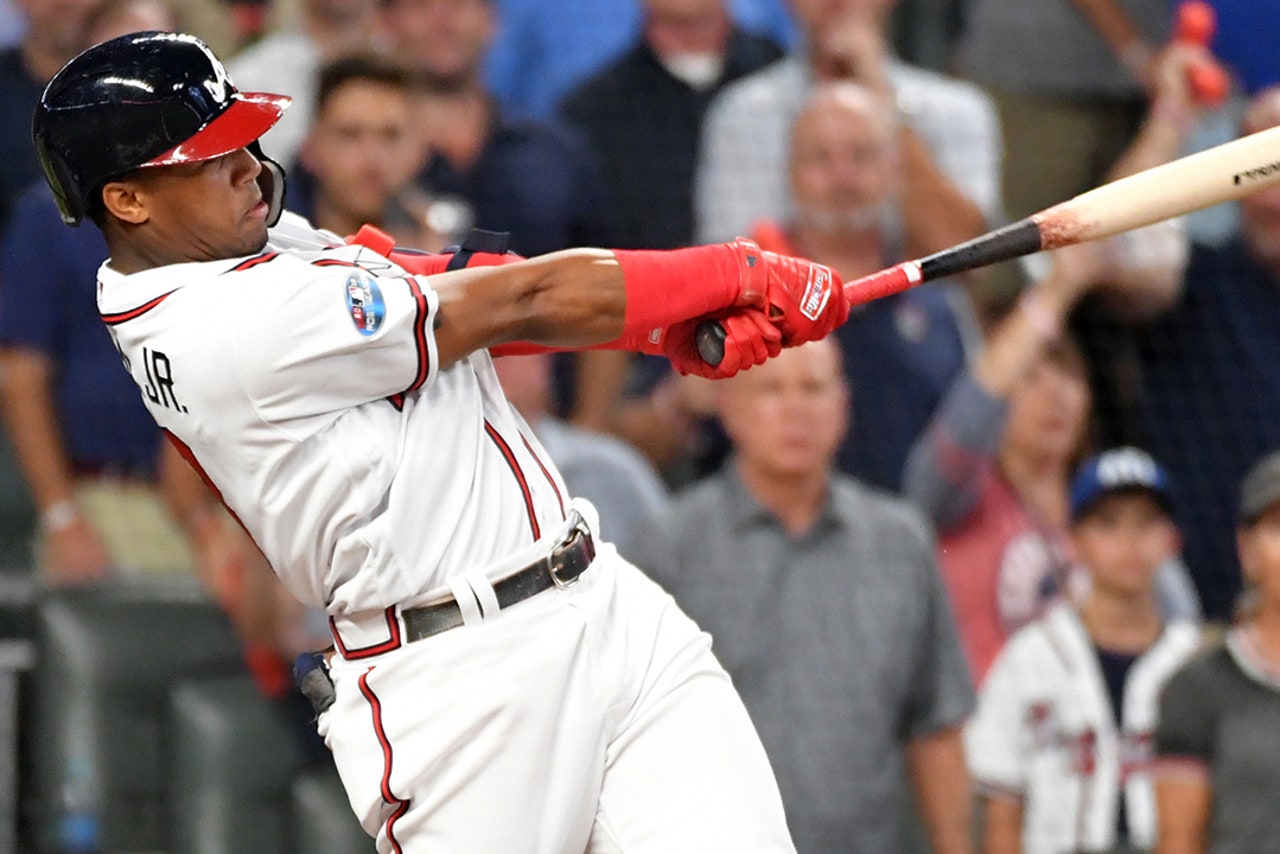 KISSIMMEE, Fla. -- Batting leadoff, there was only one hitter in the game more productive than Ronald Acuña Jr., and that was the guy who ended up taking home the American League MVP.

It stands to reason, that as the Braves' offseason maneuvers have them looking for a right-handed bat to put behind Freddie Freeman at fourth in the order, that they would turn to their 21-year-old phenom, who hit 26 homers and 56 extra-base hits in all.

But the reigning National League Rookie of the Year has no desire to give up that spot.

“If it was up to me, personally, I would obviously like to stay in the leadoff spot,” Acuña said through an interpreter Saturday as he arrived at spring training. “Because I like being there and I like hitting there. But those decisions are out of my control. The only things I can control is to work hard and give my best.”

While the Braves did meet their needs for right-handed power this offseason with third baseman Josh Donaldson, he's been at his best hitting second. That's where he did the brunt of his damage during his AL MVP season of 2015 and sports a career 154 wRC+ at No. 2 over 1,602 at-bats.

When the Braves signed right fielder Nick Markakis to a one-year, $6 million deal late last month, general manager Alex Anthopoulos said in his discussions with manager Brian Snitker, his preference was to move center fielder Ender Inciarte back to leadoff, where he predominately hit during his All-Star season of 2017.

That would push Acuña down behind Freeman, though Snitker said Saturday that he's still working on piecing together his batting order.

"I’m still toying with it,” Snitker said. “I’m going to wait and see where we’re at in a couple weeks. We don’t have to set a lineup right now. I have ideas, different things. But I don’t think right now, at this point in spring or even a week from now, we have to have anything set in stone.”

Freeman had a front-row seat for Acuña's exploits at leadoff, and while he also saw Inciarte perform well as the season progressed -- he had a 107 wRC+ in August and 111 in September -- he notes the difficulty in moving Acuña down after his tear at leadoff.

“We’ll see how this shakes out. Having Ronald at one, Josh and then me, that’s pretty tough to go through in the first inning," he said. "But if Ender’s hitting like he was, doing great like he was in the second half of 2017, he’s the perfect leadoff hitter. Our lineup would be deep with Ronald in the four.

“But it’s very hard to take him out of the leadoff spot after what he did last year. It was amazing. But if you can lengthy the lineup any way you can, we’ll see what happens and how it plays out.”