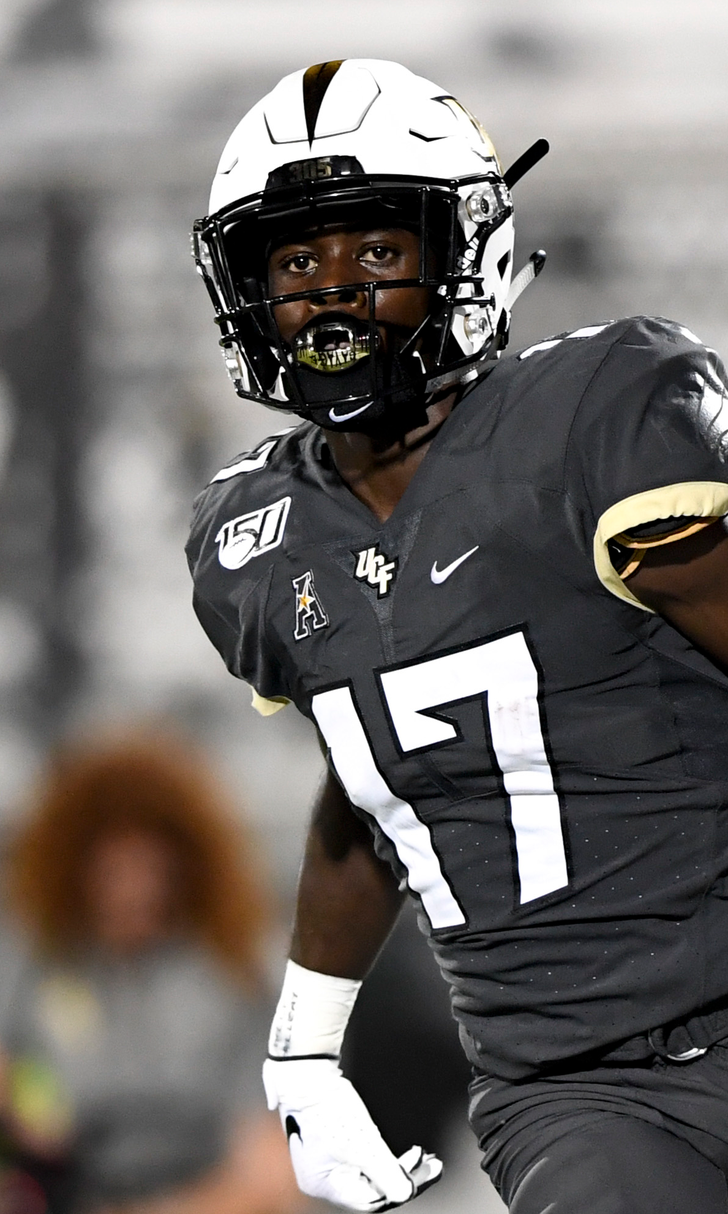 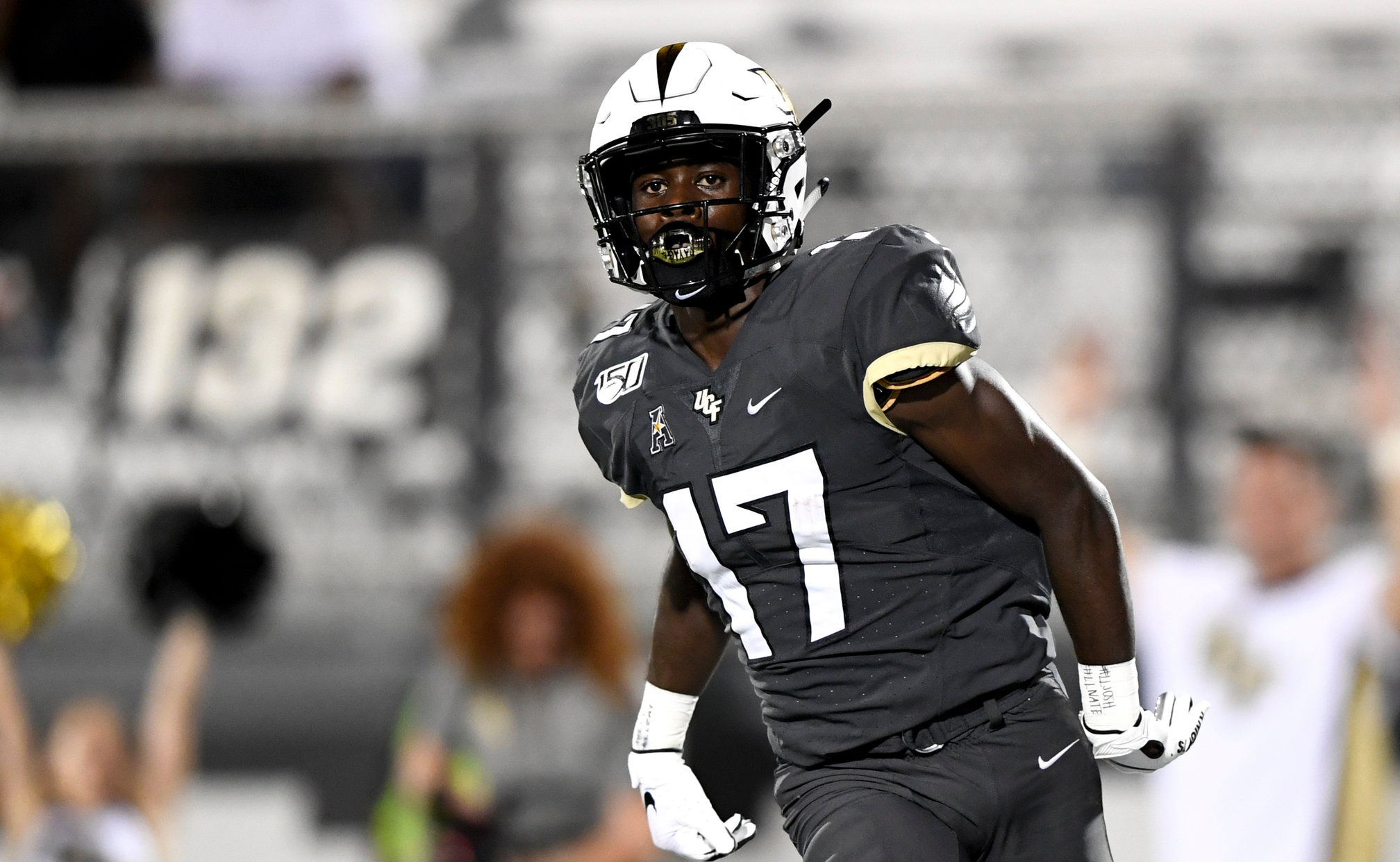 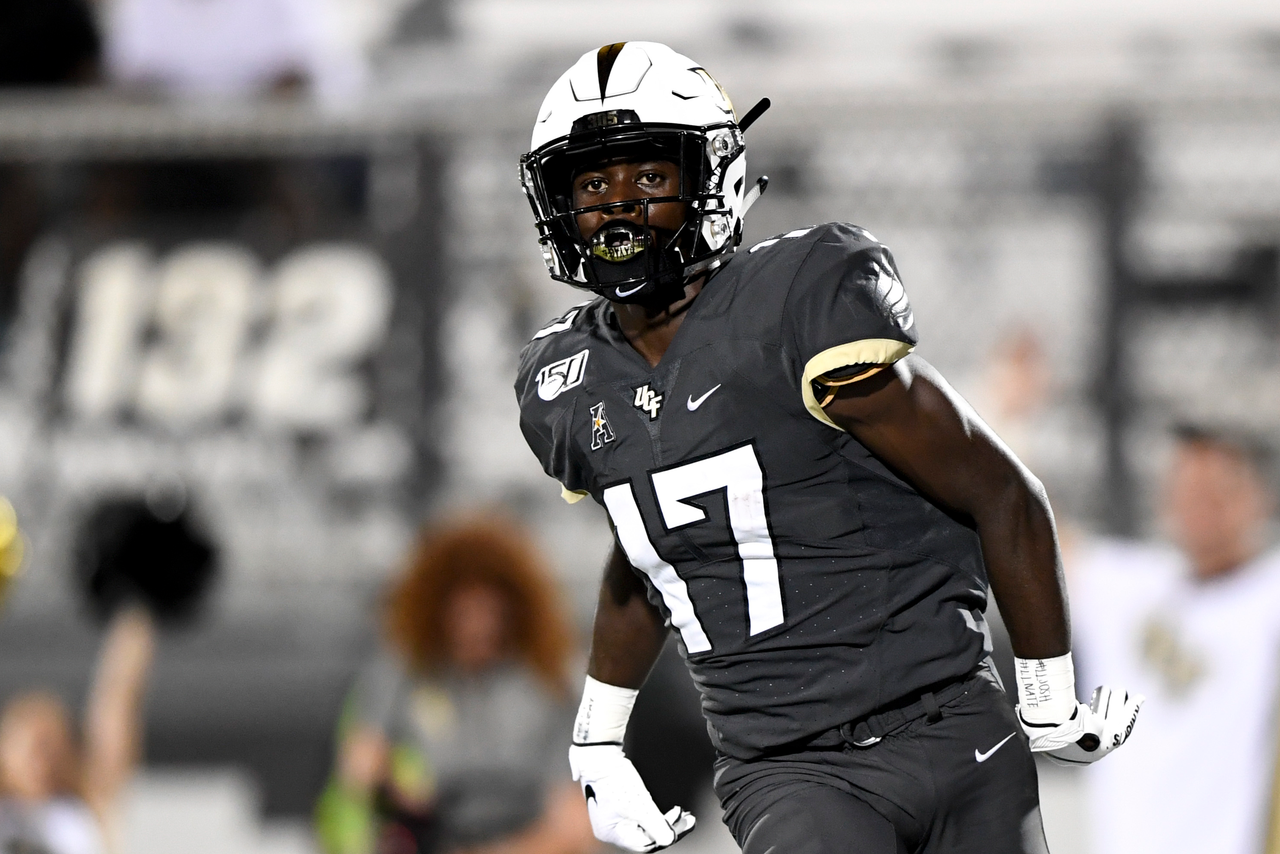 The redshirt senior transfer completed 12 of 23 passes without an interception while sharing playing time with true freshman Dillon Gabriel, who finished second in the competition for the starting quarterback job that opened because of an injury sidelining two-time American Athletic Conference offensive player of the year McKenzie Milton.

"It felt great," Wimbush said after the two-time defending AAC champions amassed 694 yards total offense and won for the 26th time in 27 games.

"We have to keep building ... keep getting better," Wimbush added. "I think that's important for a young and developing team."

Wimbush, who tossed TD passes of 37 and 12 yards to Gabriel Davis, was 13-2 as a starter over the past two years at Notre Dame. He lost his job there to Ian Book despite helping the Fighting Irish begin last season with three consecutive wins.

Gabriel, meanwhile, arrived at UCF from the same high school where Milton played in Hawaii. He performed well enough in fall camp that coach Josh Heupel felt he deserved some playing time in the opener and the freshman showed why by going 9 of 13 for 127 yards with TD passes to three different receivers.

"I think it's spectacular what he did," Wimbush said, adding Gabriel "did a heck of a job of staying poised" for a freshman in his first college game.

The Knights improved to 26-1 since the start of 2017, with the lone loss coming against LSU in last season's Fiesta Bowl. The setback ended a school- and American Athletic Conference-record 25-game winning streak.

The Knights ran 65 plays to FAMU's 32, outgaining the Rattlers 462 yards to 25 — in the first half. Punter Chris Faddoul arguably was FAMU's most effective player, averaging 49.9 yards on 10 punts before halftime. Of course, all of the news on that front wasn't good. Anderson fielded six of those kicks, returning one of them 79 yards to set up Greg McCrae's 25-yard TD run in the second quarter.

It was business as usual for UCF, which has scored at least 30 points in 27 consecutive games, the longest such streak for a FBS team since 1936. Wimbush looked comfortable running the offense, making plays with his feet and arm. In the first quarter alone, he ran the ball five times for 42 yards, with each of the runs resulting in a first down.

Opening the season against FAMU won't do anything silence critics of the overall strength of UCF's schedule. The Knights, however, will be tested before beginning conference play in late September, with No. 25 Stanford visiting Orlando in two weeks and UCF traveling to Pittsburgh on Sept. 21.

Florida A&M: The Rattlers have two weeks to prepare for their Sept. 14 home opener against Fort Valley State.

UCF: At Florida Atlantic on Sept. 7.