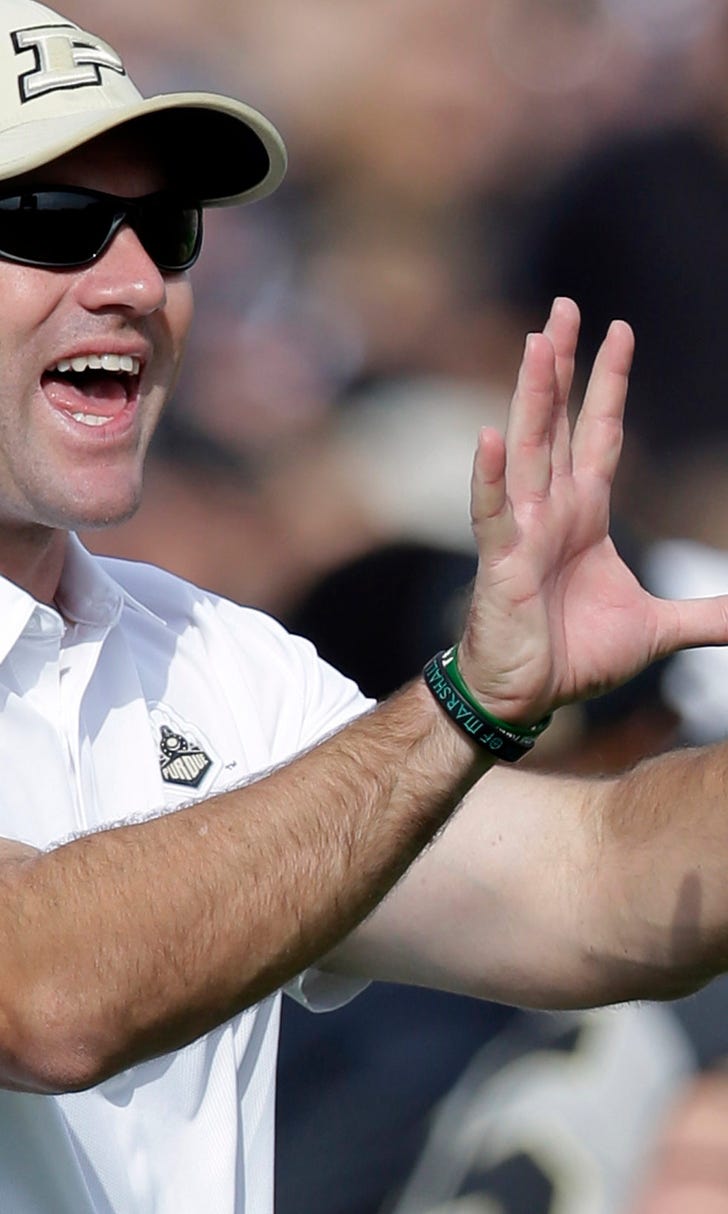 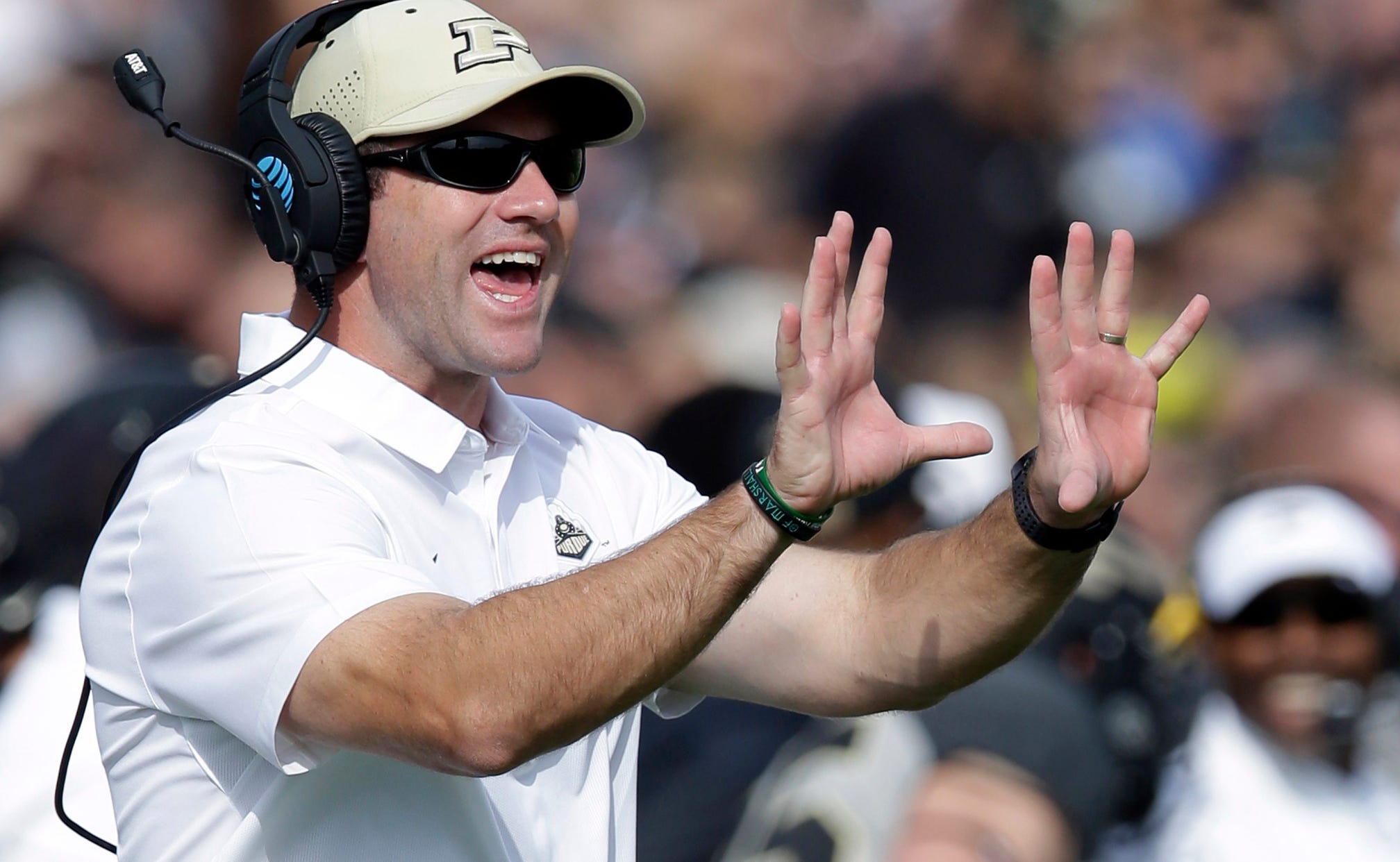 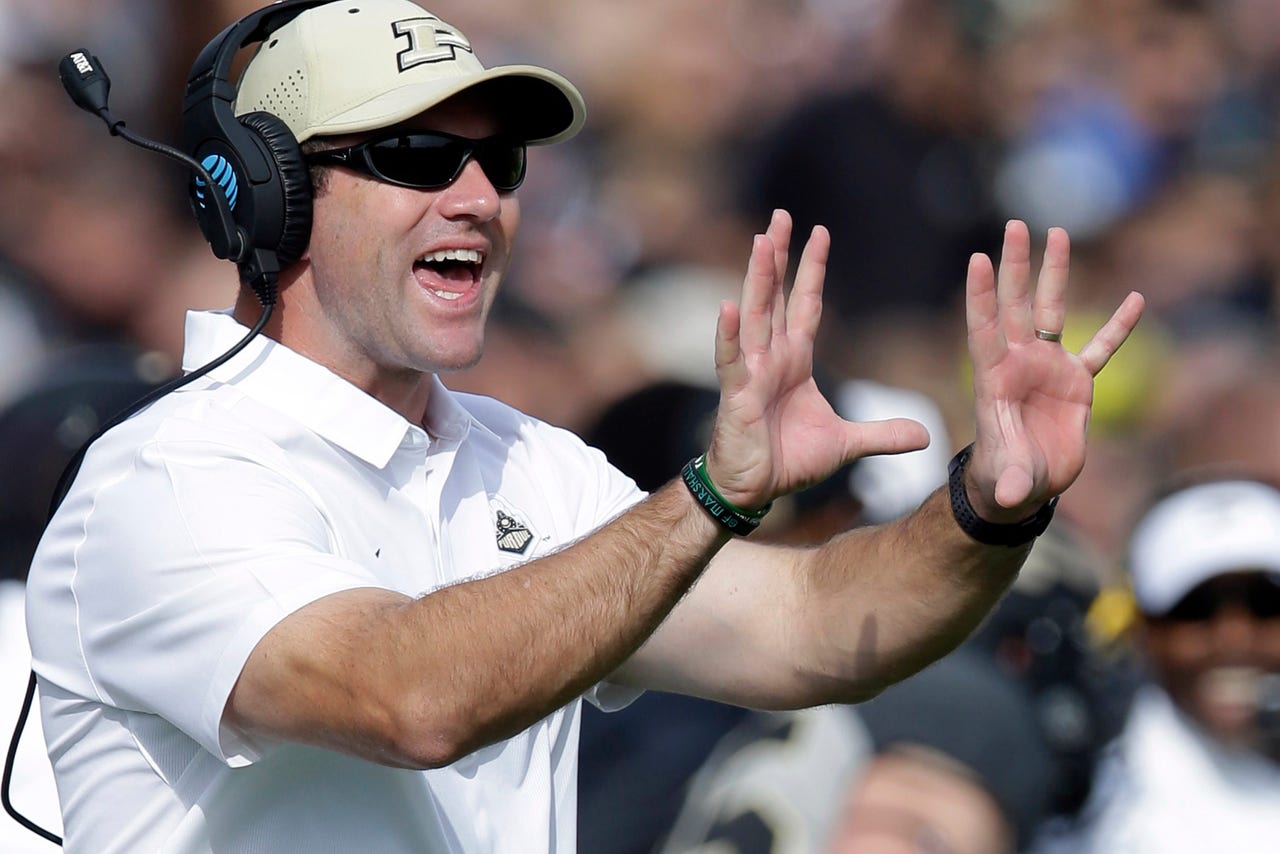 The staff has picked up the pace at practice, gotten creative and urged players to enjoy the rest of this season. On Saturday, against Northwestern, everyone will find out if it makes a difference for a team that has lost three straight since a rare midseason coaching change.

"They've been through some tough stuff, and we have as coaches, too, especially the guys that have been here throughout," Parker said, referring to the past several years. "So what is the sense in feeling sorry for ourselves and not having fun with this staff and these players for the last three weeks?"

Since the firing of Darrell Hazell last month, Purdue has shown some spark by building halftime leads three times, only to blow those leads in the second half. The Boilermakers (3-6, 1-5 Big Ten) are one loss away from knowing they will finish another season without a bowl bid.

Northwestern (4-5, 3-3), meanwhile, is trying to play itself into postseason position after losing two in a row. But coach Pat Fitzgerald isn't writing off the Boilermakers.

"Very impressed with how they're playing since the change, which could have turned the team into a negative," Fitzgerald said. "I think, although their record isn't positive, I think they're playing very hard, winning all three games at halftime, playing with a lot of passion and emotion."

But can an attitude adjustment help turn things around in West Lafayette? Parker, who is still seeking his first win, believes it will.

"We've still got three games left, plenty to play for, going down the stretch and finish with something to be proud of," Parker said. "There are a lot of teams fighting to be bowl eligible and have something to finish on."

DEFENSIVE DILEMMA: Purdue's defense hasn't just been bad the past two weeks. It's been battered. The Boilermakers gave up a Ross-Ade Stadium record 62 points to Penn State two weeks ago and 43 more points at Minnesota last week. Those two games have put Purdue in the Big Ten's basement of scoring defenses (37.8 points).

HISTORIC RUN: RB Justin Jackson is chasing history this weekend as he tries to become the first Northwestern player to rush for 1,000 yards three times. Jackson needs 90 yards to achieve the feat, and it certainly looks doable against a defense allowing 248.3 yards per game. Jackson has rushed for 147 yards and 116 yards in his first two games against Purdue.

OH-FOR-THREE: The Boilermakers have lost the last three by a combined total of 63 points. Even worse, all three losses were by double digits. But this might be Parker's best chance so far. Purdue's previous opponents -- Nebraska, Penn State and Minnesota -- have a combined record of 21-6. Northwestern is the first team with a sub-.500 record Parker will face.

LOOK OUT: Purdue faces a daunting challenge against Northwestern DE Ifeadi Odenigbo. He leads the Big Ten with eight sacks and earlier this season became the first Northwestern player to record multiple sacks in consecutive games. He set a single-game school record with four sacks against Iowa.