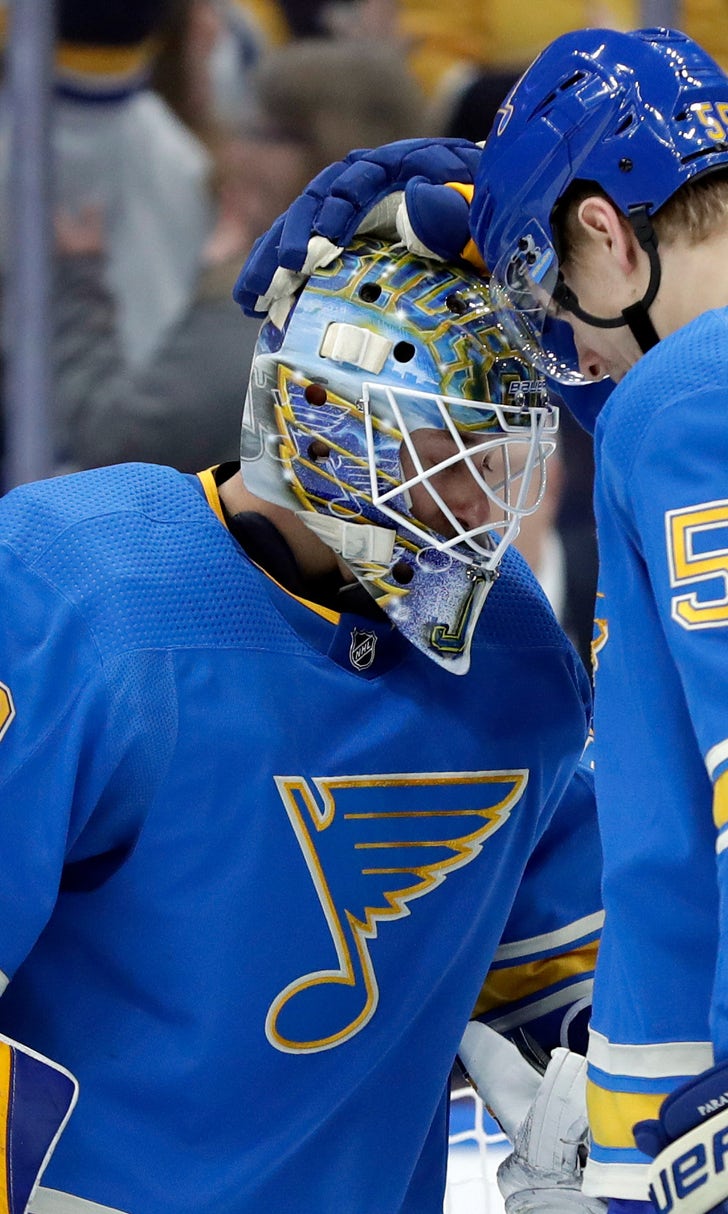 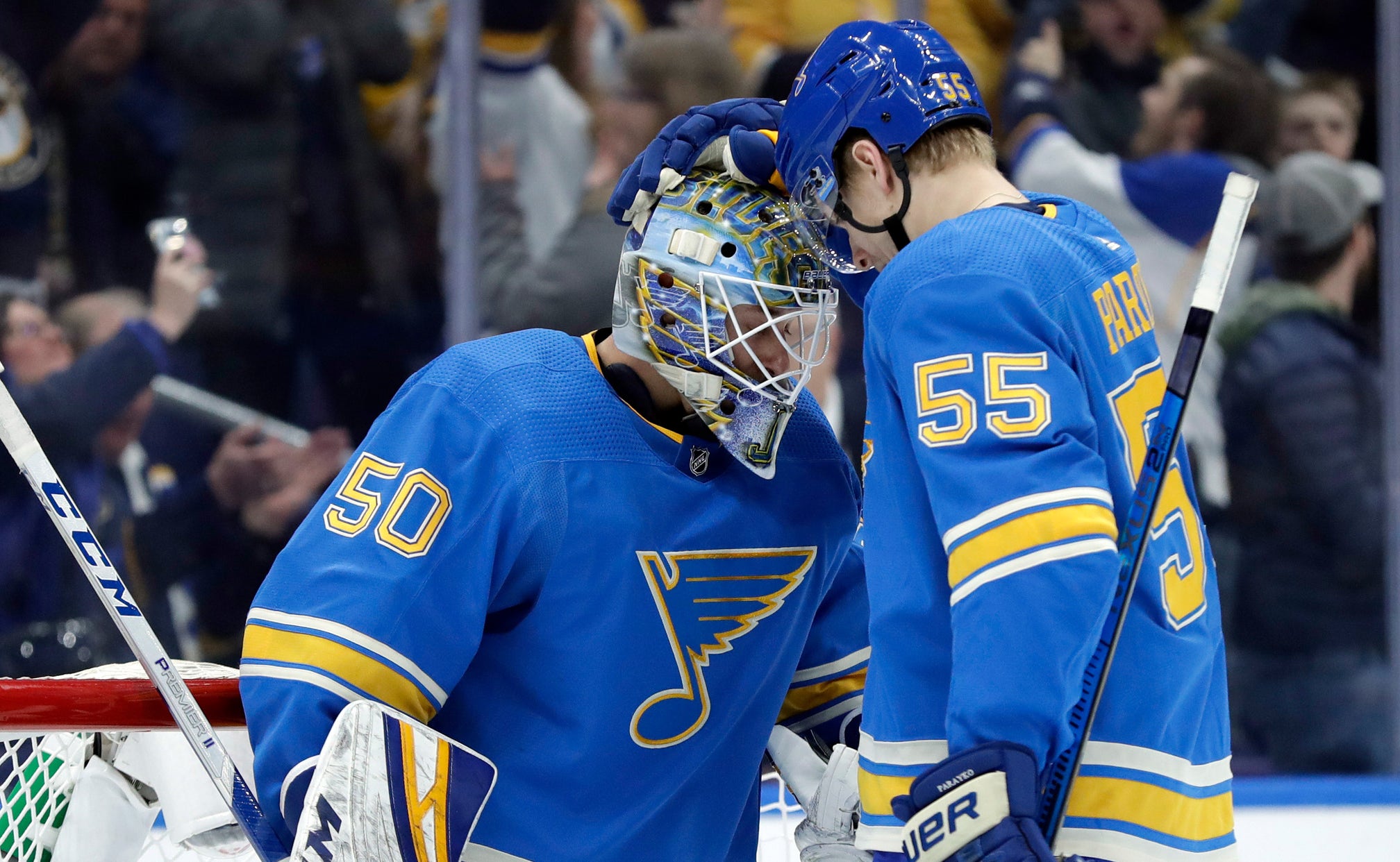 Blues capitalize early in 3-2 victory over Predators, hang on for fifth-straight win 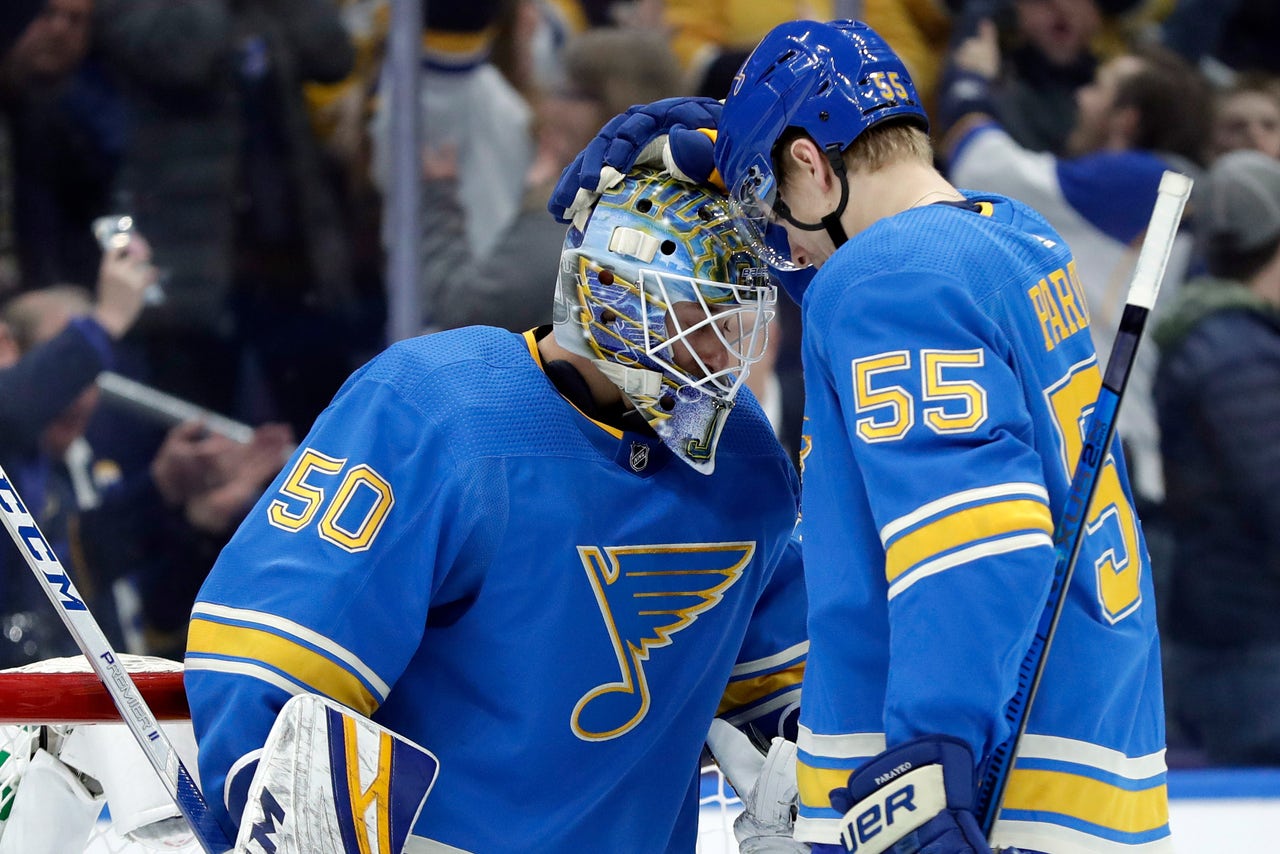 ST. LOUIS — Pat Maroon gave his team a spark the last time it faced Nashville when he fought Austin Watson 2 seconds into the game that snapped the Blues' five-game losing streak to the Predators. Therefore, he didn't hesitate to try and see history repeat itself when Cody McLeod challenged him two minutes into their next meeting.

"Always when somebody throws the gloves it's nice," Tarasenko said. "But it's a tough fight and Patty heated us up."

Vince Dunn and Mackenzie MacEachern also scored for the Blues, who have gone 11-4-1 in their last 16 and occupy the second wild-card spot in the Western Conference.

"Every line is chipping in at the right time," Maroon said. "All four lines are rolling and you can see why. Our defense is playing great and we're getting timely saves at the right time and we're scoring and we're going to the net and doing the little things that make this team a good hockey team."

Binnington has started all five games during the streak and improved to 9-1-1 in his NHL career.

"He's playing great," Blues interim coach Craig Berube said. "Every night he gives us a chance to win. I've said that a number of times but that is the truth. He's aggressive and challenges and he's standing tall."

Pekka Rinne stopped 30 of 33 shots for Nashville, which had won five of six. The teams meet again Sunday in Nashville.

"Pekka kept us in that game, but our first 40 minutes were just not good enough," Predators center Ryan Johansen said. "The good thing is we are right back at it tomorrow against the same team, and the work we brought in the third period is what we need tomorrow for the whole game."

Dunn scored his seventh goal of the season 2½ minutes after Maroon's tilt with McLeod when he roofed a rebound over Rinne 4:37 into the game.

Tarasenko gave St. Louis a 2-0 lead when he one-timed a pass from Brayden Schenn past Rinne with 1:15 left in the first. Tarasenko has registered a point (four goals, five assists) in seven consecutive games.

Mattias Ekholm scored his seventh goal of the season on a power play when his shot bounced off Binnington's glove to cut the St. Louis lead to 2-1. It was just Nashville's second power-play goal in its last twelve games.

MacEachern answered with his second career goal when he poked a rebound past Rinne to restore St. Louis' two-goal lead.

"The guys seem to have some confidence when the opposing team scores," MacEachern said. "I think it kind of fires us up a bit and we kind of go out there and respond, which is huge."

With Rinne pulled for an extra attacker late in the third, Nashville pulled within one when Johansen swatted Filip Forsberg's rebound out of the air for his 11th goal of the season.

Tarasenko has 26 points (11 goals, 15 assists) in 30 games against Nashville since 2012-2013, tying Dallas' Jamie Benn for second-most by an opposing player in that span. ... St. Louis has outshot its opponent in 19 straight games. ... Nashville has dropped two straight to St. Louis after winning five in a row dating to last season.

The teams head to Nashville for the second game of their back-to-back on Sunday.