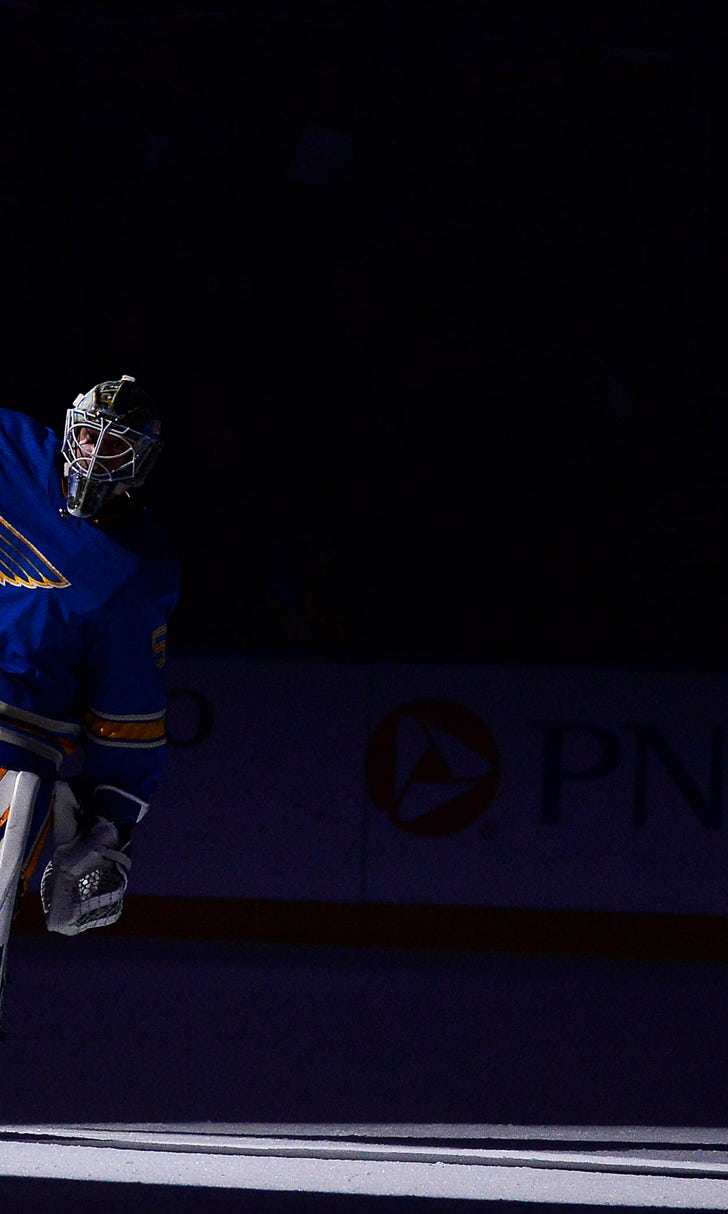 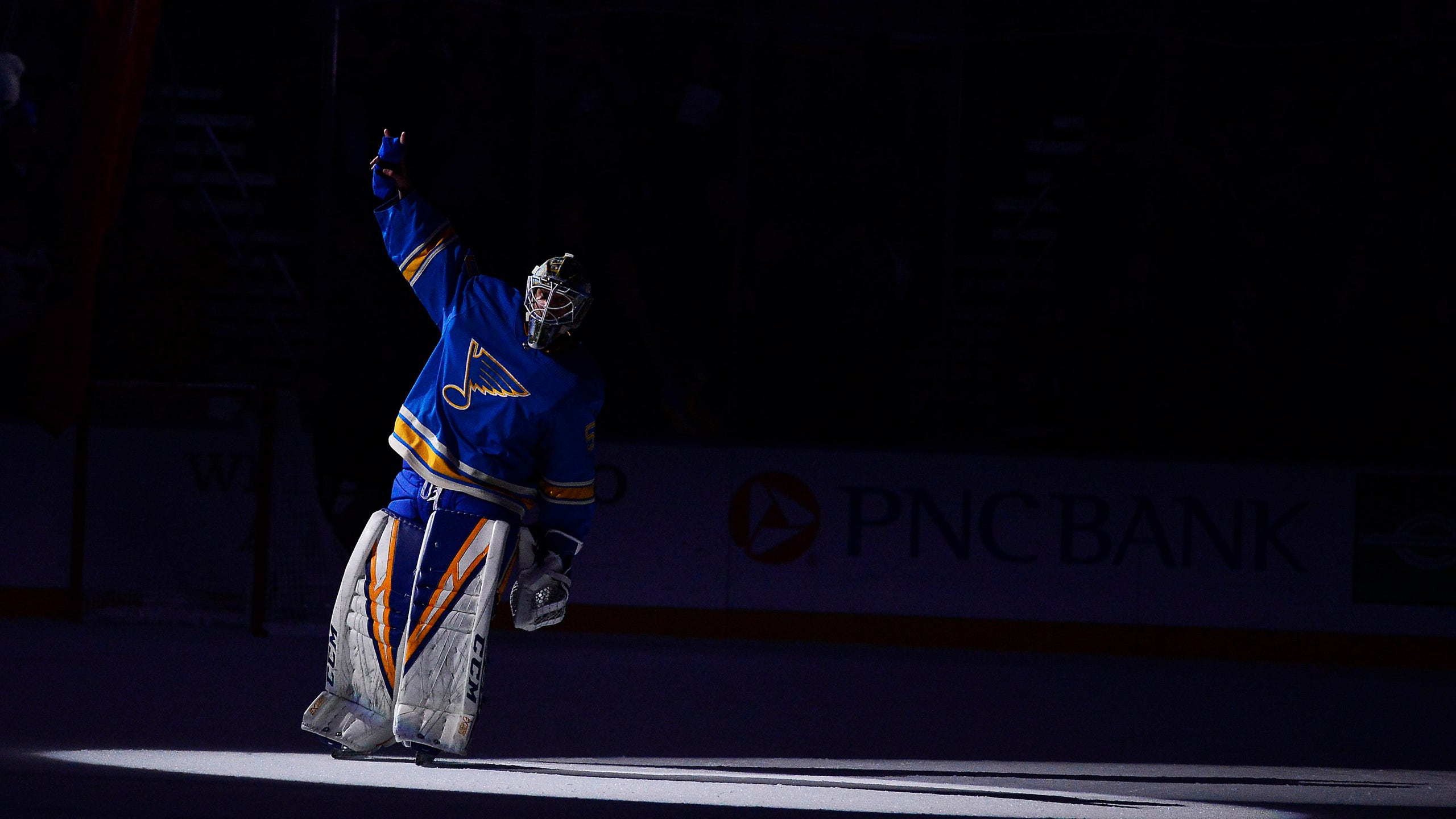 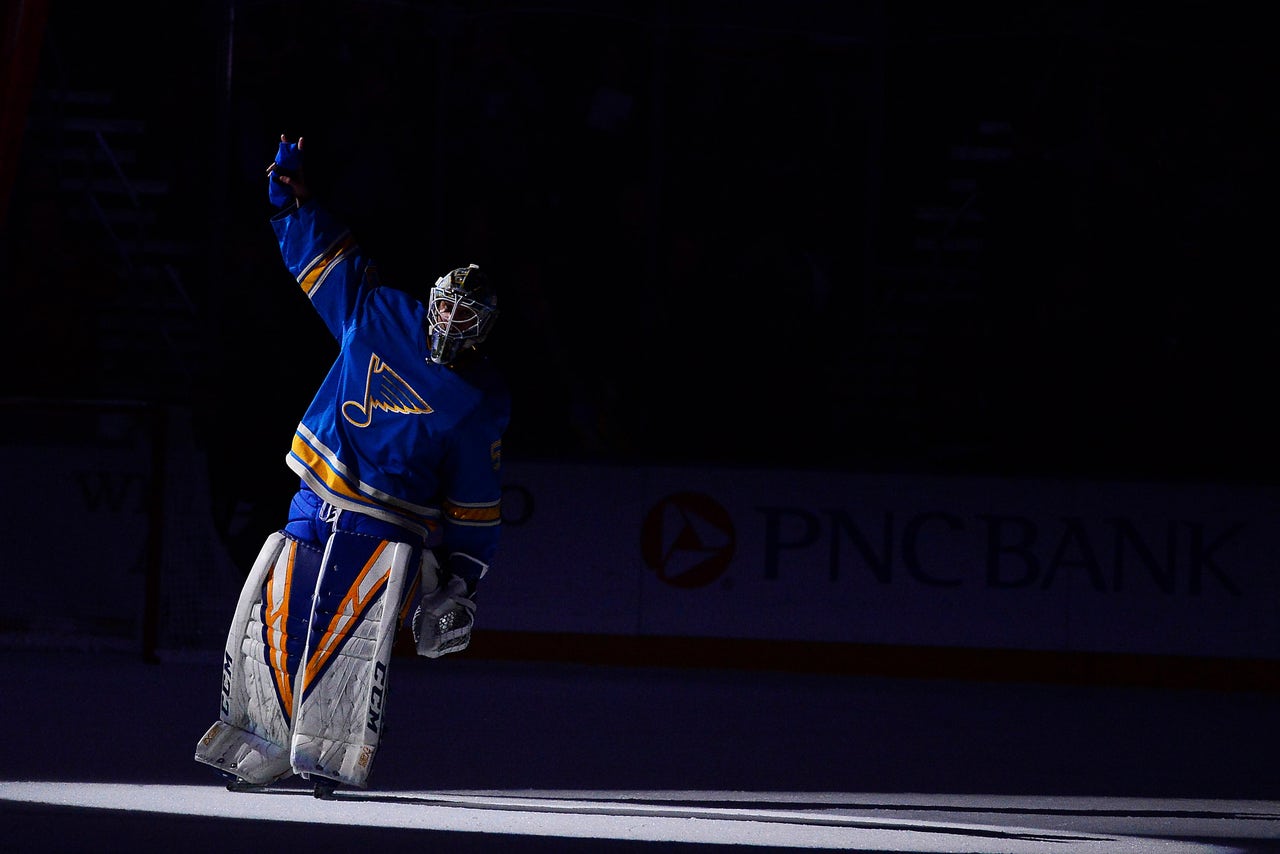 St. Louis Blues rookie goaltender Jordan Binnington's hot play has not gone unnoticed by the rest of the league.

Binnington, who won all three of his starts last week to improve his season record to 9-1-1, was named the NHL's first star of the week, the league announced Monday.

Binnington, 25, turned in a league-leading .954 save percentage and 1.31 goals-against average in wins over the Panthers, Lightning and Predators. He produced his second NHL shutout in Tampa Bay, stopping all 32 shots he faced through three periods and most of overtime before Brayden Schenn scored the only goal of the game. Binnington also had 22 saves on 24 shots against Florida and 29 stops on 31 shots in the front end of a back-to-back with Nashville.

Overall, Binnington leads the league with a 1.72 GAA among goaltenders who have played at least 10 games.

Thanks in part to Binnington's strong play, the Blues have won six games in a row and have moved into a playoff position in the Western Conference.