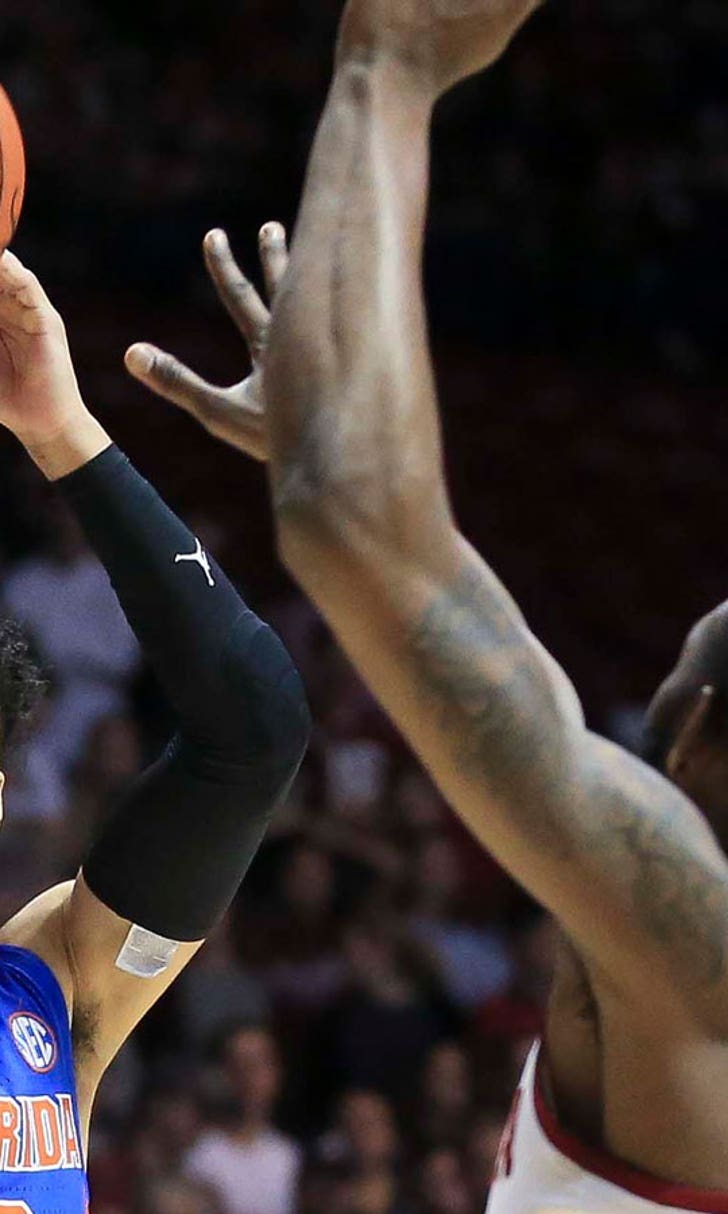 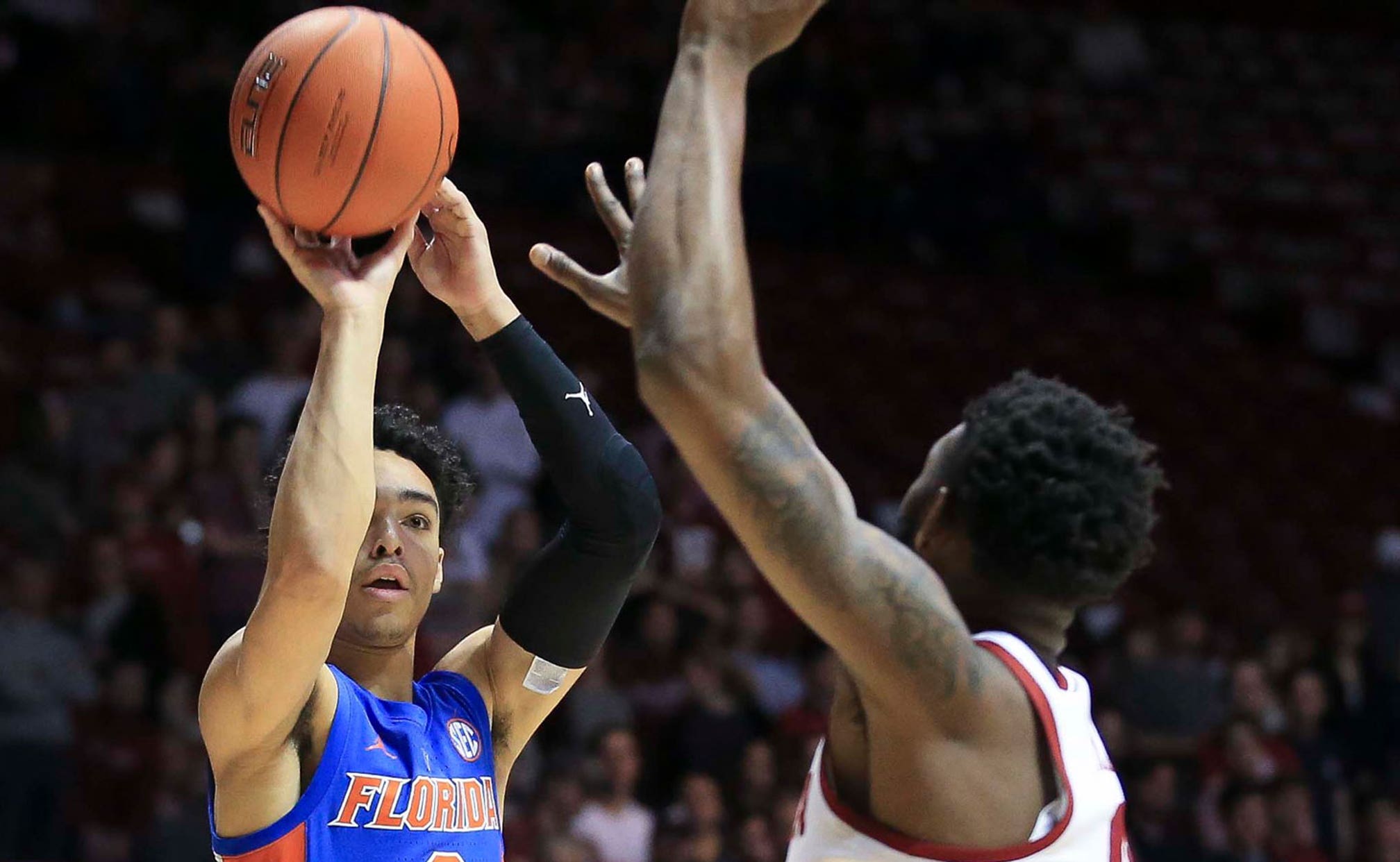 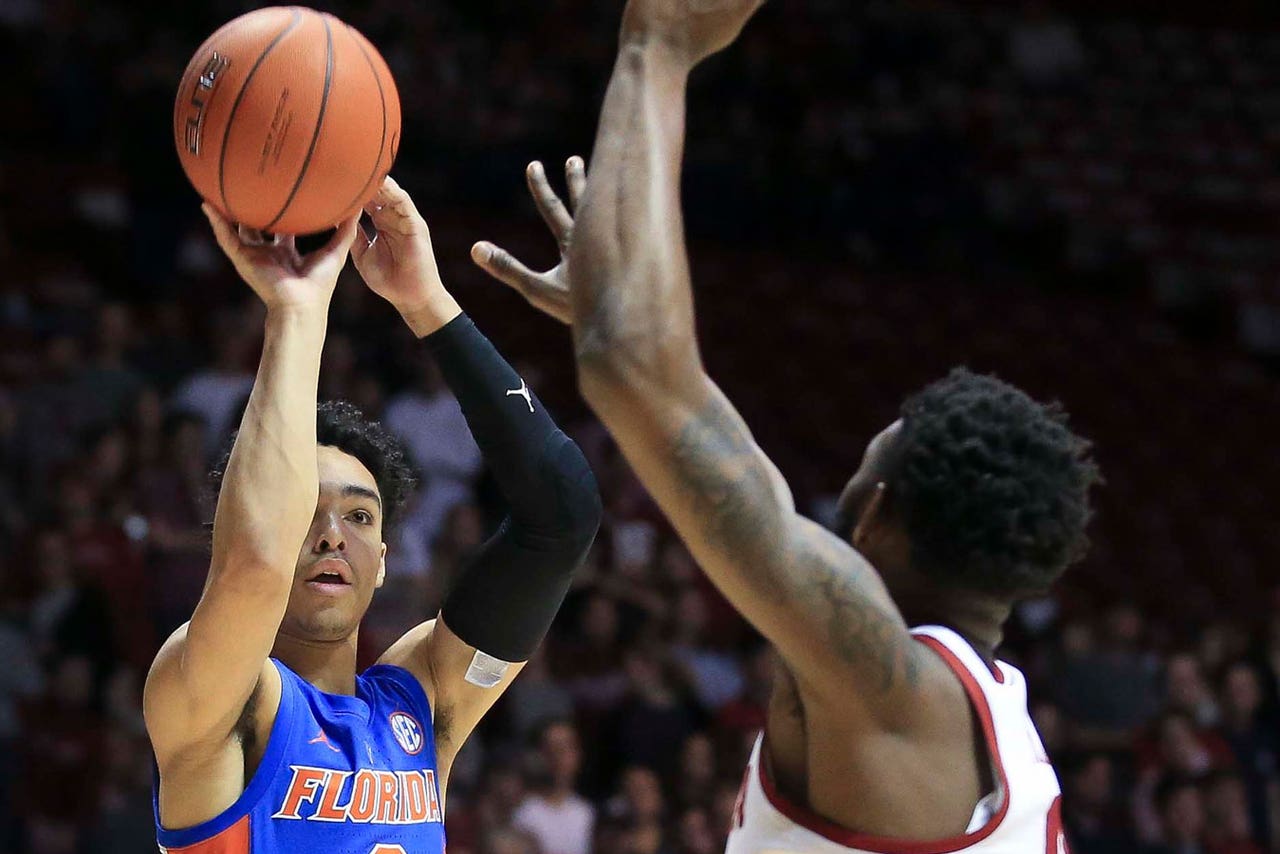 TUSCALOOSA, Ala. (AP) —Andrew Nembhard couldn't miss and for a while Alabama couldn't hit.

Florida's freshman star Nembhard scored a career-high 21 points without missing a shot and the Gators pounded the Crimson Tide 71-53 on Saturday in easily their most lopsided road win of the year.

"We did a pretty good job of dictating some tempo defensively," Florida coach Mike White said. "If this became a track meet, we wouldn't have had a chance."

His team then fought off a second-half rally attempt before it became too worrisome.

Nembhard, whose previous scoring high was 13 points, made all nine field goal attempts, including a pair of 3-pointers. He came in shooting 38 percent.

"The more I'm in the gym, I think, the more my confidence builds up," he said. "Coach (White) likes to help me a lot."

Keyontae Johnson had 14 points and 13 rebounds for the Gators, who shot 54 percent from the floor. KeVaughn Allen scored 13.

"They took it to us from the start," Tide coach Avery Johnson said. "They threw the first punch and we stumbled basically for the rest of the game.

"We tried to make a little bit of a run there — I think we cut it down to eight — but they were always in control of the game."

The Tide rebounded from that opening field goal drought to shoot 44 percent. But Alabama made just 10 of 22 free throw attempts and managed only one point better than its season-low.

The Gators took a 51-34 lead on Jalen Hudson's 3-pointer with 13:17 left. Alabama managed to cut it to single digits a few minutes later with an 8-0 spurt.

The Tide rally fizzled with missed shots on a pair of chances to pull to within five or six and Nembhard followed with a basket and free throw to effectively end the threat.

"I just feel like we lacked energy and we didn't execute our game plan very well," Petty said. "We had some major lapses on offense also."

Florida: The Gators have won eight in a row at Coleman Coliseum. Florida's last loss there came in 2006 and that team didn't lose again on its way to SEC tournament and national titles.

Alabama: With a home loss that won't look good on the NCAA Tournament resume, the Tide didn't make a basket until Galin Smith's layup with 12:15 left before halftime, missing its first seven shots.

The Tide coach said the team had little energy before the game and after it tipped off.

The Gators have found a way to win back-to-back games without Noah Locke scoring much. Coming off a 1-of-10 shooting, three-point performance in a victory over Vandy, he missed all four shots against the Tide.

"He was a part of us getting a lot of stops," White said.