SAN DIEGO – The San Diego Padres today announced details for 2018 Padres FanFest presented by T-Mobile, taking place on Saturday, January 13, at Petco Park from 10:00 a.m. to 4:00 p.m.  Admission to Padres FanFest is complimentary, with fans required to redeem entry tickets at www.padres.com/fanfest.  Fans may claim up to eight (8) complimentary tickets for the event and all tickets are delivered digitally through the MLB.com Ballpark app. 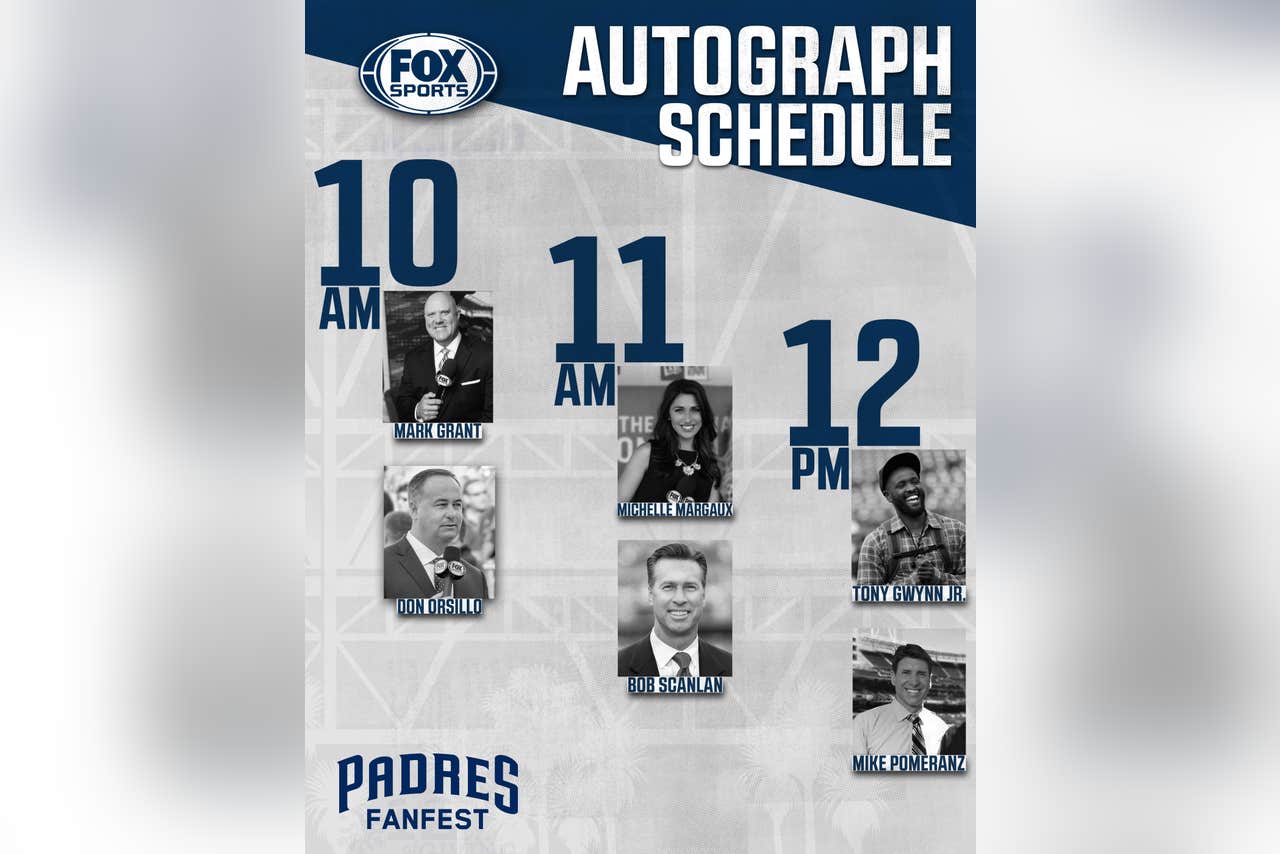 Gates for Padres FanFest will open to the general public at 10:00 a.m., with fans able to enter through the Home Plate and East Village Gates.  Padres Season Ticket Members will receive exclusive early access to FanFest beginning at 9:00 a.m. through the dedicated Member Entrance at the Home Plate Gate.  Parking is free of charge and available on a first-come, first-served basis in neighboring Padres-owned lots, including Lexus Premier Lot, Tailgate Lot and Padres Parkade, with spaces expected to fill quickly.  Padres Members may redeem one complimentary parking pass in advance through their online My Tickets account to be presented on the day of the event.

Padres FanFest will feature various interactive experiences, including Padres photo booths, KidsFest activations with bounce houses, games and face painting, the Military and First Responder Zone and the recently added Breitbard Hall of Fame located on the Main Concourse in the Western Metal Building.  Select concessions will be open on the Main Concourse and in Park at the Park during the event.  In celebration of the 20th anniversary of the Padres 1998 National League Championship Team, the visiting clubhouse will feature locker exhibits and surprise visits by ’98 team alumni.

New to Padres FanFest in 2018, fans will have the unique opportunity to participate in various activities on the field at Petco Park.  In addition to Kids Run the Bases, fans will be able to play catch in right field, catch fly balls in center field, throw three pitches in the visitor’s bullpen and have their photo taken at the left field wall and view the Grounds Crew field maintenance equipment.  Other elements of the day will include the Home Run Derby VR Experience and the Sony Experience gaming area located in the Padres Majestic Team Store.

Padres players, alumni and broadcasters will be available to sign autographs from 10:00 a.m. to 2:00 p.m. at three designated locations around Petco Park.  Autographs are available on a first-come, first-served basis and are not guaranteed.  Fans will also have the opportunity to take part in three Q&A sessions at the Park at the Park stage with Padres players, coaches, alumni, broadcasters and front office personnel.  The Q&A sessions are scheduled to begin at 11:00 a.m., 11:25 a.m. and 12:00 p.m.  Fans are encouraged to stay for a Player Pictionary competition at 1:00 p.m.

Fans in attendance will be able to participate in the Computers 2 San Diego Kids E-Waste Event.  From 8:00 a.m. to 1:00 p.m., fans are encouraged to bring old electronics and computers to Tailgate Lot prior to entering the ballpark.  Fans will receive a giveaway item when they donate an old electronic from 8:00 to 10:00 a.m., subject to availability.

Standard Petco Park security and screening procedures will be in place for Padres FanFest.  Re-entry to the event is permitted, though fans who exit will be screened upon re-entering the ballpark.

Information about Padres FanFest, including maps, schedules, exclusive giveaways and further details can be found in the MLB.com Ballpark app.  Entry to FanFest will be exclusively through digital tickets found in the app.  Fans are encouraged to download and familiarize themselves with the app prior to attending the event.

Please visit www.padres.com/fanfest for additional details and the most up-to-date information.